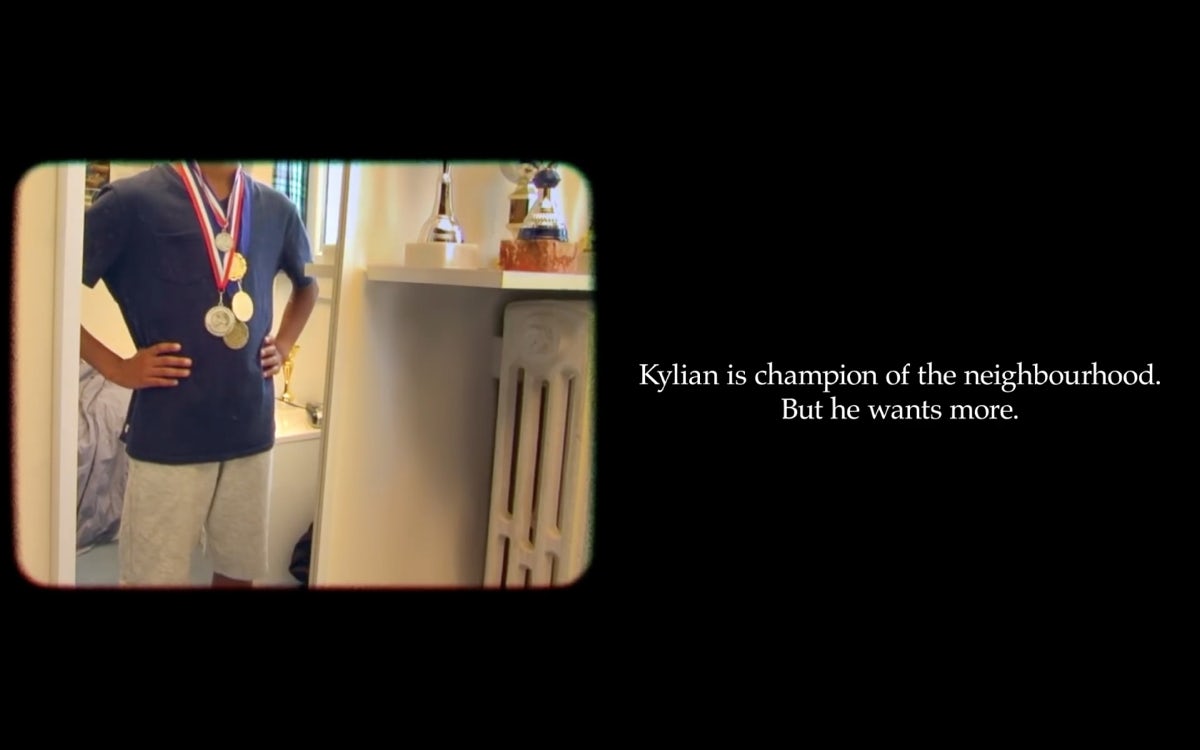 The ad, created by Wieden + Kennedy Amsterdam, traces the last ten years of Mbappé’s life, from football-crazed ten-year-old to World Cup winner at 20.

Present-day footage of the Paris Saint-Germain player is cut with videos of his younger self going to practice, watching hours of football, and reading footie mags – all the same stuff he does today, except now it’s magazines with his face on them.

Despite dealing in fairly grand subject matter, the ad itself is relatively low key, and all the more effective for it. There’s something moving about seeing Mbappé’s younger self full of big ambitions, most of which he’s now achieved. The tagline neatly sums it all up: Love your dream until it loves you back.

As well as the film, a mural of young Mbappé fast asleep, and dreaming of what lies in store, is set to pop up in Bondy, Paris, where he grew up.