The aim of this in-store promotion from Nike is to show off the bouncy and soft cushioning effect in the new Nike Epic React running shoes. The best way to do this is, of course, by getting customers running, so Wieden + Kennedy Shanghai created an unexpected experience which allows shoppers to show off their athletic skills in a video game format.

To participate in the Reactland experience, Nike and the agency invites visitors to the store to first scan themselves to create an avatar to appear in the game. They are then asked to run on a treadmill while using a handheld button to navigate Reactland. The further a player runs in the game, the further up the leaderboard they travel. In the game, players run through a floating metropolis in China, the Great Wall built in the clouds, a super soft panda land, a bubbling Fuji Mountain, a bouncy Santorini, a jumping frog in France, and a slinky Tower of Pisa, all the way to the Statue of Liberty in New York.

By showing each player’s progress on large screens in the store, onlookers can also cheer on their friends, making it an entertaining experience even for those just watching from the sidelines. 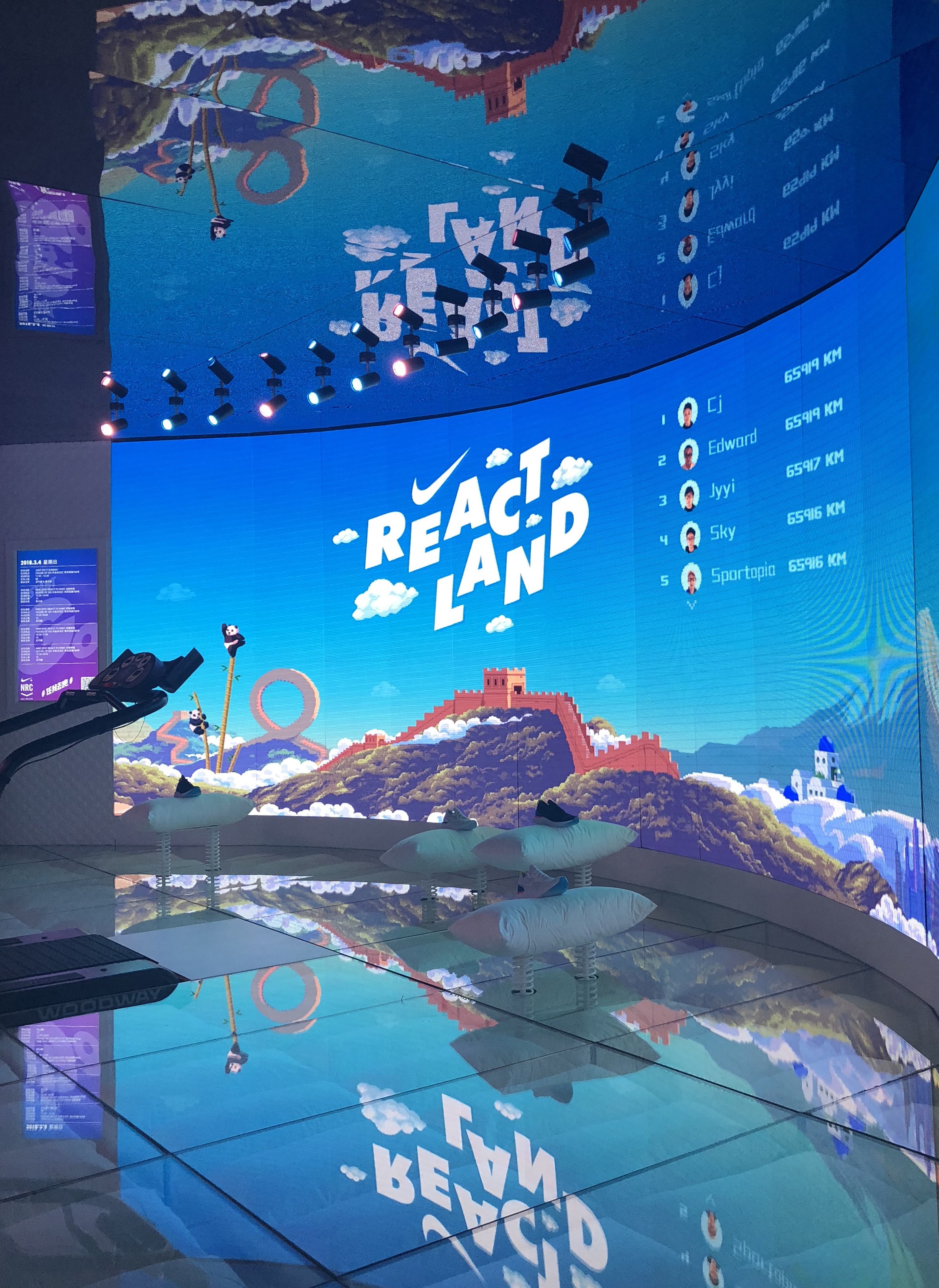 To then further spread the word about the experience, players are given a ten-second version of their experience that can be shared on social media.

Reactland can currently be experienced in selected Nike Stores in Shanghai, Beijing, Guangzhou and Chengdu.