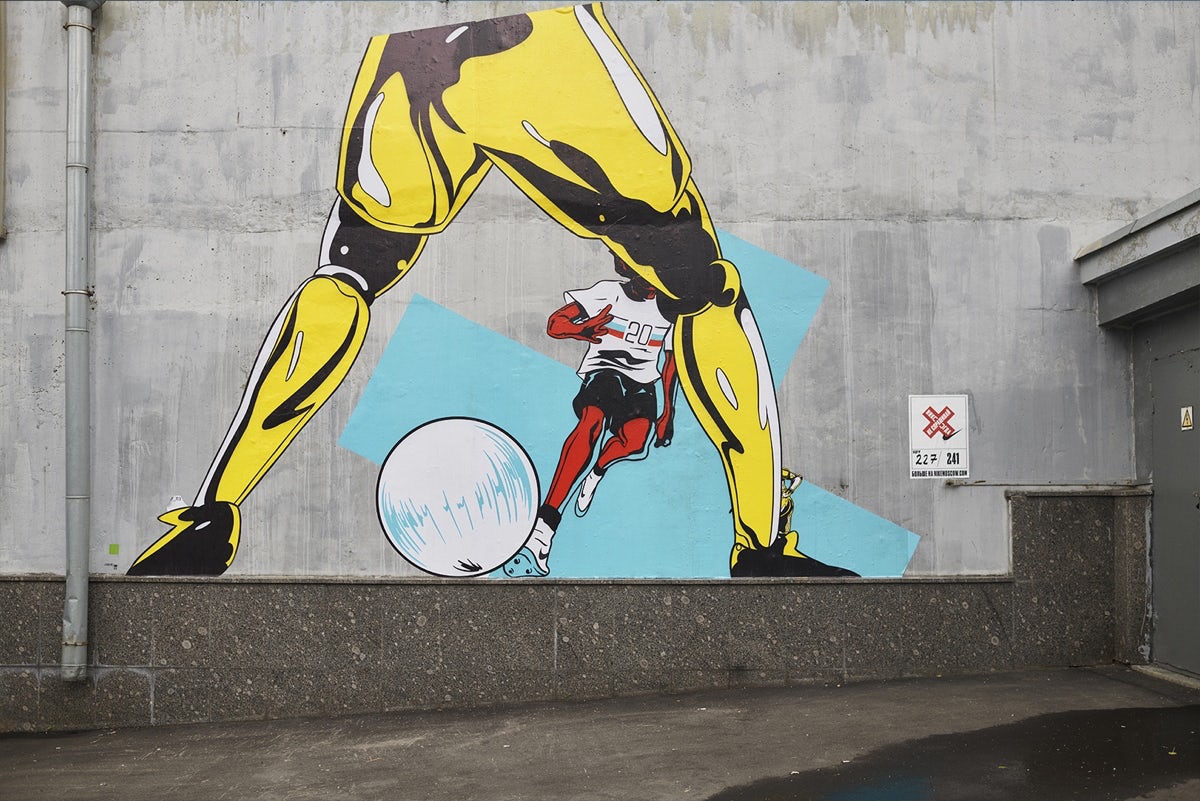 A trio of Russian athletes are featured in the Nike ‘Never Ask’ films, which highlight that it’s not always smooth sailing when it comes to sports success. Although released for the 2018 World Cup, Nike’s campaign features a runner and a swimmer as well as Russian football player Fedor Smolov.

The sports might be different, but each person’s story shares a common thread – that of overcoming assumptions, and saying nikogda, or never, to asking for permission to realise an ambition.

For footballer Smolov this meant surpassing his country’s low expectations after a disappointing start to his career, while synchronised swimmer Aleksandr Maltsev discusses being a male athlete in a predominantly female sport, and runner Elena Fedoseeva recounts society’s perception of her as a blind person.

At a time when football is, understandably, the laser focus of most sportswear brands, it’s interesting to see non-conformists from other sports being celebrated as well. 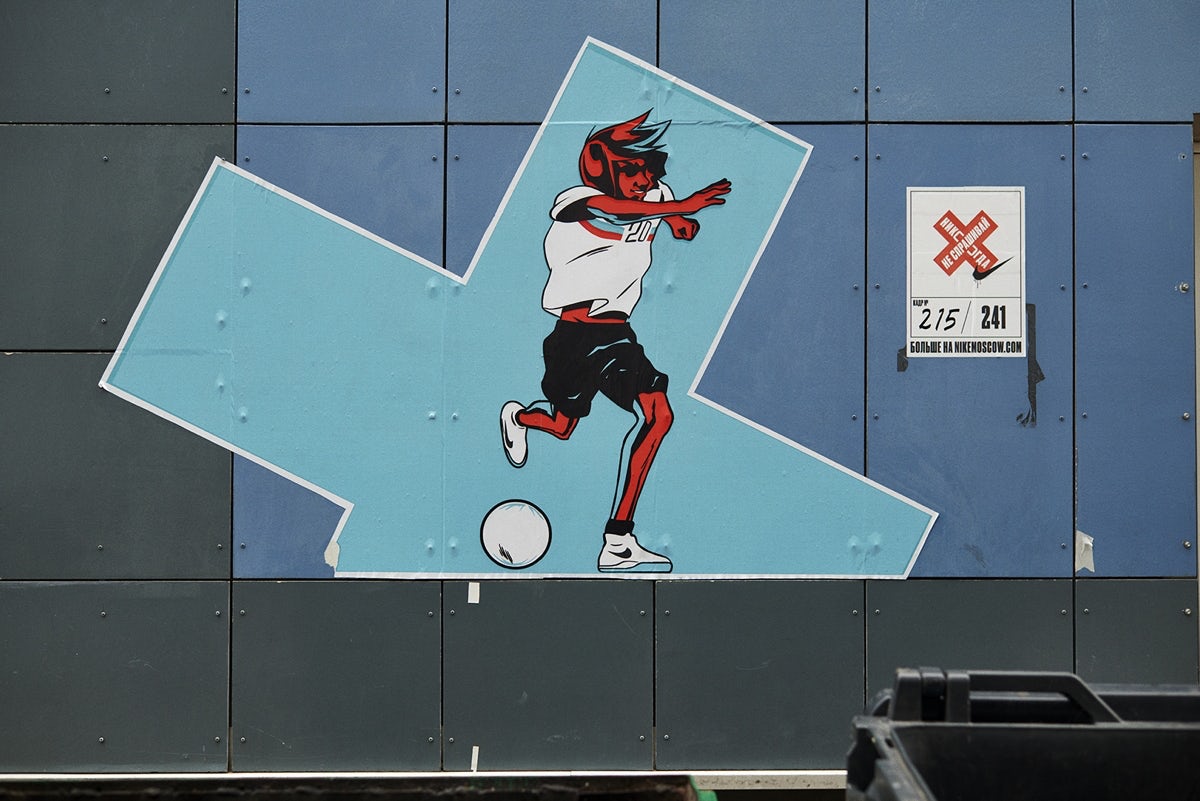 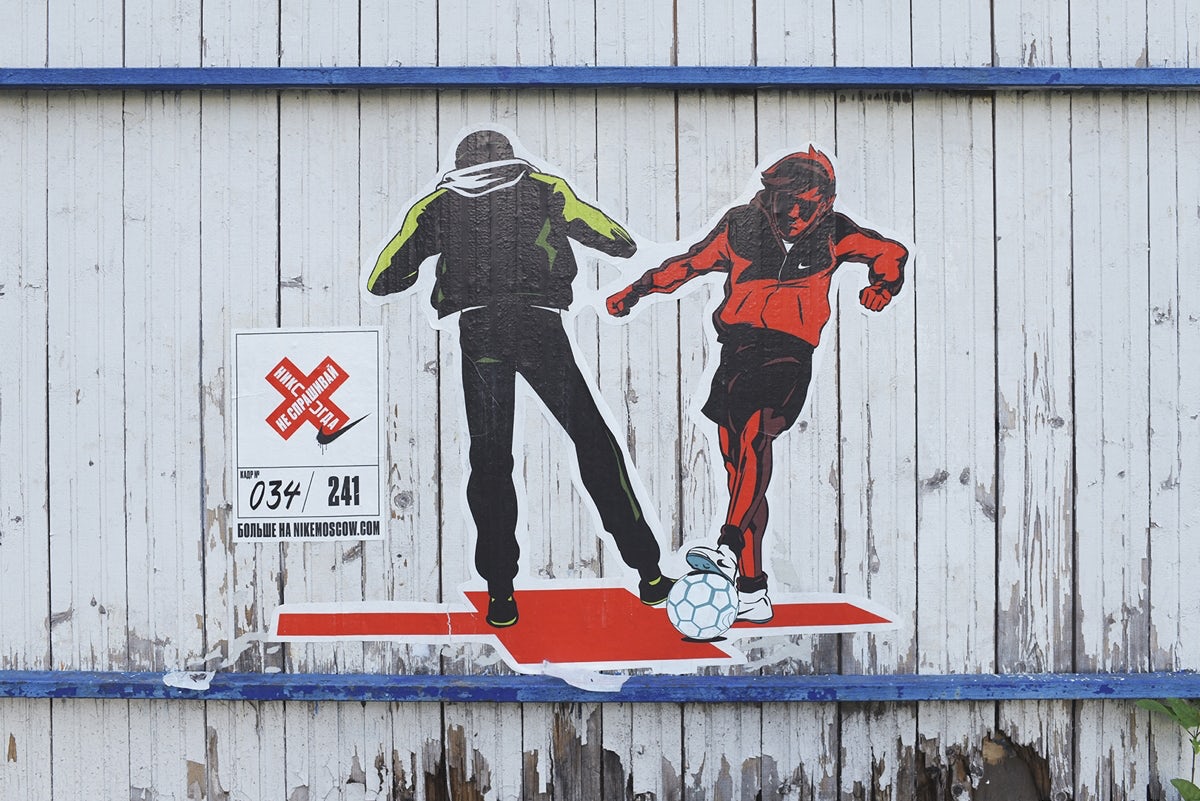 In addition to the films, Wieden + Kennedy Amsterdam also painted hundreds of murals on Moscow’s korobkas – courtyard cages where street football is played. Each of these has been turned into a single frame of an animated film that tells the story of a plucky young footballer with a rebellious spirit – obviously echoing the rest of the campaign.

The Never Ask campaign follows hot on the heels of Nike Brazil‘s World Cup ad, although there’s still no sign of a global campaign from the brand this year.