The goal features embroidered text stating ‘Greatness starts with a goal’ and its crossbars show an illustrated timeline of Ronaldo’s career in 15 scenes. Designed by Portuguese artist AkaCorleone, these depict the places that shaped him, significant moments so far and the many accolades he has received.

The renovated pitch accompanies an ad from Wieden + Kennedy Amsterdam, which features imagery from the island of Madeira, where tributes to Ronaldo abound. These scenes are accompanied by a voiceover from many of Ronaldo’s footballing peers, including Ruud van Nistelrooy, Rio Ferdinand and Marcus Rashford, who explain just what it is that sets him apart from other players, including the determination and drive that was there from his earliest years. 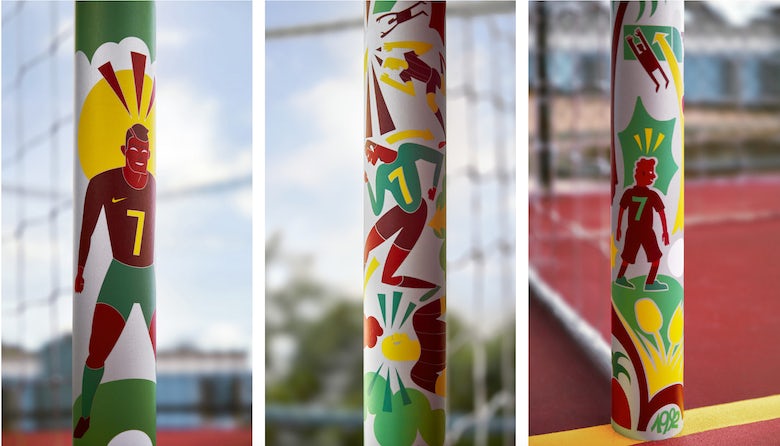