It’s the first time many of these covers have seen the light of day and show some of the twists and turns designers have to make to satisfy publishers’ demands.

In some cases, it’s easy to trace the thinking behind each cover – such as Carlos di Cielo’s cover for Sinclair Lewis’s It Can’t Happen Here, which goes through several iterations of the American flag before settling on a deconstructed version.

Other examples in the aptly titled No, No, No, No, Yes express some of the frustration designers must have felt during the design process.

These include having to start from scratch with each rejection or following a single visual thread for several versions before eventually settling on something completely different.

It’s hard not to quarrel with some of the decisions made – particularly when you see Ivan Maslarov’s final design for Max Porter’s Grief Is The Thing With Feathers stacked up against his more subtle, illustrated earlier versions.

While No, No, No, No, Yes might create a new appreciation for the book designer’s craft, it creates fresh frustration with publishers that opt for the safe version. 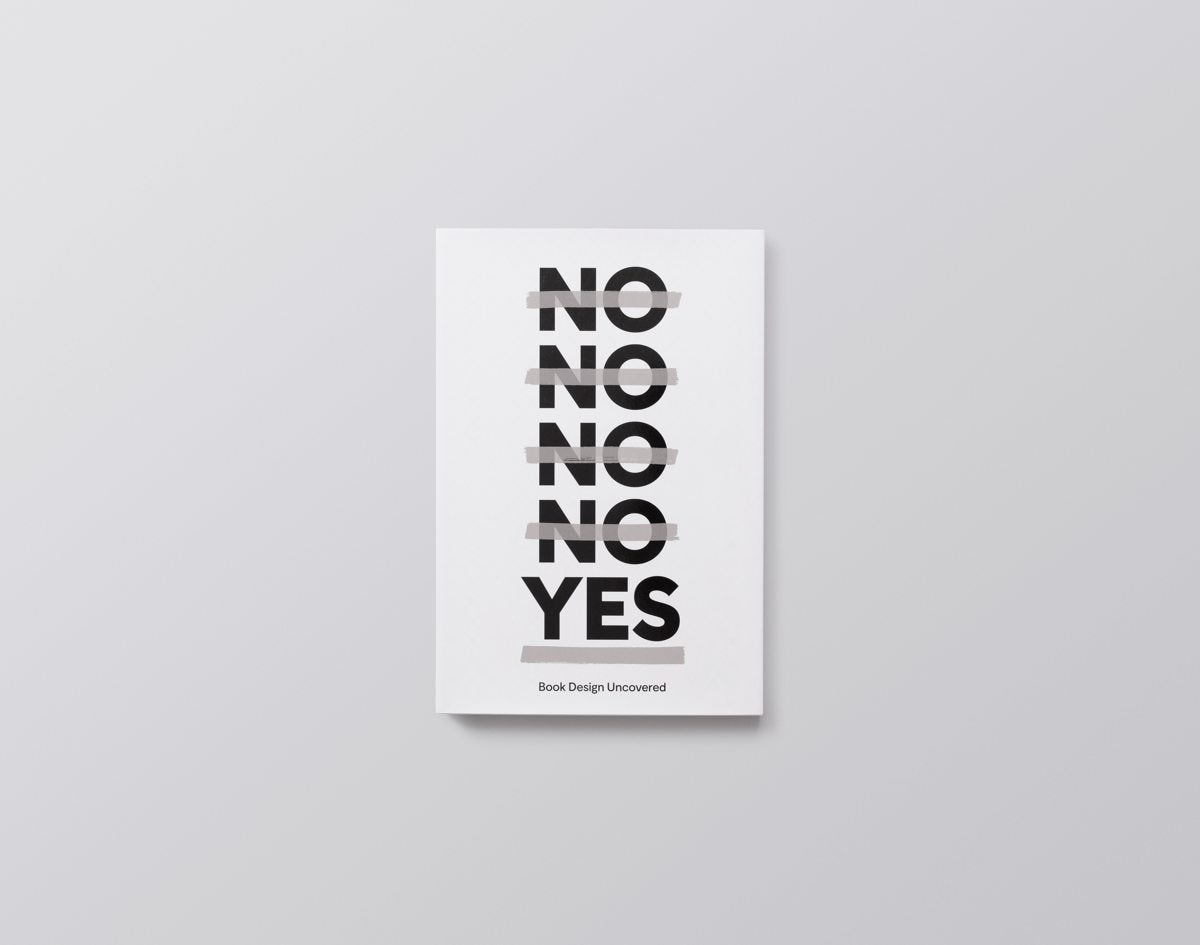 Fittingly, for a book about cover design, No, No, No, No, Yes’s own cover can be ‘redesigned’. Its dust jacket is removable, and can be re-orientated to create five different covers