Where do football songs come from? Not the tunes, which are usually snatches of either old standards or current chart favourites, but the lyrics. Before the days of blogs, fan forums, or even fanzines, the way in which new chants or songs would emerge and become popular was one of the great social phenomena of our day. The last slogan in our list began life as a terrace song, to the tune of Rod Stewart’s Sailing, at south-east London club Millwall. But ‘No-One Likes Us, We Don’t Care’, became more than a fan favourite, it came to symbolise the attitude of a whole club and so deserves a place on our list. 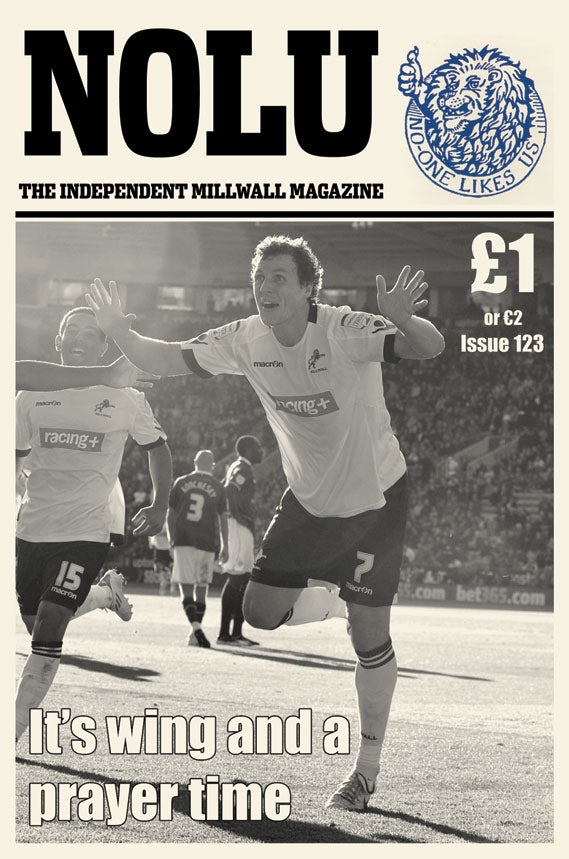 During the 70s, Millwall fans earned a reputation for hooliganism. Many at the club felt they were unfairly singled out, particularly as there were plenty of other clubs with hooligan elements in England at the time. Resentment peaked following a 1977 BBC Panorama documentary on Millwall which was criticised for supposedly exaggerating the involvement of the National Front and unfairly demonising the club’s supporters. ‘No-One Likes Us, We Don’t Care’ was the fans’ defiant response. As Michael Parker, who now runs the NOLU Millwall fanzine (founded by Keith Pegg) says, “it was us having a pop back at the lazy journalists who published boring negatively biased articles against Millwall”. He remembers it first being sung after a home FA Cup match against Ipswich but, “It really took off in 1985 following another FA Cup match at Luton, after which politicians and media alike attacked the Millwall support base. There were even some attempts to have the club closed down.” The slogan has now become as closely associated with the club as its lion symbol with both appearing on official merchandise, defining the attitude of a club from the ‘wrong’ part of London that will always see itself as an outsider. As Ogilvy’s Rory Sutherland put it when choosing the slogan in our online poll it’s “an unbeatable example for a challenger brand”.