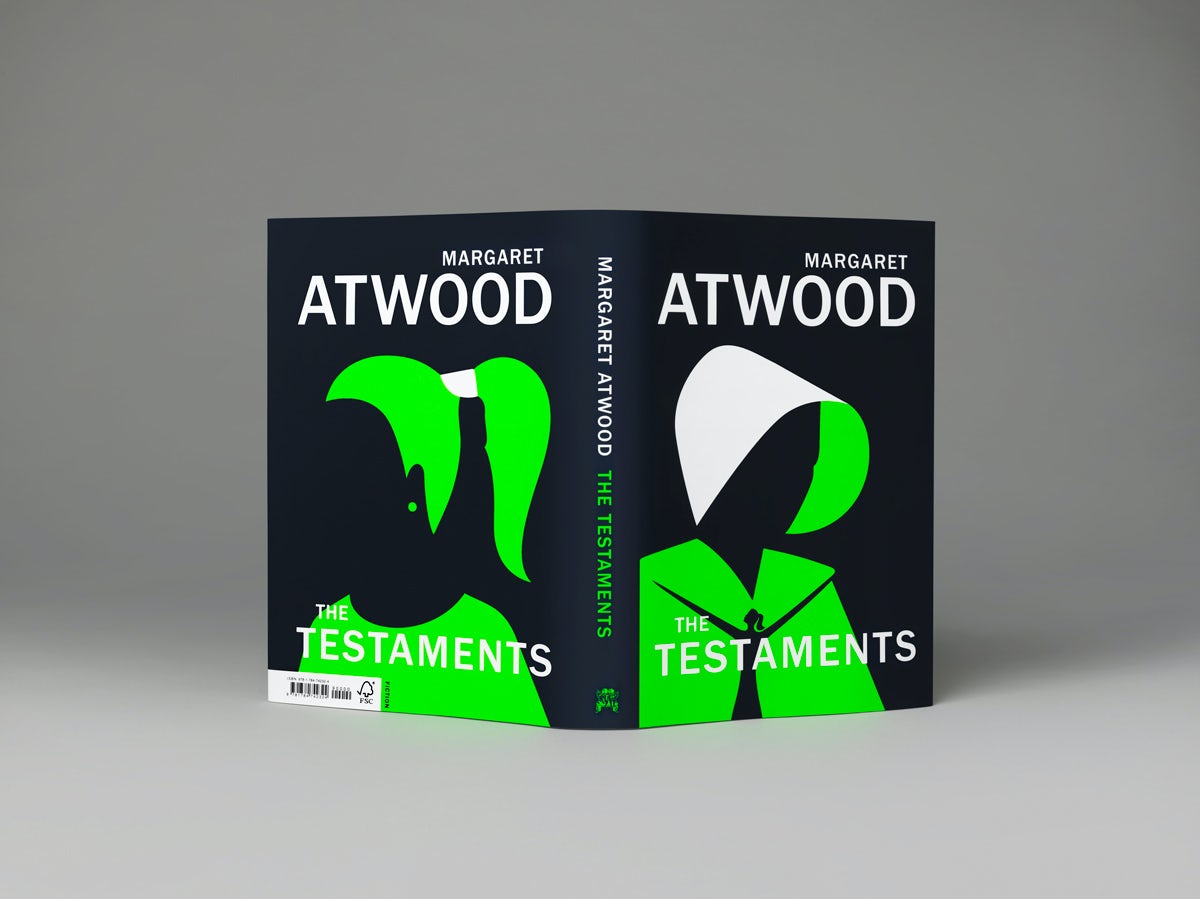 It’s been 35 years since the release of Margaret Atwood’s seminal tome The Handmaid’s Tale. Shortlisted for the 1986 Booker Prize, the novel paints a vivid picture of a modern day America that has been transformed into the totalitarian state of Gilead: a patriarchial, Puritan society where fertile women are forced to produce offspring for childless couples.

The Handmaid’s Tale has taken on a new life over the last few years, largely thanks to the Emmy-winning TV adaptation starring Elisabeth Moss, but also in reaction to the election of a misogynistic President in the form of Donald Trump – marked by the presence of the handmaids’ cloaks at protests and women’s marches around the world.

As well as working as a consultant producer on the TV adaptation since 2017, Atwood has been busy writing the sequel to The Handmaid’s Tale. Fittingly also shortlisted for this year’s Booker Prize, The Testaments is set 15 years after Offred’s cliffhanger final scene but is narrated by three different female characters.

The plot has been kept tightly under wraps up until the novel’s release, with Atwood revealing little except for the ambiguous statement: “Dear Readers: everything you’ve ever asked me about Gilead and its inner workings is the inspiration for this book. Well, almost everything! The other inspiration is the world we’ve been living in.”

#thetestaments published officially in London at Midnight at @Waterstones Piccadilly.. thanks to amazing PRH , bookstore and Curtis Brown teams who put it together!

There is one central element of The Testaments’ plot that is alluded to with its distinctive cover design by Noma Bar: two of the book’s narrators are believed to be Offred’s daughters (the first of which was snatched from her and raised by a Commander family, while the younger girl was born during the course of her escape from Gilead).

It’s not the first time that Bar has taken on the challenge of bringing Atwood’s words to life. He previously worked with Vintage Creative Director Suzanne Dean on the covers for its Dystopia series, which included classics such as Brave New World, Nineteen Eighty-Four and, of course, The Handmaid’s Tale.

Was he conscious that The Testaments would be directly compared to his previous work? “Although it’s connected to The Handmaid’s Tale, I don’t think that I suffered from second album syndrome,” says the illustrator. “This cover had different needs, it’s a different product with a slightly different market.”

For starters, the highly secretive nature of the project meant that it felt more like an “intelligence operation”, says Bar, who used code names to communicate with Dean and the rest of the team, as well as making sure that absolutely no paper trail was left behind. 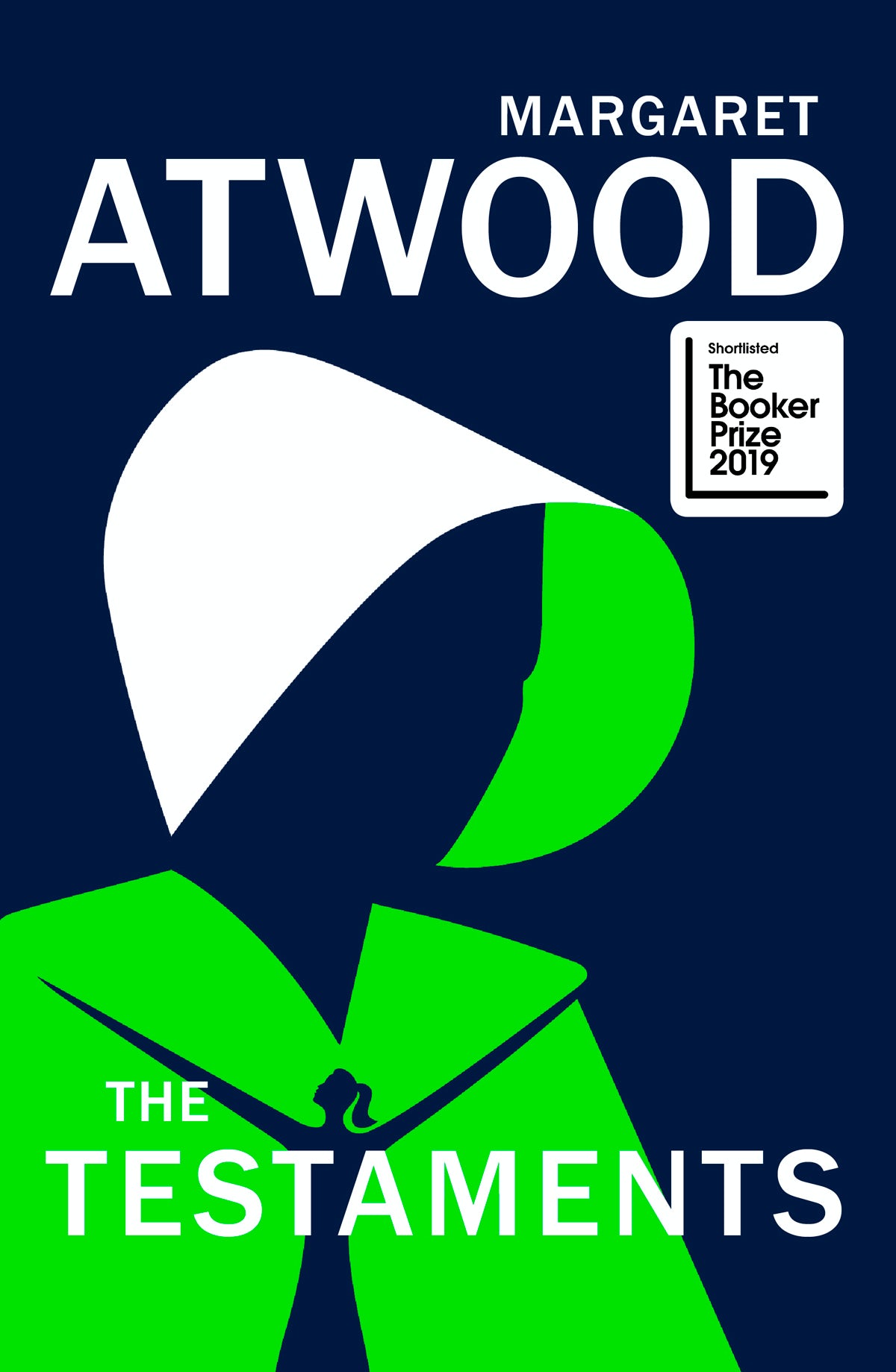 Bar’s brief from the publisher was to create a contrasting image of the two sisters seen on the front and back covers, playing up to the fact that they are in wholly different situations, locations and circumstances. While the front cover bears a generic resemblance to his design for The Handmaid’s Tale cover, featuring the handmaids’ distinctive cloak and bonnet, the back cover depicts a girl that would be recognisable to most of us today, wearing earrings and her hair tied up.

“The main thing I wanted to do was to show the parallel worlds and lives of the two girls by reflecting and mirroring the sisters,” says Bar. “We chose the design as a double cover as I wanted to highlight the two characters’ presence – it’s not about one sister, it’s about two worlds.”

In typical Bar fashion, however, the covers are not as simple as they may immediately seem. Look a little closer and the illustrator’s clever use of negative space reveals two hidden figures. “On a second glance the readers will discover the connection between the two; each sister contains the other,” he says. “Freedom contains opression and opression contains freedom.”

Why does Bar think his penchant for the double entendre fits so well with Atwood’s style of writing? “I live in this world in a graphic way where I work with opposites and the connections between two sides,” he says. “I think that myself and Margaret are meeting in the worlds of black and white, dealing with positive and negative.”

The Testaments is published by Chatto & Windus; dutchuncle.co.uk/noma-bar