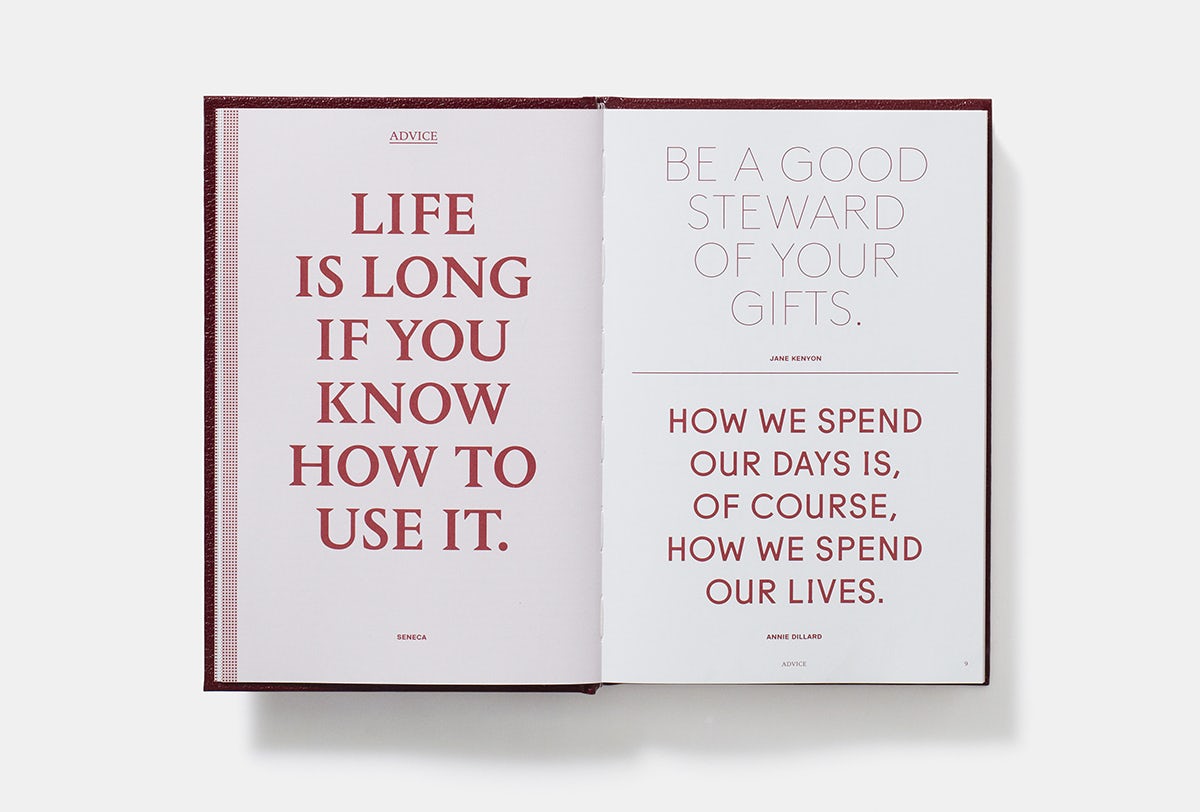 For the more jaded among us, the ‘inspirational quote’ holds many terrors. Greetings cards, typographic posters, gift books lurking by the tills at Waterstones and (the horror) Instagram feeds dedicated to treacly entreaties to “shine like the whole universe is yours” stand ready to trigger the gag reflex at every turn.

So it was with some trepidation that we received a new book by Phaidon containing over 700 “Insightful quotes by writers through the ages”. First thoughts: ‘why print something like this when we have Twitter?’ Followed by ‘is it Christmas already?’ 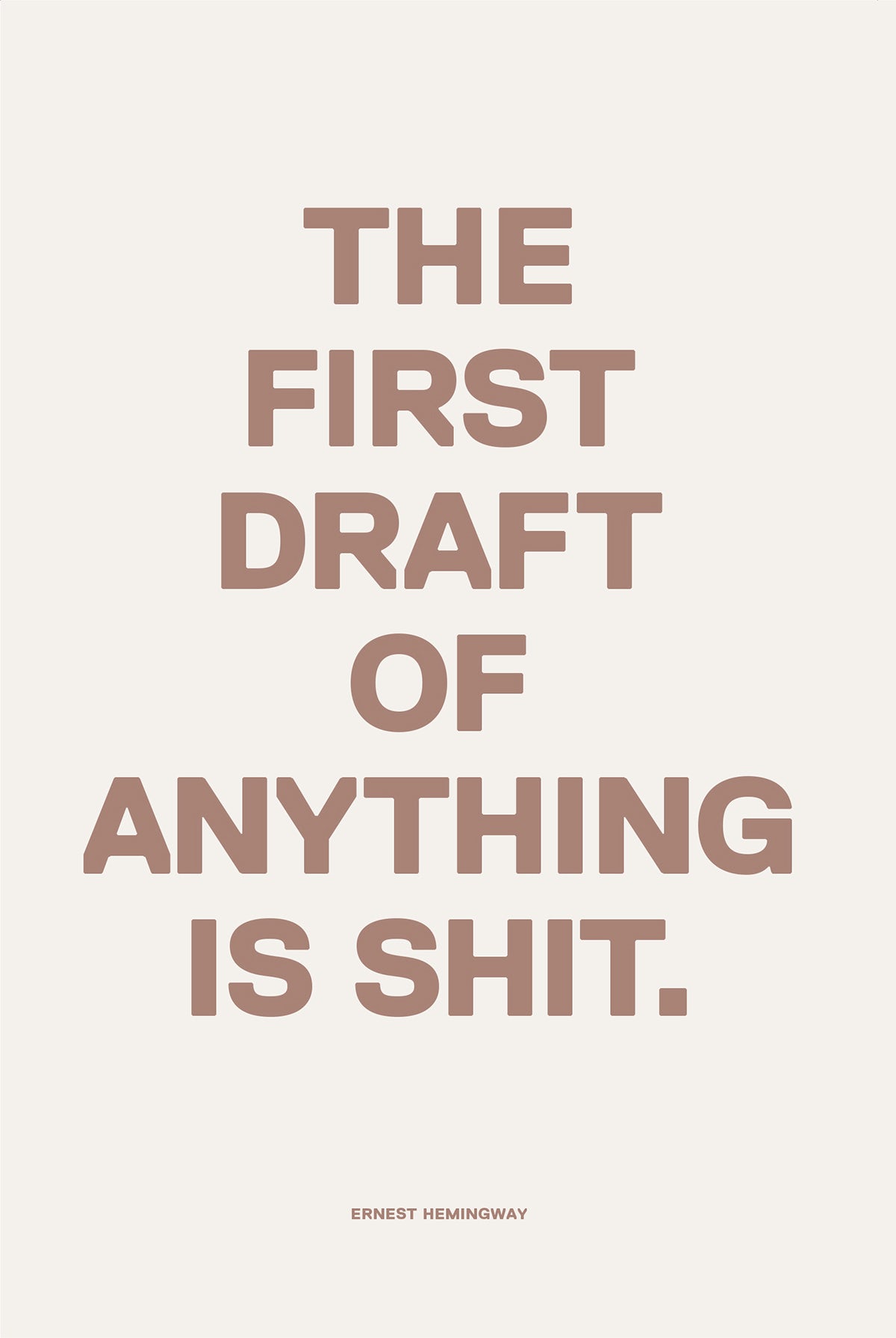 But Every Day A Word Surprises Me takes a very simple, not to say hackneyed format, and makes something really quite entertaining and useful out of it. It’s just a collection of quotes, rendered in various typefaces – nothing more than that. But thanks to some imaginative categorisation and sourcing that takes in published interviews, private journals and letters, any writer will find something of use here.

There is plenty of practical advice – from how to get started (“never open a book with weather,” says Elmore Leonard) to working with character, picking a subject and securing the right tools for the job (paper, tobacco and “a little whiskey” for Faulkner). Overcoming self-doubt, writer’s block and the dreaded critic also feature: “Never demean yourself by talking back to a critic, ever,” advises Truman Capote. “Write those letters in your head, but don’t put them on paper.” 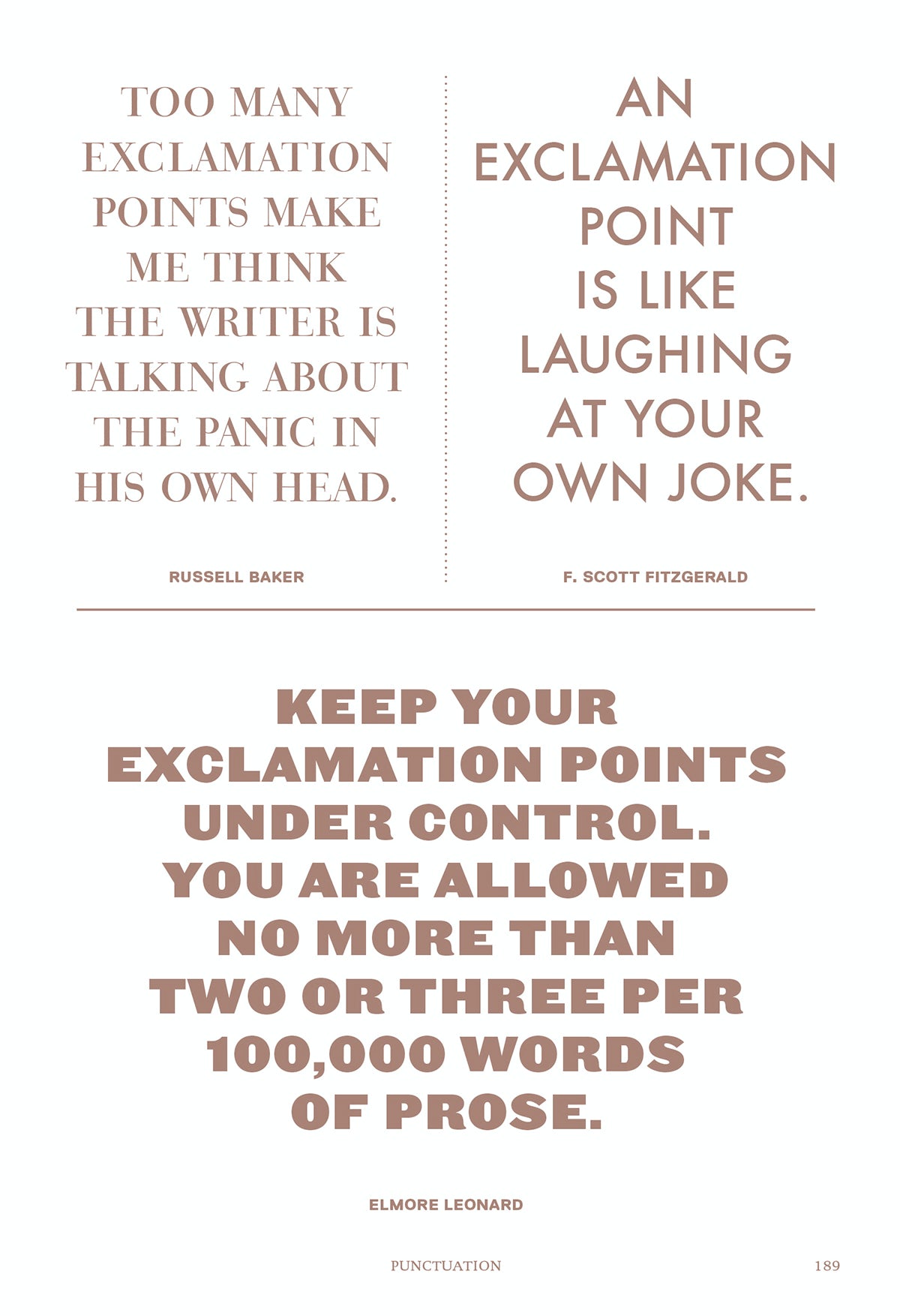 We may be familiar with authors’ (sometimes over-dramatic) claims that writing is hard work, but the exquisite pain of the process for so many comes through strongly here: “I suffer from terrible nausea about my own work,” says Lawrence Durrell, “purely physical nausea.” But so does the joy of writing and the compulsion to do so: “I’m just going to write because I cannot help it,” says Charlotte Brontë. 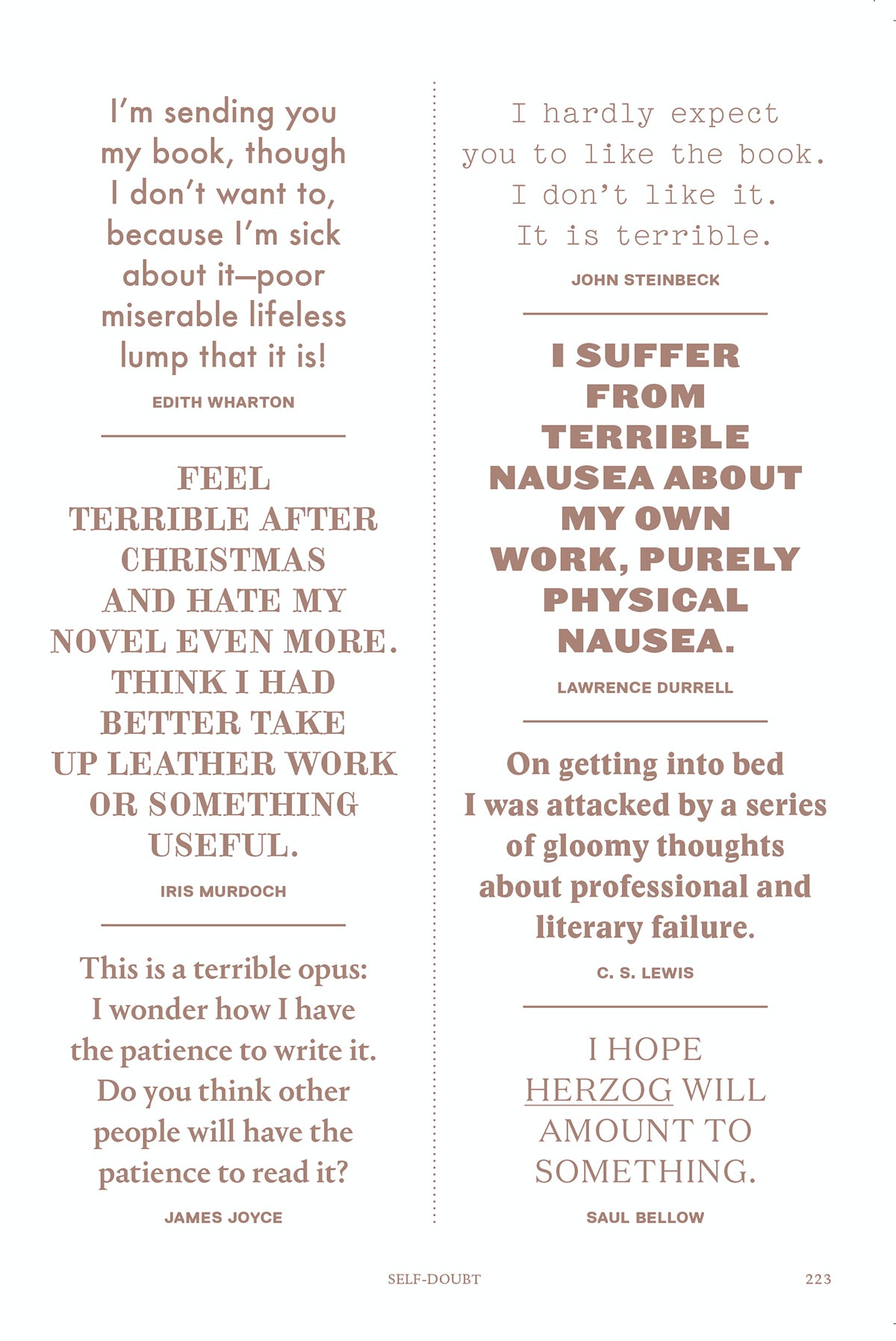 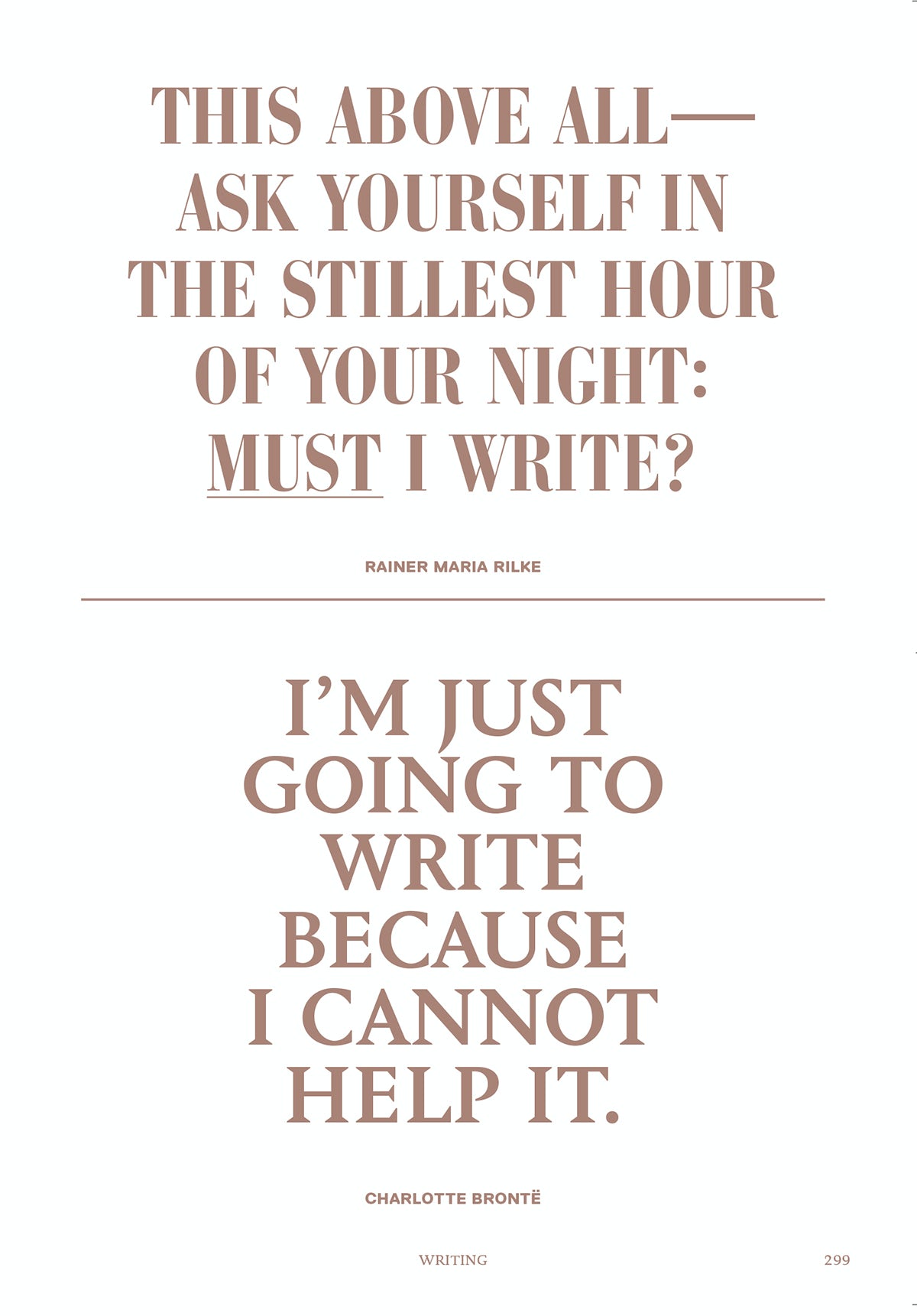 Thanks to the provision of proper sources for all the quotes, including  links to web pages for many, they become starting points for further investigation. Thus, despite its simplistic format, the book becomes a gateway to as rich an investigation of the art of writing as the reader wishes to make it. This is a book that will benefit from being read with a smartphone in one hand, ready for background googling and link following.

Every Day A Word Surprises Me is a surprise in itself – a book that belies its limited concept and adds up to considerably more than the sum of its parts.

Every Day A Word Surprises Me is published by Phaidon, £14.95 and is available to order here 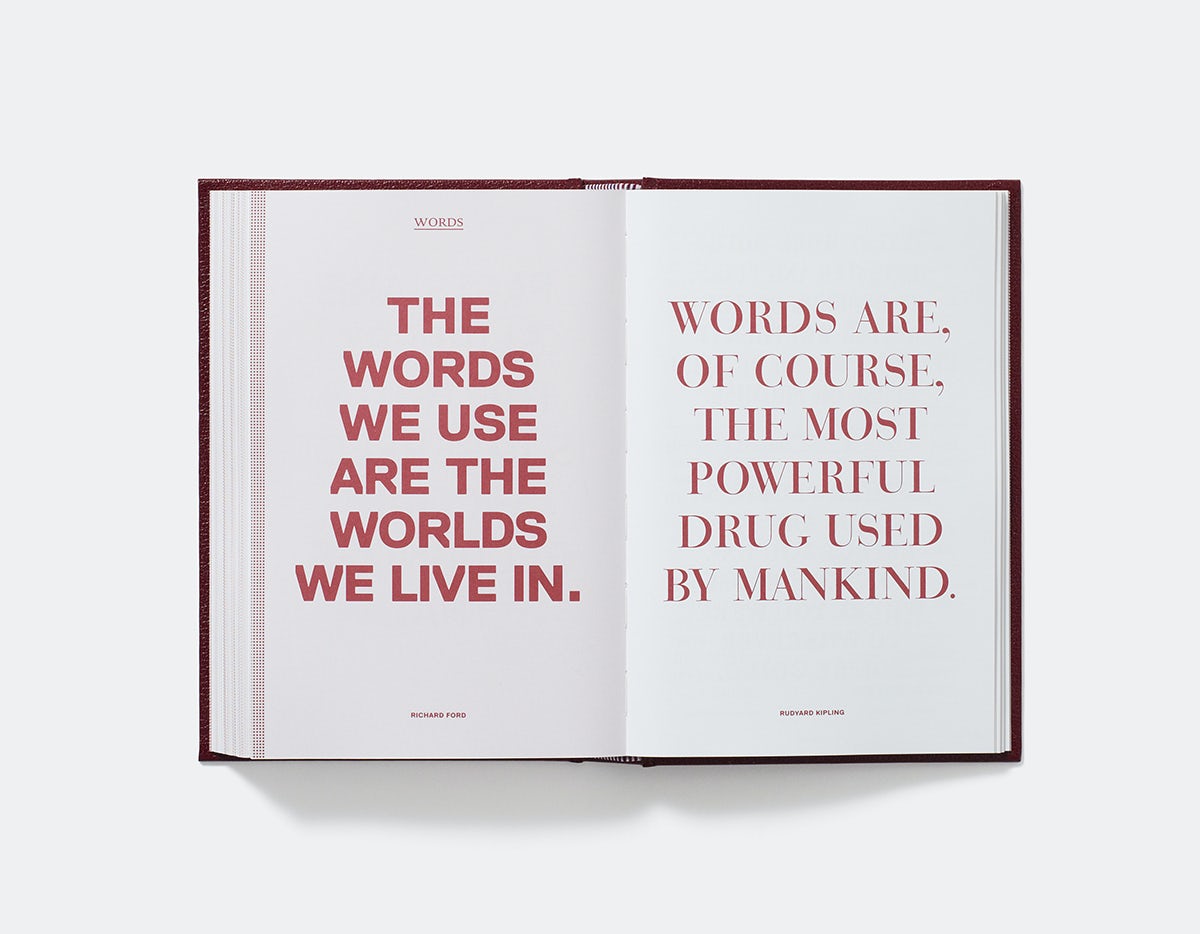 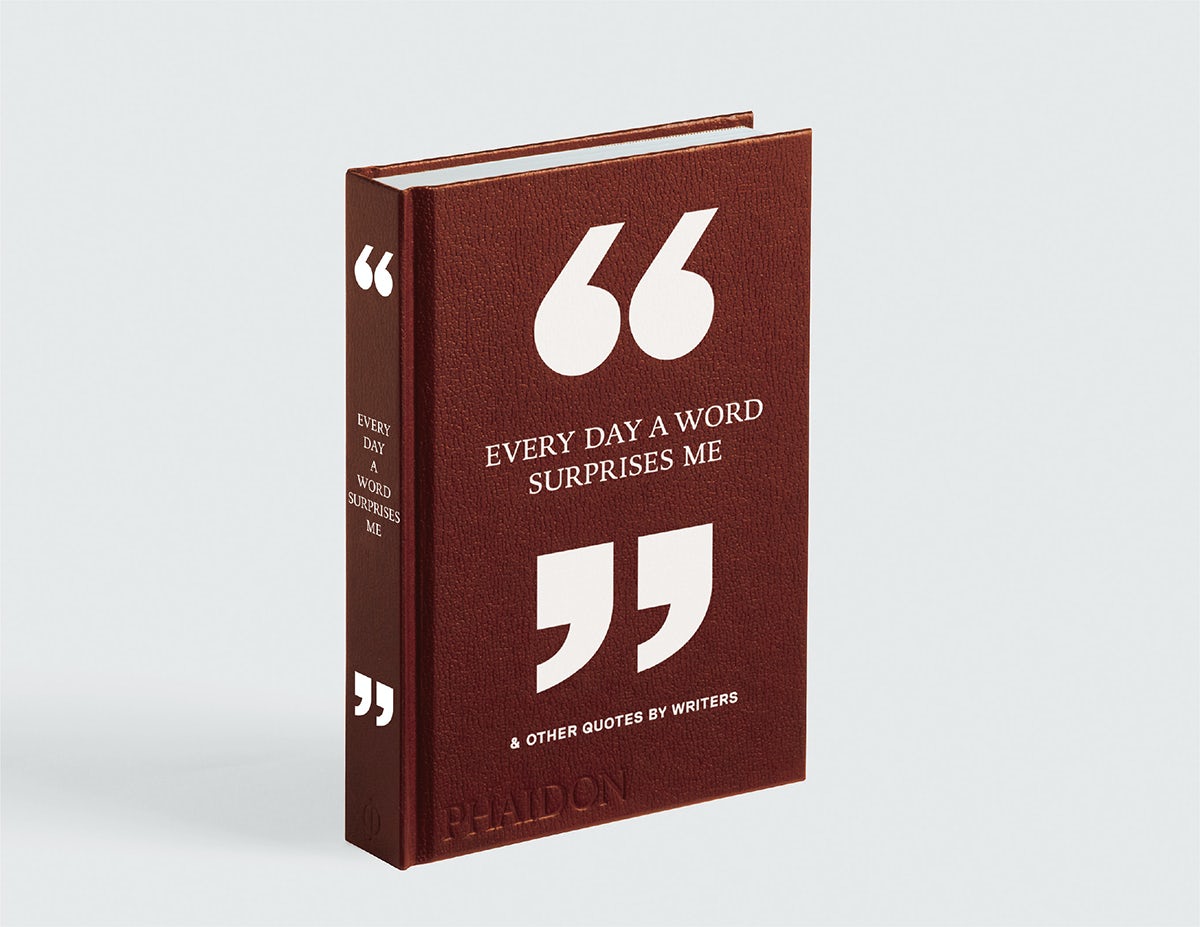 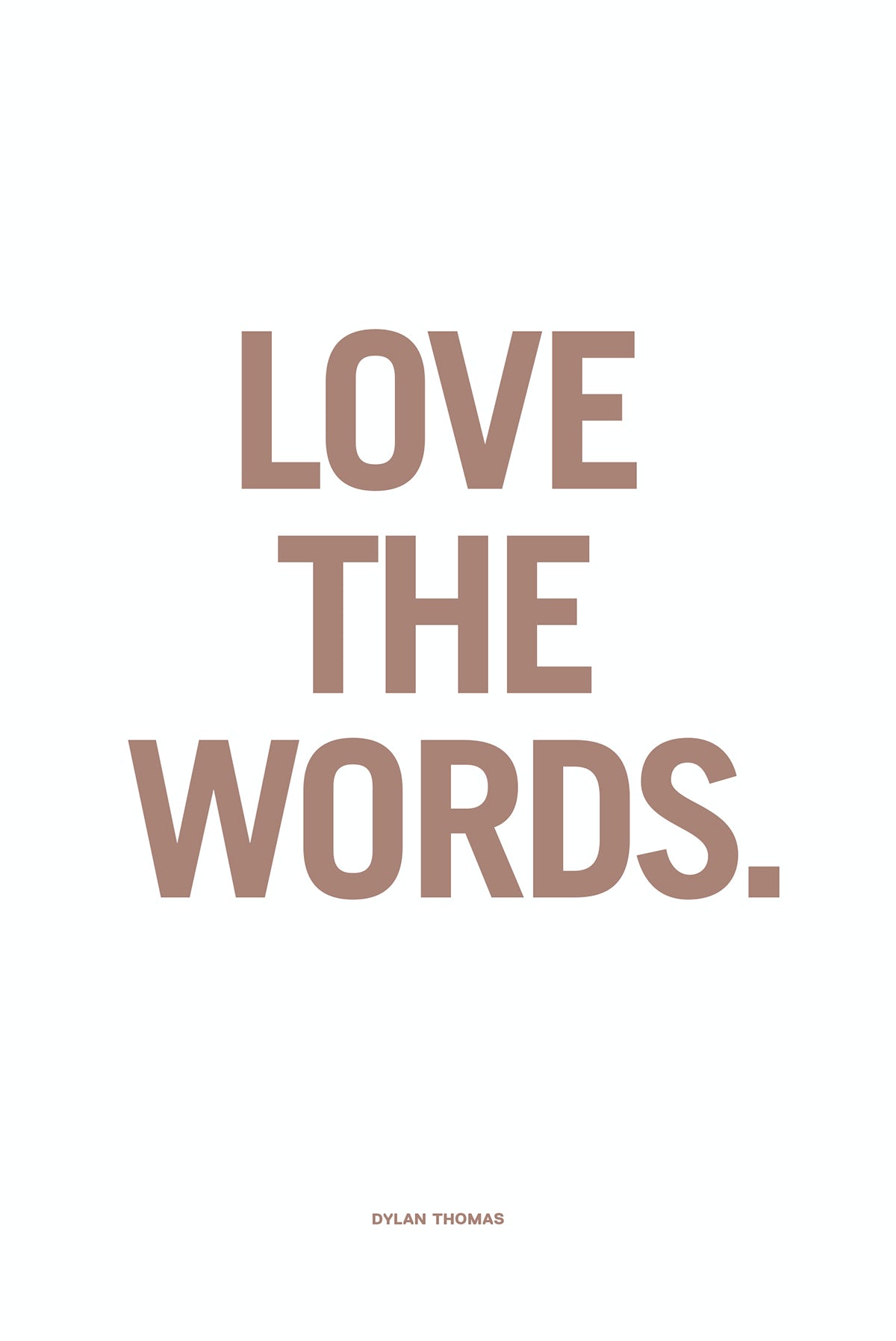