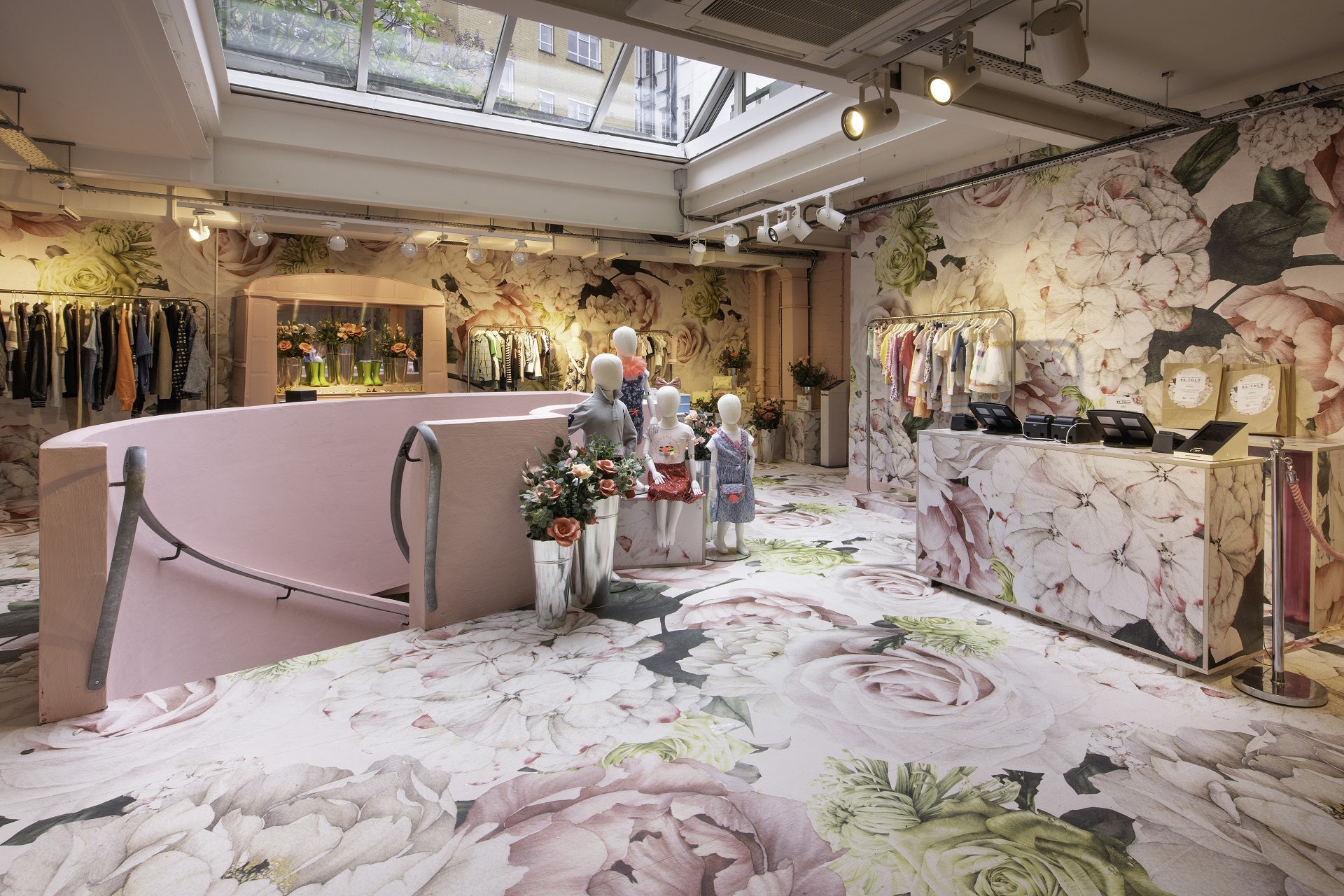 Charity shops aren’t usually known for their luxurious interiors – but Harrods and NSPCC’s pop-up, Fashion Re-Told is a far cry from your average second-hand store. For the second year running, the children’s charity has partnered with Harrods to create a luxury boutique in West London, which this year is housed in a space donated by Howard de Walden Estates. Clothing and accessories have been donated by labels like Stella McCartney, Calvin Klein and Chloé, which are on sale to the public at a reduced price to raise money for NSPCC’s work in the London area.

Since first partnering in 2015, together the NSPCC and Harrods have raised £800,000 to help fund services in the capital, including Childline and Speak Out, Stay Safe as well as NSPCC centres. Upon relaunching the partnership in 2017, the NSPCC and Harrods gave themselves an ambitious target of raising £1.2m within four years, and it seems experience design offered their best chance of achieving this figure. 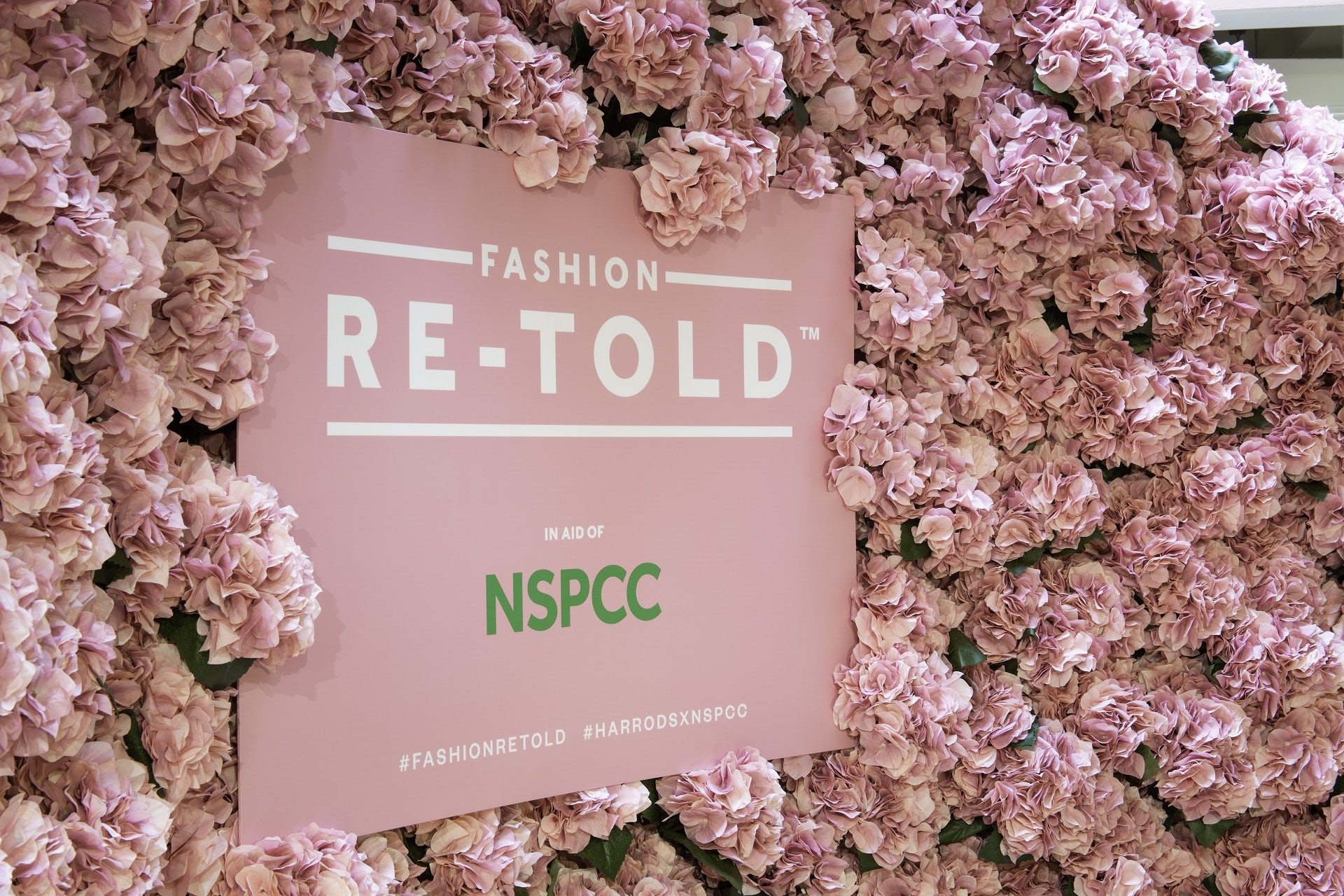 Mike McGrath, Head of Partnerships at NSPCC, says the concept was designed to replicate the luxury shopping experience customers receive when they visit Harrods. “This year we have really challenged ourselves to push the parameters of what a charity shop can be,” he tells CR.

The venue has been reimagined as a floral summer garden, with enlarged roses covering virtually every inch of the space and an eye-catching arch entrance formed entirely of blushing flowers. The entrance piece was designed by luxury florist FLOWERBX, which has become the go-to for the fashion set (its clients include Dior, Bottega Veneta and Tom Ford, with FLOWERBX co-founder Whitney Bromberg Hawkings having worked at the latter for nearly 20 years). 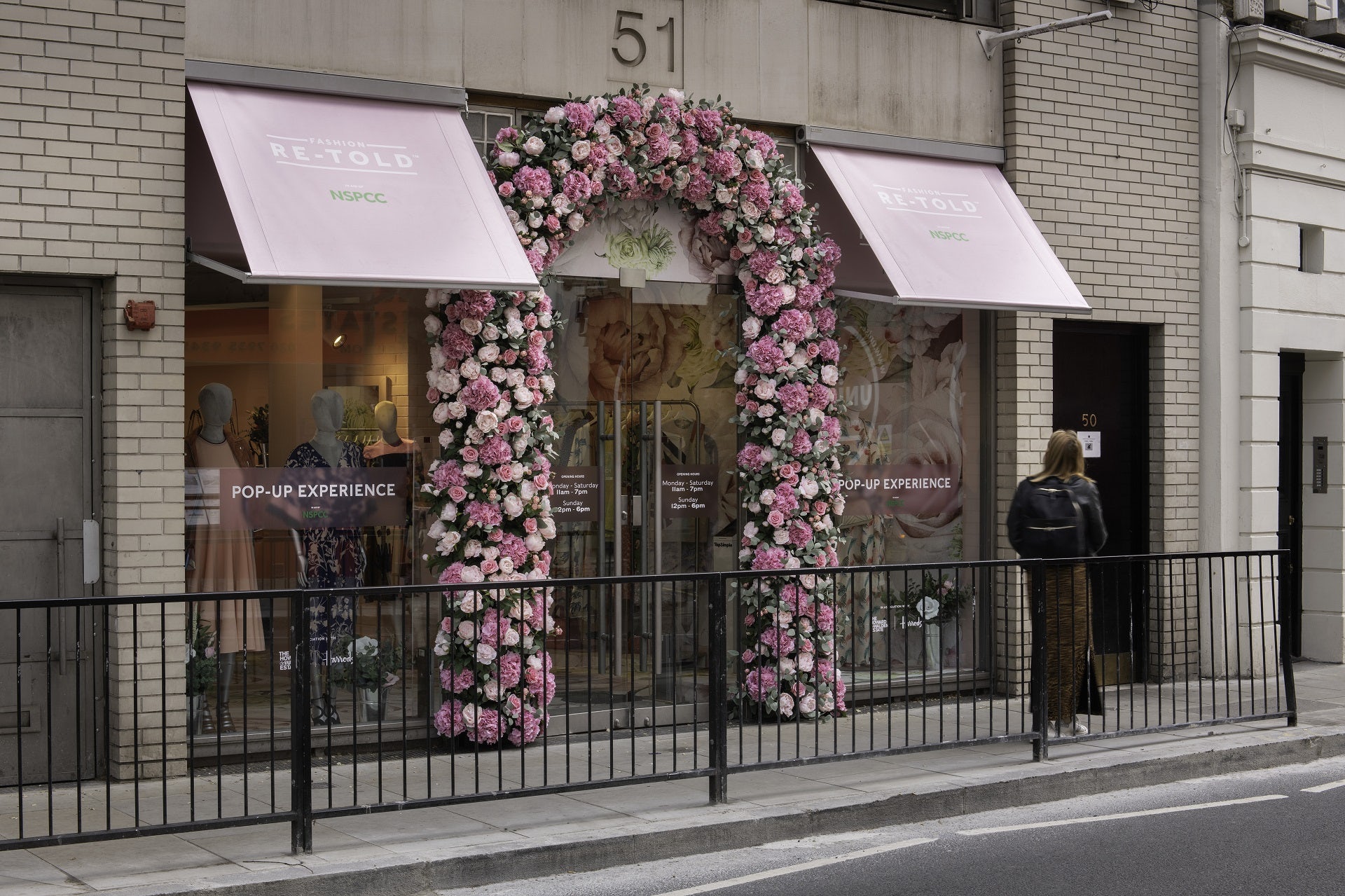 McGrath says the English summer garden aesthetic was partly inspired by the Chelsea Flower Show, which is running in West London this month. Alex Wells Greco, Creative Visual Director at Harrods, was behind the concept for the store.

The project is clearly aimed at a high-end customer base as well as fashion fans looking to get their hands on designer products at marked-down prices. It’s the latest in a series of unusual takes on charity shopping – London collective Glimpse recently worked with Help Refugees to launch a temporary store where shoppers could buy products for refugees. The temporary store has opened on Black Friday for the past two years, allowing visitors to purchase items from life jackets and first aid to hot food for those in need as well as Choose Love-branded t-shirts and merch. 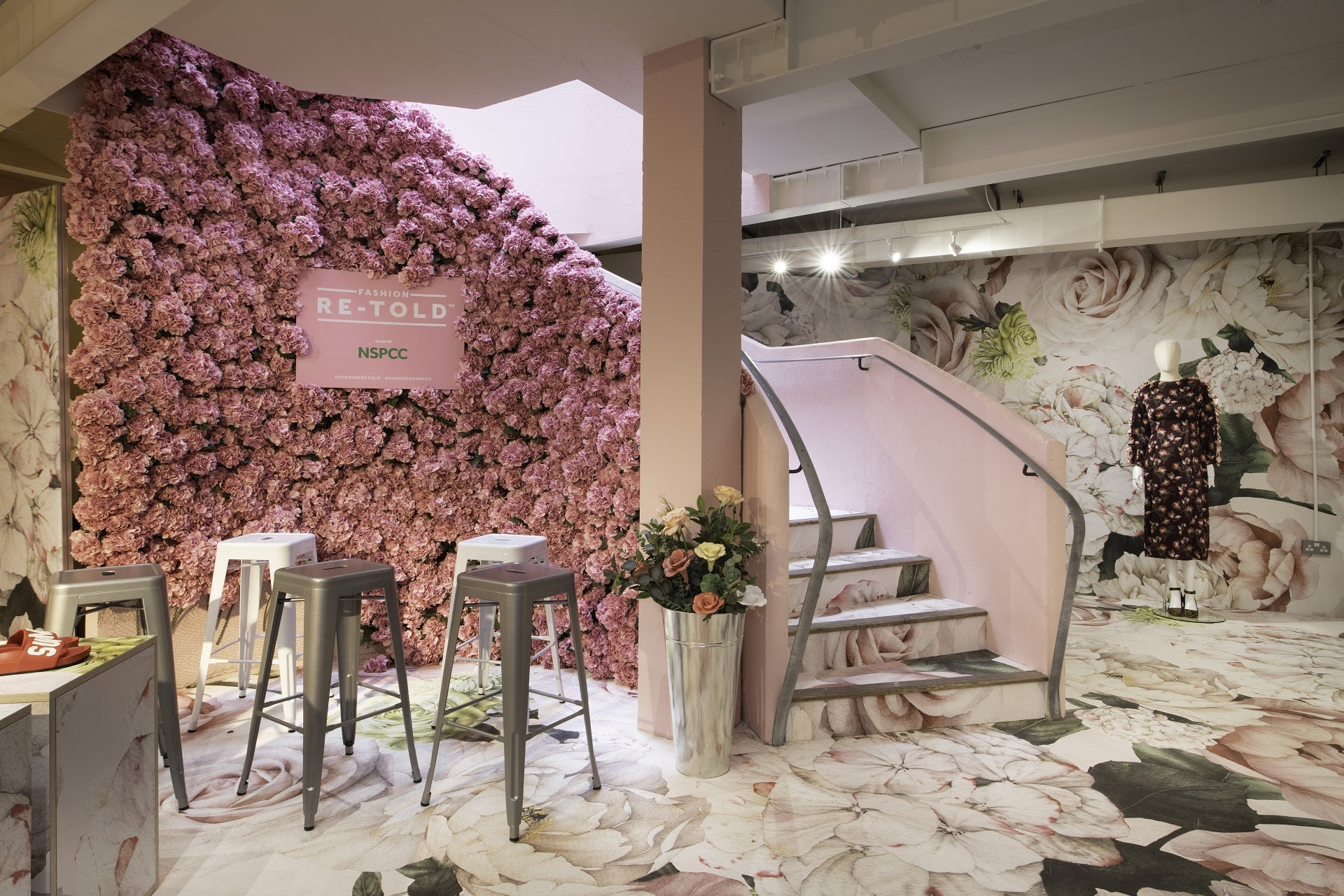 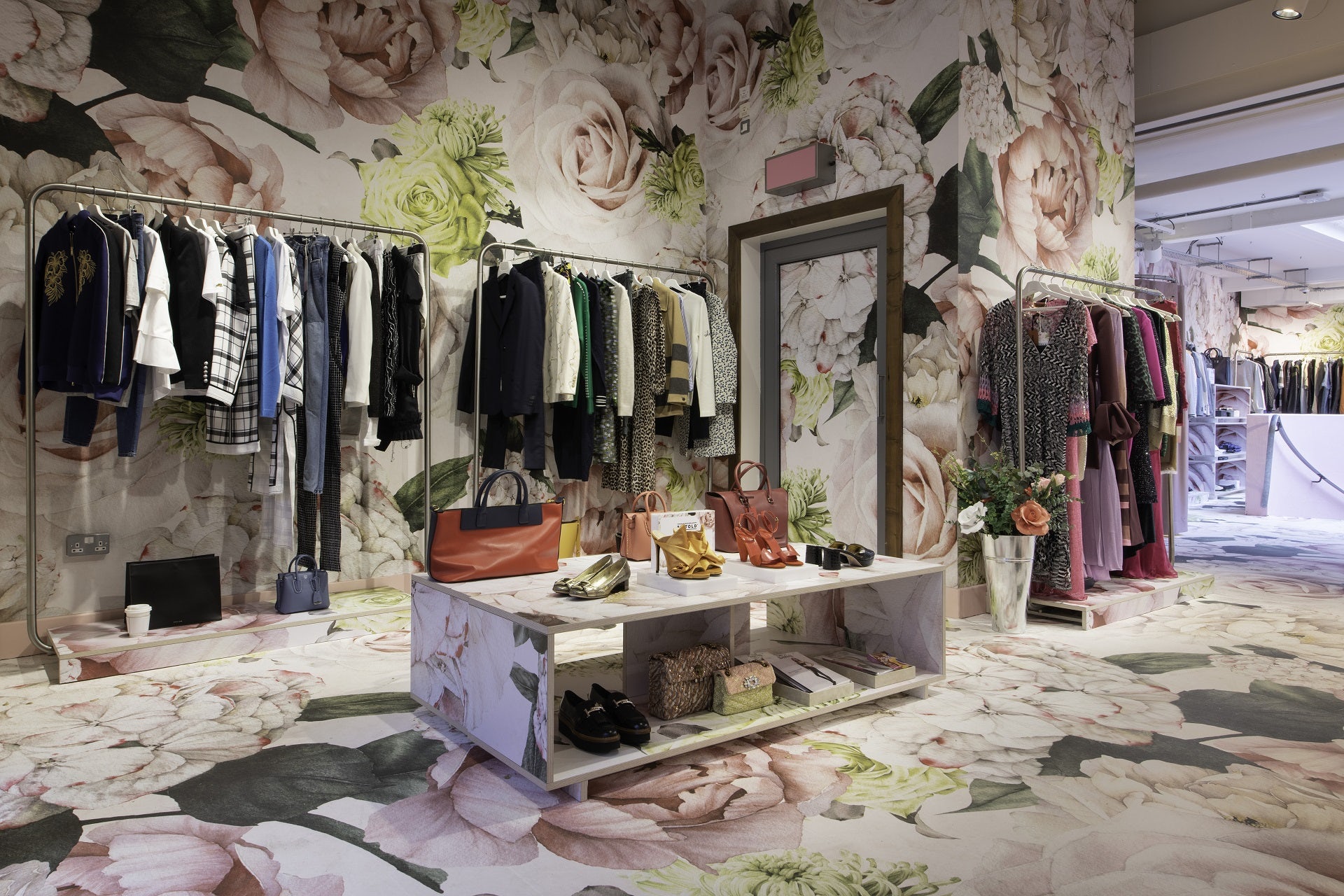