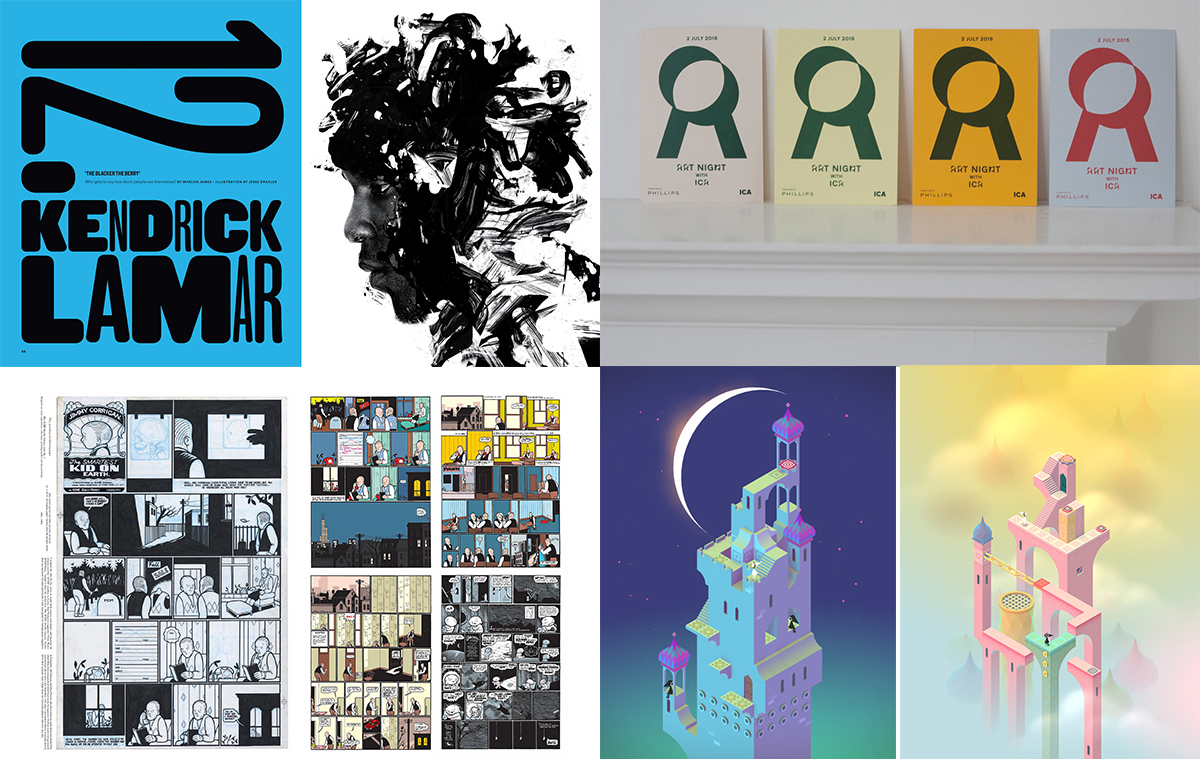 Since 2009 creative conference OFFSET has hosted talks by some of the biggest names and most exciting emerging talent in the creative industries. Previous speakers include prolific children’s book illustrator Tomi Ungerer, graphic design legend Seymour Chwast and graphic designer for TV and film Annie Atkins.

McArdle grew up in Northern Ireland and started out with directing collective Minivegas. She has directed ads for Audi and Absolut and created Toyota’s 2018 Superbowl film. She has just completed her first feature film Kissing Candice – a coming-of-age tale set in a seaside town on the border between Northern Ireland and the Republic.

Cash is based in San Francisco and makes short films and commercials. His ‘Last Photo’ project – an ongoing series where he records strangers showing him the last photo taken on their phone – has received over 1 million views online. He also created a short film on protest signs following demonstrations in the US last year and has directed ads for Toyota and Google.

Ware has created over 30 covers for the New Yorker magazine as well as the brilliant graphic novel Jimmy Corrigan: The Smartest Kid on Earth.

Day three kicks off with a talk from Dan Gray at ustwo games. Gray was executive producer on Monument Valley – the beautiful, Escher-inspired puzzle game that has been downloaded millions of times – and now heads up ustwo’s dedicated games studio. The studio released a successful follow-up to Monument Valley last year – you can read our feature on the making of it here – and created VR puzzle game Land’s End in 2015.

Also taking to the stage is Joan Bergin – a costume designer for TV and film with over 30 years experience – and Nora Twomey of Kilkenny animation studio Cartoon Salooon.

Bergin won four Emmy awards for her work on BBC series The Tudors. She also designed costumes for Canadian-Irish drama Vikings and worked with Daniel Day Lewis on courtroom drama In the Name of the Father and 1989 film My Left Foot.

Twomey recently directed The Breadwinner, an animated drama based on Deborah Ellis’s young adult novel of the same name. The film has received Golden Globe and Academy Award nominations and is due for release in the UK in May this year.

Other speakers on day three include designer and technologist Joshua Davis and Antar Walker – a designer and director at MPC who has worked on campaigns for Apple and Nike.

The conference takes place from March 23 to 25 at the Bord Gáis Energy Theatre.

See iloveoffset.com for more info or to buy tickets or follow @weloveoffset on Twitter for regular updates.