Ogilvy New York has created a new visual identity for the New York Philharmonic, renaming it the NY Phil as part of the organisation’s wider ambition to “create a renewed relationship between the city and its orchestra”.

The logo and identity have been revamped ahead of the reopening of the orchestra’s home, David Geffen Hall, which was originally named Philharmonic Hall. The hall is located within the Lincoln Center, a performing arts site formed of three blocks set in a square. The Lincoln Center’s shape directly informed the new visual identity as “a rare square inside the grid that is New York City, one that represents infinite possibilities,” says the agency. 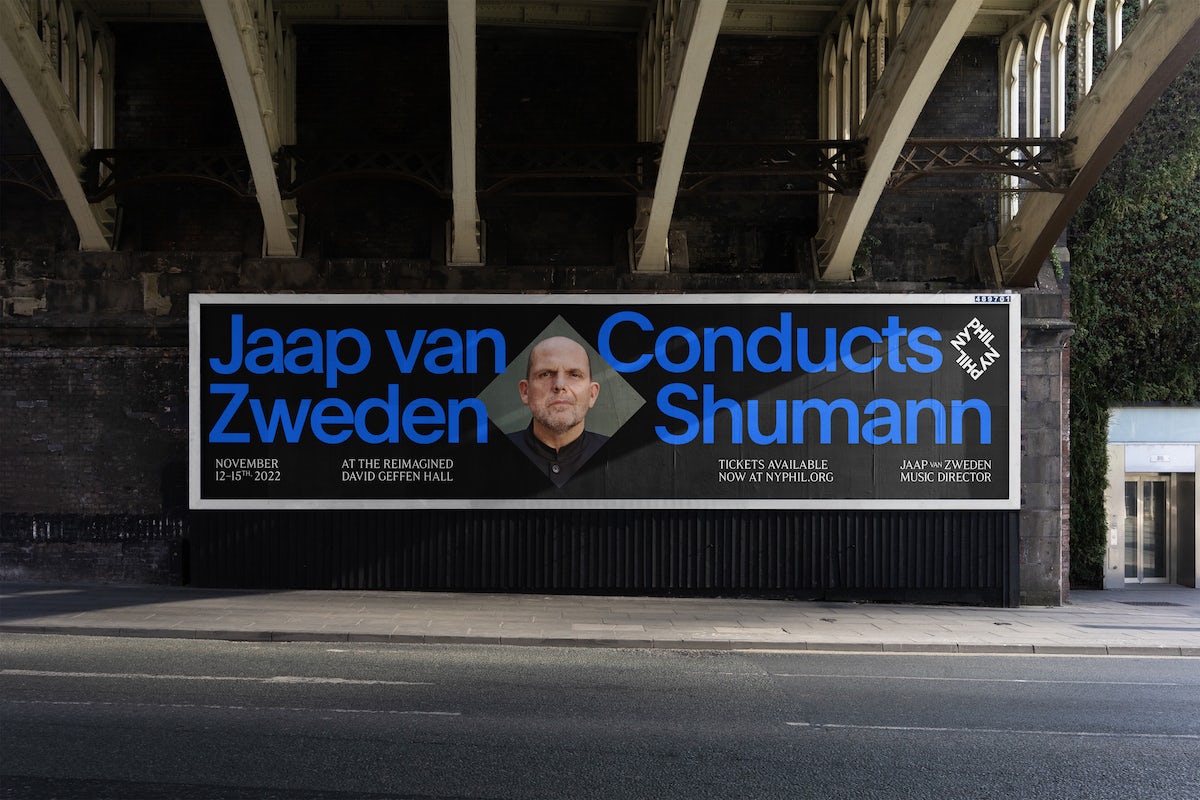 The square logo — which Ogilvy refers to as ‘the diamond’ — also looks to highlight the way the orchestra’s new home will allow people to see, hear, and experience the NY Phil from every possible angle, with the audience invited to surround the orchestra. As such, the logo’s various applications often use it as a framing device: on tickets, for instance, it holds a QR code, while posters use the logo to frame photographs of the orchestra’s various conductors and performers.

“New York surrounds the Philharmonic, just like the audience surrounds the orchestra. We embraced these realities and made them the heart of the new visual identity,” says Marcos Kotlhar, chief creative officer at Ogilvy New York. “The logo highlights the rare square that the NY Phil calls home and reflects the experience audiences will have in the new hall. We also used the new logo throughout the system to place their renowned musicians and concerts at the centre of the brand.” 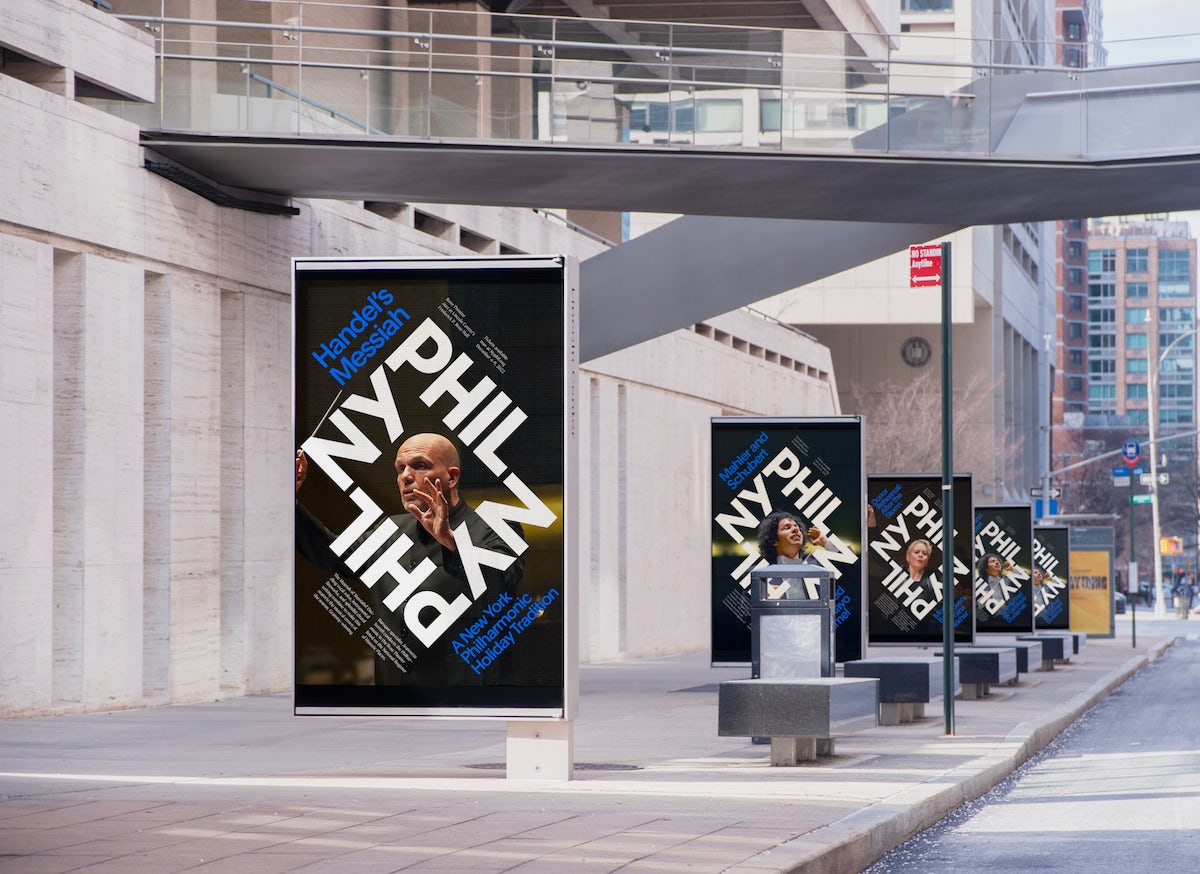 “The logo, typography and diamond each get their own moments in the system to be the centrepiece,” continues Jens Marklund, head of design at Ogilvy New York. “The reason for this was to create a much larger design system this time around. With their previous identity, the system was quite limited, which eventually created a very disjointed brand — having to reinvent themselves each season by adding new elements.”

The square shape is carried throughout the identity away from the logo: photographs are often cropped to match the shape, for instance, creating a uniform style for things like Instagram posts and across billboard posters.

The identity uses the typefaces Plain, by Swiss foundry Optimo, and Drago by Manchester’s F37 Foundry. These were chosen as it was felt that while they have a contemporary feel, they would “stand the test of time”. The colour palette is black and white with blue as an accent, leaving space for colour to come through in the photography and imagery. “In addition, we wanted to show how the colour palette could expand as the brand matures — which we’ve hinted at in a few of the posters. This all comes back to the idea of looking at the brand five to ten years from now and thinking about how we can help that evolution,” Marklund adds. 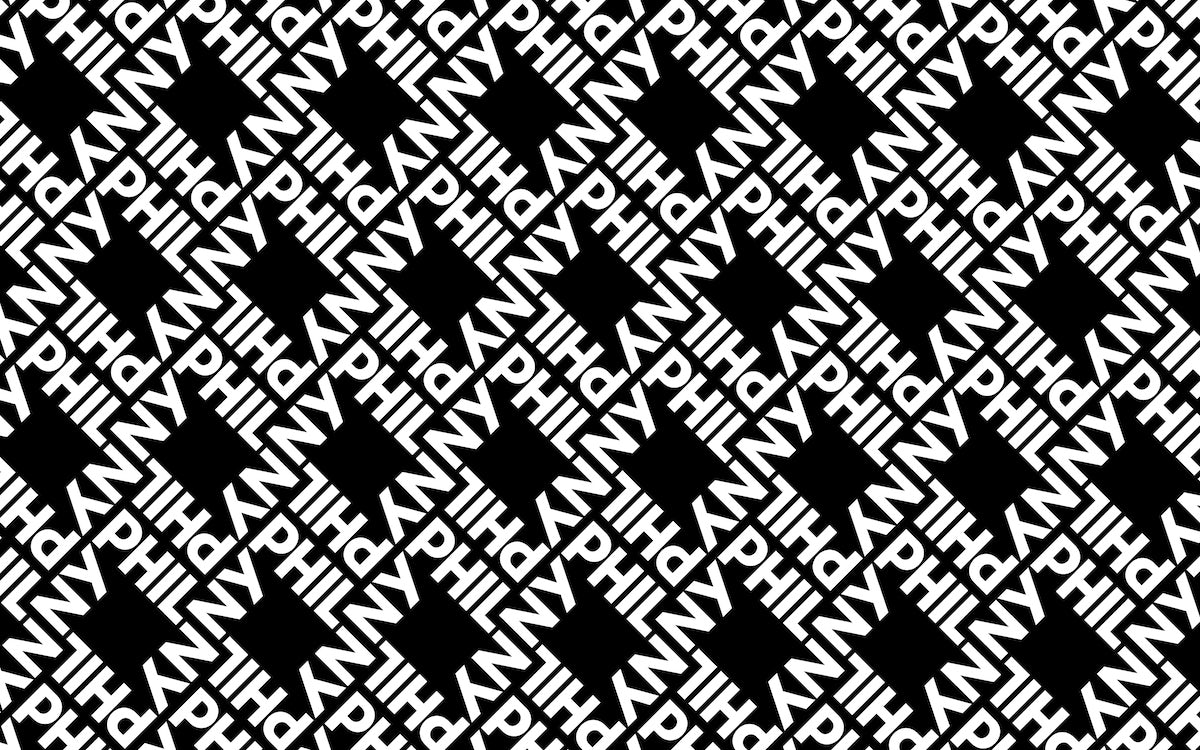 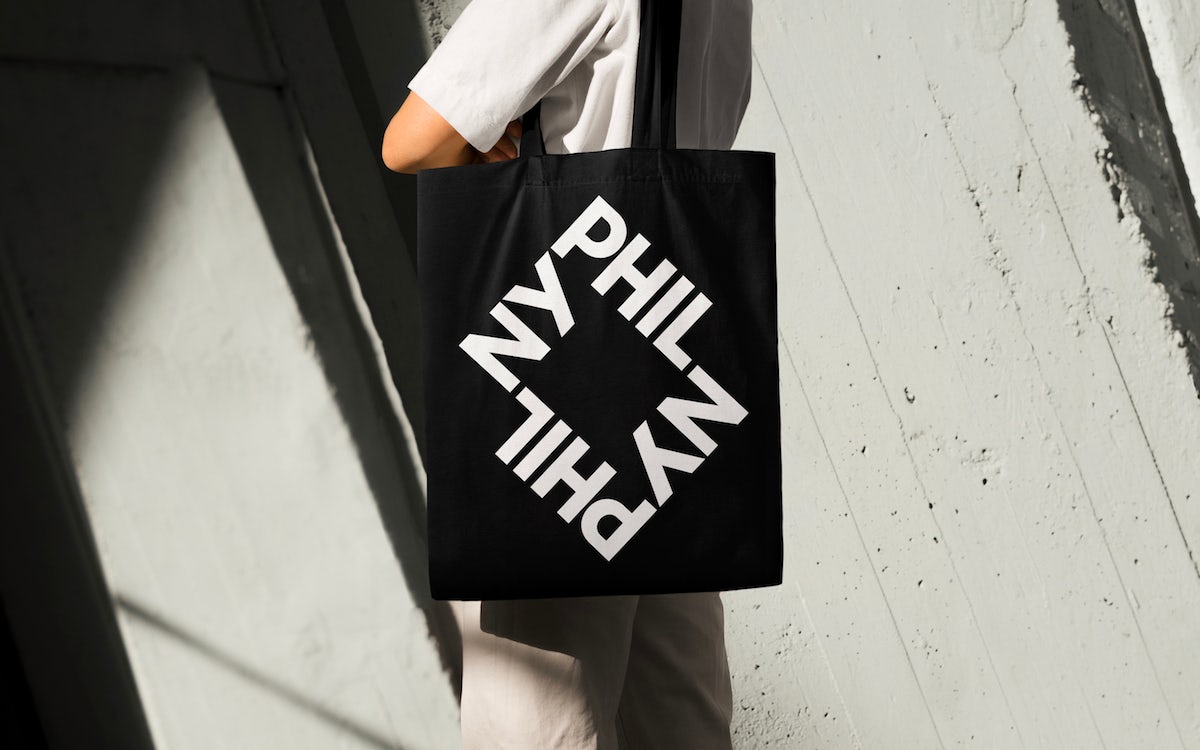 Ogilvy & Mather founder David Ogilvy served on the Philharmonic’s Board of Directors during the 1950s and 60s, and also supported the organisation by contacting competing agencies to suggest they consider sponsorship of the Philharmonic for their clients.

The new identity is used across touchpoints including the website, social media, posters, merch such as baseball caps and tote bags, tickets and more. 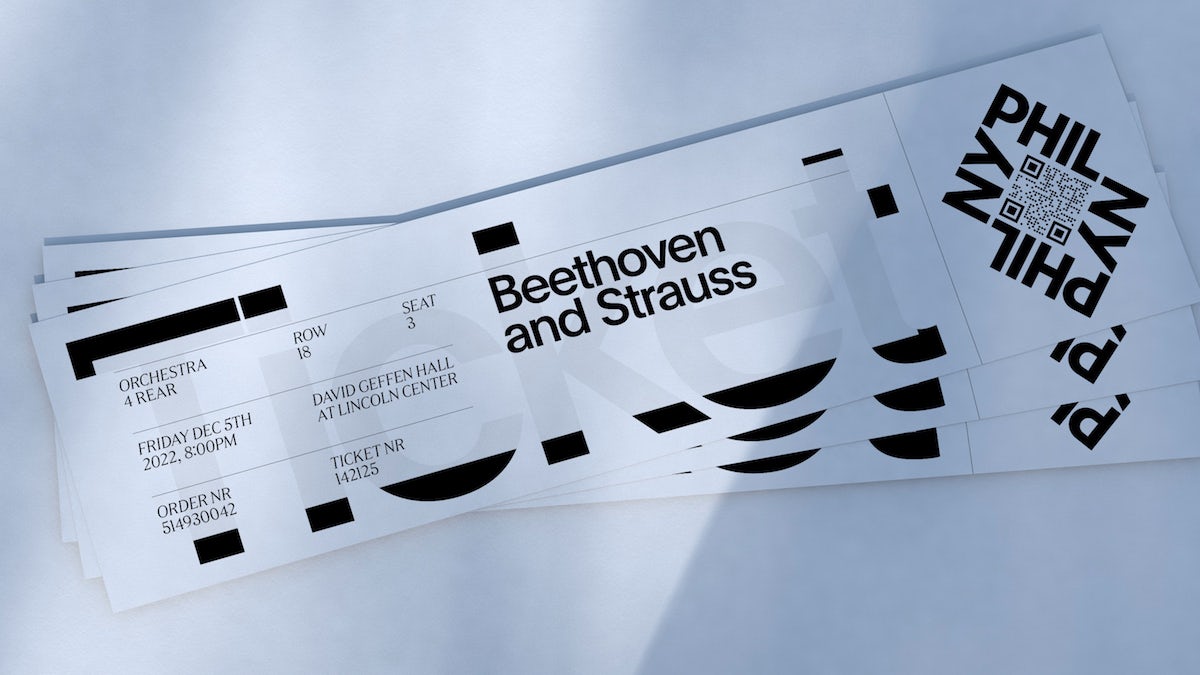