Illustrator and author Oliver Jeffers has been commissioned by the Art Production Fund to put his stamp on the Rockefeller Center’s festive displays for 2020, following in the footsteps of Angelica Hicks and Joana Alvillez in recent years. 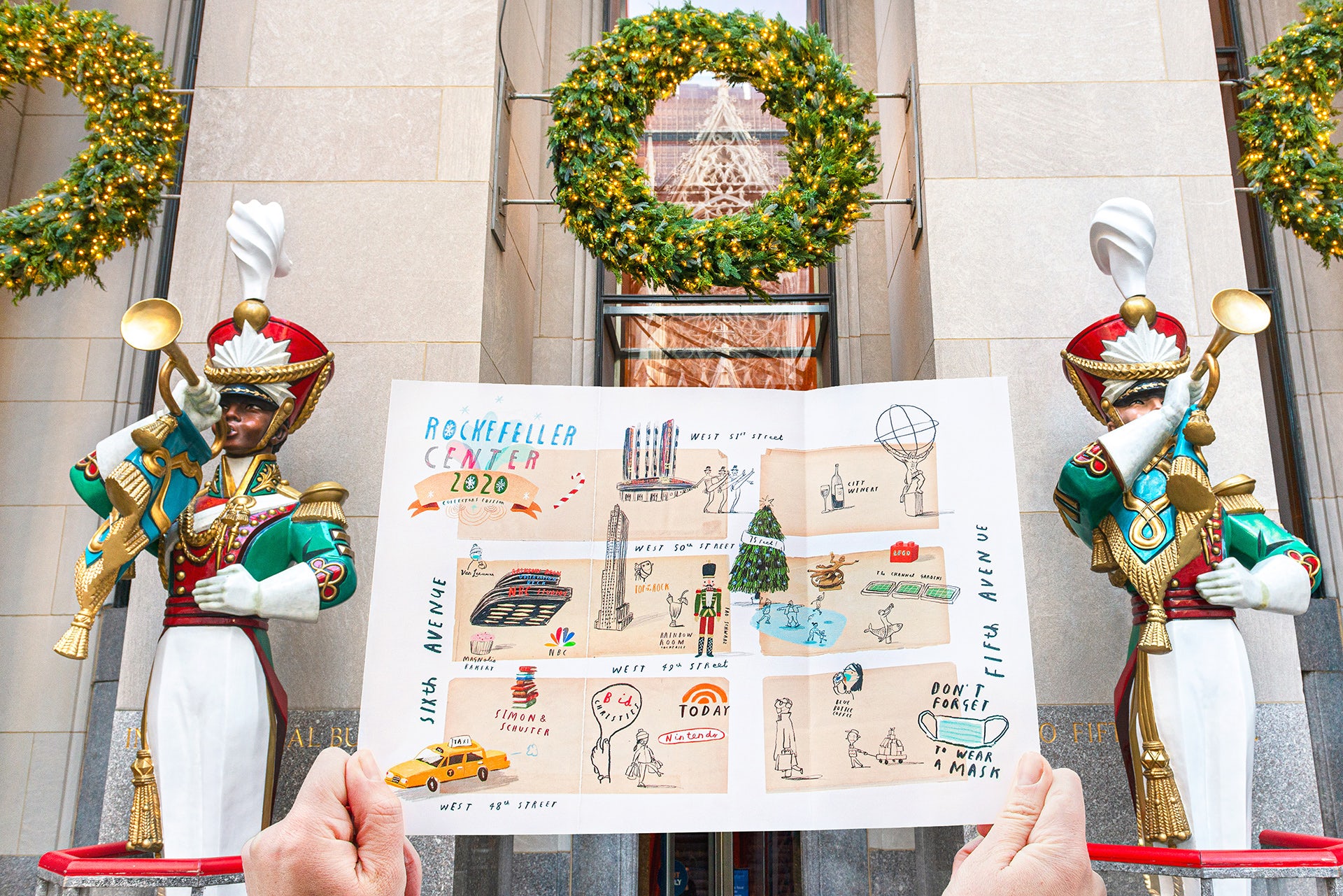 Brooklyn-based Jeffers has become a favourite of both children and adults thanks to his artworks and books, including his 2017 bestseller Here We Are, which was recently adapted for TV. The book was released in the wake of political turmoil and an ongoing environmental crisis, and here too Jeffers’ illustrations bring a sense of warmth, purity and humanity in a year that has no doubt left many people in need of reassurance.

“I’ve been making my own maps for some time – cartography is an early love of mine, as I’m fascinated to know where I am in relation to other things. More recently, these have been political or conceptual, so I’m excited to put together a more jubilant one for a favourite place of mine, my home, New York,” Jeffers said of the commission. “No matter how crazy the world, the holidays will always be a season of festivities with our friends and family, eating too much food, and watching that Rockefeller Center Tree light up.”

The artist will also be running a live session on the Rockefeller Center’s Instagram channel on December 3, where he will share more about his creative process and give a reading of his beloved children’s books. 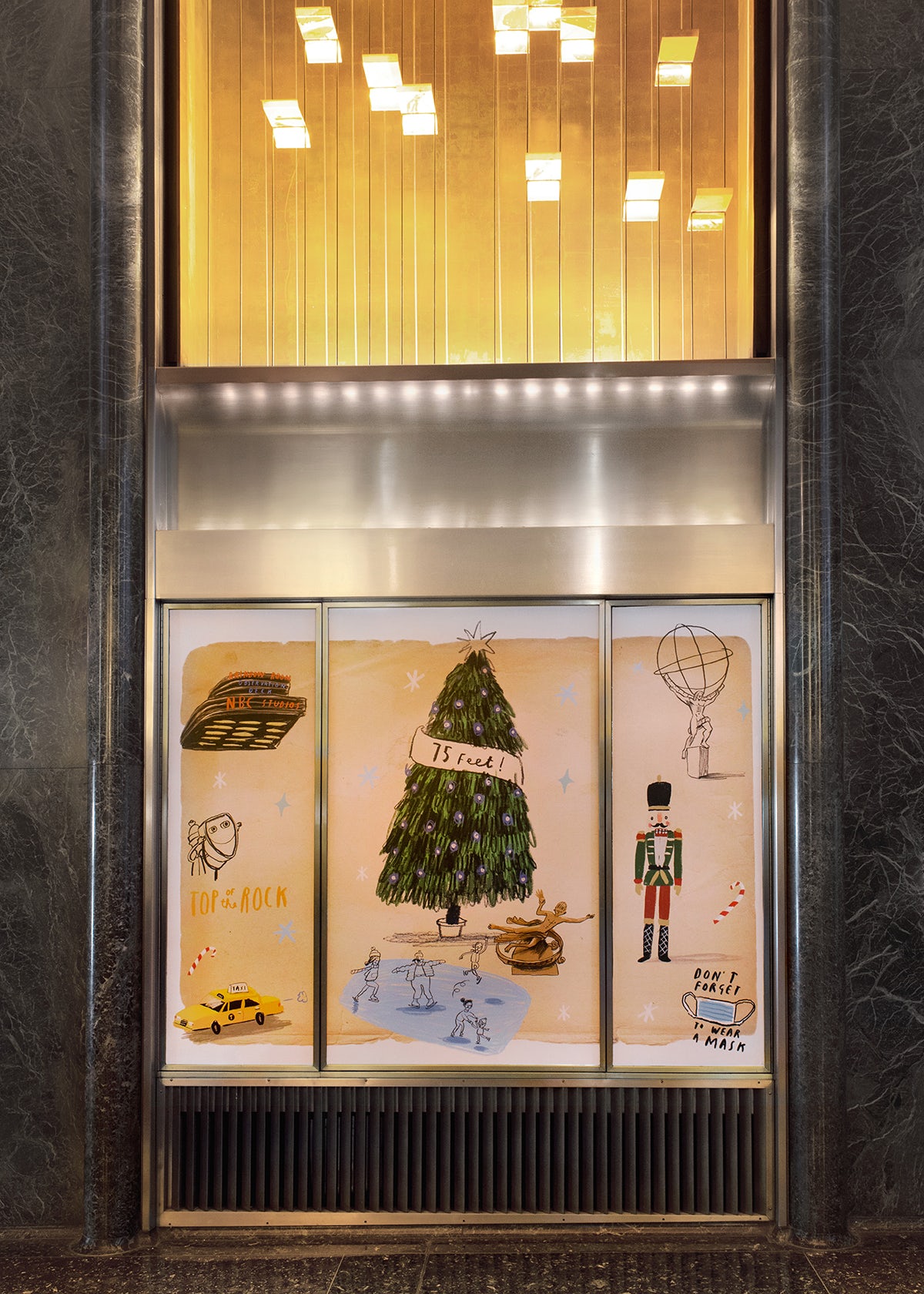 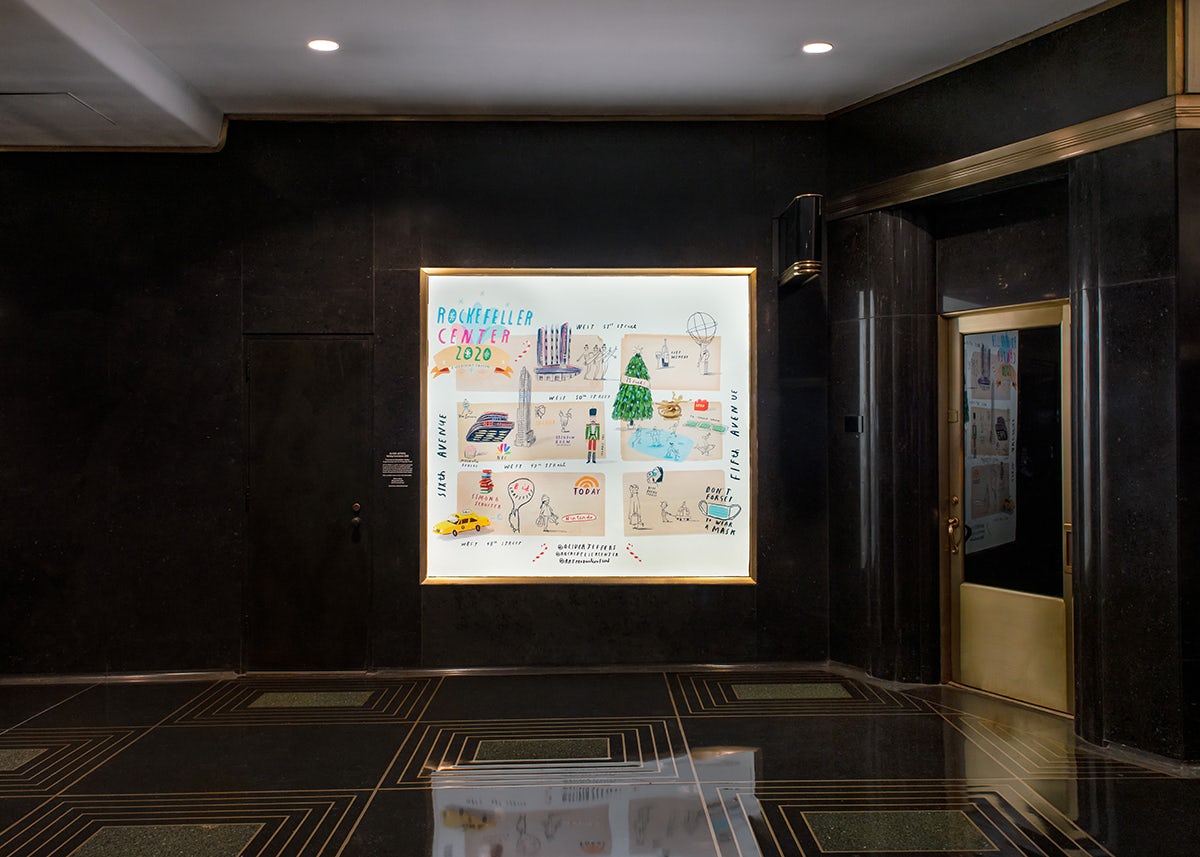 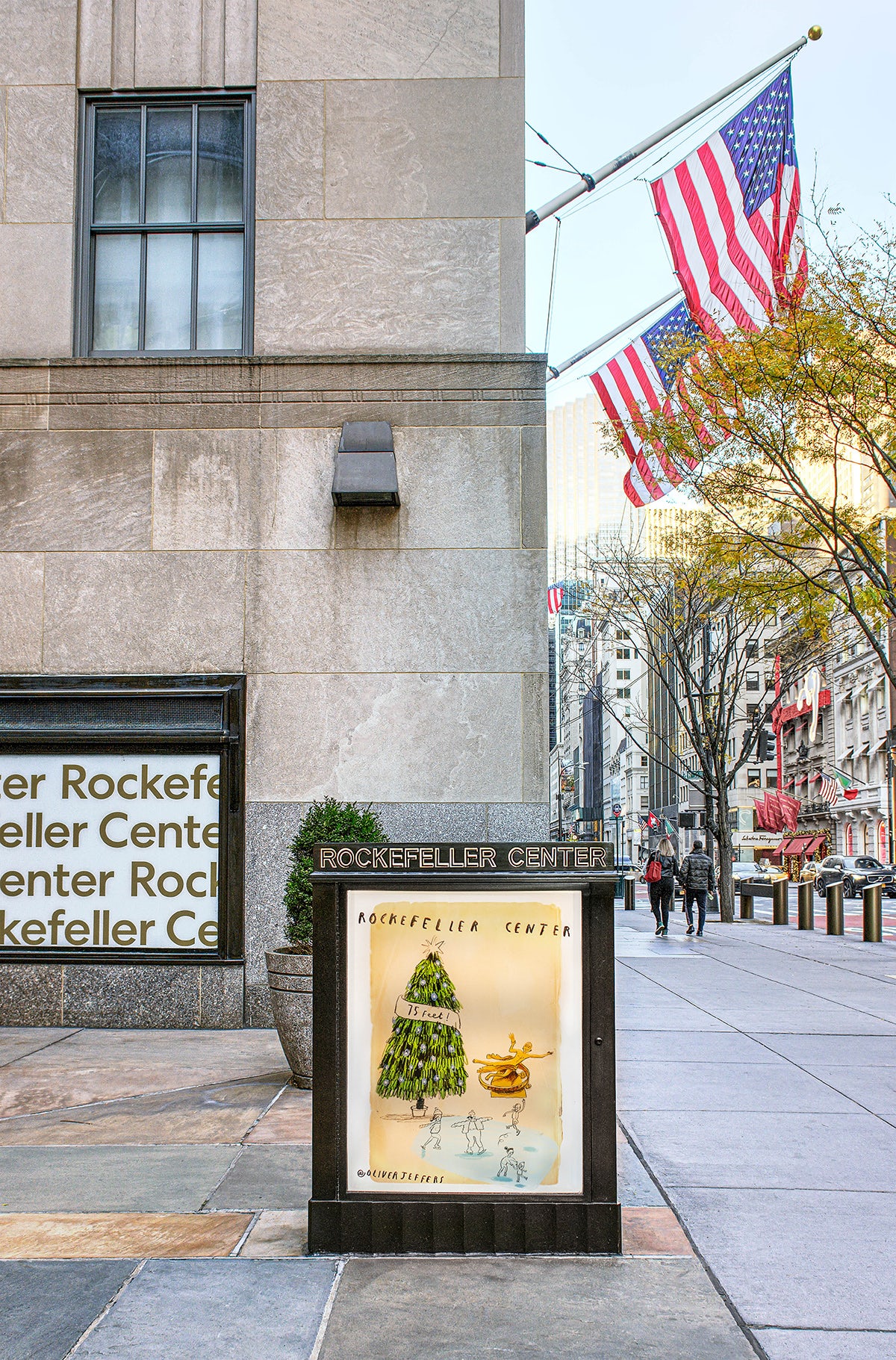 Oliver Jeffers will be live on the Rockefeller Center’s Instagram channel at 4pm EST/9pm GMT on December 3; @rockefellercenter