Having sold over 14 million copies of his books worldwide, illustrator and author Oliver Jeffers has become celebrated for his imaginative takes on the humble children’s picture book. For his latest adventure, Jeffers has released his most creative title yet with the spookily well-timed, There’s a Ghost in this House.

For this project, Jeffers takes on the traditional ghost story in his recognisable style with hand-rendered text and sprightly characters. The book tells the story of a little girl who lives in a haunted house who is convinced ghosts exist. Unfortunately she’s never seen one before and doesn’t know what they look like. Readers are invited to travel around the spooky house to find the ghosts hidden within the book, which appear on translucent pages that overlay Jeffers’ mixed media illustrations.

“The creative process for this one was extremely different from anything I’ve ever done, which seems to be a habit I get myself into with every new book,” Jeffers says. “For this one it’s the combination of two different ideas, the first a sort of poetic game of hide and seek, coupled with a game that I’ve played for a long time by drawing ghosts into empty rooms, which is just something I would do for my own entertainment.”

Jeffers’ ghosts appear in stereotypical white-sheet form, and for the different rooms of the house he has used found imagery such as photographs of old houses and images from architectural research books and catalogues. “I’ve always worked in collage so whenever I’m at a car boot sale, a yard sale or an estate sale – living in New York it’s incredible what people throw away – I would collect them, thinking ‘that will come in handy one day’,” he says. “They looked like the empty scenes for something and that’s the backdrop for the tour of this house.” 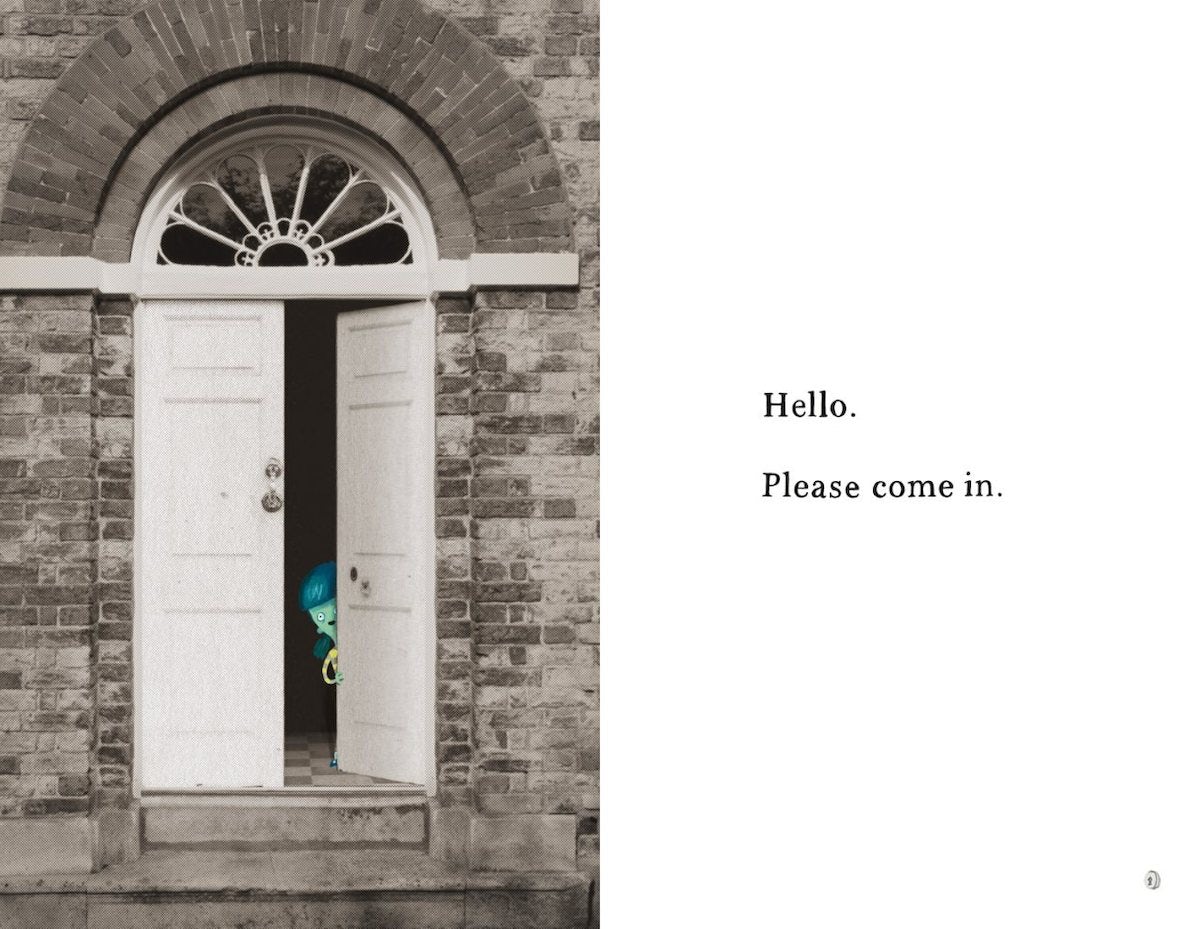 There are over 45 books credited in the bibliography, but referencing aside, one of the biggest challenges for Jeffers was making the ghosts ‘appear’ rather than be present on the page the whole time. The illustrator decided to use tracing paper as it is relatively cheap and easily obtainable, compared to his alternative of mylar, a plastic film that ended up being a lot more expensive when publishing on this scale.

“The tracing paper translucency wasn’t as good though and it changed the way some of the rooms looked, so there was a degree of Photoshop editing that needed to be done,” Jeffers explains. “These sheets also started to wrinkle pretty badly when you glued them, so we had to fold them into the books. 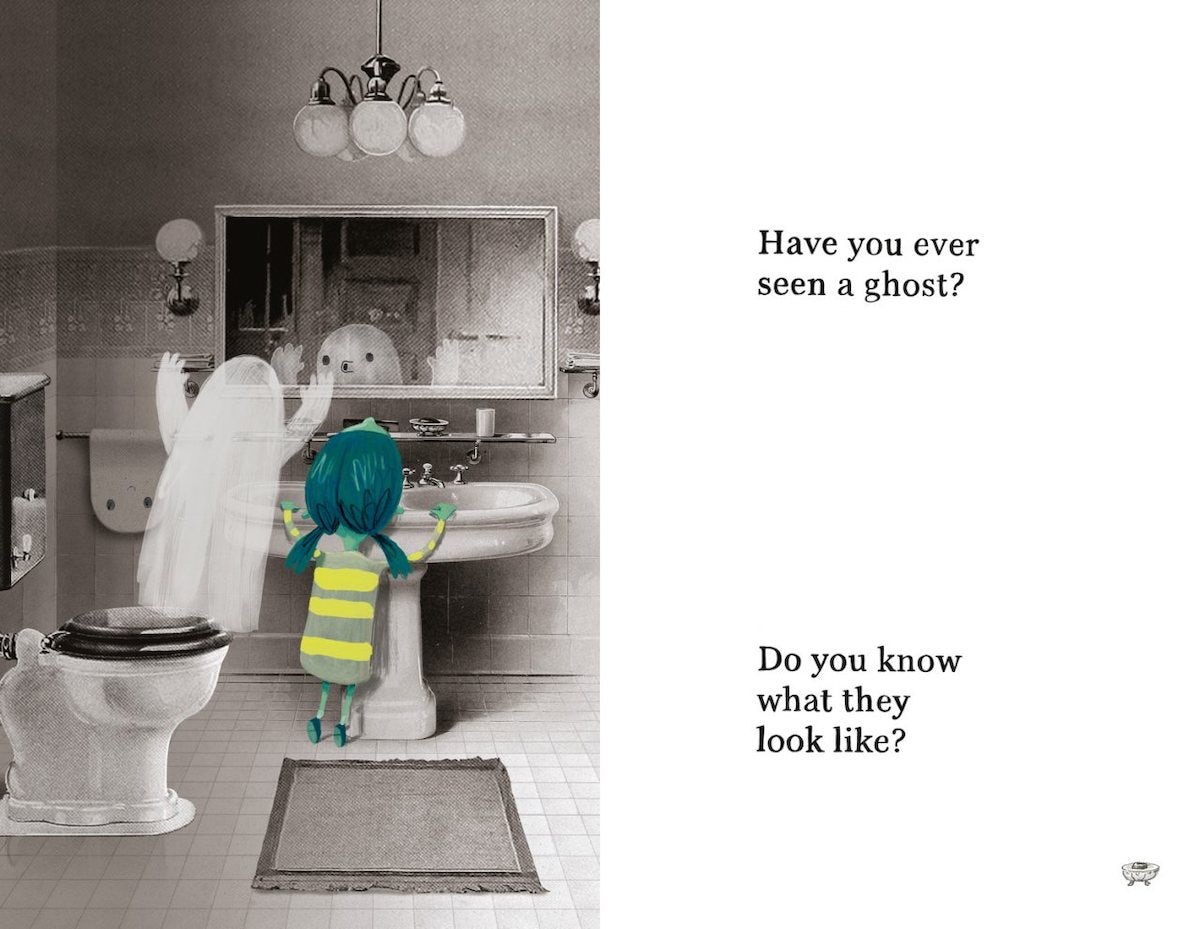 On the positive side, what the illustrator enjoyed most was seeing it all click into place and come alive. “It was great realising this fun narrative mixed with the collage material and the tracing paper could work. It was a joyous moment,” says Jeffers. “I know the most fun part though is seeing how people feel about the book and hopefully they like it. I am already bracing myself for the reality that only a very small percentage of people will get the ending which it seems is much more subtle than I even realised.” 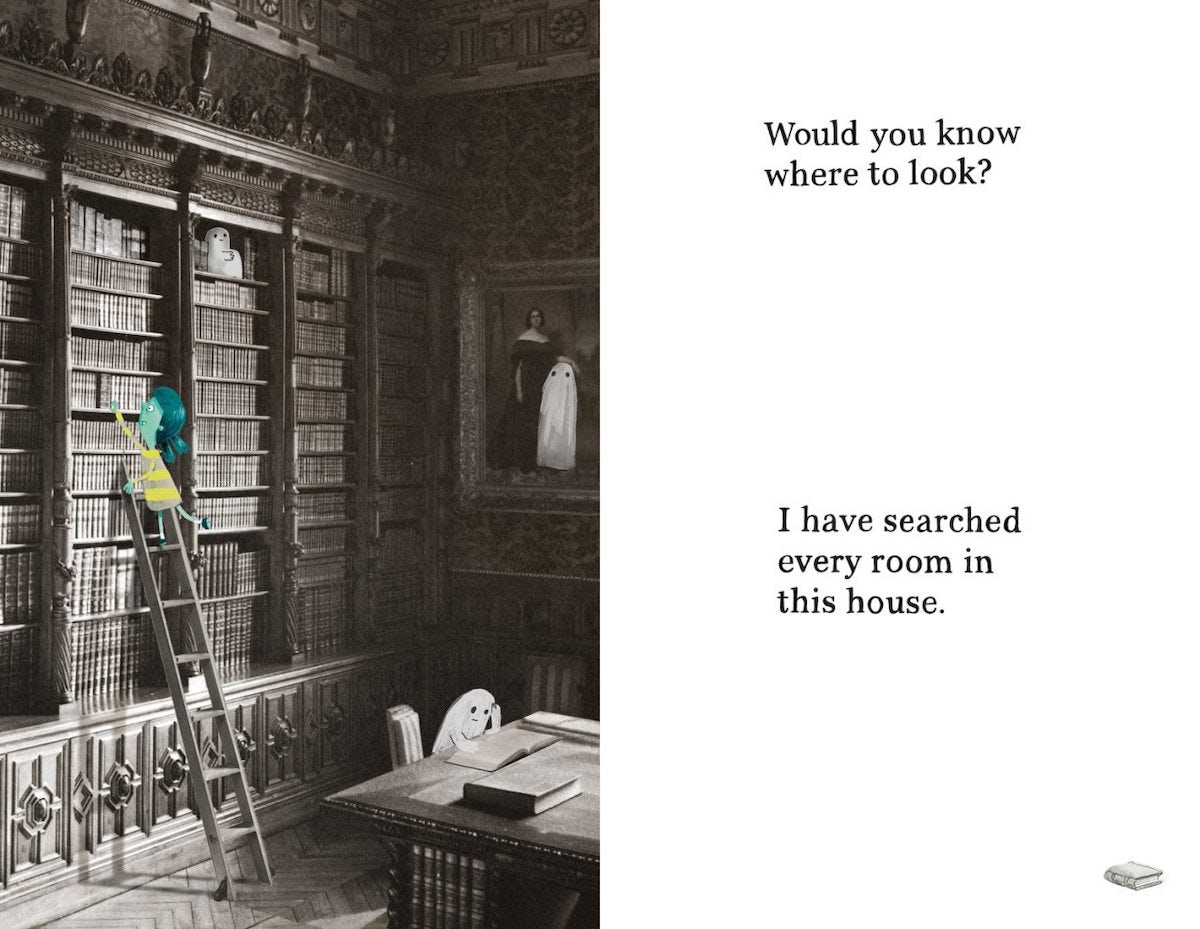 To coincide with the book’s launch, publisher HarperCollins has also created a short promo film featuring Jeffers wandering around a creepy old house. The witty tone of the film reflects the hint of darkness undercut by humour that’s reflected in the new book, and much of Jeffers’ work overall.

There’s a Ghost in this House by Oliver Jeffers, published by HarperCollins, launches on October 5; oliverjeffers.com