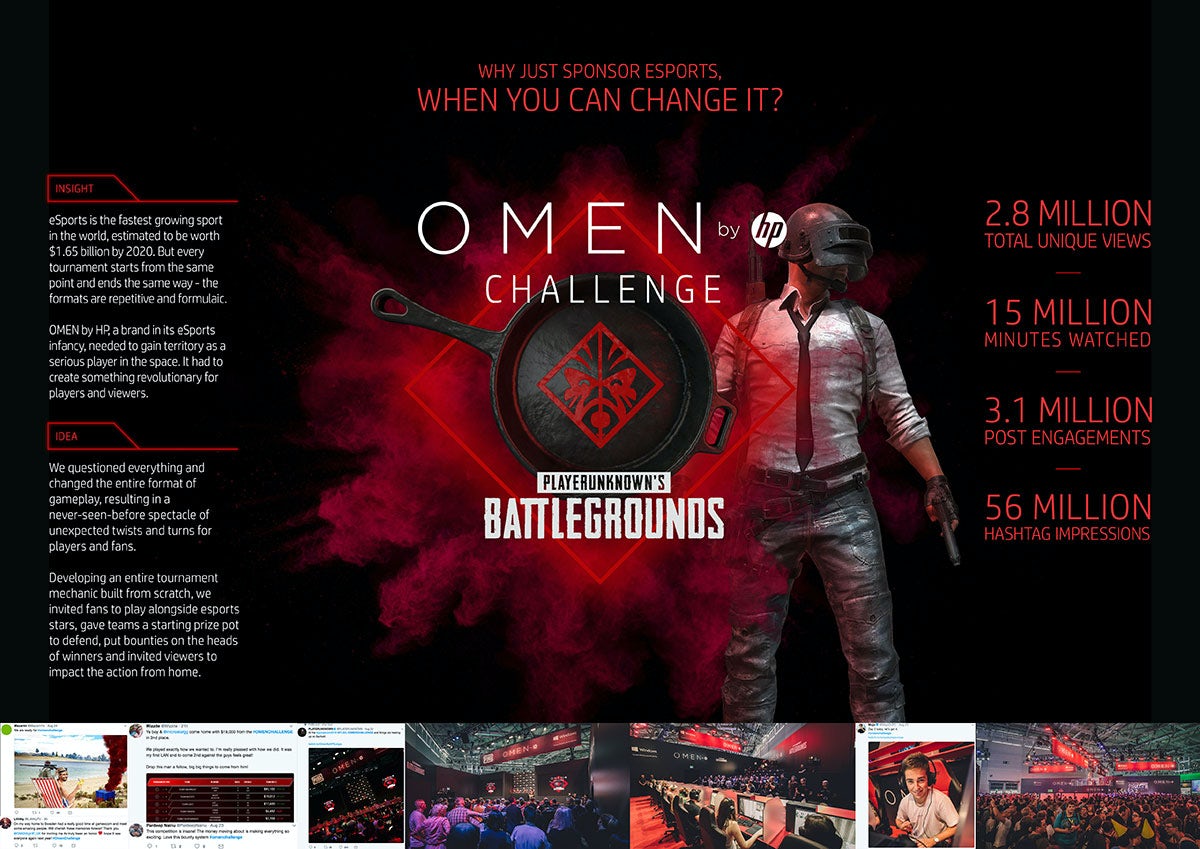 Tasked with promoting HP’s PC gaming brand Omen at the Gamescom esports conference in Cologne, Edelman devised an innovative tournament. Instead of having players fight to their death (a popular but predictable format), it paired top players with superfans and gave them a pot of cash to protect.

Players lost cash each time they were killed and earned money by offing their rivals; an extra cash incentive was placed on the head of winners from the previous round to create further drama. The tournament was held over three days, with games livestreamed via Twitch, and generated 3.2 million social engagements and 40,000 visits to the Omen HP website. Live videos had more than three million views – a 300% increase on the 2017 Omen by HP Challenge. 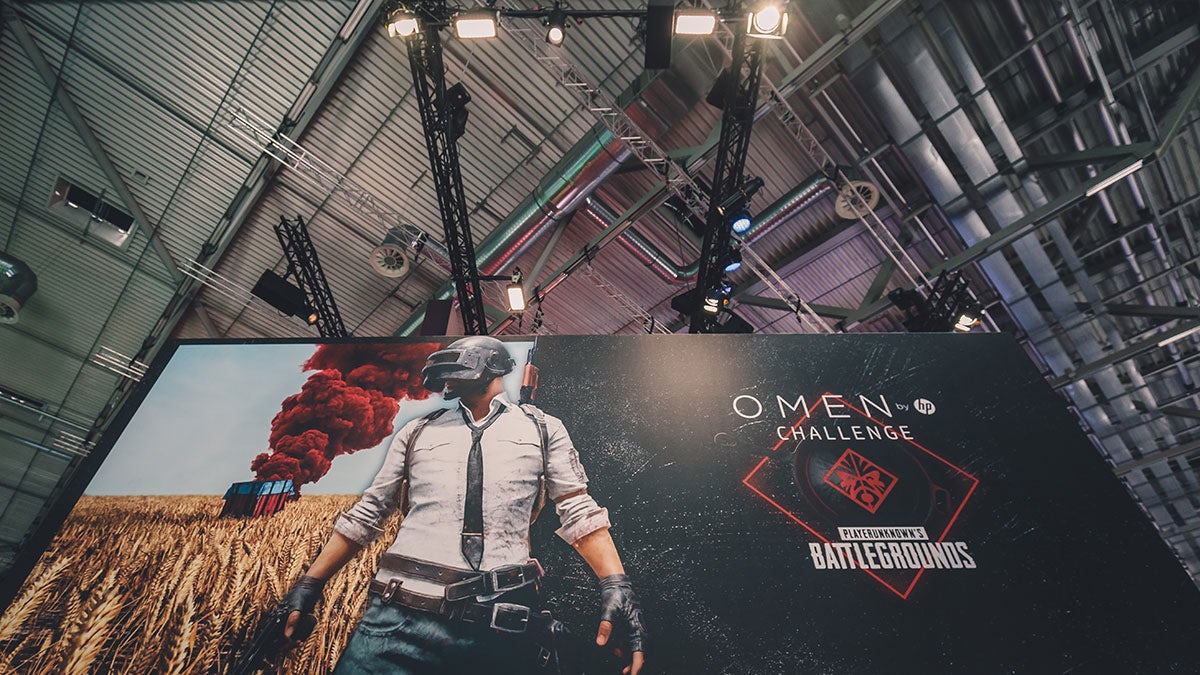 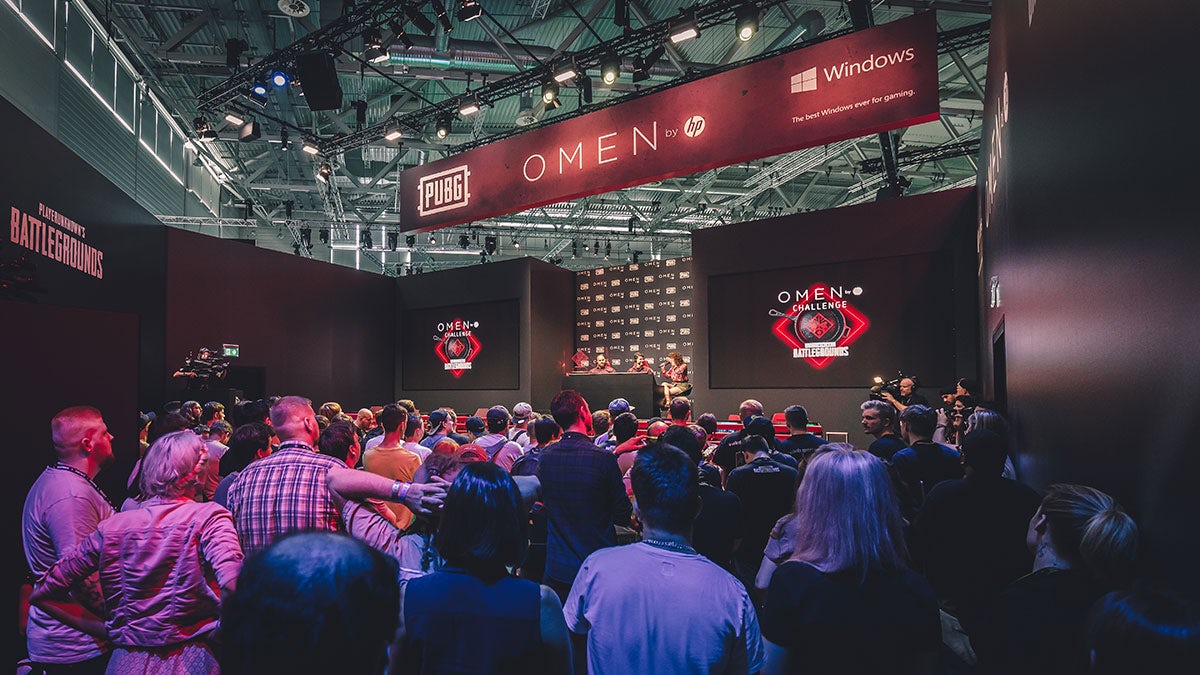 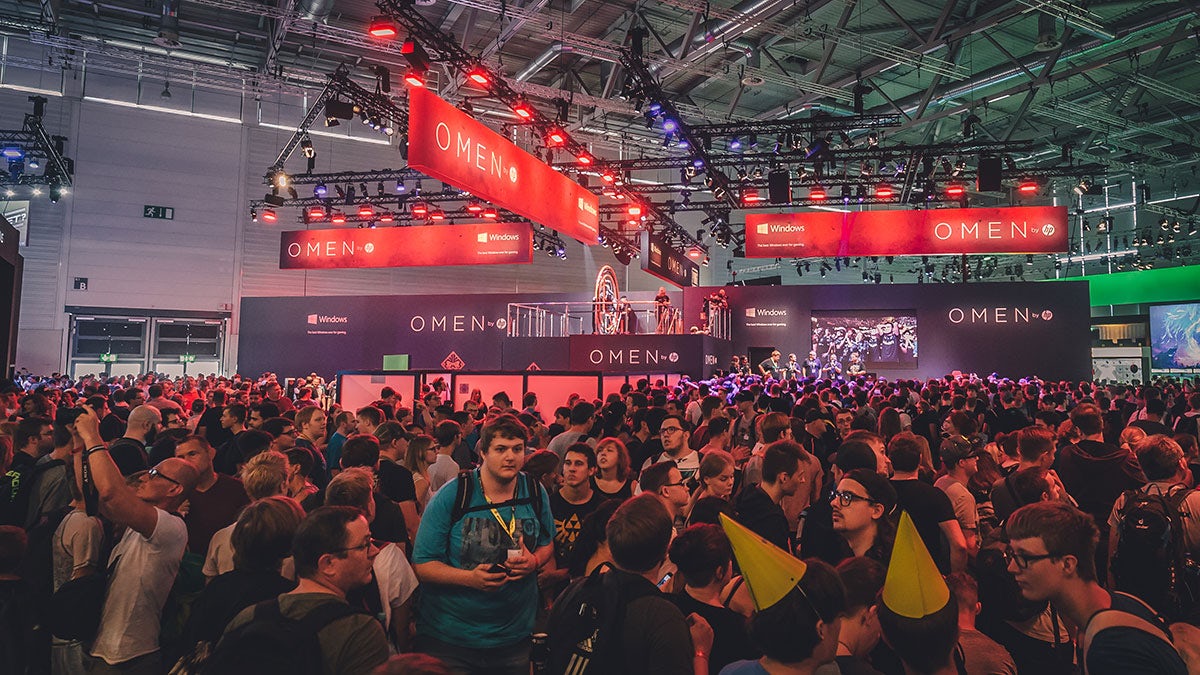