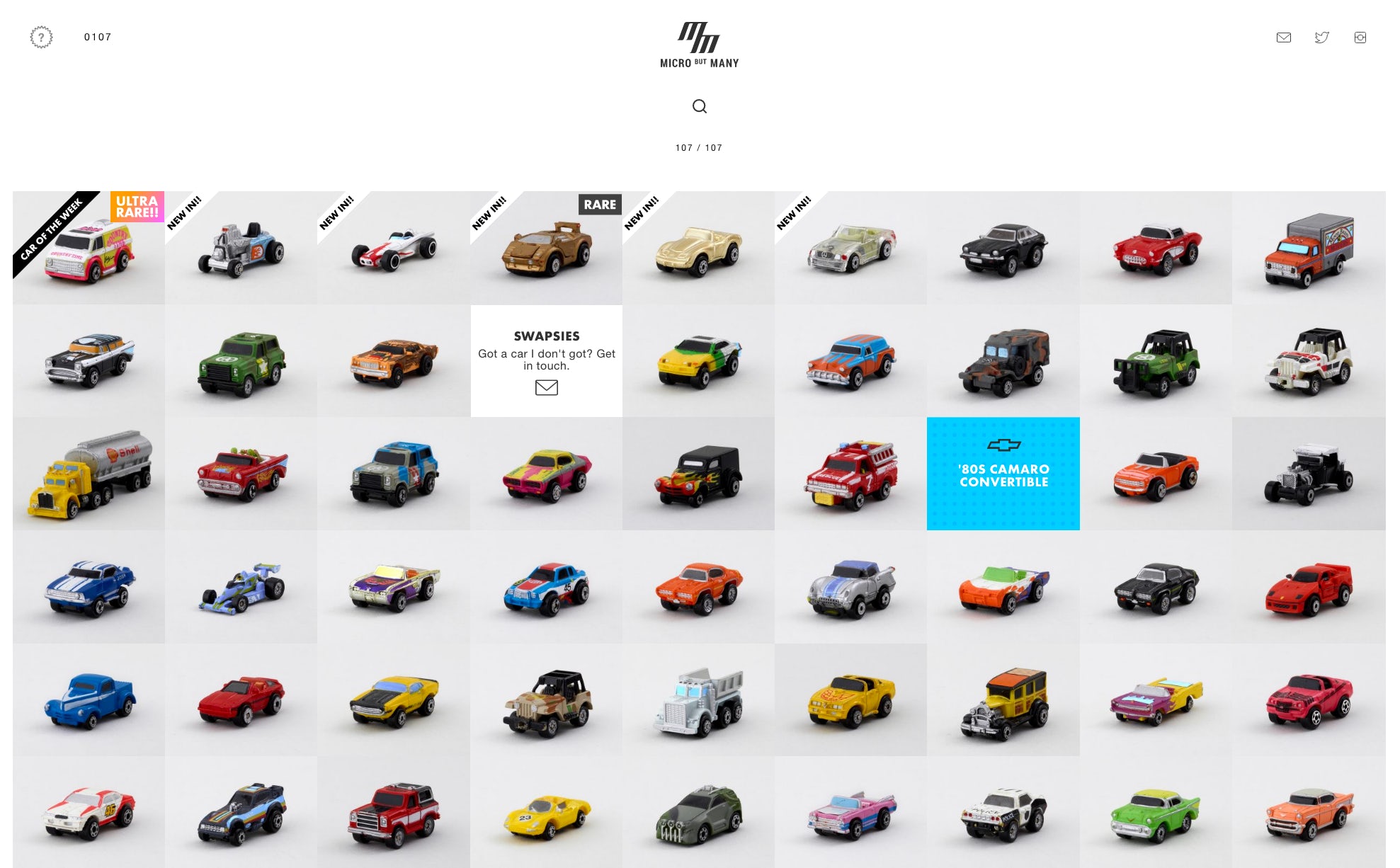 Designer Tim Smith began collecting Micro Machines as a small boy in the 1980s. The miniature toys – made by Galoob and based on real-life vehicles – were famously used by Macauley Culkin to deter burglars in Home Alone. They were once the biggest selling toy cars in the US – more popular than both Hot Wheels and Matchbox.

“They were expensive for a small boy but thanks to playground swapping and thieving I managed to amass about a hundred of the things,” says Smith. “One day my ‘friend’ Mark Baldwin offered to buy them from me for a measly 50p. He could sense my desperation to buy a stainless steel Teenage Mutant Ninja Turtle coin I saw for sale in Woolworths. I accepted his offer. I regret that decision to this day.”

Determined to right his wrong, Smith – who now heads up the auto division at digital design studio ustwo – has spent the past few years sourcing Micro Machines and has amassed a collection of around 1,100. (Around 6,000 designs were produced.) 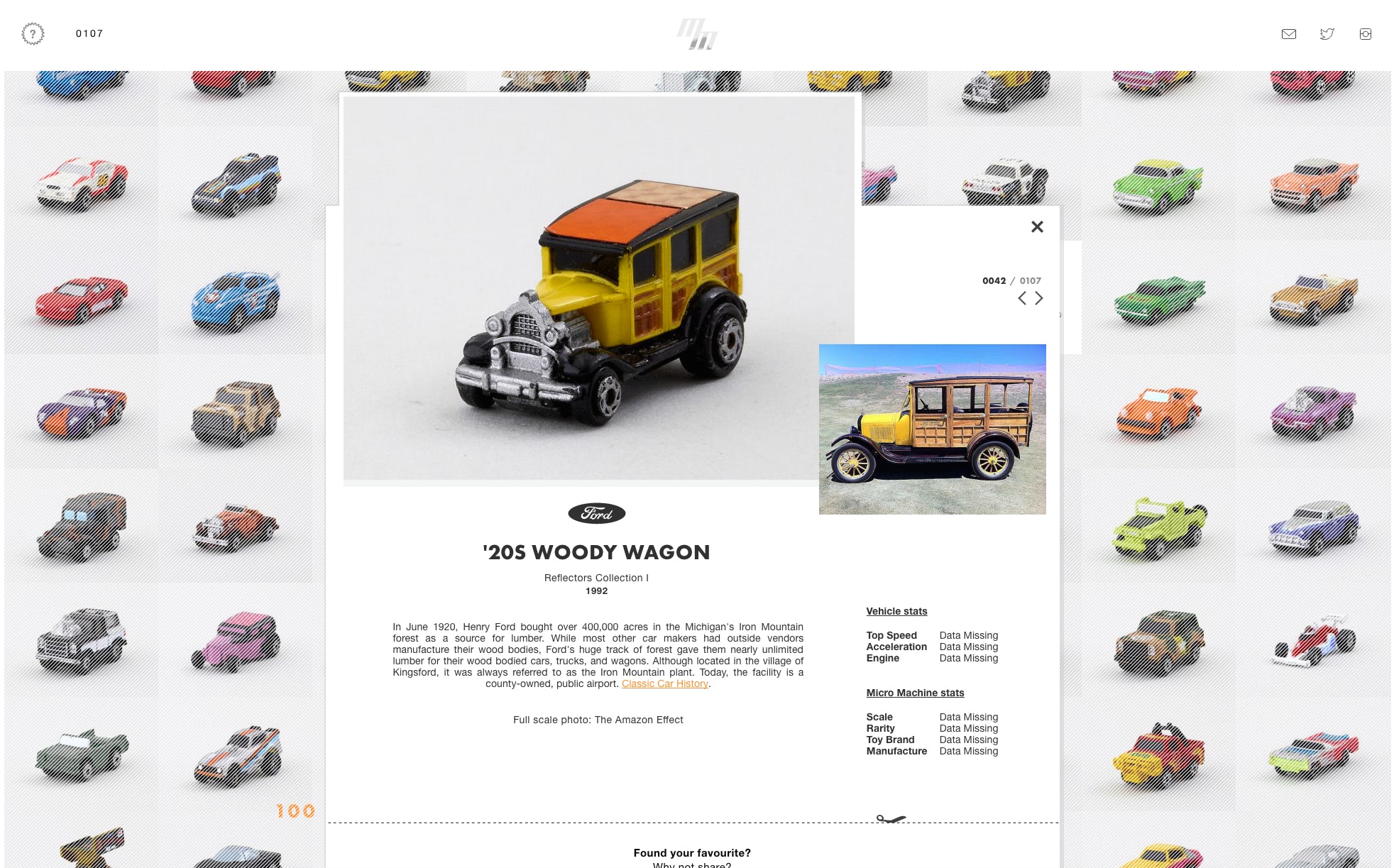 He has now set up Micro But Many – an “online museum” cataloguing his collection. Photographs of the pocket-sized toys are shown alongside images of the real vehicle they were based on and information about the design. Users can browse the image gallery or search by model, colour, brand and year of release.

Smith says he hopes the site will be a visual treat for both collectors and car enthusiasts. “[It’s] not overly engineered or documented, just light and a fun browse,” he says.

He also plans to share a ‘car of the week’ on Instagram and Twitter. “These will be selected randomly and topically: I have a presidential Limo Micro Machine that could be car of the week at the moment given this whole Trump business. The car of the week could also be one of many design classics identified within the collection such as the Ford Mustang Cobra II or Citroën 2 CV,” he explains. 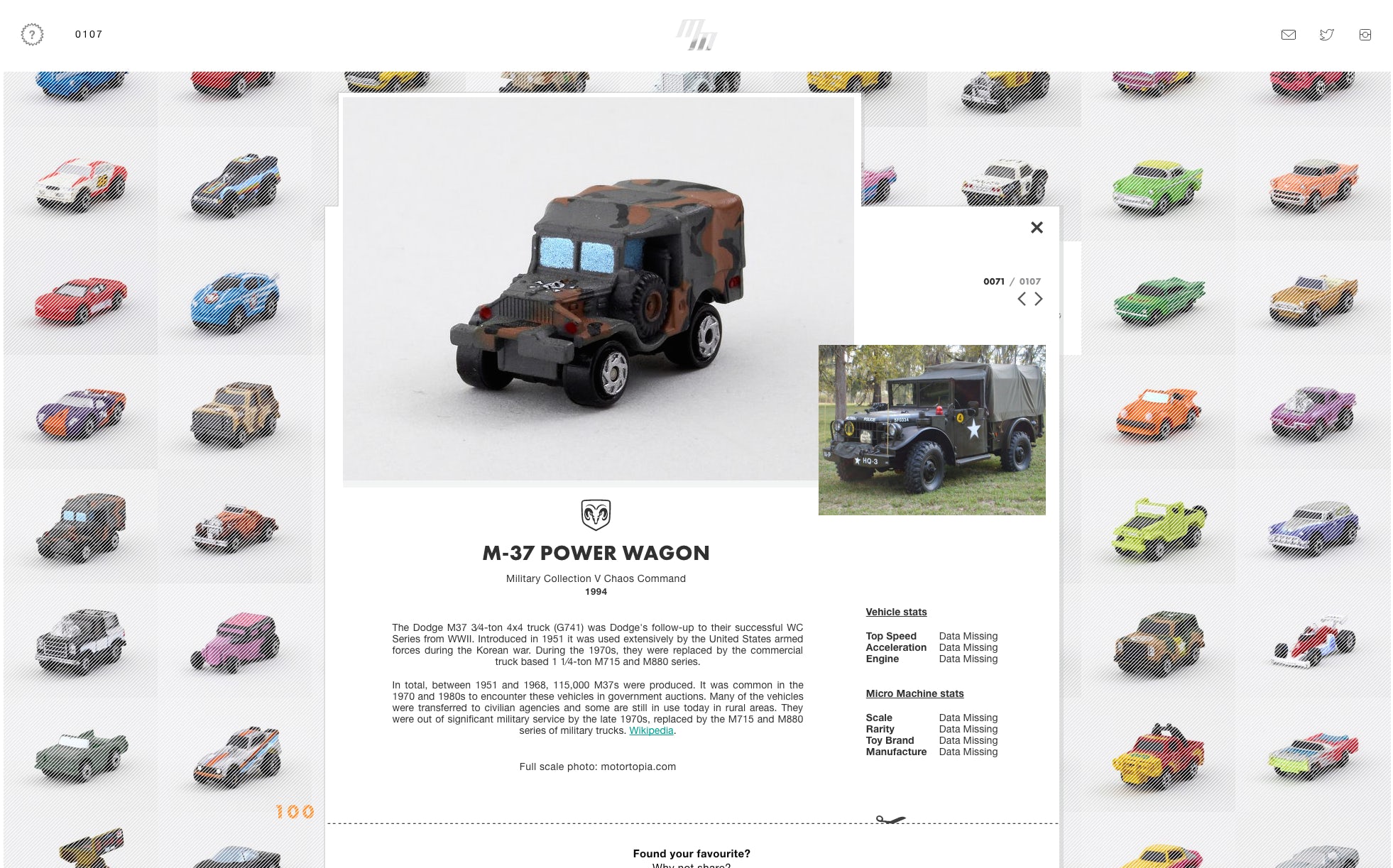 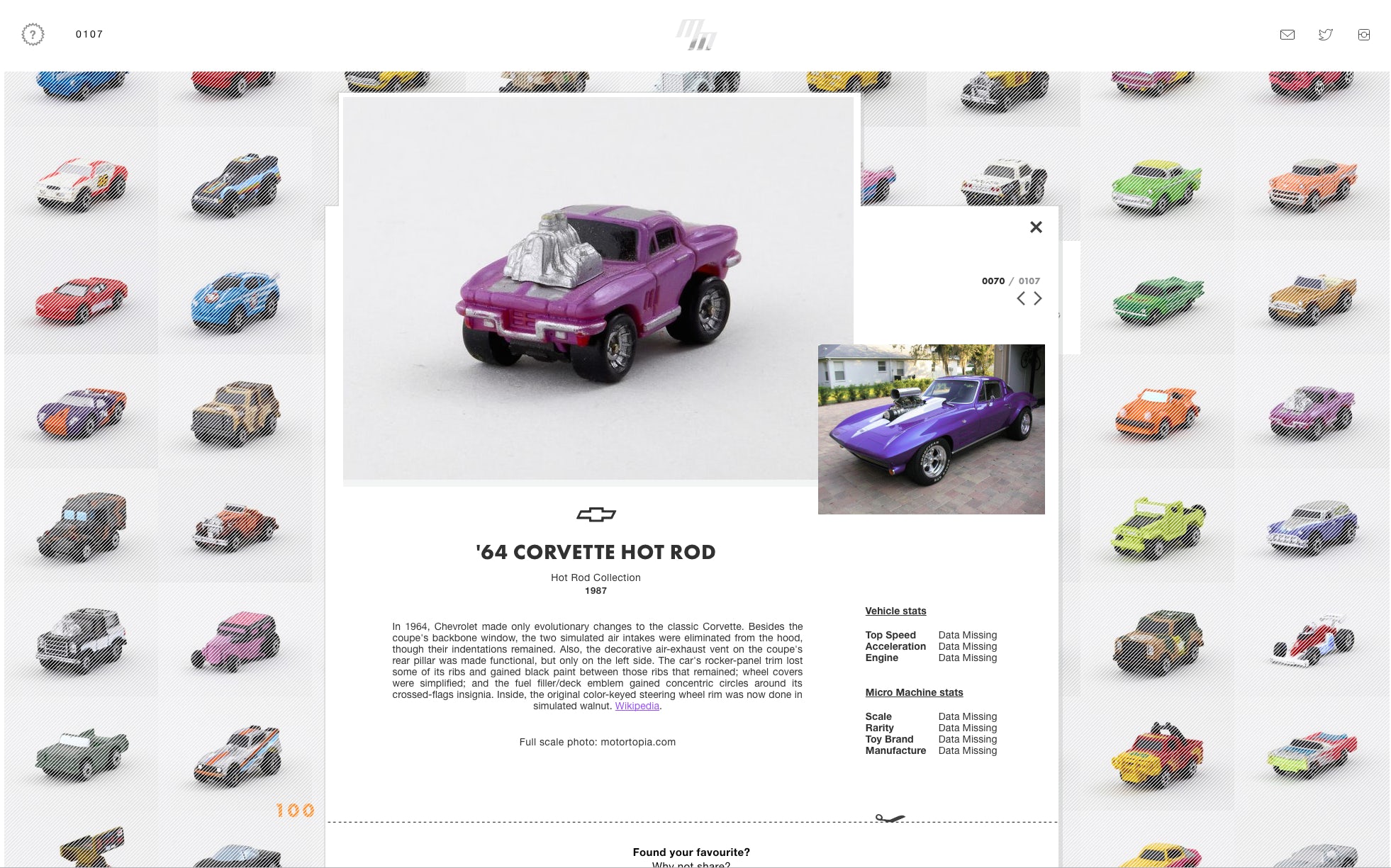 It’s a fun side project for ustwo and a labour of love for Smith – “In a strange way, these little toys connect my adult career to my childhood hobby,” he explains.

“I find a weird sense of humour in the project. It’s too niche to be taken seriously – yet there’s an awful lot of effort, depth and breadth to it.”