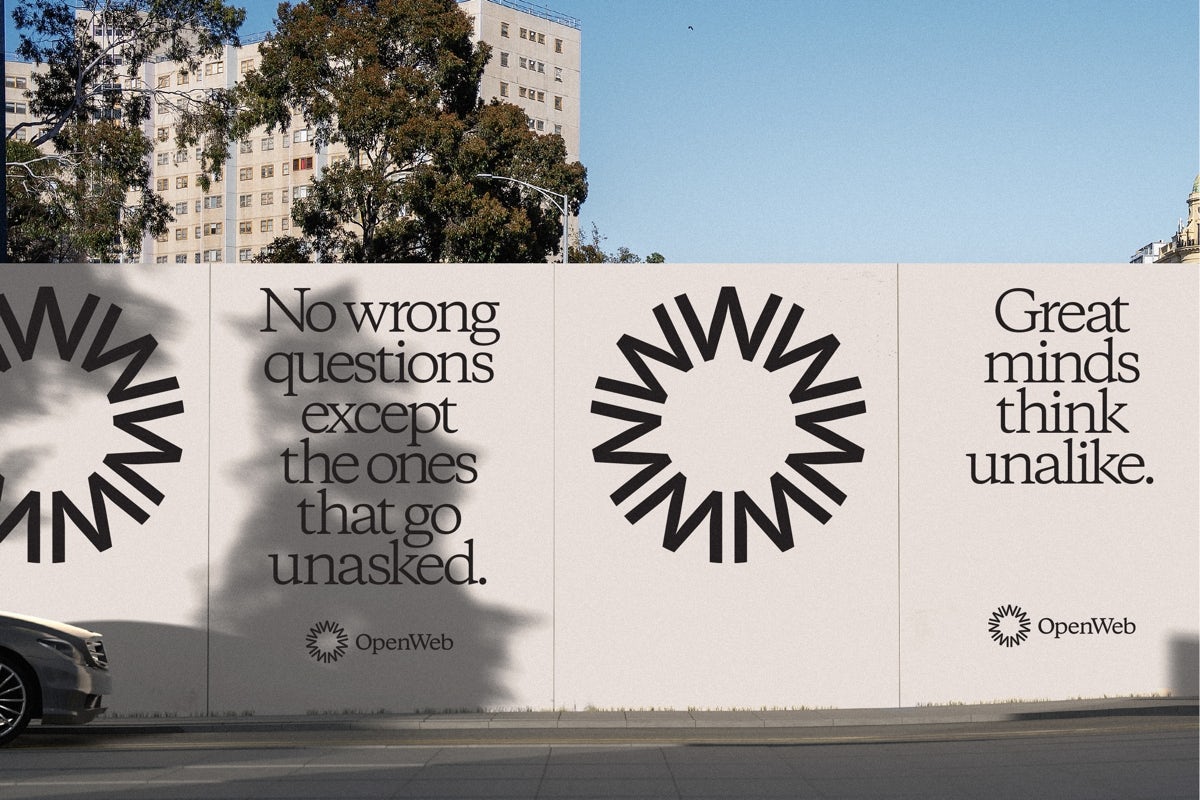 OpenWeb’s mission is to build an ‘open, healthier web’ by providing publishers with a framework for productive – and moderated – commenting and conversation. Or, as Collins describe it, to “de-troll digital discourse”.

The platform, which launched in 2012 and was previously known as Spot.IM, is used by the likes of Hearst, News Corp and Yahoo!

Collins was charged with overhauling OpenWeb’s branding, finding its inspiration in the typography of the printed newspaper page of days gone by. One of the brand’s goals was to develop a more clear voice, but also stand out in “a noisy, eye-popping digital landscape” – as described by Collins design director Megan Bowker.

The studio has taken the W from OpenWeb’s name, and turned it into a circular symbol of letters which, when animated, resembles the shifting forms seen at the end of a kaleidoscope. It’s paired with a serif typeface – which does indeed feel very newspaper-y – and a digital technique that pairs libraries of open-source content with a new colour system. 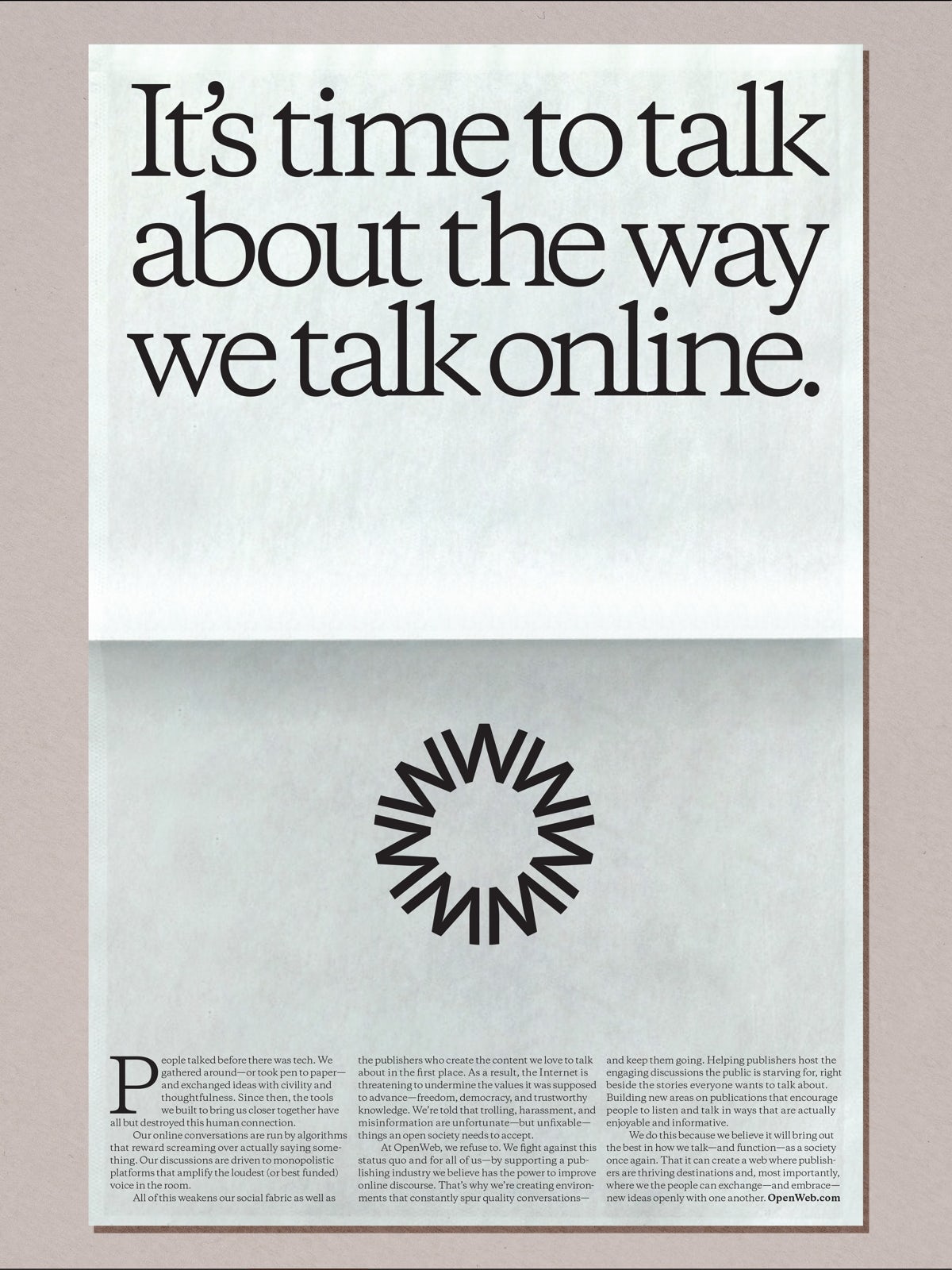 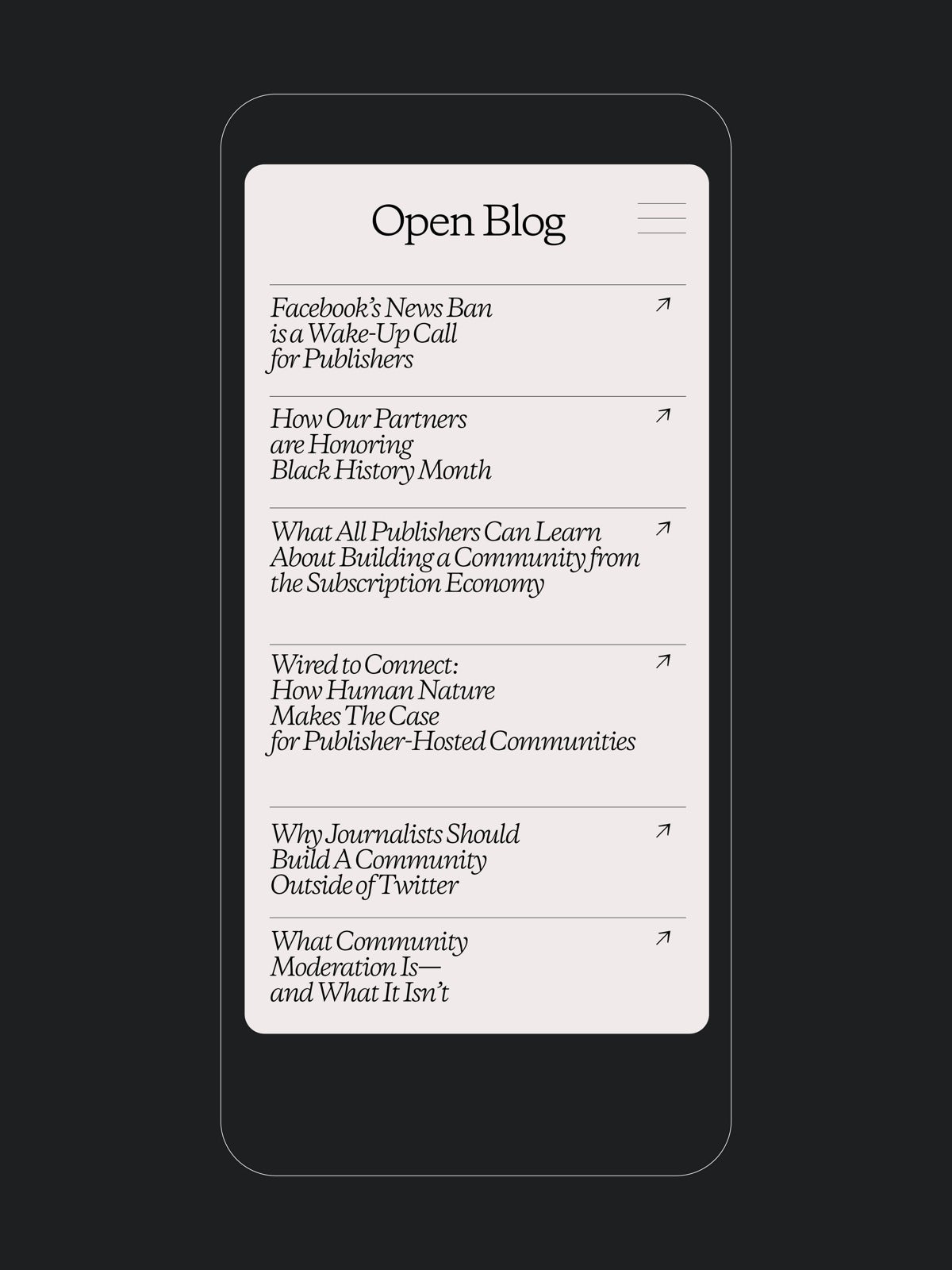 OpenWeb’s new identity is the latest example of a company to adopting a purposefully less ‘techy’ approach to branding – Mailchimp, which also worked with Collins in 2018, being another obvious example – signalling that branding’s reliance on the geometric sans serif might finally be tapering off.