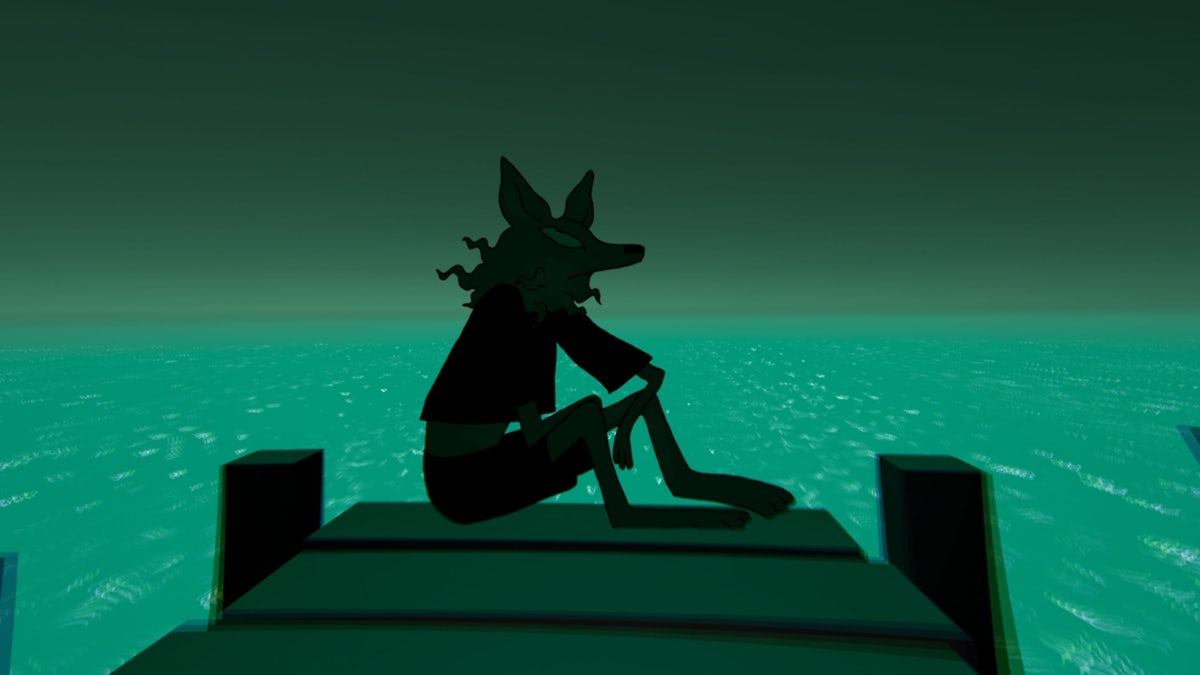 There’s no specific puzzles to solve or enemies to defeat in Paloma Dawkin’s new game, rather a series of portals that lead players to weird worlds waiting to be explored. A flying rat mascot accompanies you along the way, and that’s not the only bizarre character players encounter.

There’s also giant dogs, slime-like monsters, and anthropomorphic foxes. Musician Jlin created Songs of the Lost’s accompanying frenetic soundtrack, which works perfectly with the unpredictable narrative of the game itself.

“Everyone is talking about borders these days and I want to imagine what borders would be like in a post IRL world,” says Dawkins, who designed the game for the Manchester International Festival.

“If some kind of super AI was uploading minds into a database, what kind of system would be in place to separate the bots from the real people? I imagine that humans would have no more privilege in this kind of world, our advantage has ended. This game is about that scenario. You are asked to voluntarily give up your autonomy and exist in the garden for eternity as a shadow of your true self.”

The landscapes Dawkins designed for the game mix together 3D shapes with 2D animations, which means flowers and sunbursts sprout out of thin air surrounded by stairs, columns and other architectural forms. 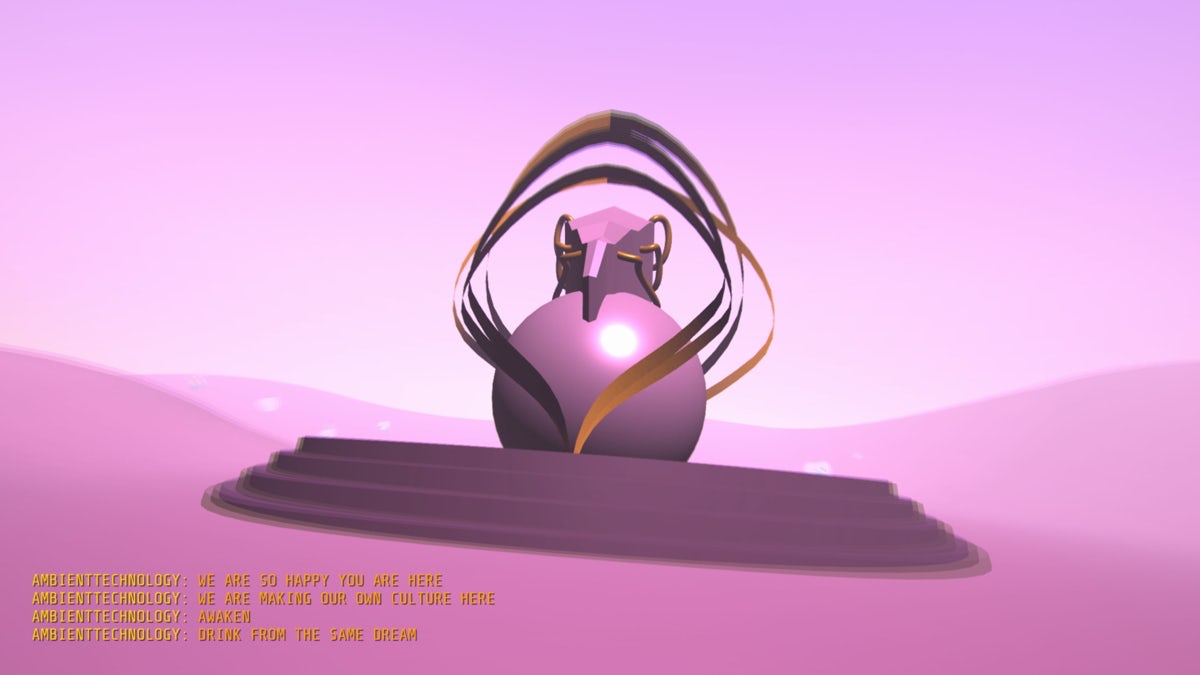 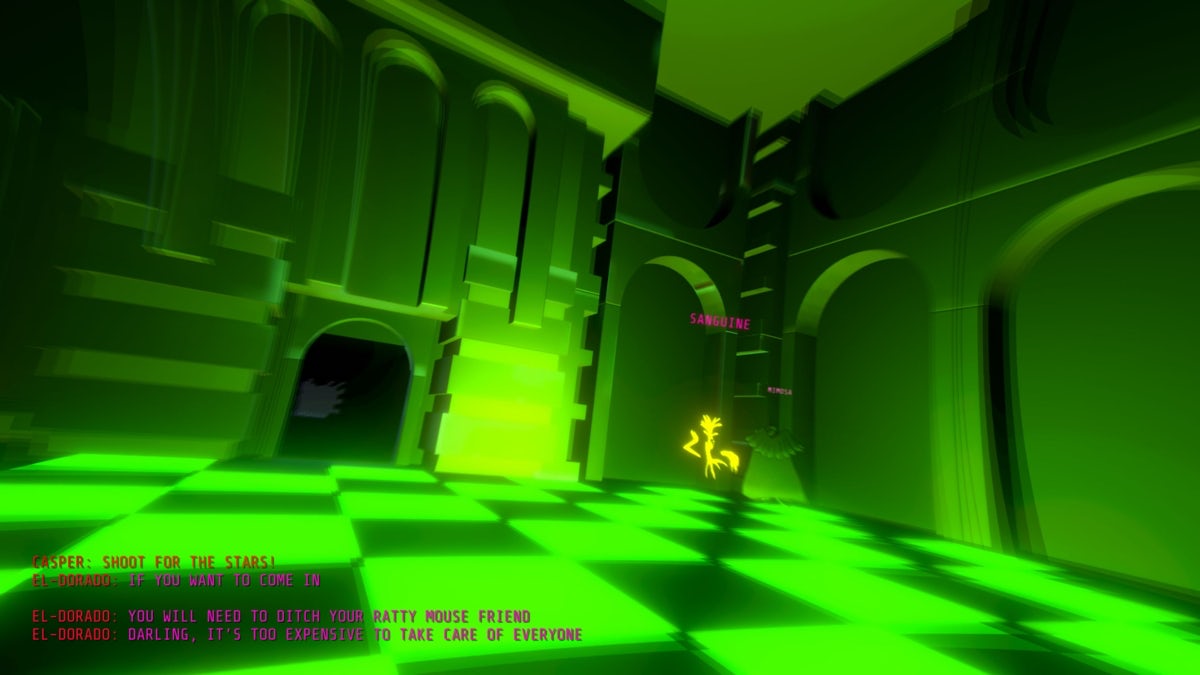 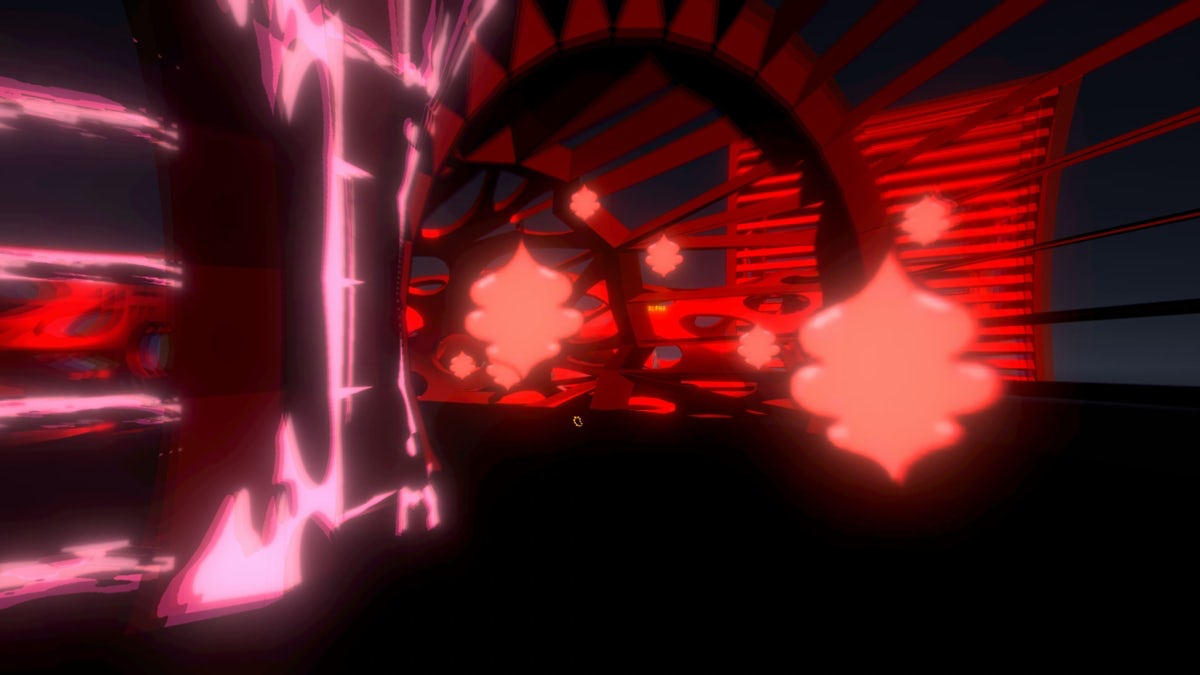 It’s characteristic of the artist’s approach, which often relies on psychedelic imagery, and games that let the player amble along at their own pace.

In a recent interview with CR Dawkins explained that her time living in Montreal, and showing her games to people at raves, heavily influenced her work. “A lot of the time my art is inspired by what those ravers would look for in art,” she told us. “So it’s about what’s surreal and can get their attention.”

Songs of the Lost is available to download for free from mif.co.uk/songsofthelost; palgal.itch.io