Launched in 2015, stationery brand Papier tapped into a huge gap in the market by offering a slick e-commerce experience for people buying cards and notebooks. Up until this point, the industry – which is worth around $200 billion a year – had been ­largely dominated by major players relying heavily on bricks and mortar retail.

According to founder and former antiques dealer Taymoor Atighetchi, people quickly understood what Papier was doing differently. In an interview with CR, he described the market as “yearning and desperate for a relevant, online brand that had design at the heart of it”. 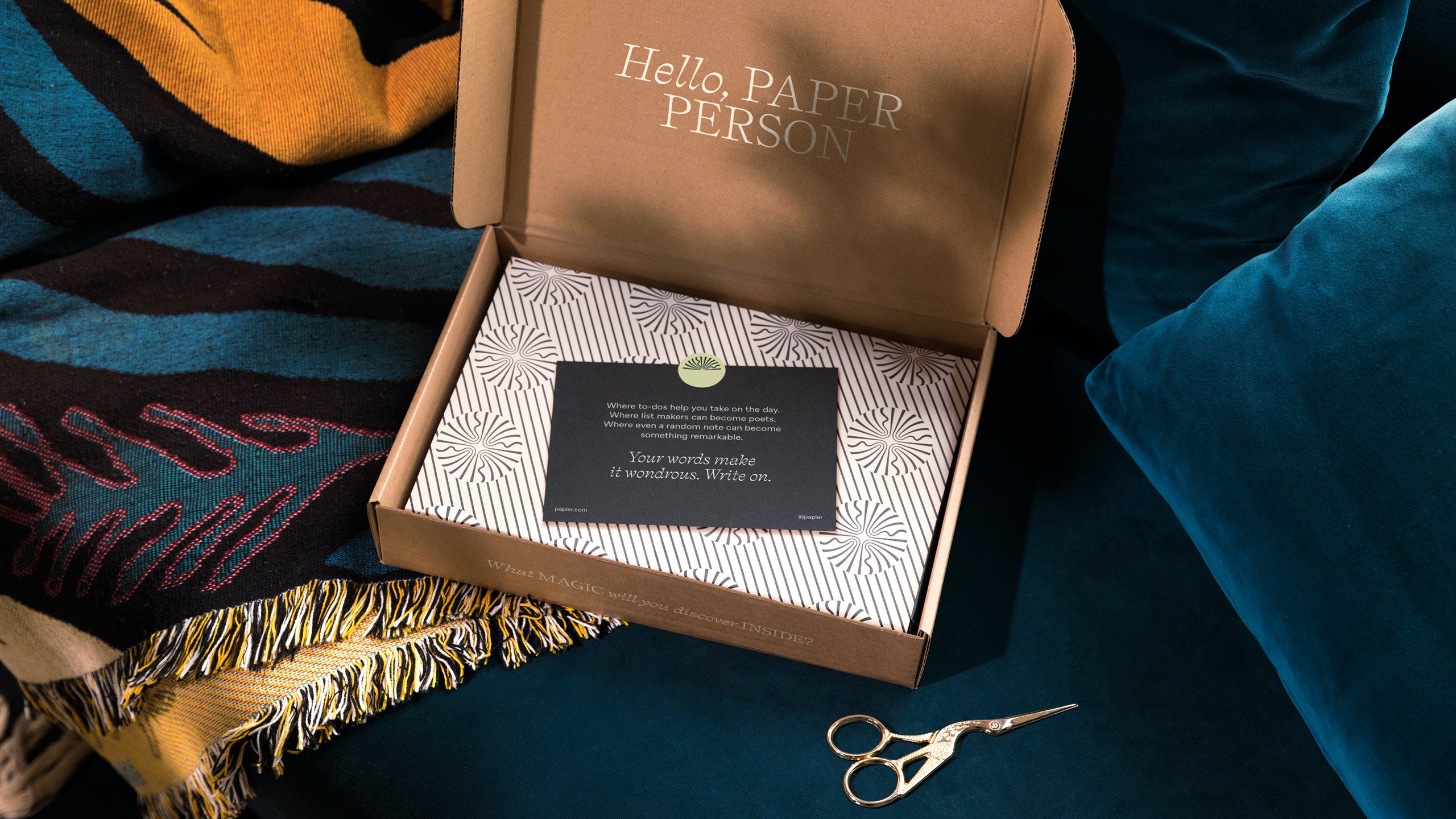 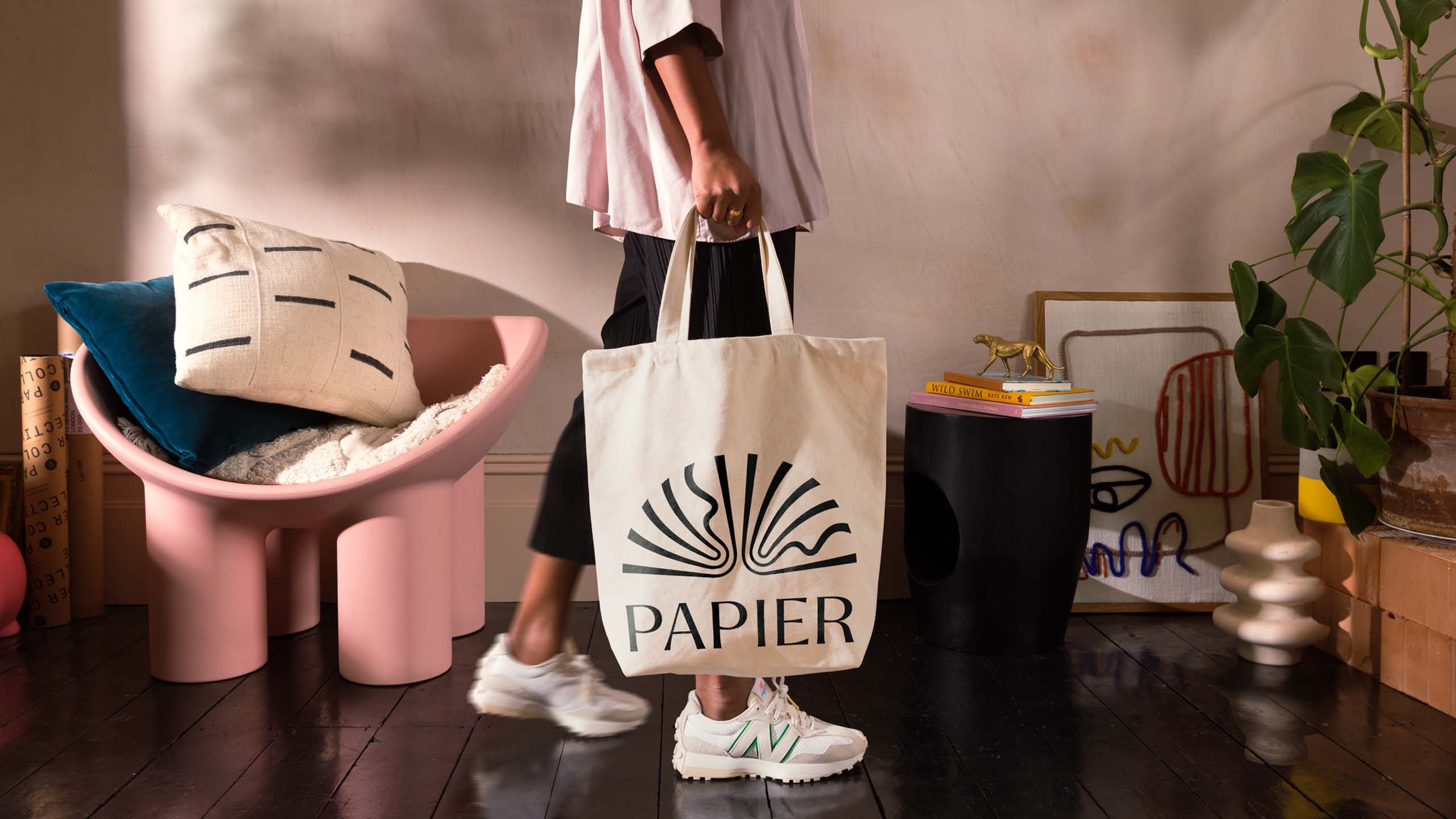 “The more I dug in, the more I realised there was a huge opportunity there – not just because the ­market was so big but because there was no brand really owning and defining the category overall, or doing it in a way that’s relevant to the modern consumer,” he explains.

In 2021, after reaching more than a million stationery enthusiasts, it was time for Papier to reflect on what the business meant to people. While consumers were drawn to its designs, what they really loved about the experience, says Atighetchi, was how stationery made them feel, and what it allowed them to do. The rebrand had to tap into these emotions, capturing the inherent magic of the blank page.

According to Ragged Edge, the new identity also had to take Papier beyond the conventions of the category. With US expansion on the cards, the business needed a visual identity capable of “cap­turing the hearts and minds of creatives and lovers of creativity everywhere”. 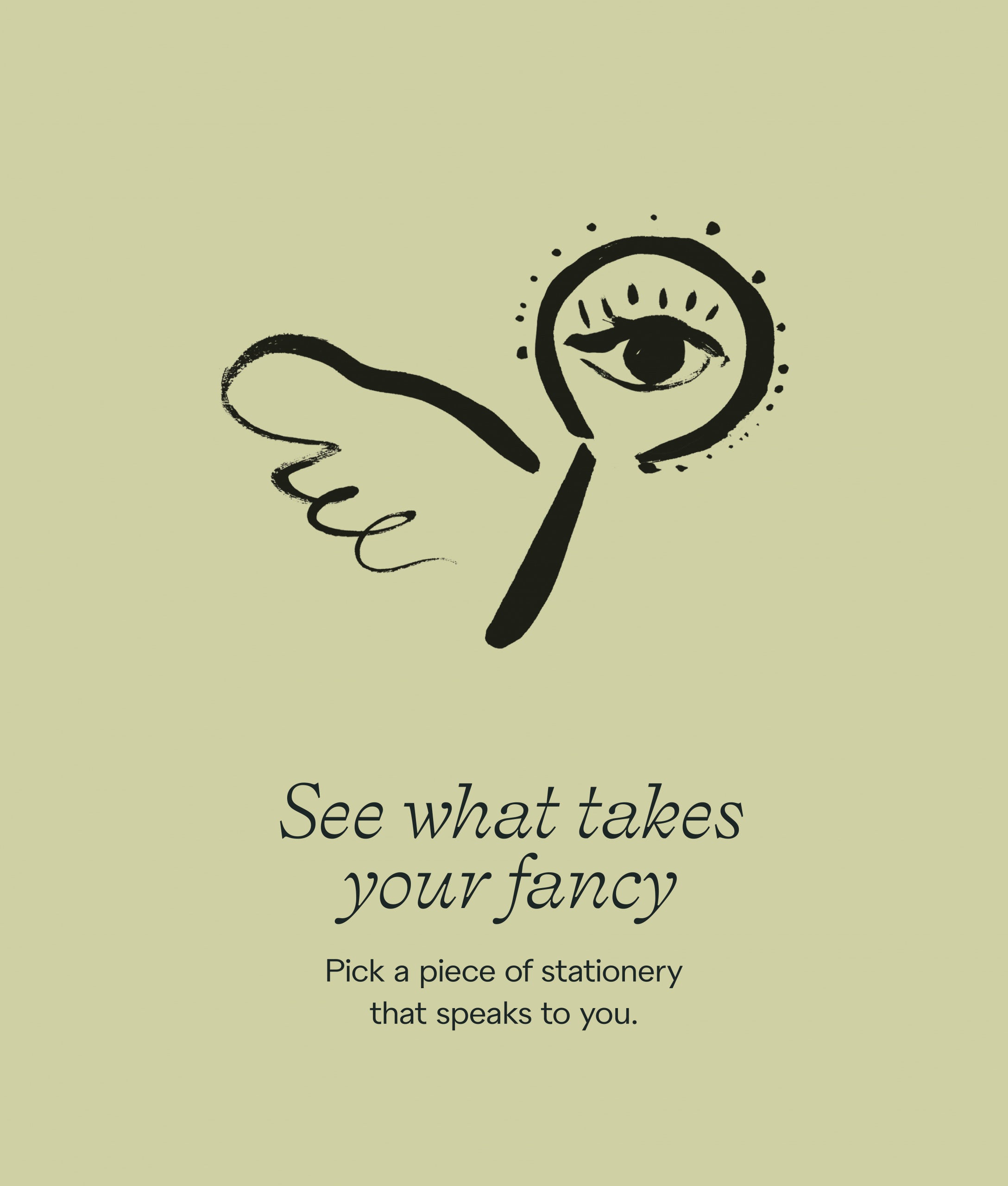 “To get people thinking differently about ­stationery, we set out to redefine a category that solely focuses on aesthetics,” explains the studio. “Shiny new designs are often used and thrown away without much thought. But, while beautiful, Papier’s products offer a sense of promise – not only the chance to express ourselves, but the power to realise who we are.”

Ragged Edge introduced a new symbol – reminiscent of the folded pages of a notebook – which is ­supported by a set of graphic patterns and an elegant serif typeface. The accompanying copywriting speaks to the possibility of a fresh page – appealing to aspiring novelists, describing the pleasure of using a pen, and generally tapping into the ‘paper people’ that make up Papier’s audience. 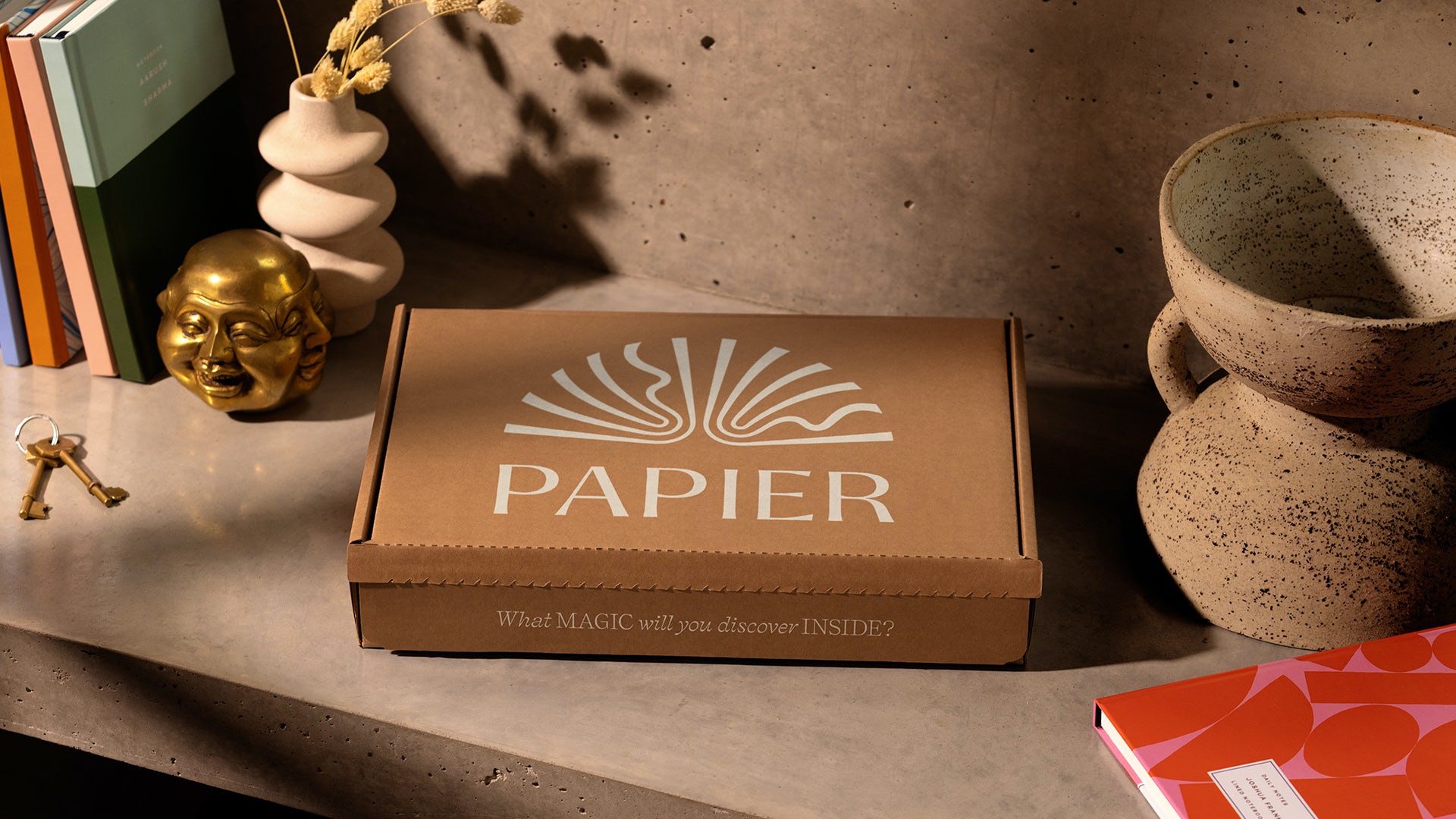 “The new identity is born of paper and ink, and is created to invite you in, appeal to every sense, intrigue, provoke, transform,” explains the studio. “Just like stationery itself. The logo lifts the cover on the wonder within a notebook, packaging is reimagined for paper people, photography captures an atmosphere, not just an aesthetic, and the tone of voice speaks of possibility, not just products.” 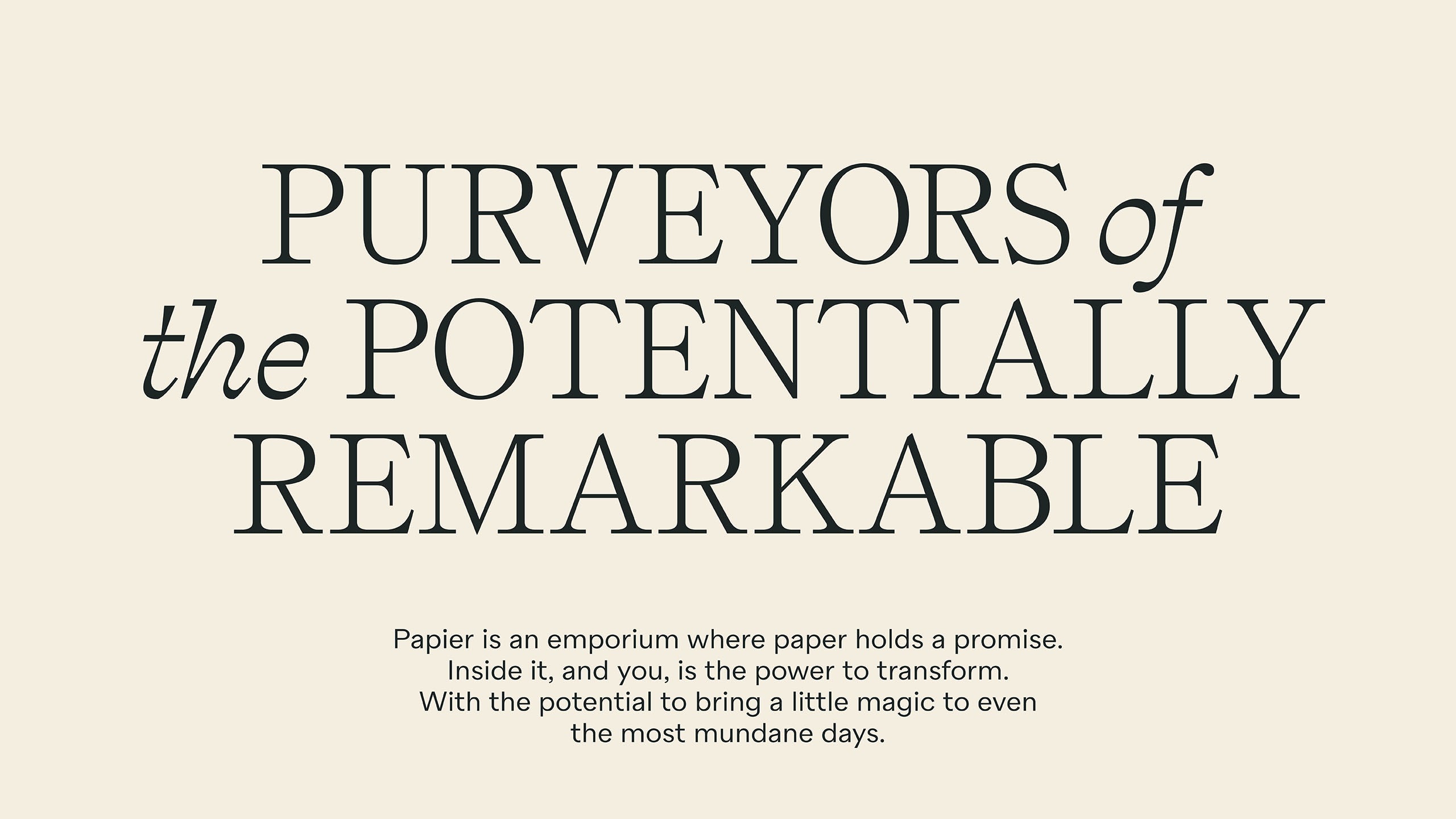 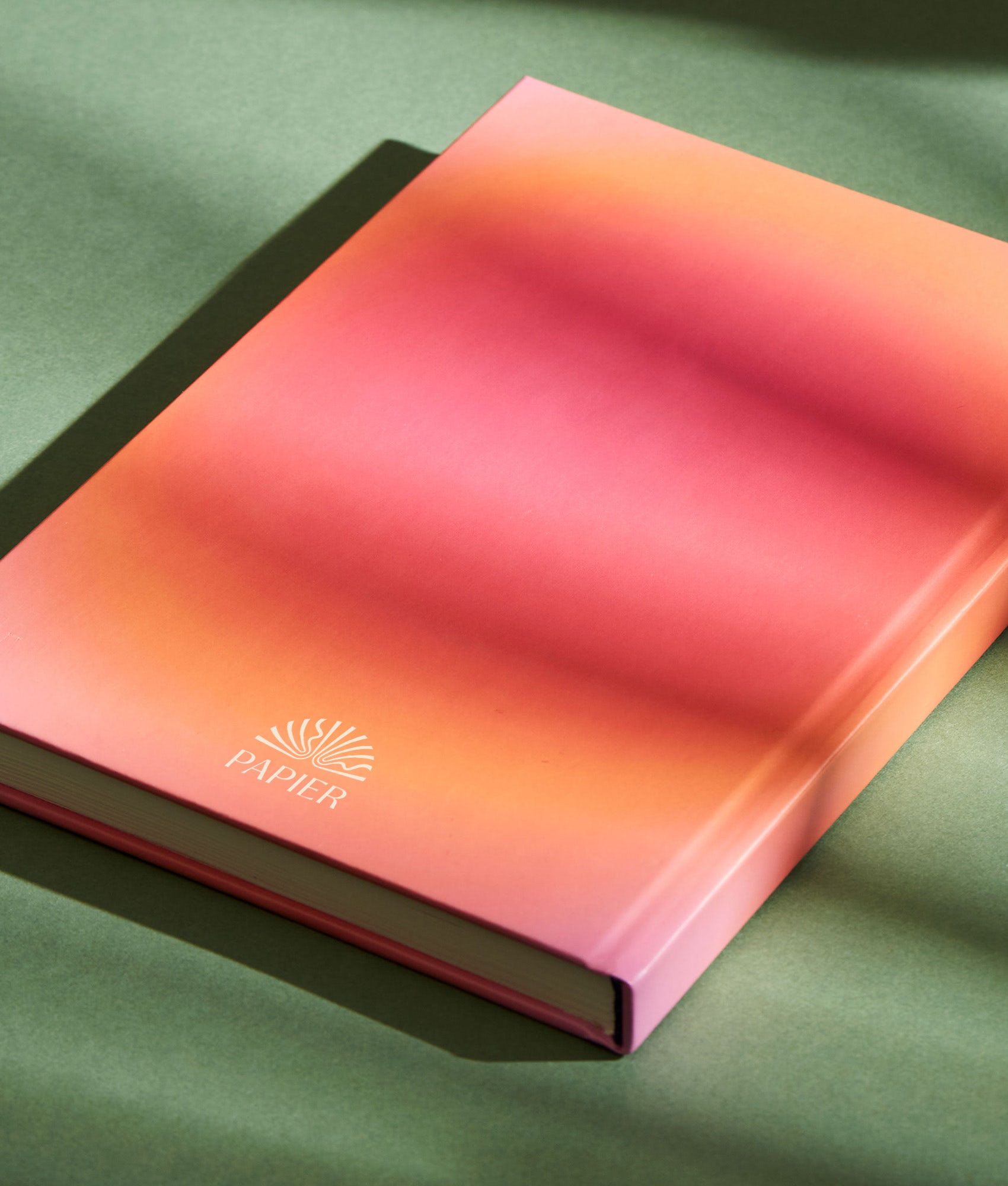