The Patterns of Life book series taps into the growing concern about humanity’s impact on the environment, and examines our relationship with the world we live in. Titles include Charles Darwin’s The Origin of Species and Yuval Noah Harari’s Sapiens, alongside Cradle to Cradle by Michael Braungart and William McDonough, Adventures in the Anthropocene by Gaia Vince, and Jared Diamond’s Guns, Germs and Steel.

“These books are very in line with our philosophy in that they tell important stories; stories that impact our times, and the patterns of our past, present and future lives,” says Anna Murray, co-founder of Patternity. “This project was the perfect opportunity to implement our design and storytelling approach to bring together these seminal texts as one whole, and help draw attention to the patterns of time that have shaped culture.” 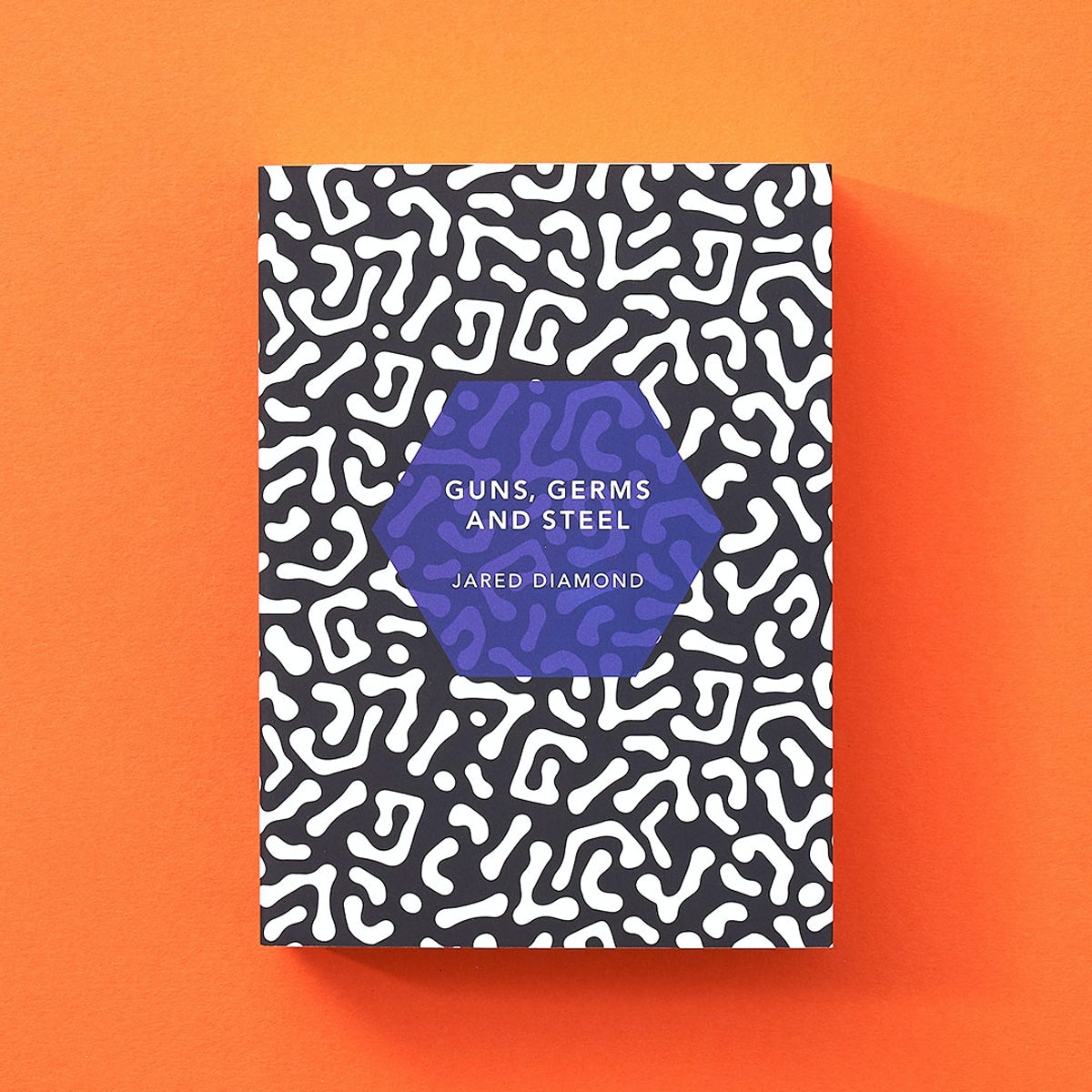 In a departure from Vintage Classics’ iconic red spines, Murray and co-founder Grace Winteringham have come up with something a little different. “The circle on the spines across all the texts was a key aspect of our design approach,” says Winteringham. “When the books are placed on the shelf they create a large sphere … [It’s] a visual statement on the cyclical nature of time, the shape of unity, wholeness and the earth – our collective home – as a subject that unifies all these texts.”

Patternity also created individual designs referencing key aspects of each title. “The colours are a nod to the colours on the original books,” Winteringham says. “The shapes for each title are the simplest exploration of the complexity of the content inside – Sapiens for example referencing our top down anthropocentric power [with a triangle].” 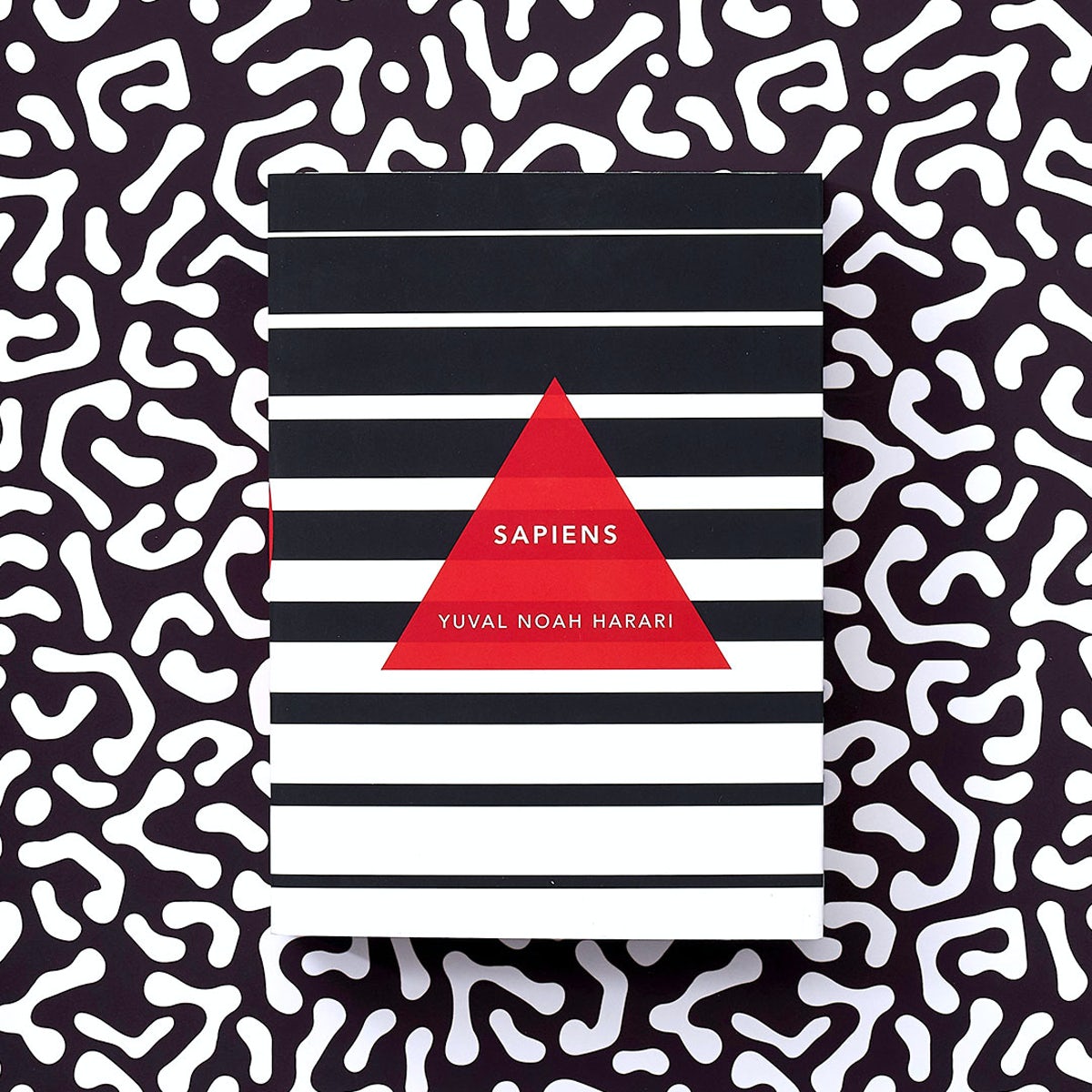 These shapes are overlaid on different patterns for each book. The spiralling fibonacci pattern on The Origin of Species celebrates “the universal pattern of growth and evolution”, Winteringham explains, while Guns, Germs and Steel – which looks at how human history has unfolded across the globe – features “a petri dish-esque Alan Turing pattern that nods to microbes competitively fighting for space”.

Cradle to Cradle’s structured pattern is a nod to modern manufacturing methods. In line with the book’s proposal of a new vision for modern industry, its cover acknowledges “the power of innovative design thinking and man-made structures to work in alliance with the natural world”, says Winteringham. 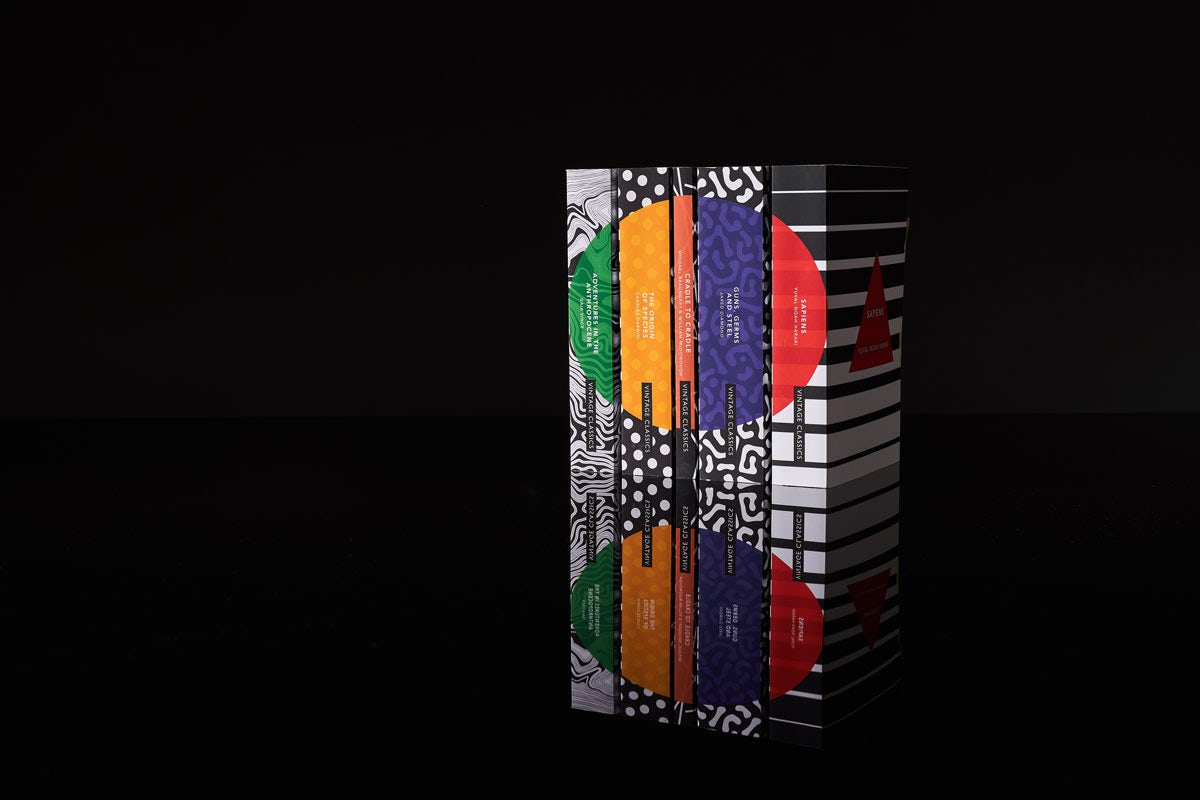 For Adventures in the Anthropocene – an exploration of the changes and future of the natural world – the design duo aimed to evoke images of glaciers, rock formations and oceans through “topographic natural patterns [and] swirling emergent lines reminiscent of shifting contours as if viewing our Earth from far above,” Winteringham adds.

Finally, the cover of Sapiens reflects the book’s focus on the history of humankind. “The striped triangle is here symbolic of our top-down, hierarchical systems,” Winteringham says. “This iconic shape, segmented in ascending ladder-like lines makes a visual reference to the pattern and linear nature of human domination of the planet, [exploring] the unquenching human quest for improvement, dominance and control over the natural world and all ecology.” 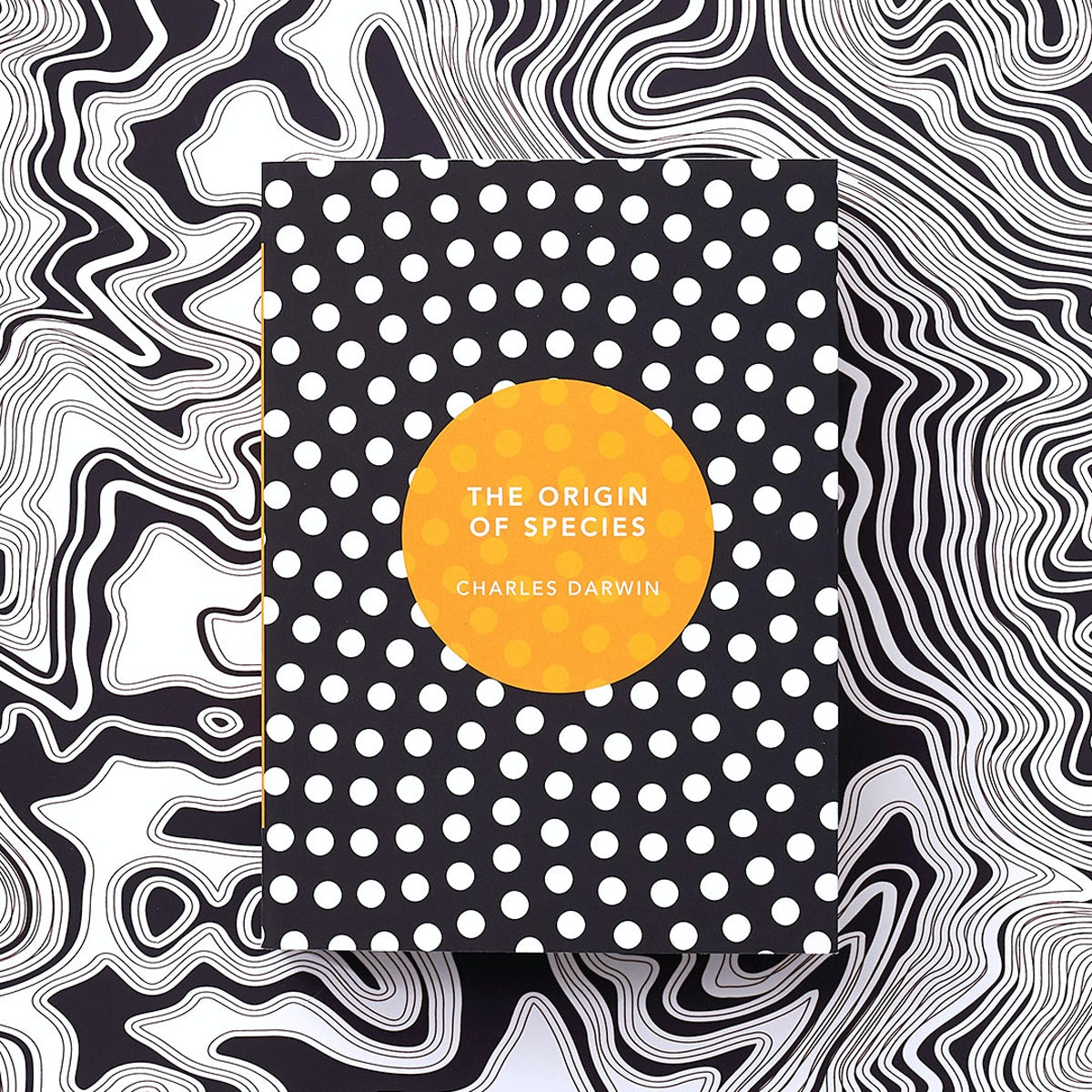 Patternity’s first ever commission was a book cover for Granta’s Voices of America by Ec Osondu, but this project is its first foray into a collection of titles. Other recent collaborations include homeware and clothing collections with John Lewis and Crackle Connections: Artisan African Homewares with Zambian artisans Tribal Textiles. The studio is also planning an event to coincide with the launch of the Patterns of Life book series on 17 February, which will focus on sustainability and science.

There’s something important about books that help us find our place in the world around us and challenge us to make changes. Vintage Classics says its mission is to “unearth forgotten classics”. This collaboration presents us with five whose relevance is timeless – and whose covers might be too. 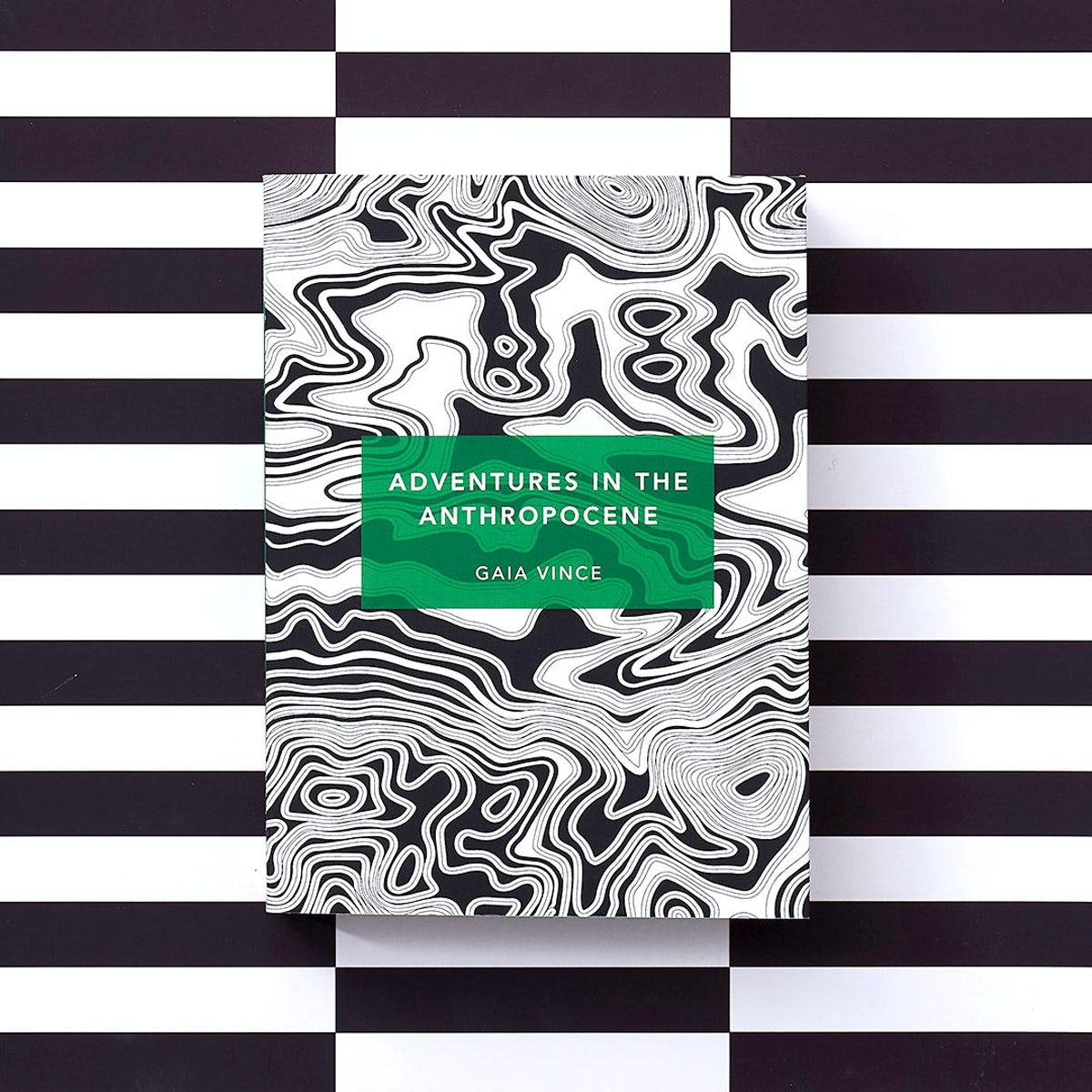 Patterns of Life series is published by Vintage Classics; patternity.org