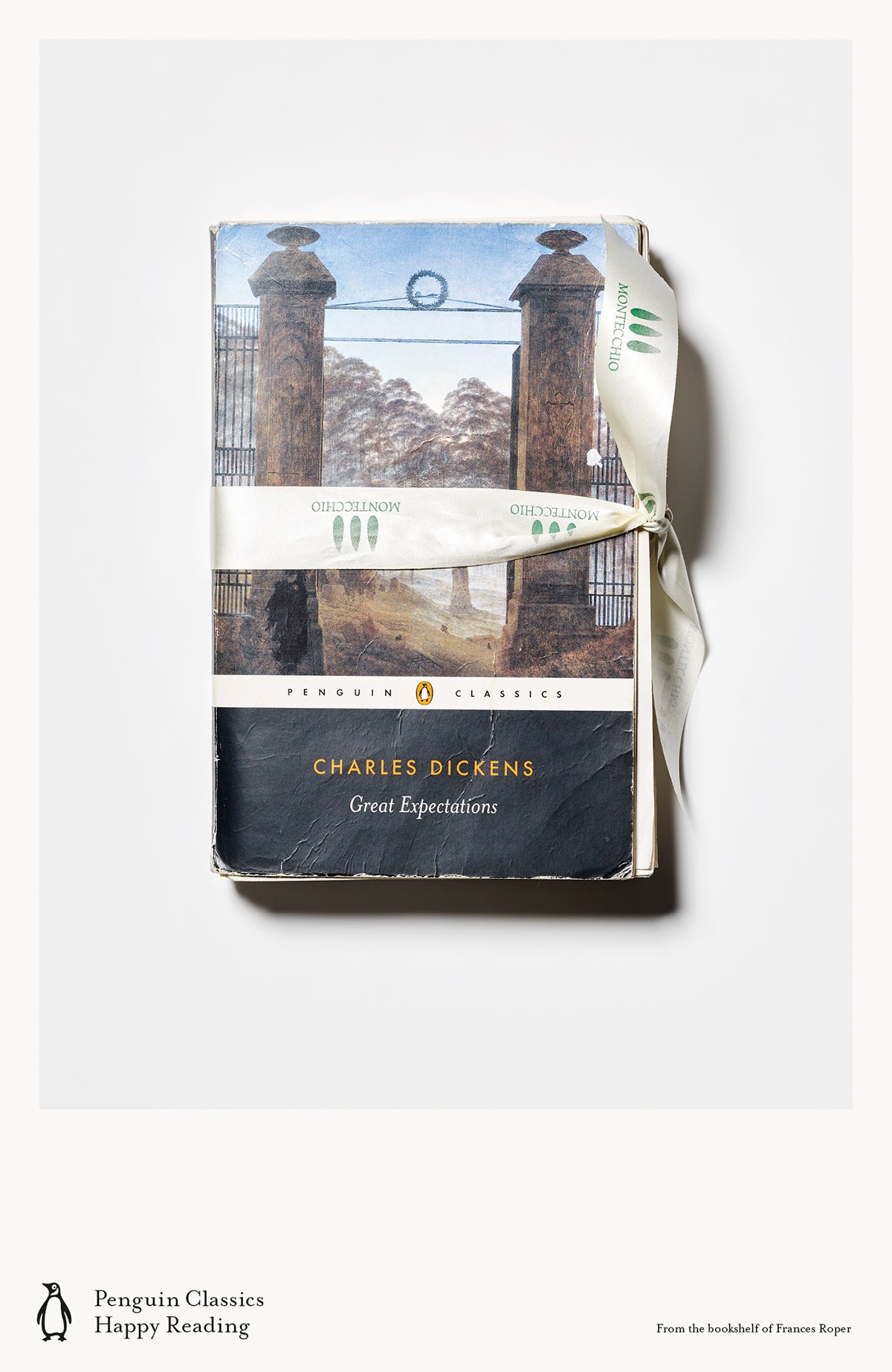 The new Happy Reading campaign by Penguin Classics is nothing short of a love letter to the trusty old favourites that readers keep coming back to, time and time again. The books shown in the ads are riddled with cracks, rips, scribbles and dog-eared pages – a testament to how timeless reads (specifically Penguin Classics) spend more time thrown in the bottom of a bag or in a reader’s clutches than they do gathering dust on a bookshelf.

From Ancient Greek classics through to 19th century greats, the books highlighted in the ads were borrowed from the wider public as well as authors, booksellers, artists, and musicians, including Kate Tempest and Ali Smith.

It would’ve been possible to take newly-published editions and decorate them so as to appear old and worn. However, borrowing real books from real owners brought a level of authenticity and character that would’ve been hard to imitate, explains Sam Voulters, Brand Director at Penguin Random House, who worked with in-house designer Tom Etherington on the campaign.

“We wanted to celebrate the real connections that readers have with their favourite Classics and we’ve been so surprised and delighted by the books that we’ve been sent,” he tells CR. “To find such beautiful books held together with ribbons from olive oil bottles or covered in stickers would have been impossible to fake. We’ve had so many submissions that it simply wasn’t necessary either! The campaign is much stronger for having our readers interacting with it directly too.” 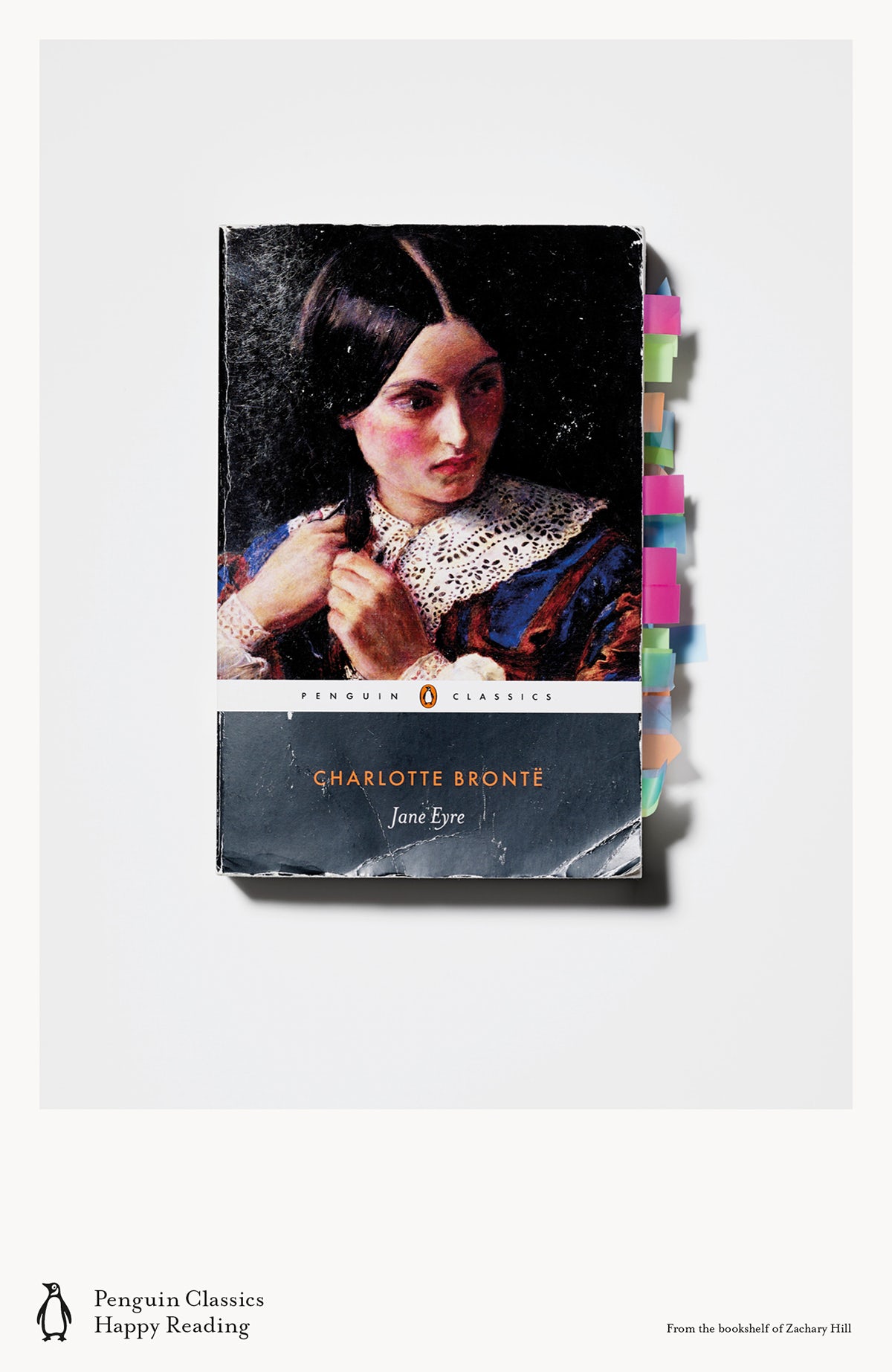 “From the earliest conversations, it was this connection between book and reader that we wanted to explore,” Voulters continues. “From portraits of readers with their favourite books, we quickly embraced the idea of making the books themselves the stars of the campaign.” Though he cites a handful of brands that have showcased used products, “nobody as far as we know has done it with books”.

Rough, ready and full of life, the Happy Reading visuals are a far cry from the pristine, crisp-edged novels that are typically used in ads. Yet Voulters points out that signs of being worn down and read cover to cover are as good a promotion as any – like unspoken word of mouth.

“Books are made to be read though, and this campaign makes the case that the most beautiful books are the ones that show signs of having left their mark on the people that have read them,” he says. “There are all kinds of ways that we can recommend books to each other, but there’s something almost alchemical about the well-loved book making that recommendation itself.”

As busy and as tarnished as the books may seem, the ads themselves are surprisingly simplistic, helping them to stand out alongside the cluttered ads that line the London Underground and city streets around the country. “The time a commuter will spend looking at a poster on the underground is so short that to present and idea clearly and simply will always, if done well, say more than an advert that is much busier,” says Voulters. 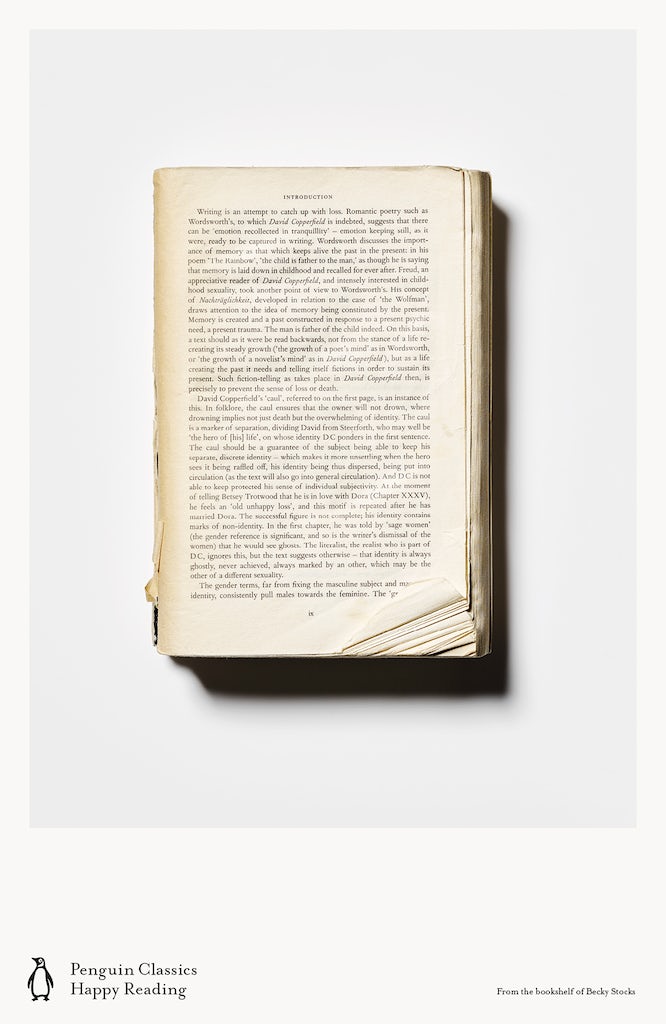 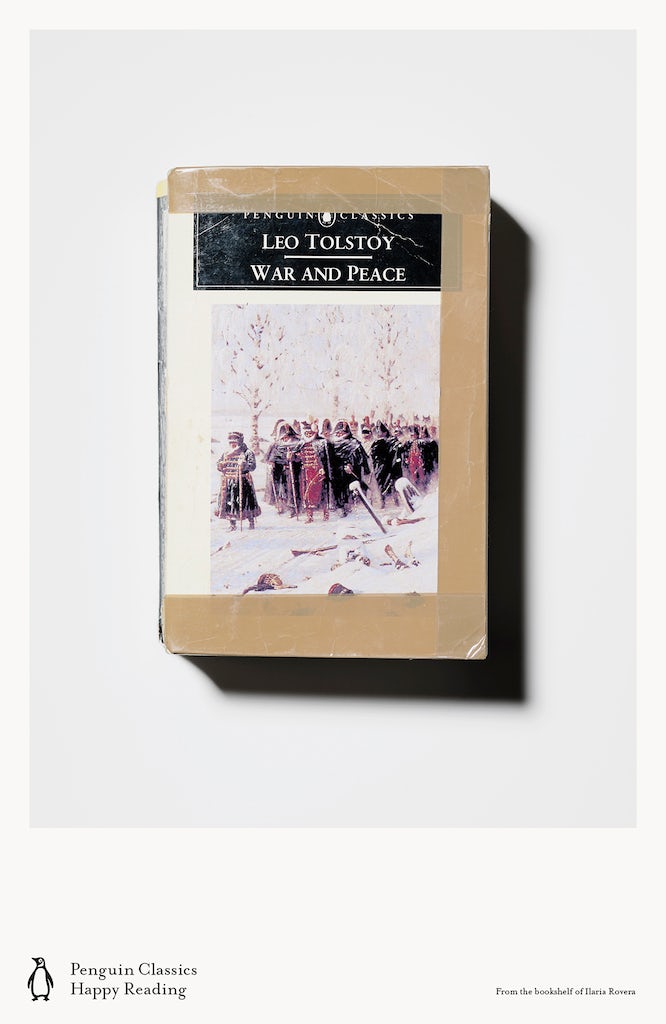 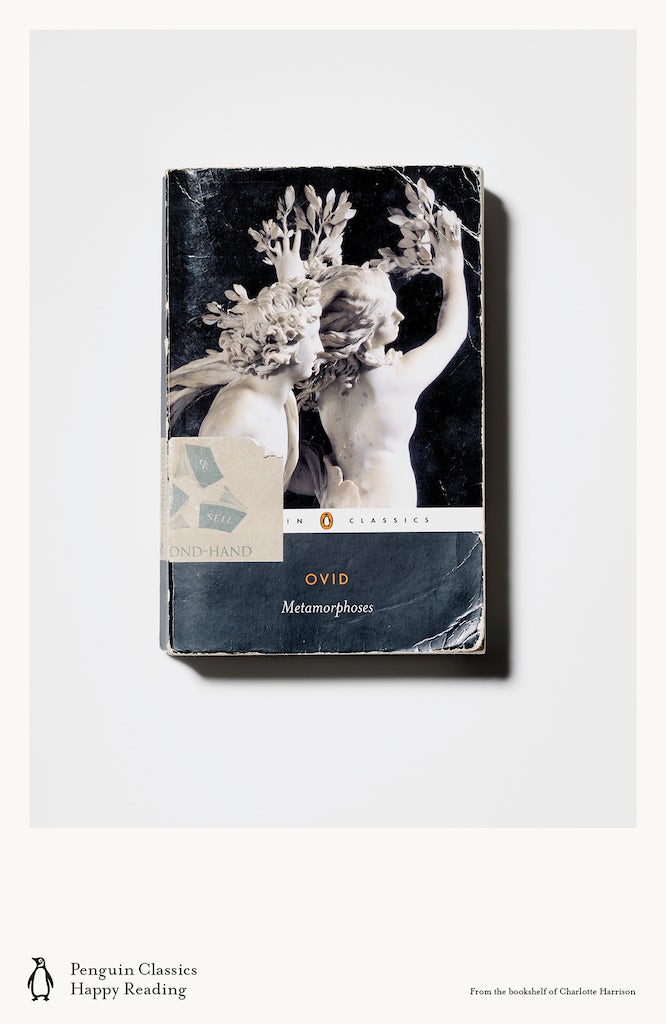 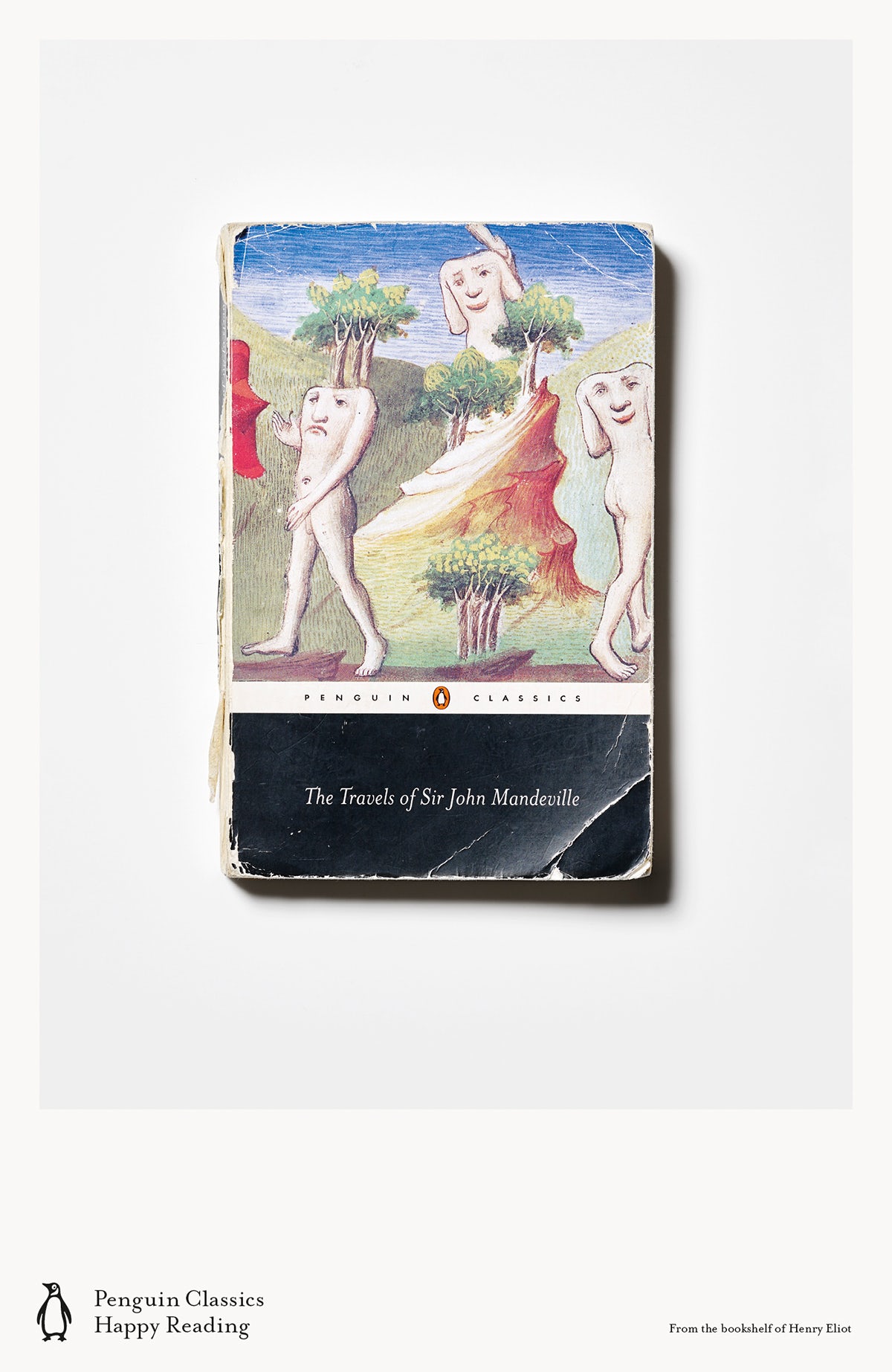