Japanese-inspired restaurant Ichibuns first opened the doors of its site in London’s Chinatown in 2017. The brainchild of the team behind Nobu and Ping-Pong, the restaurant has positioned itself in the upmarket fast-food category, with a menu that includes everything from wagyu beef burgers to salmon sashimi.

Its distinctive interiors were designed by Noriyoshi Muramatsu of Tokyo’s Studio Glitt (the design team behind another successful Japanese restaurant group Roka), and inspired by the pop culture of the post-war ‘Shōwa Era’ in Japan. 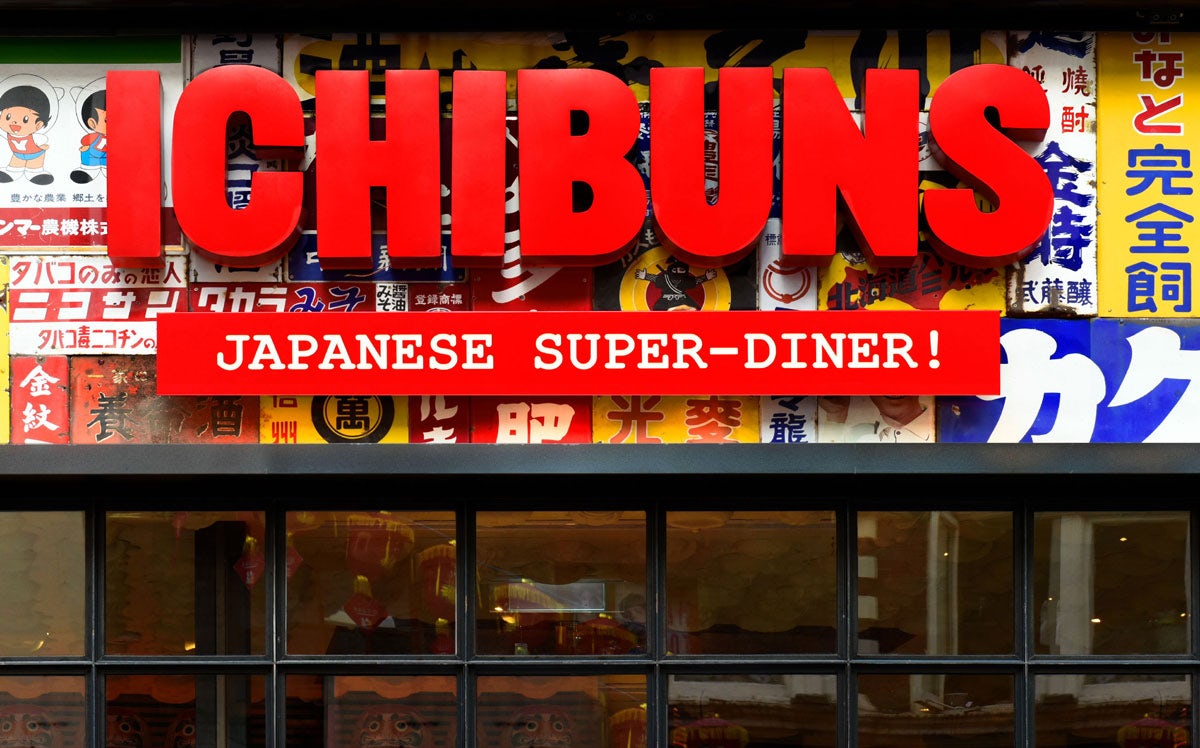 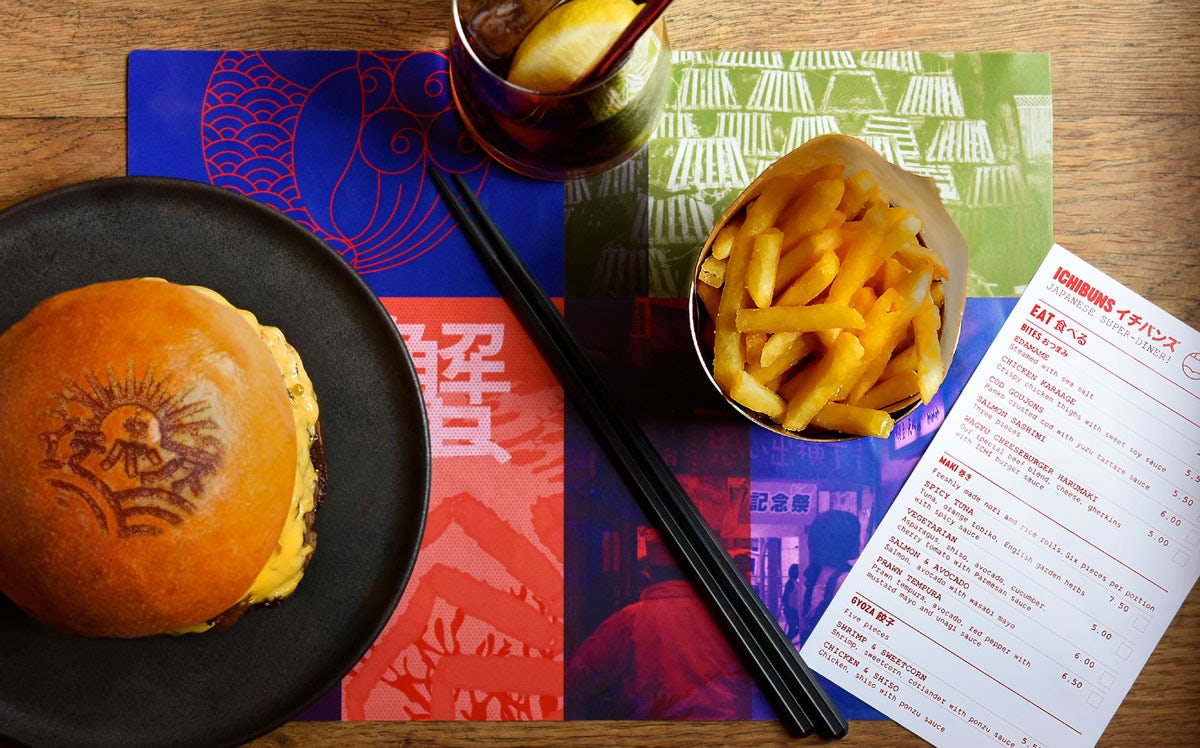 While Ichibuns’ rockabilly-meets-diner look was definitely attention-grabbing, it didn’t necessarily convey the restaurant’s food offering very well. Pentagram’s Angus Hyland was brought in earlier this year to refresh the visual identity, messaging, website and environmental graphics for the restaurant.

“We were originally approached to look at its packaging, which also doubled up as the tableware and was receiving bad feedback. Food was served in brown cardboard boxes and trays, and was felt to be both a misfit with the gourmet quality burgers and sushi, and incredibly wasteful of resources,” says Hyland. 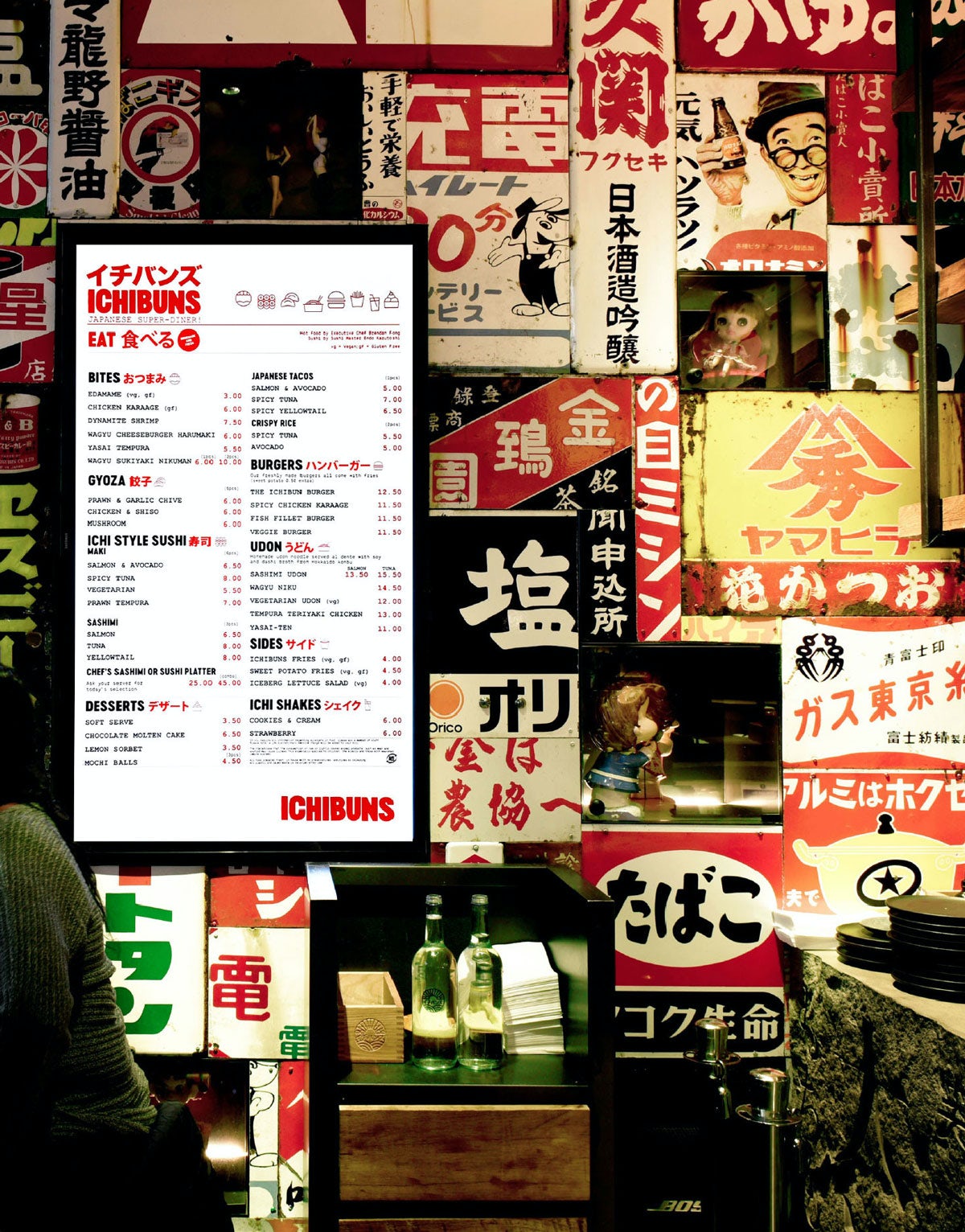 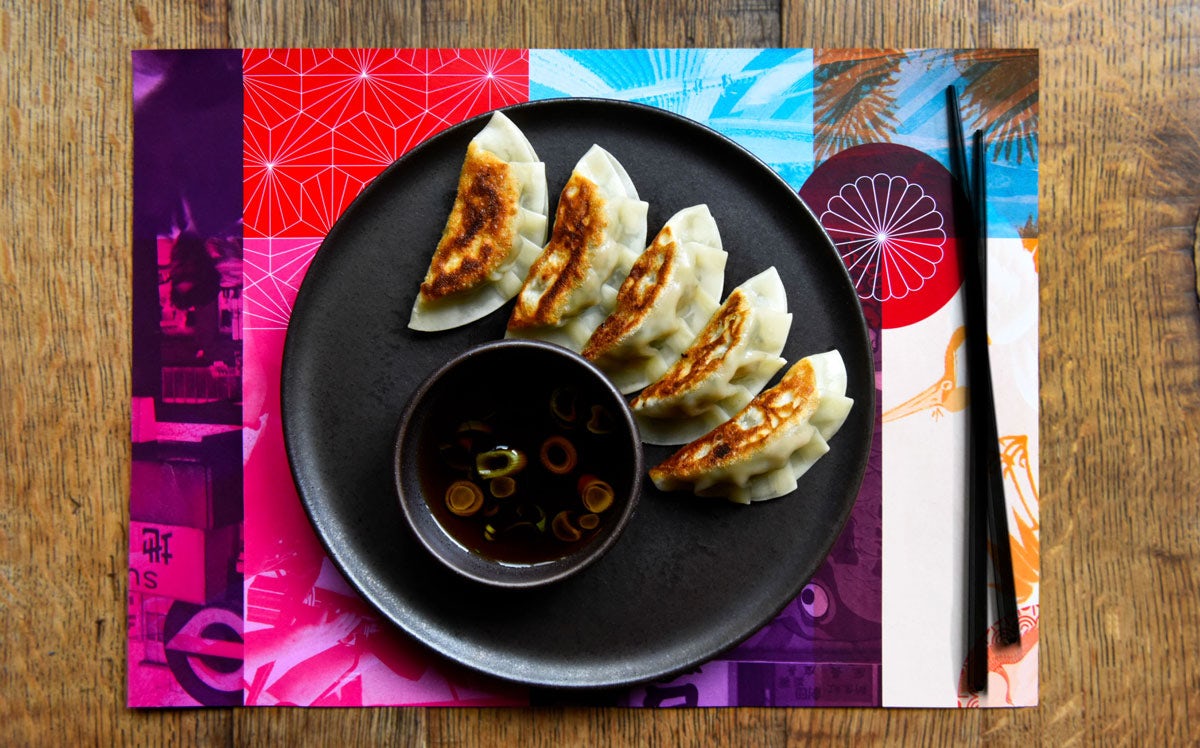 “We quickly realised that there was no clear description of their unique offering, so much of the passing trade in London’s Chinatown ignored or misunderstood the brand,” he adds.

A clearer tagline – Japanese Super-Diner! – and a colourful patchwork of original Shōwa Era imagery used on menus and other environmental graphics are designed to complement Ichibuns’ existing interiors. Hyland has also designed a series of animated menu icons that playfully nod to the preparation of meals and the restaurant experience.

“The new design pushed the graphic touchpoints towards the fun and flirtatious interior … we ramped up the colours, and played into the brand’s Japanese pop persona,” says Hyland. “This was to demystify the restaurant’s weirdness, and inject a bit of kapow!”