Pentagram’s relationship with the London Design Festival dates back to 2007, when it was first commissioned to reimagine the identity for the event. As the festival’s Design Director, Pentagram partner Domenic Lippa has worked on the LDF identity every year since then, putting a new spin on its trademark red and white colour palette.

For the 2018 edition of the festival, which coincides with the 100th anniversary of the end of the First World War, Lippa has collaborated with arts programme 14-18 NOW to transform the V&A’s Creative Studio into a Dazzle room covered in hypnotic patterns and distorted typography. 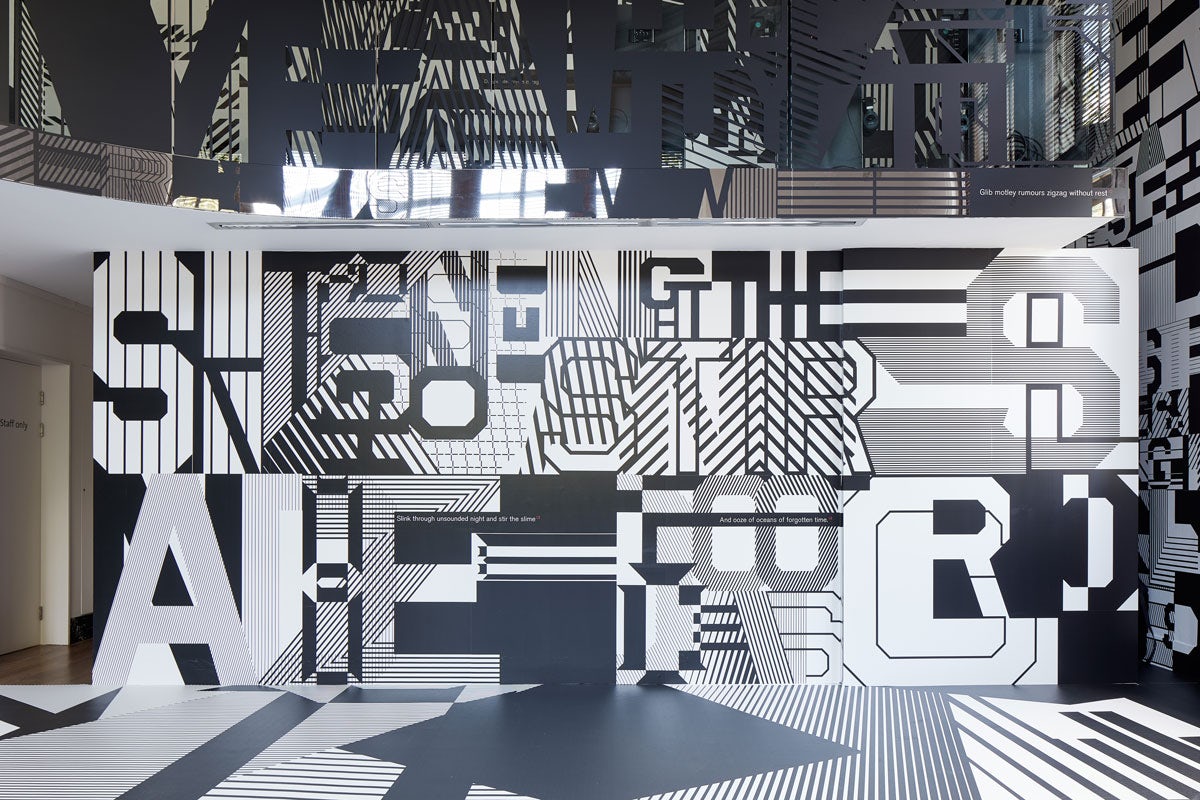 Lippa’s design is named after the camouflage painted on vessels such as US merchant ships during the First World War, in order to disorientate the enemy and stop them being targeted by German U-boats.

Developed by British artist Norman Wilkinson, the patterned camouflage was originally inspired by avant-garde artistic movements such as Cubism, and worked by making it harder to spot the ships against the movements of the sea and clouds. 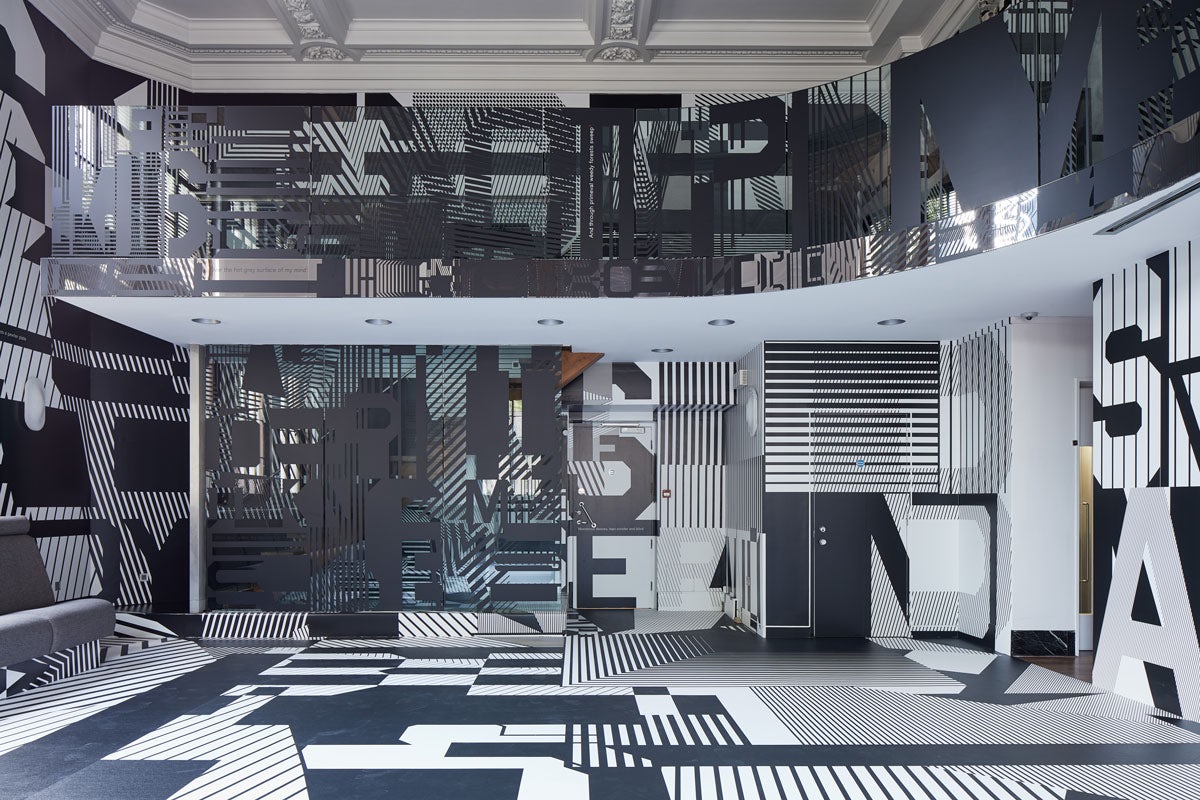 “I decided quite early on in the process that I wanted to explore the use of typography and how that might work with the whole Dazzle concept,” says Lippa. “For me it was important to try and understand the emotions of that time in our history, and the fact that the First World War poets are so well known made them the perfect vehicle for us to develop something further.” 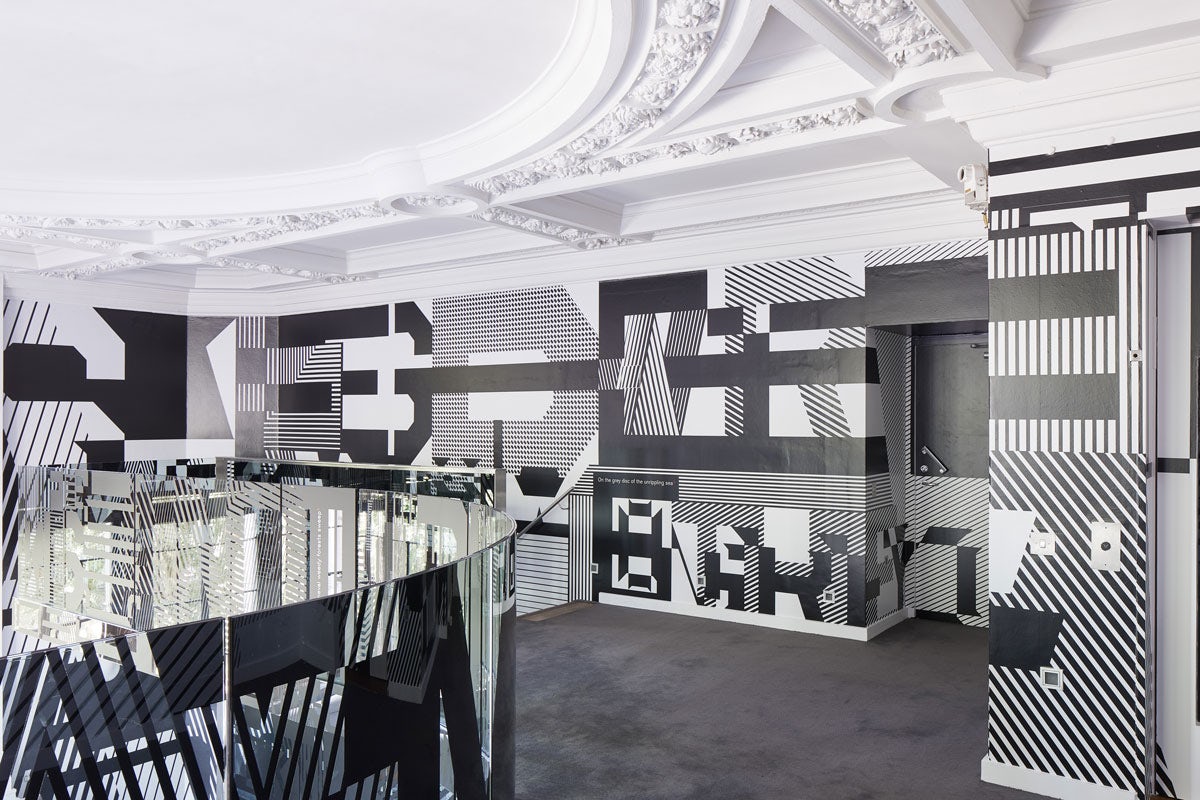 While the team could have chosen a better known war poem, Lippa opted against this as most of the famous ones tend to focus on life in the trenches. “Dazzle camouflage was obviously used on ships, and so we started to research whether there were any maritime poems. That’s when we came across Wilfrid Wilson Gibson’s Suspense, and for us it just worked,” he says.

Lippa has also decided to distort Gibson’s words almost beyond recognition – a deliberate move to ensure maximum confusion for visitors. “One of the interesting points about Dazzle is that it is meant to be seen from a distance. However, we are placing the visitors right into the Dazzle experience,” he says. “We hope the effect is quite overwhelming, but also ensures that the experience of war is as visceral as the typography.” 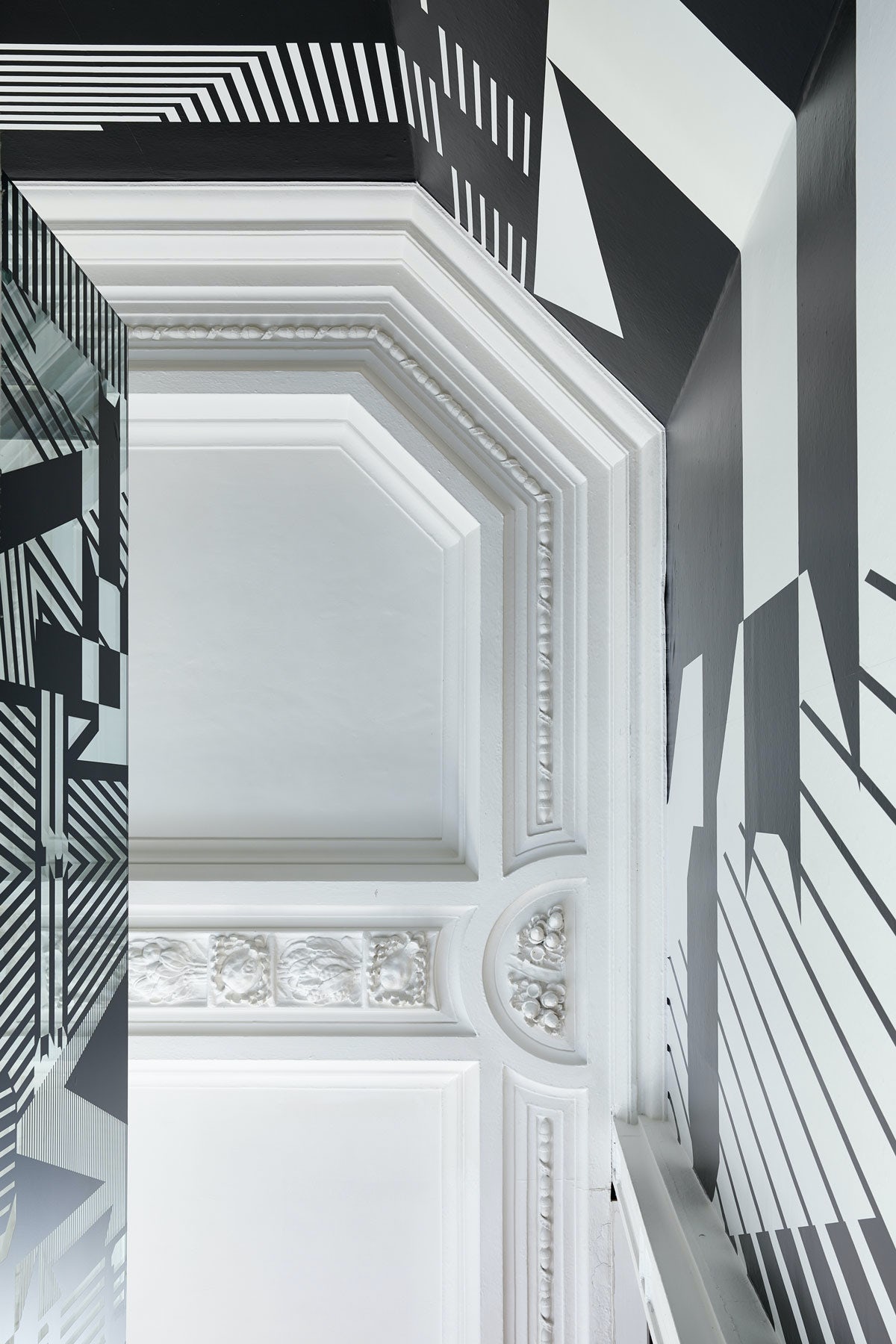 The installation will be on display at the V&A throughout LDF, and is part of the wider Dazzle Ship series co-commissioned by 14-18 NOW and the Liverpool Biennial to mark the centenary of the First World War.

This isn’t the first time that designers have been drawn to Wilkinson’s brilliantly simple dazzle camouflage for their own work – Lippa’s fellow Pentagram partner Angus Hyland even reimagined a certain classic game as Dazzleship Battleships last year.

“I think most designers respond to anything that is graphically simple and economic,” says Lippa. “Norman Wilkinson’s original work is just breathtaking in its directness, so I think designers have sought ways of exploring how we respond to such visual challenges.”