Pentagram partner Paula Scher and New York arts institution the Public Theater have nurtured a collaborative relationship over a remarkable 25 years – a partnership so widely recognised that it was the subject of a book, Twenty-Five Years at The Public: A Love Story, published earlier this year.

The new identity for the institution’s 2020-2021 season, which will run entirely online, is created by Scher and the in-house team at the Public Theater and nods to the unique, challenging circumstances faced by the arts this year. 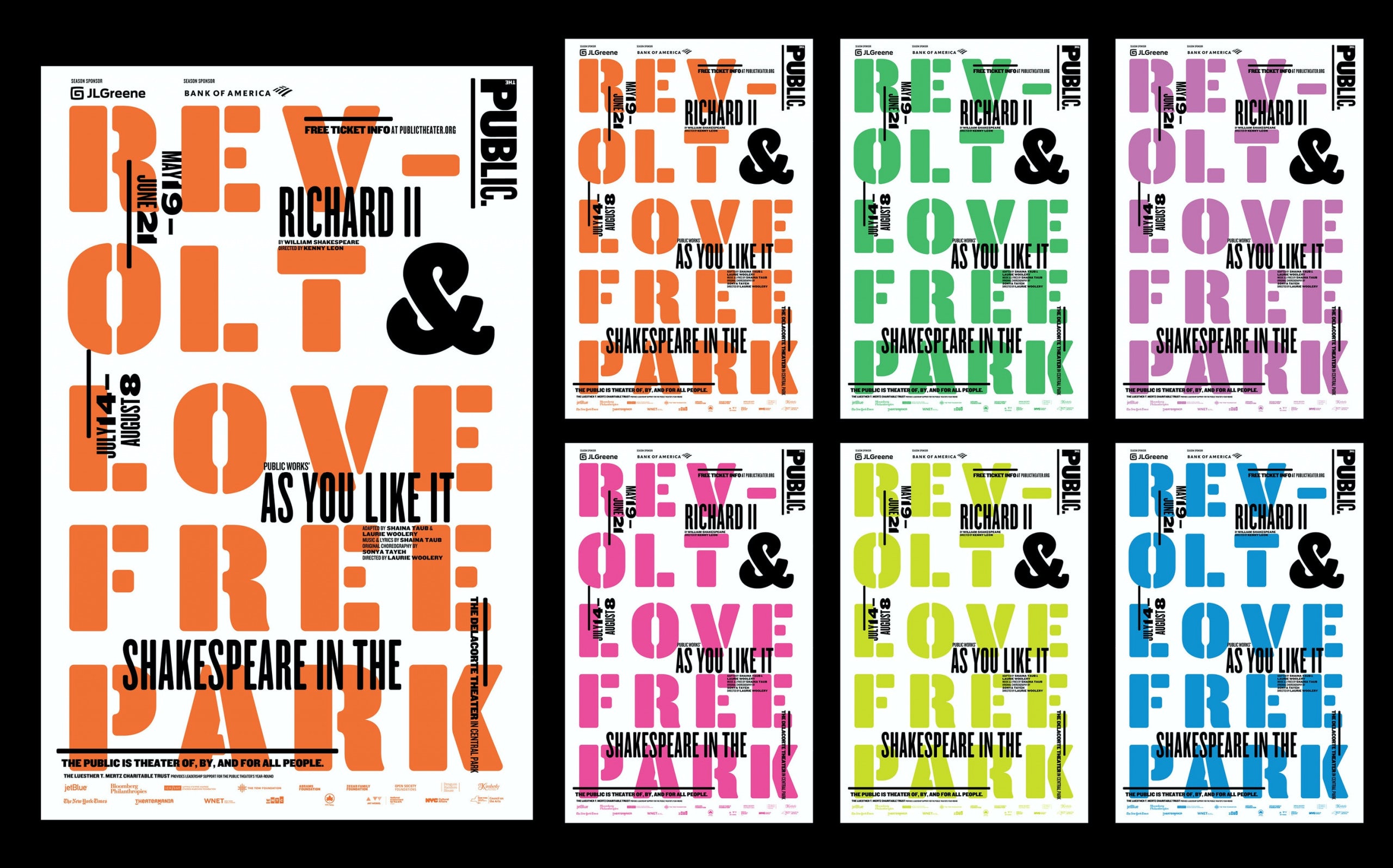 The Public Theater would typically trial the design language across posters for Shakespeare in the Park, one of its best-known programmes that usually takes place in the summer.

The initial design direction for the new season – a ‘Revolt/Love’ theme inspired by Shakespeare’s Richard II and As You Like It – had been established earlier this year, however the posters were never completed and the physical festival eventually cancelled due to the pandemic. 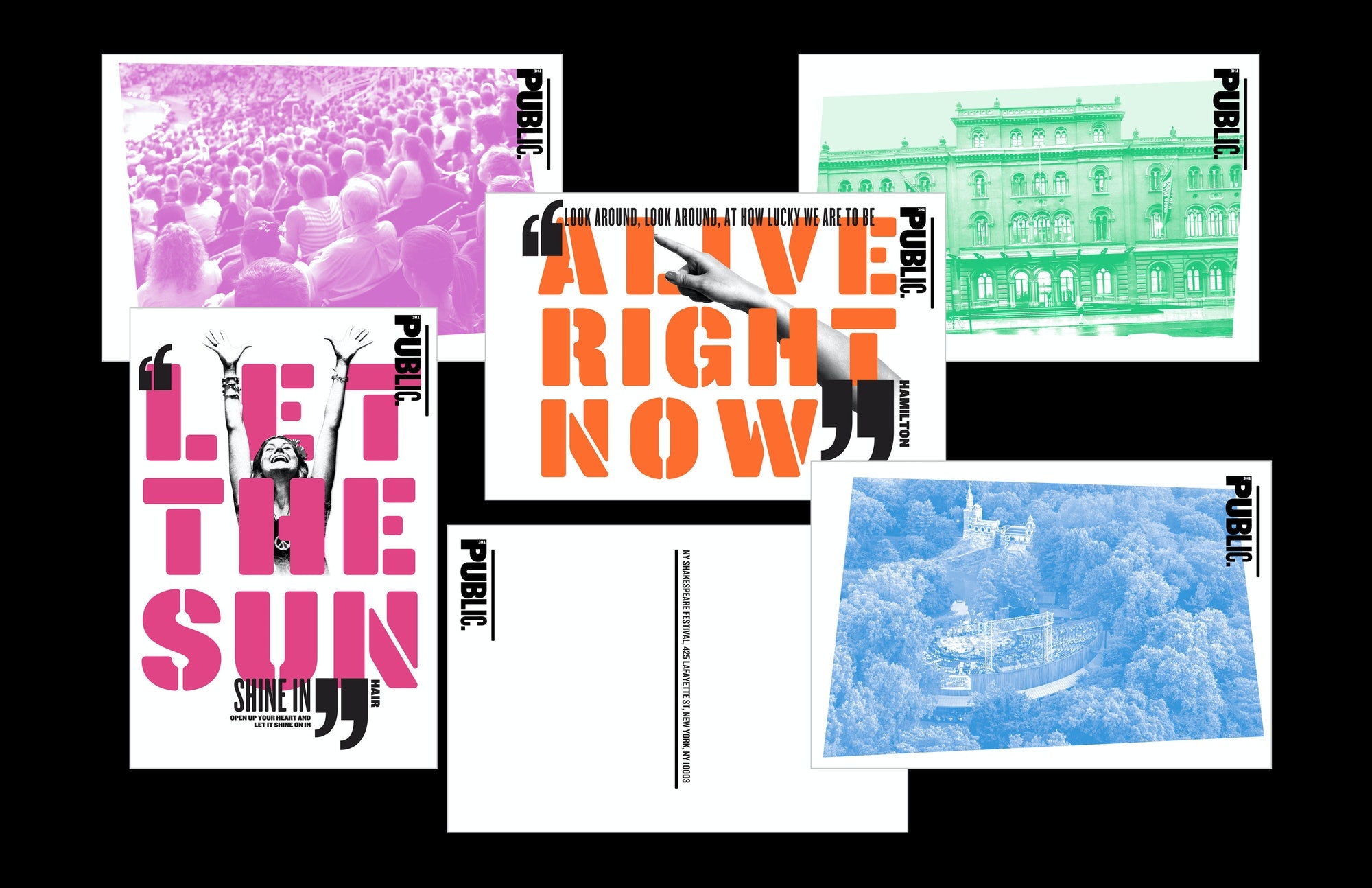 Scher and the team instead looked to the disruption itself as inspiration for the design. The identity centres on a stencilled execution of the Public Theater font, Knockout, for the first time in its history, in a bid to highlight how the theatre world has had to improvise a little more than usual this year. White space and black type are offset by vibrant accent colours across the new season identity, which will appear across posters, brochures and physical banners for the theatre’s façade, as well as the all-important digital touchpoints for its first fully online season.

The in-house team will continue to flesh out the design system as the programming takes shape, with the robust stencilled look illustrating how the season is very much being constructed in real time. 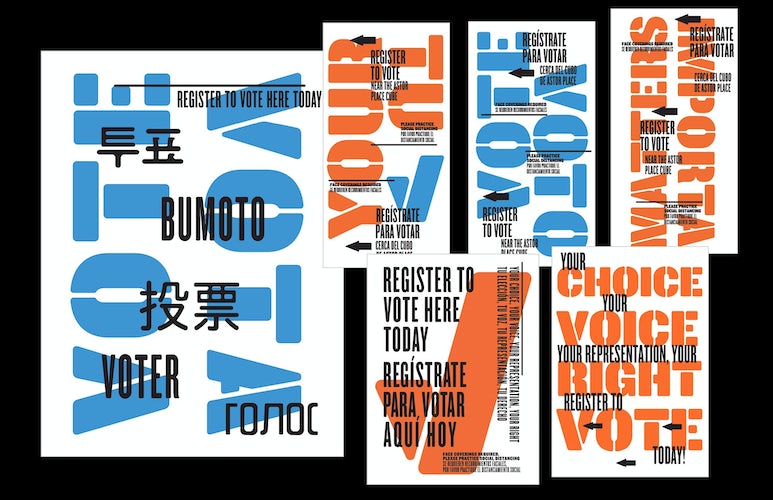 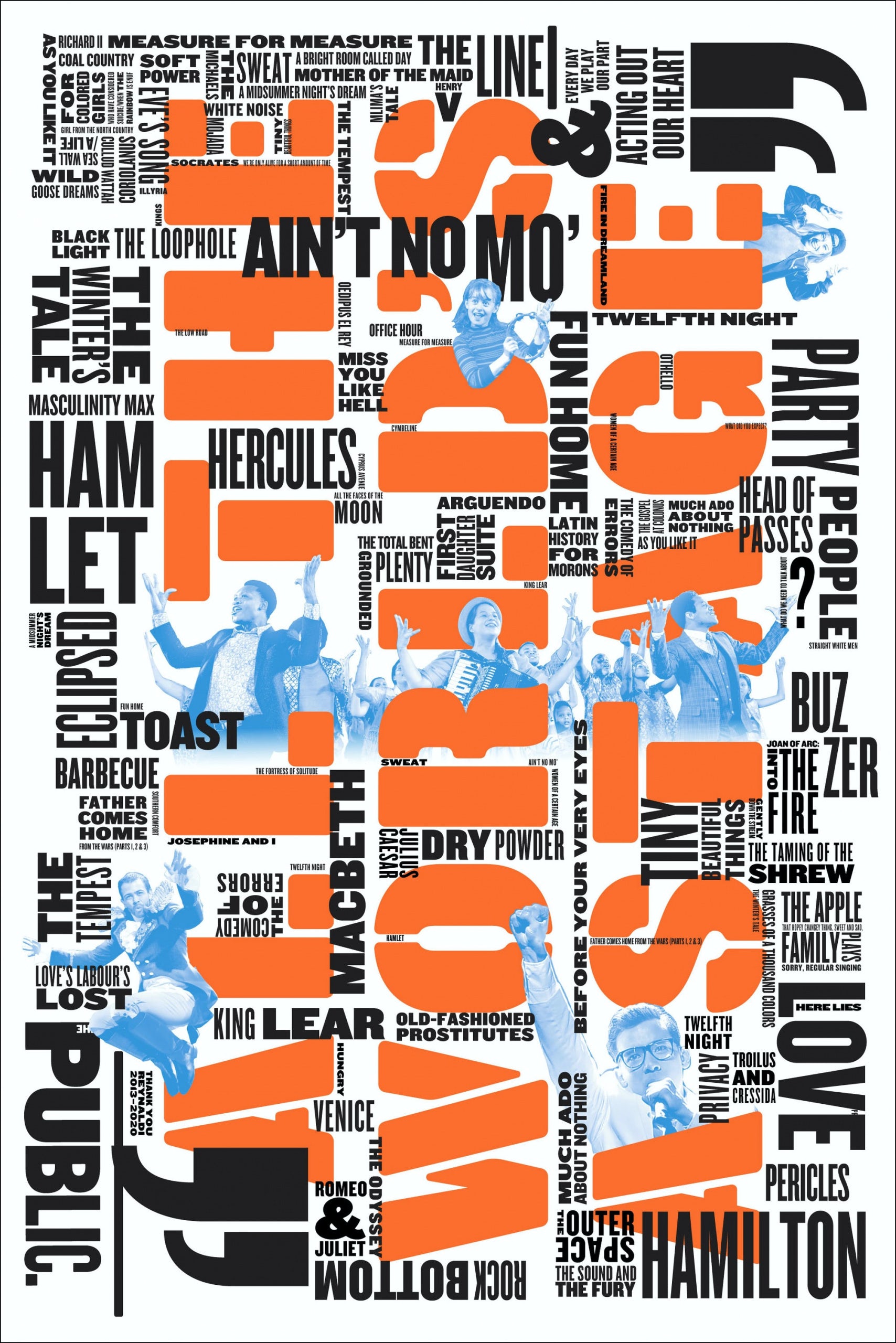 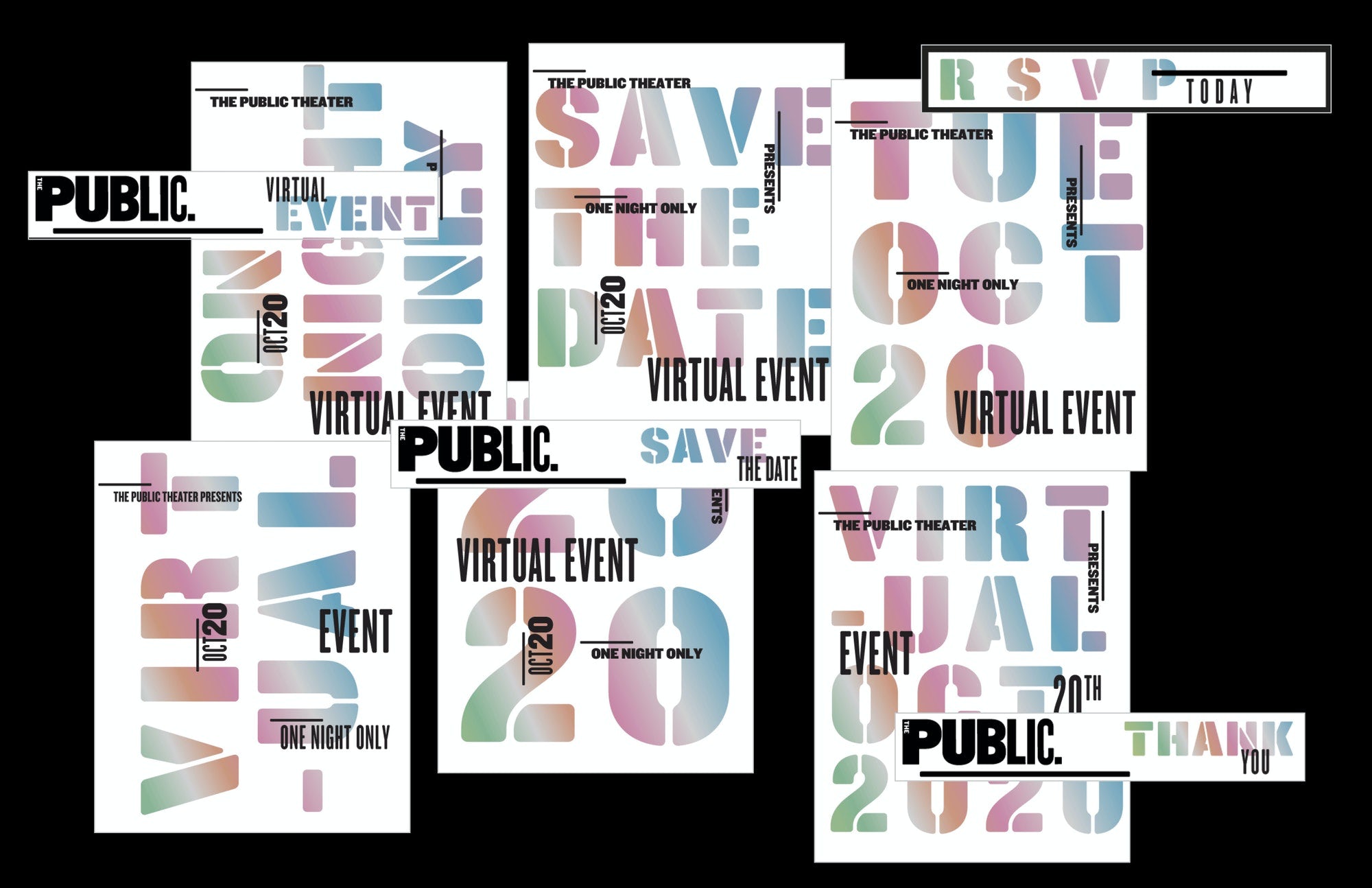 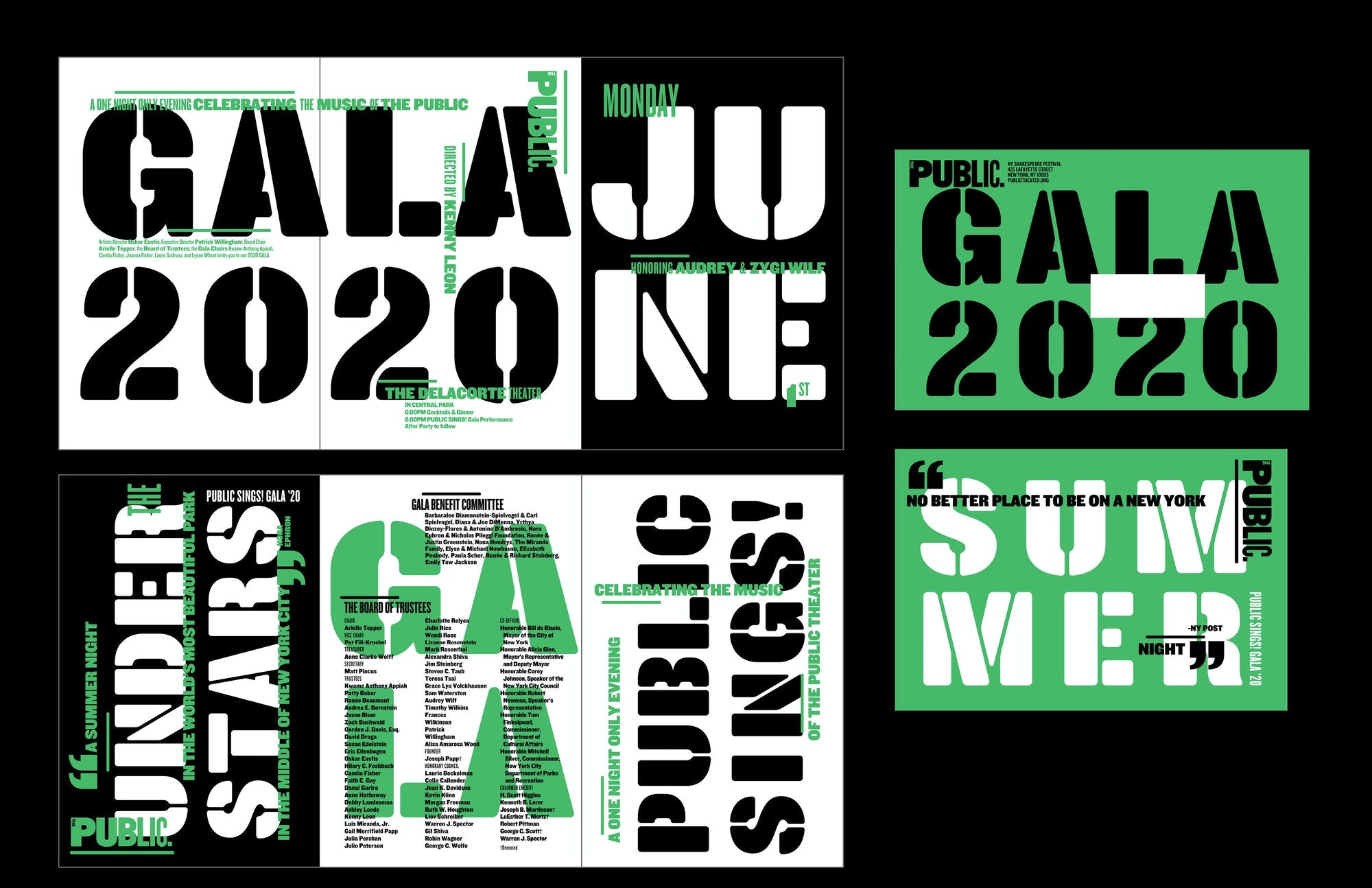 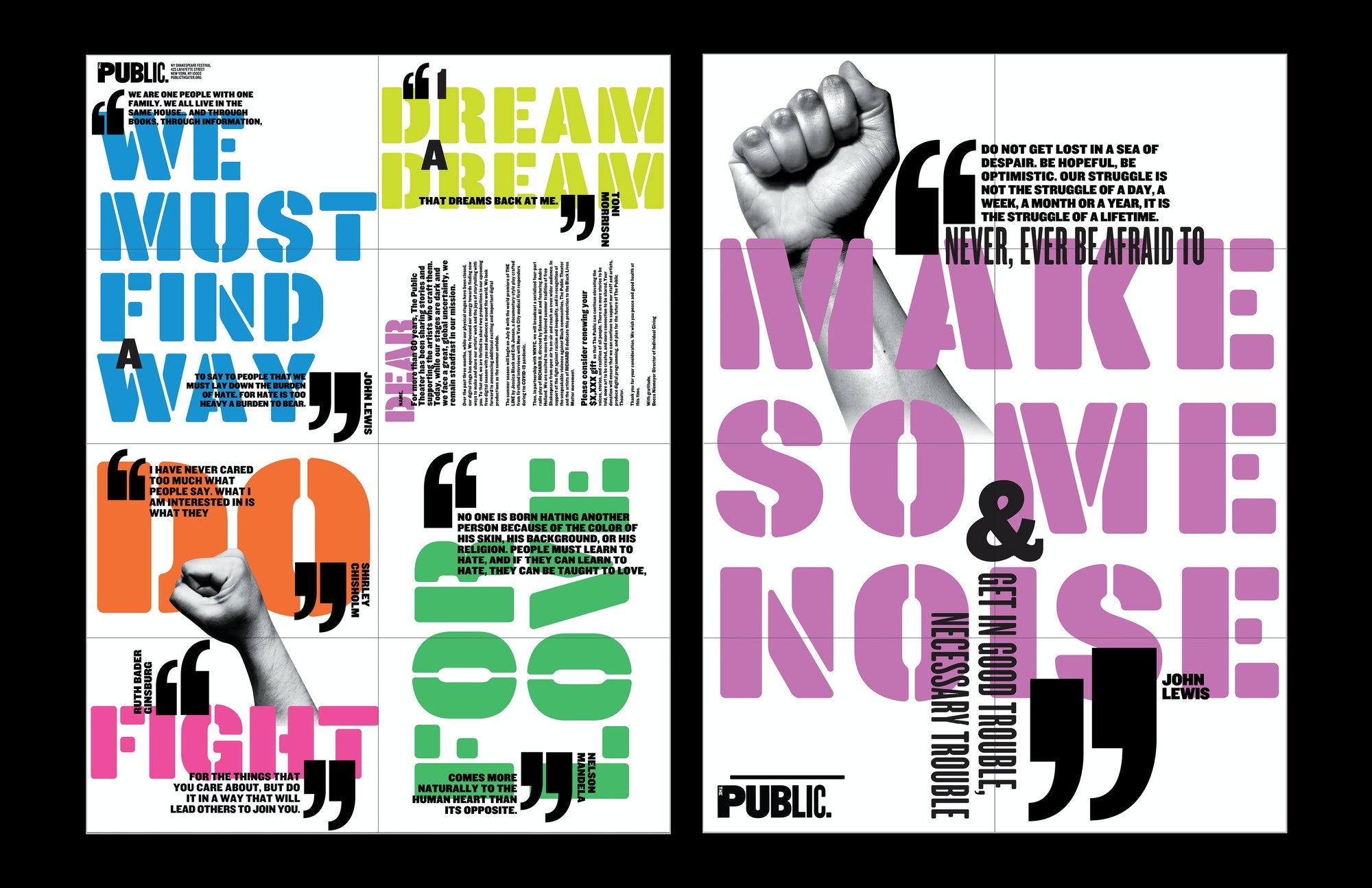 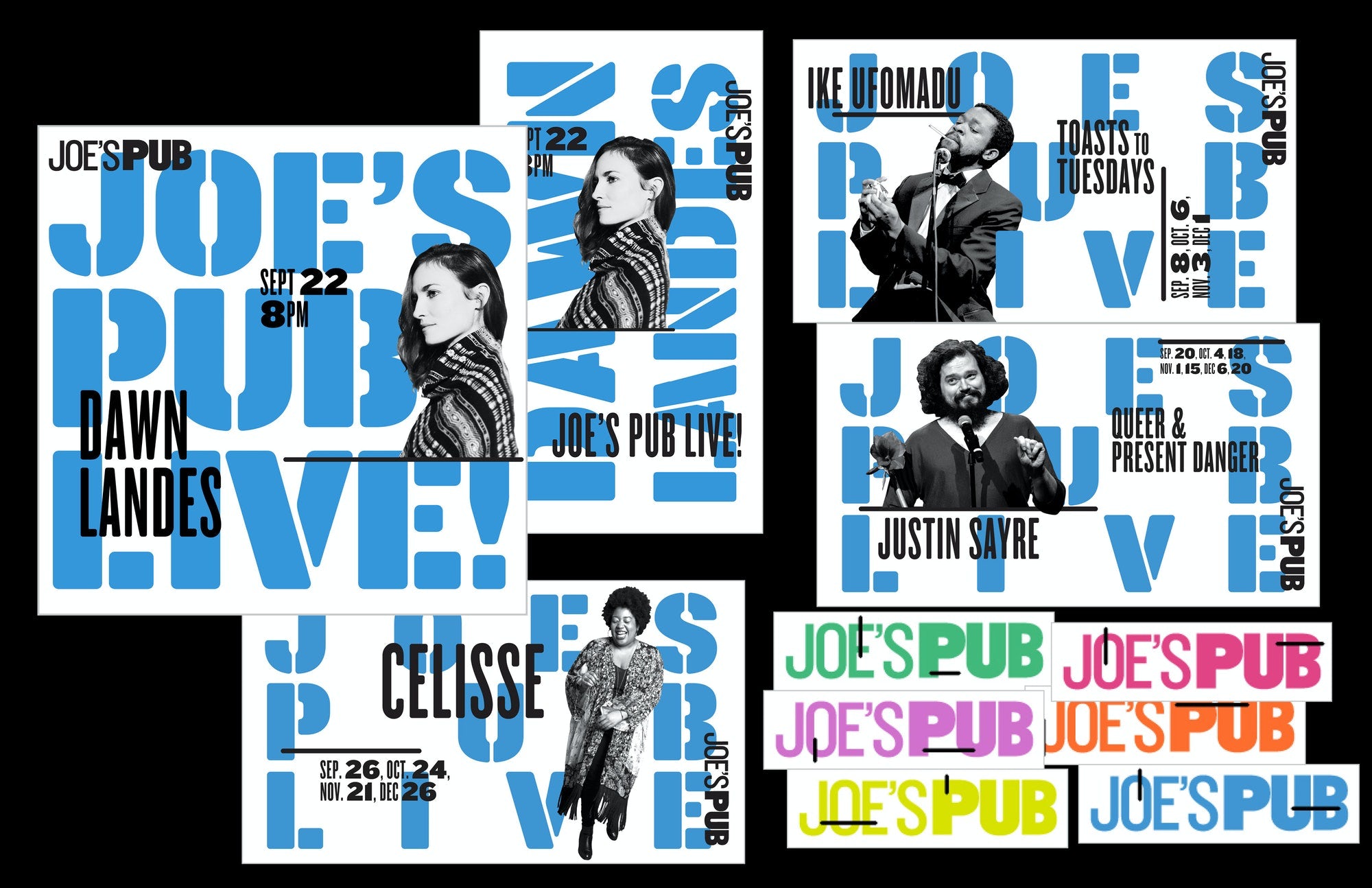 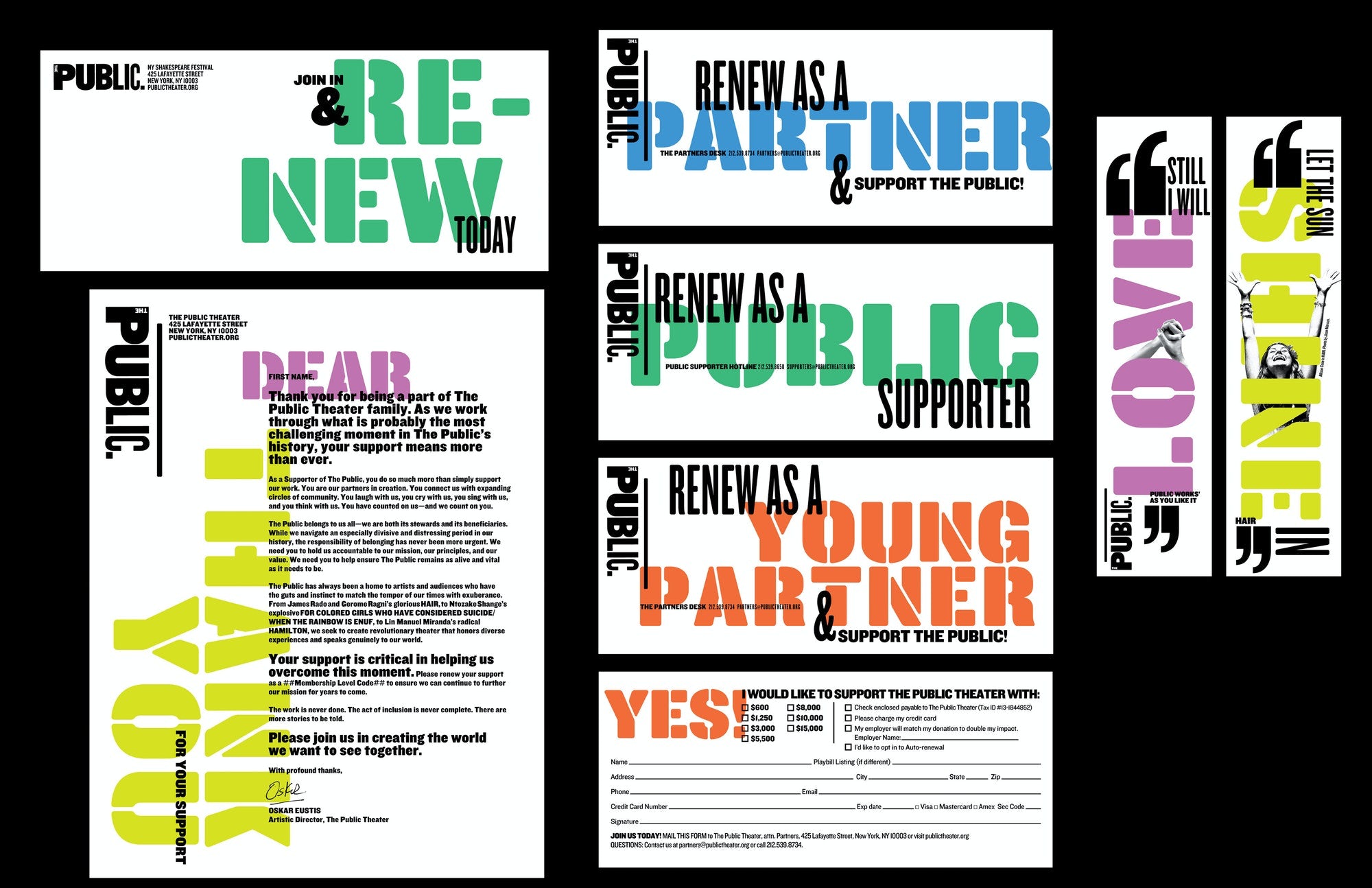 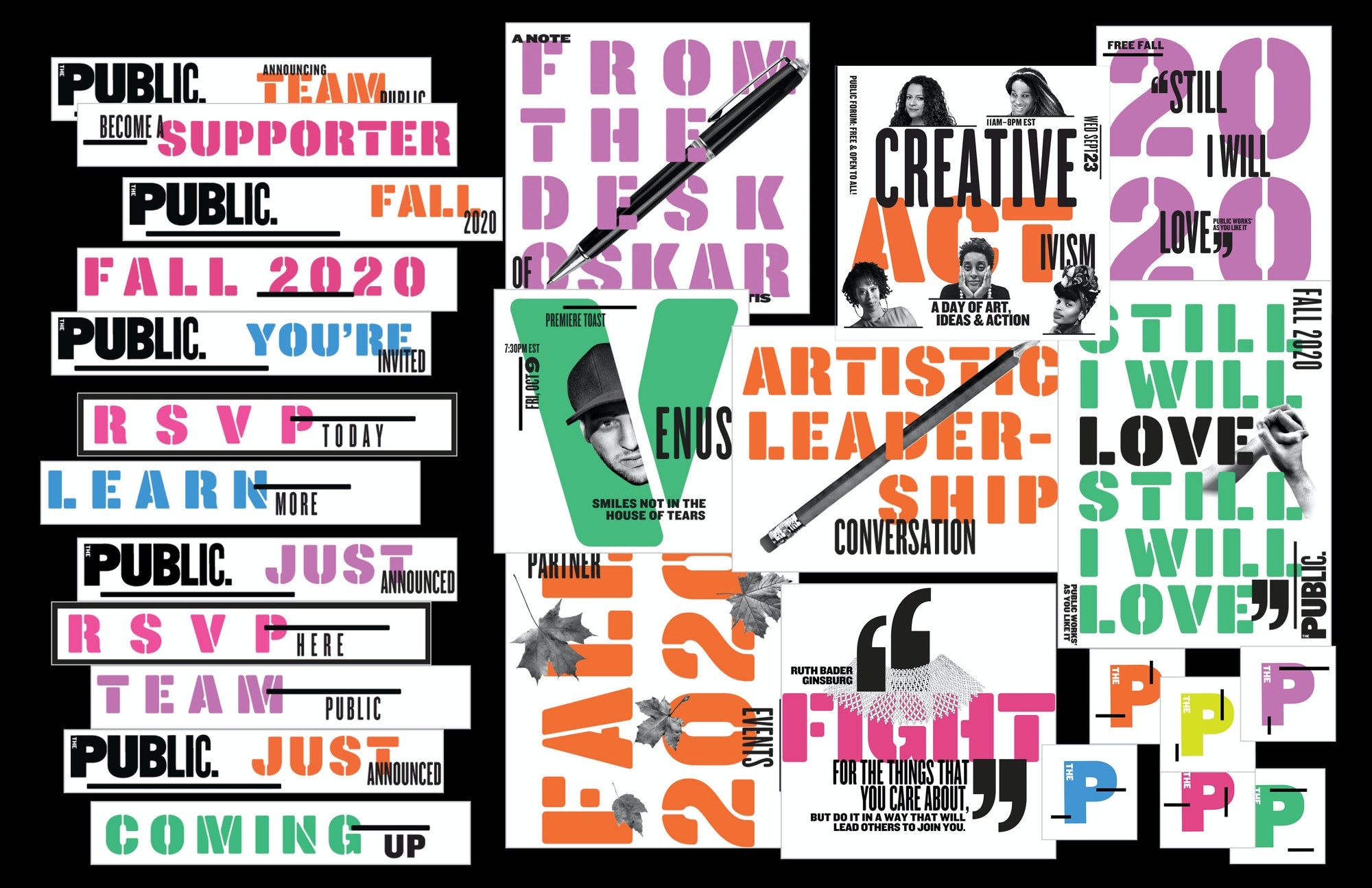