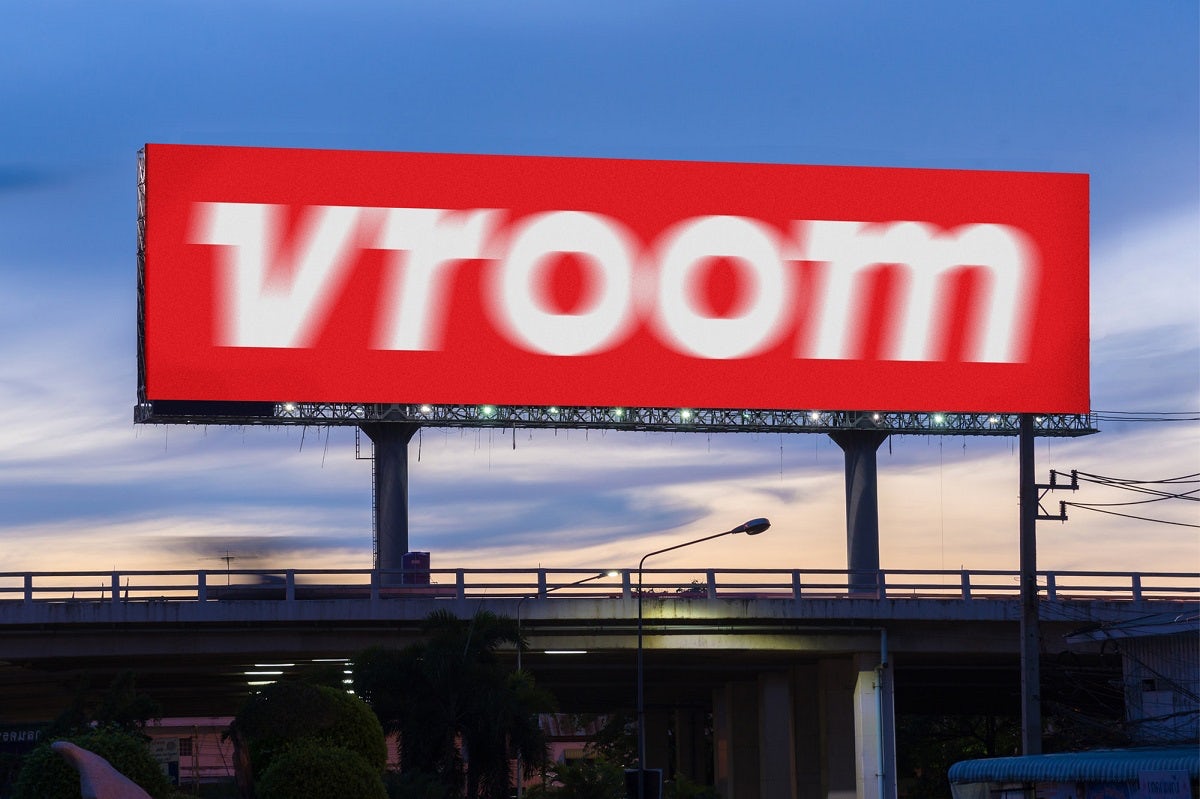 Pentagram hopes the new visual identity will offer a more “trustworthy” alternative to the stereotype of the shady used car salesman – fitting, considering Vroom operates entirely online, allowing customers to find and buy cars without having to deal with any sales patter.

The branding revolves around typeface Vroom Sans, which is a customised version of A2-TYPE’s Regular Extrabold Italic. Pentagram says its italicised letters evoke the feeling of forward motion, and include some extra details such as “trailing slab serifs like racing fins”. 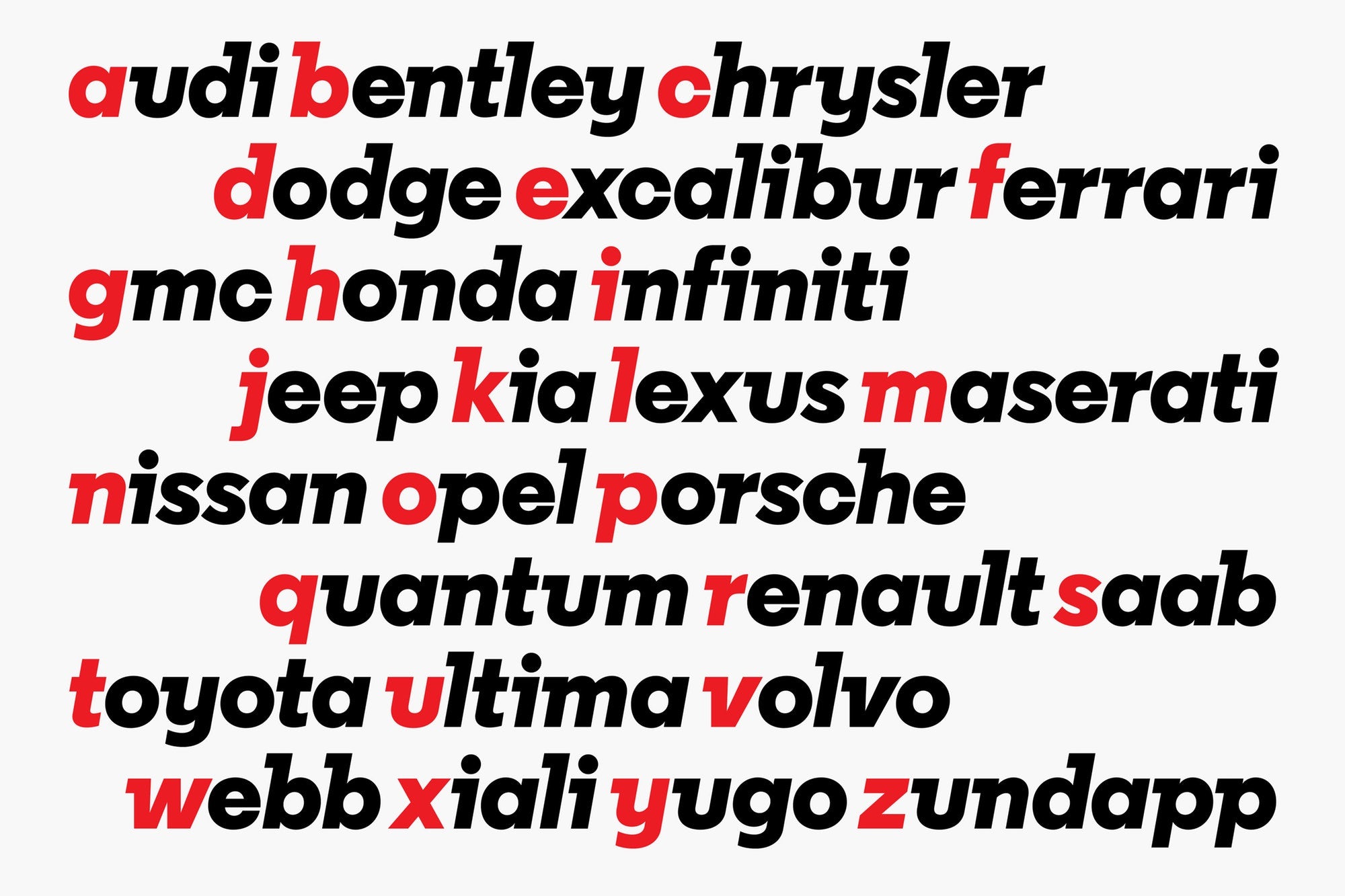 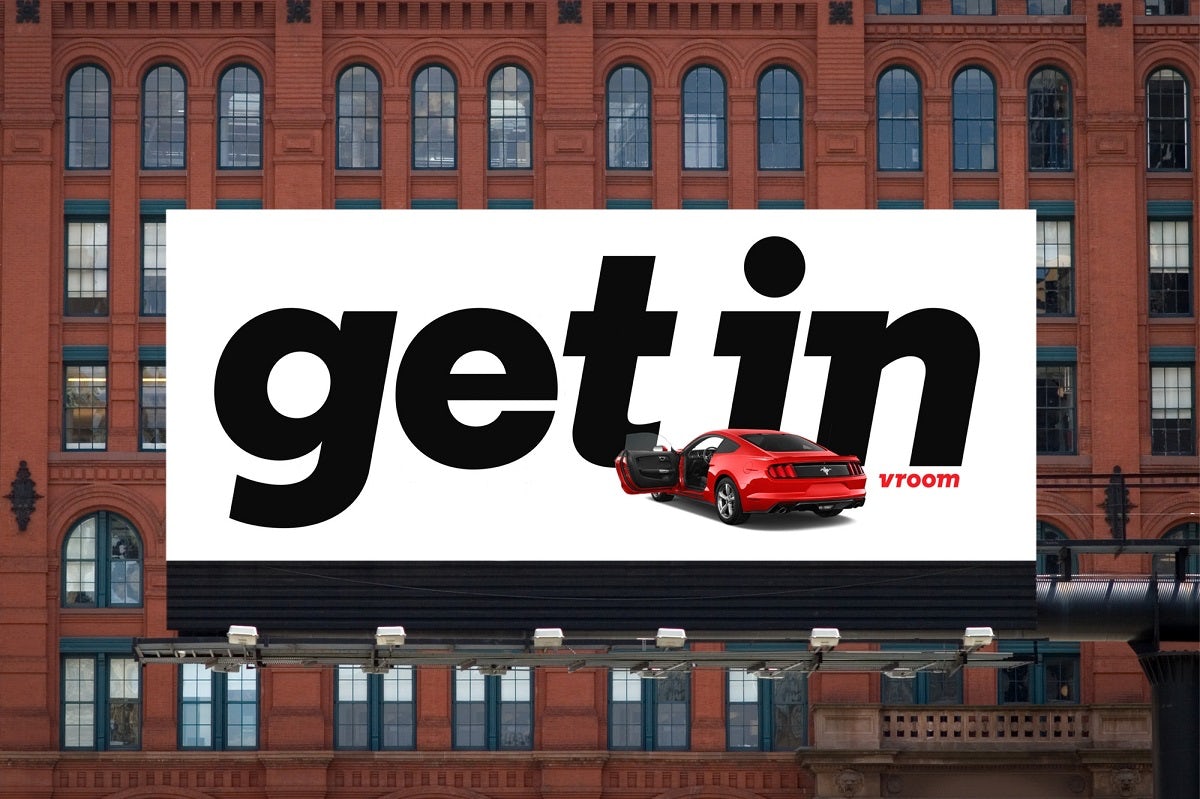 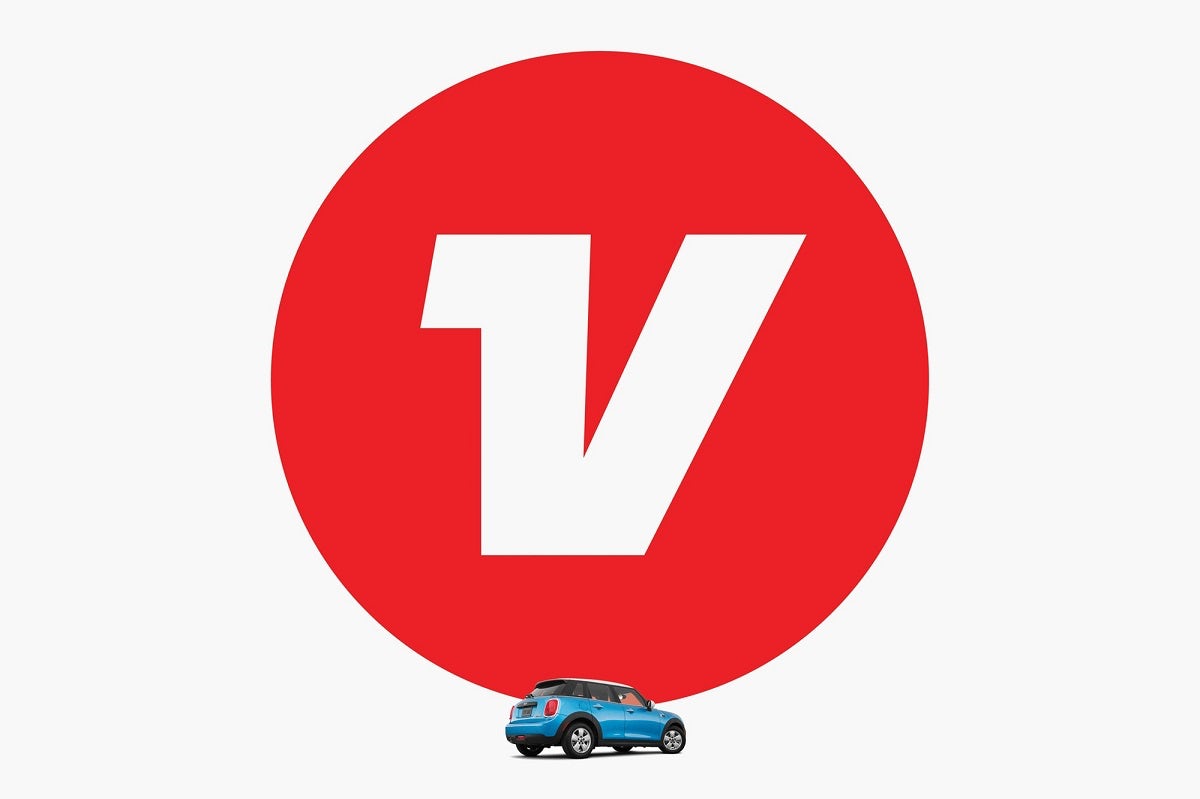 “With a name as good as ‘Vroom’, the designers didn’t need to do much,” writes the studio on their site. “Rather than create something visually clever and car-related – like make wheels out of the Os – they decided to let the word do the work.”

As well as the logo, Vroom Sans has been used in a series of largely typographic posters that are a far cry from what you might expect from used car advertising – including a billboard, apparently blurry with speed, that simply says ‘vroom’. 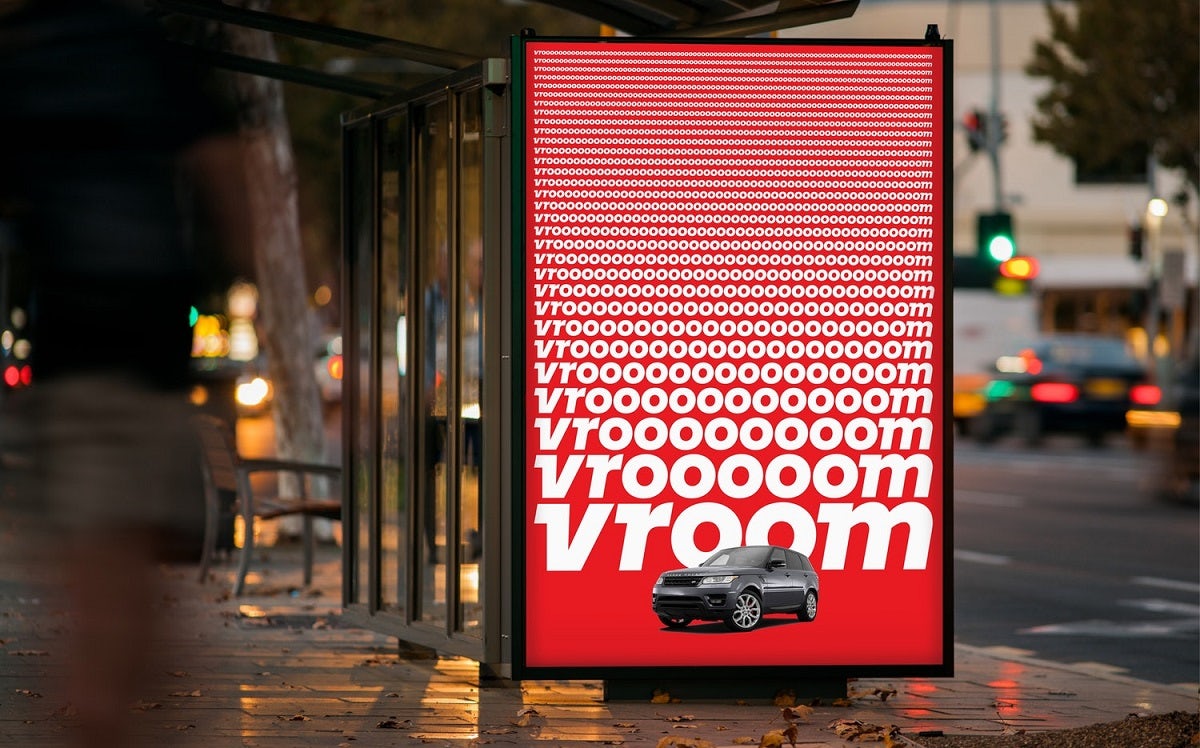 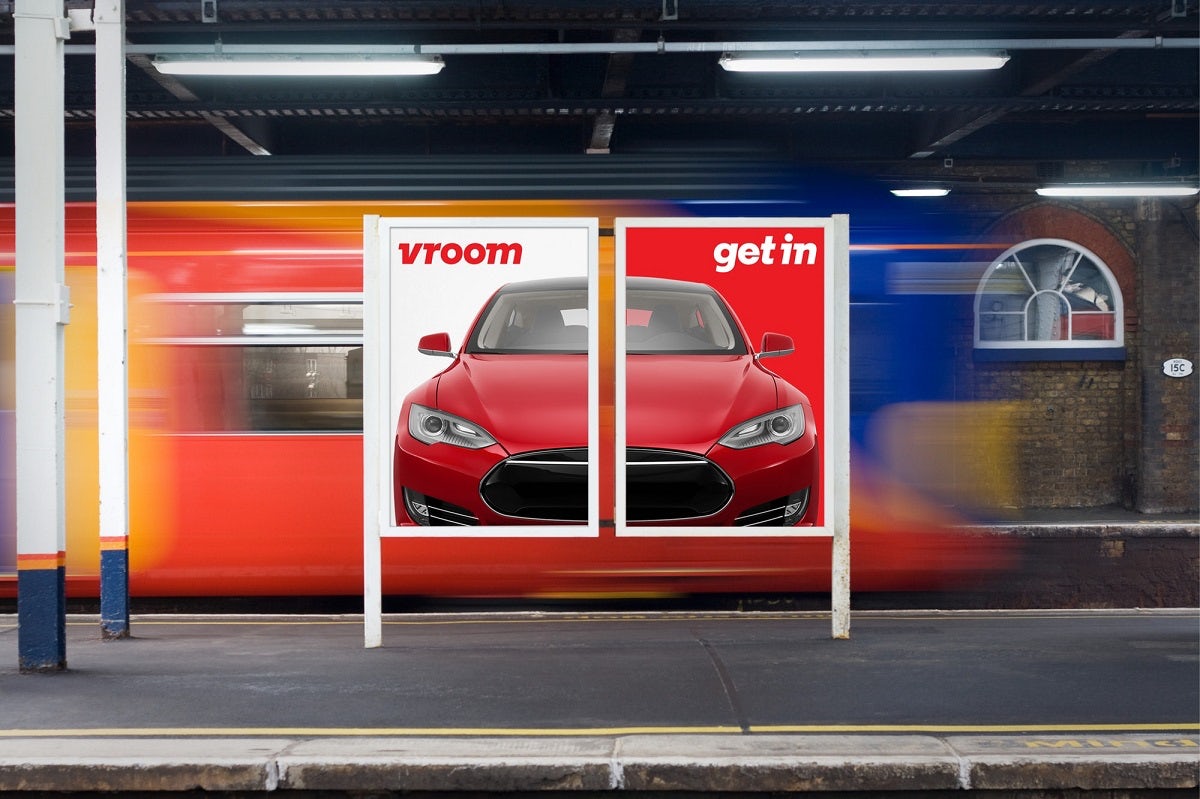 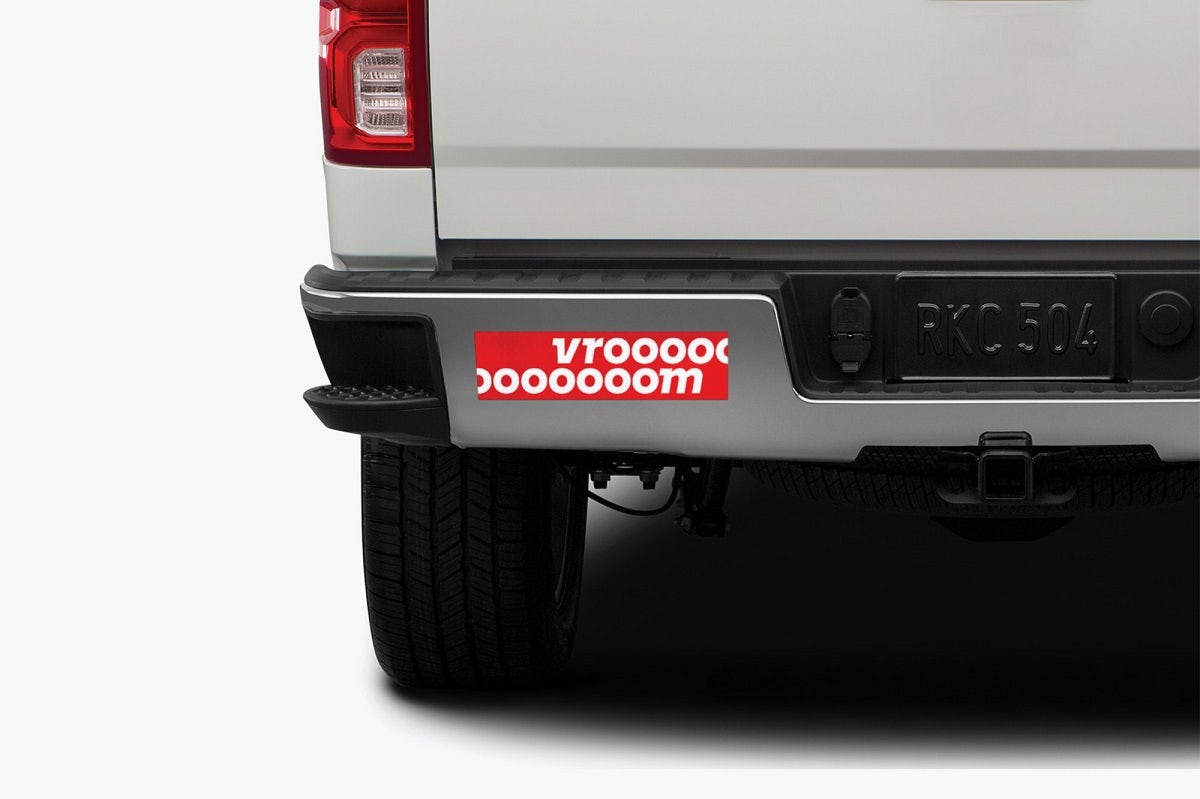 Pentagram says it purposefully avoided the blue that tech companies love so much, and instead opted for bright red as the main brand colour, which will be used with an extended palette that borrows from speedway racing flags.

There’s also a few playfully MAGA-esque executions, including a white on red Vroom bumper sticker and a ‘keep on truckin’ cap. 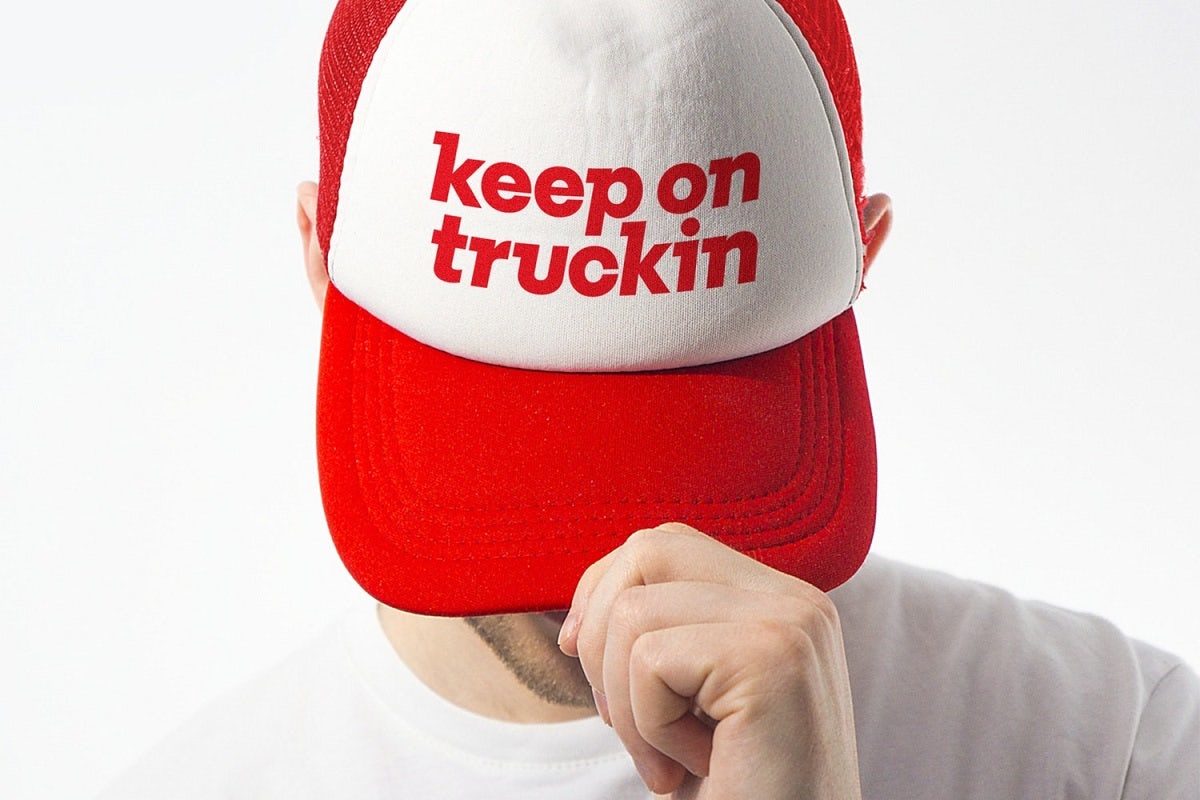