in to wattled stepping

to deter a wheel chair

as if a movie of death

under the sidewalks of

and pathos for mustard

by the artisan brewery

washed down after toil

but stuff is not stuff

for the consuming eyes

even as slipped vowels

so peoples in on dying

or stuff of the kinder

who cannot be sold but

who will buy my stolen

roses, my lock of torn

let off the city floor

For our Storytelling issue, we conducted something of an experiment. We asked our online readers to suggest potential cover images by choosing from the site of our partner, Stocksy. The brief? Find a picture that could inspire a story. We then asked our Twitter followers and the writers of Visual Verse to respond. Featured above is Drew Milne’s  story. 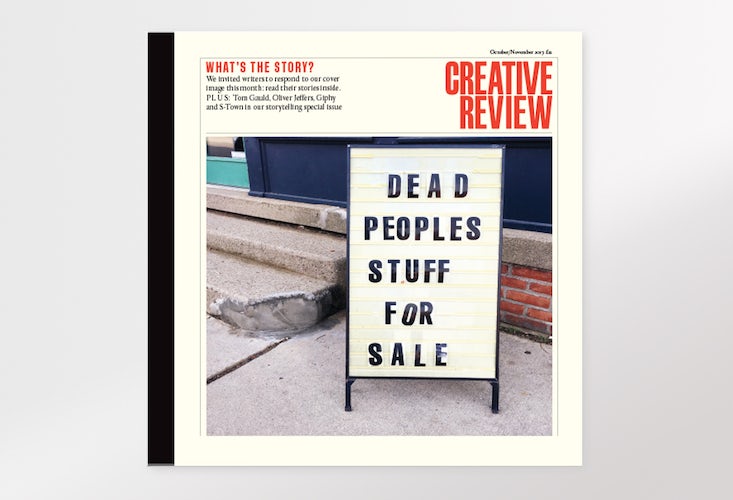 Buy the issue by following the link below