Black and white images might call to mind the street photography masters of decades past, but Andre D. Wagner’s monochrome portraits feel distinctly contemporary. That said, like an old timer, he still enjoys the ritual of hunkering down in his Brooklyn studio to develop and print his films.

Originally from Omaha, Nebraska, the photographer moved to New York in 2011 to pursue his Master’s degree in social work, before finding himself drawn to photography as a medium and, later, a career. He has since racked up commissions for a breadth of publications ranging from Vogue to ESPN to New York magazine, with a healthy number of projects for the New York Times coming his way on a regular basis too.

As a seasoned photographer, even his ‘firsts’ are remarkably captivating. In 2017 he released his debut monograph, Here For The Ride, which collated his photographs around the New York subway system, turning the quotidian into something beautifully compelling. More recently, he worked on his first film poster project, creating the key images for Melina Metsoukas’ modern fugitive drama Queen and Slim, starring Daniel Kaluuya and Jodie Turner-Smith.

Below, Wagner reveals how the various stages of his education have shaped his trajectory as a photographer, why he snapped up the Queen & Slim opportunity, and his ambition to photograph Black America the way it really is.

Creative Review: How did you first get involved in photography?
Andre D. Wagner: When I was in college I was a student athlete and was very serious about my pursuit in basketball. I think it was my sophomore year, I wanted to sign up for some easy classes so I checked the photography 101 box. My first day in class I soon realised I made a big mistake – I had to buy a camera, film, paper, chemicals, and log a lot of lab (darkroom) hours. I’ll just say I barely passed the class and I didn’t even bother to pick up my portfolio at the end. It wasn’t until I moved to New York, originally to get my Master’s in social work, that I made the connection that I was longing for self-expression and that my rigour from sport and concerns as a social worker would align. 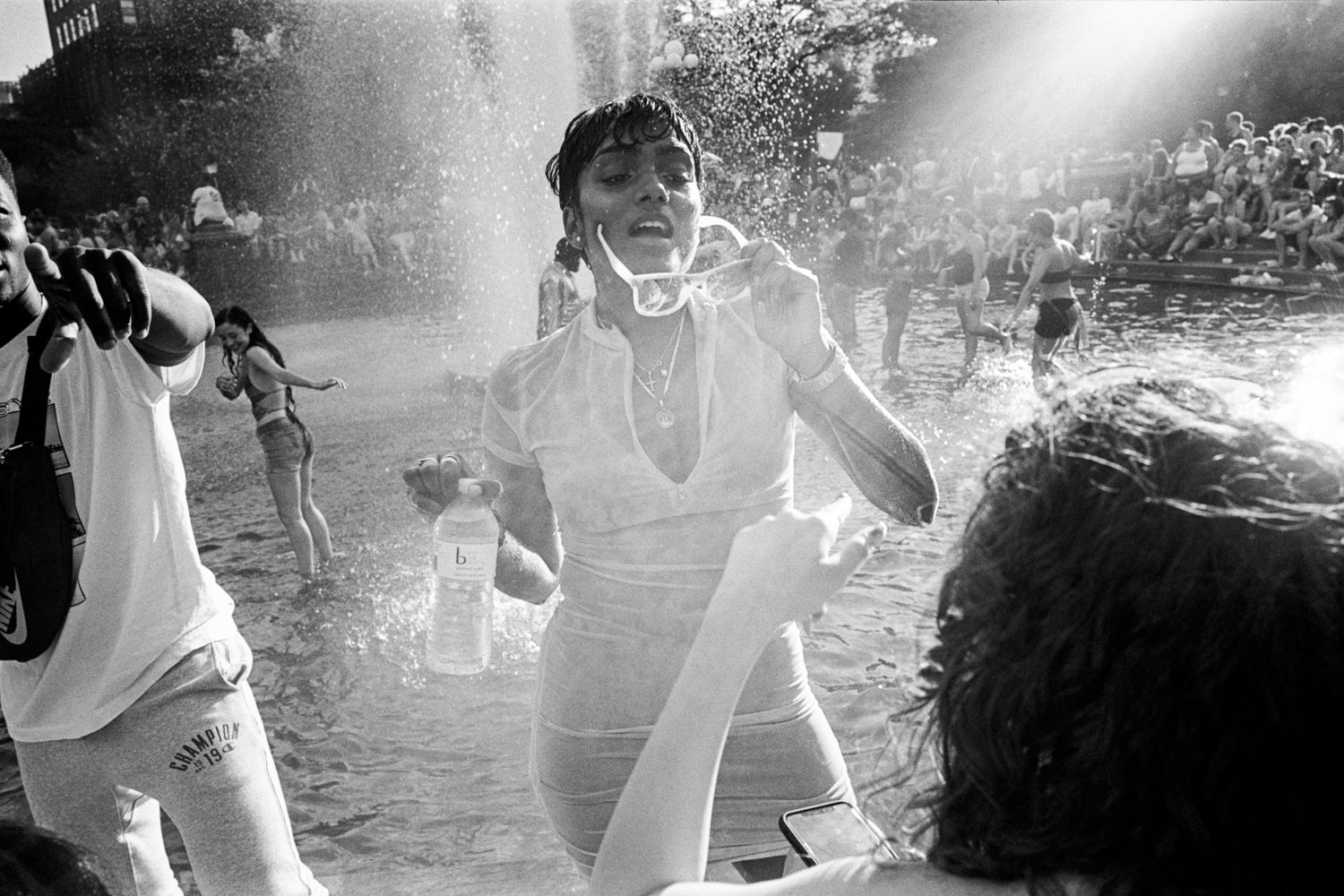 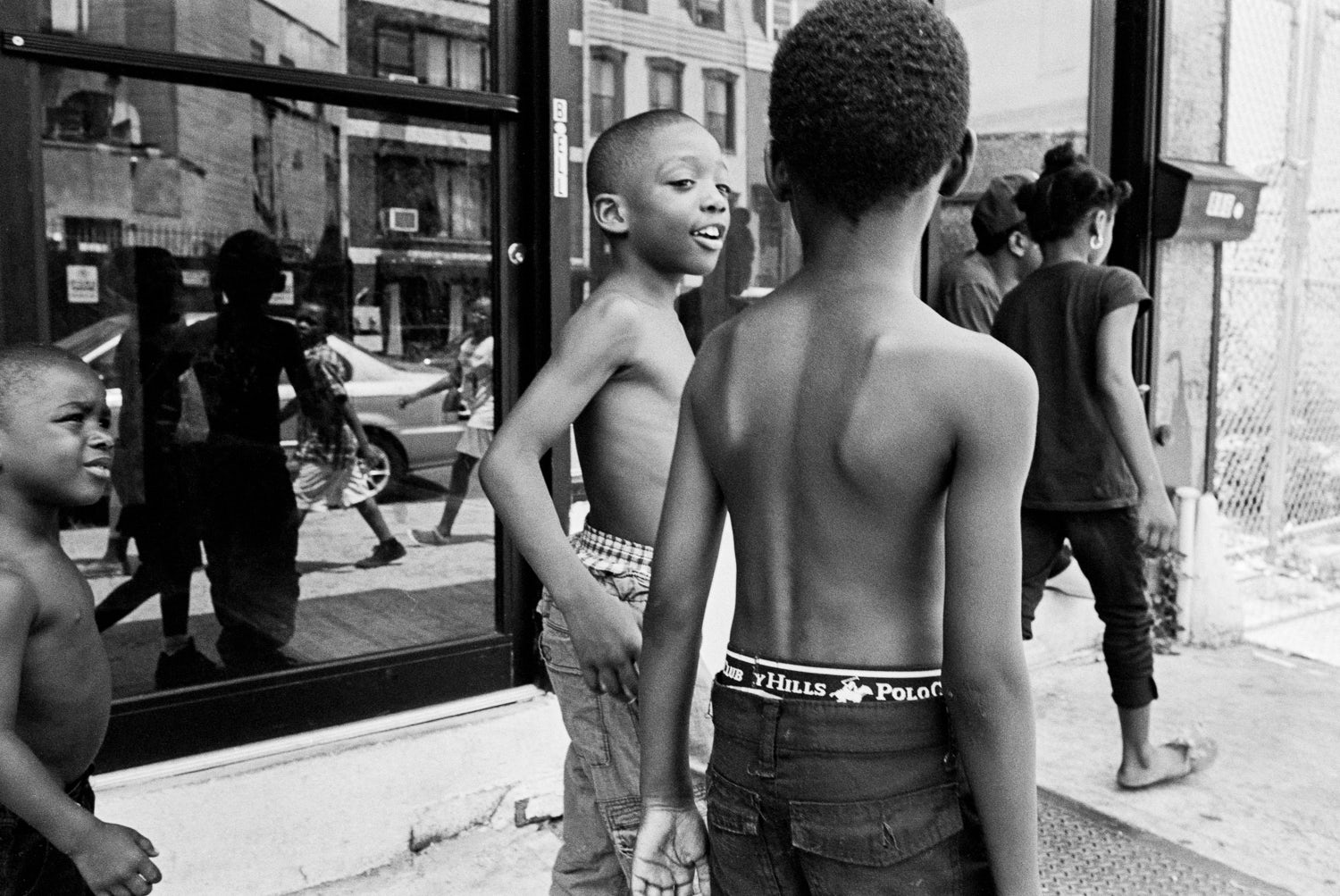 CR: Has your degree in social work influenced your career or approach as a photographer?
ADW: I think social work and my experience as an athlete has a lot to do with my approach. I’ve always had a natural ability to connect with people, and I think some of that comes from being the captain of a team, and some of it comes from working with troubled youth in the juvenile court system or being in high schools and working in families’ homes. Having the ability to have empathy and meet people where they are is important. When you put a camera into that mix, and people feel seen and respected, I think that creates space for honest art or an exchange.

CR: How much time do you typically spend out and about shooting?
ADW: It varies depending on the time of year and how much client work I have going on, or if I’m in darkroom printing mode. During the spring/summer in New York I can easily be outside for eight plus hours and walk ten plus miles – there’s so much to see and a lot can happen in a day. If I can’t spend the entire day photographing I’ll still have my camera with me as I run errands and make photographs in between moments. Even during the winter when I try to spend more time in the studio realising my work, I’ll still get out and make some images, or photograph from my window. I like to stay sharp. For me, photography is more a way of life than something I do.

CR: Is there ever any planning involved – for example, what areas you visit – or does it all come down to chance?
ADW: I’m a creature of habit and definitely have my favourite spots in my neighbourhood and around Manhattan. I also love the first light of the day. But for me, a lot of the beauty in photography comes down to chance. I’m at my best playing with chance, I’m full of nerves and always trying to beat myself to the punch.

CR: What draws you to black and white film in particular?
ADW: Silver gelatin prints are absolutely beautiful. 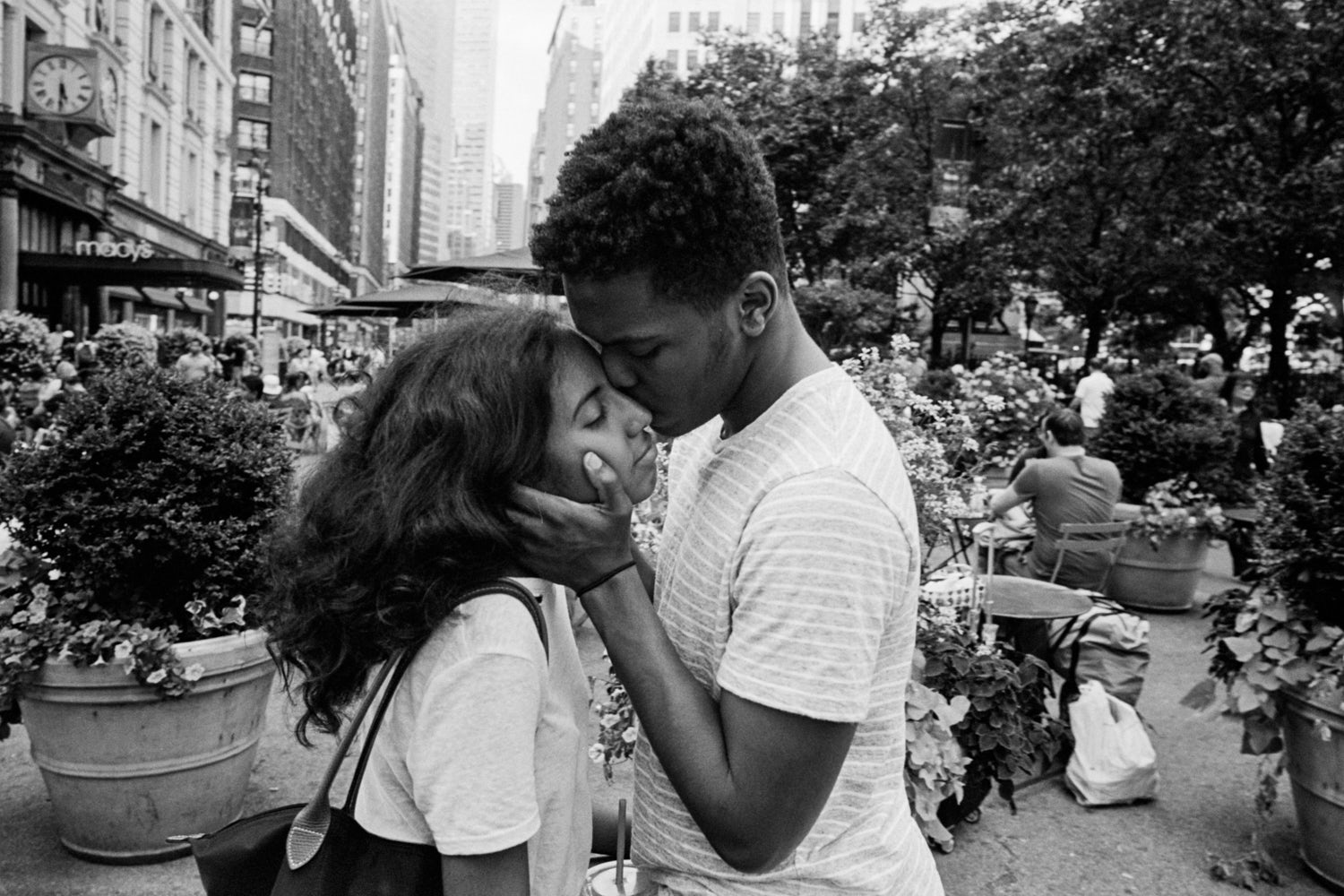 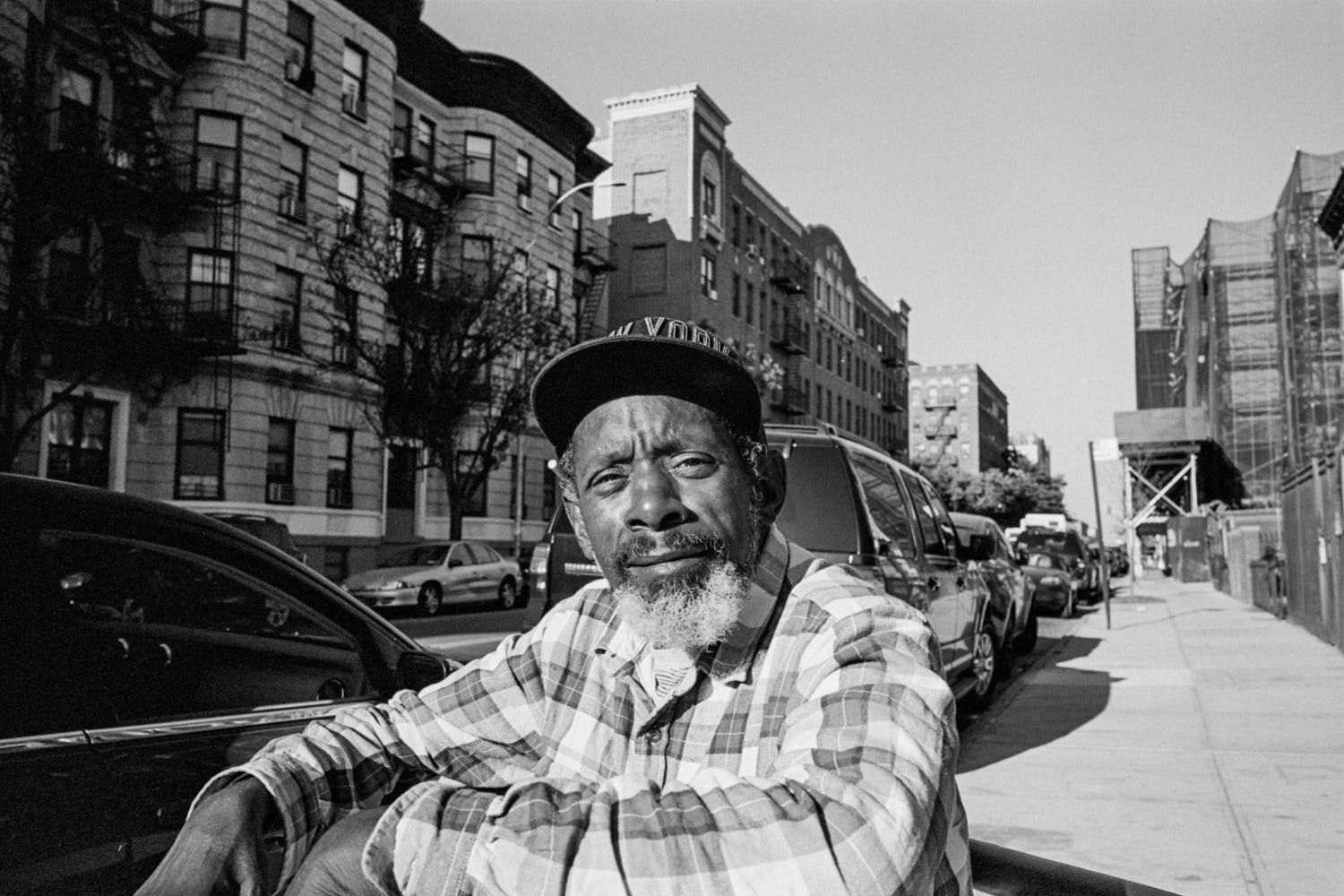 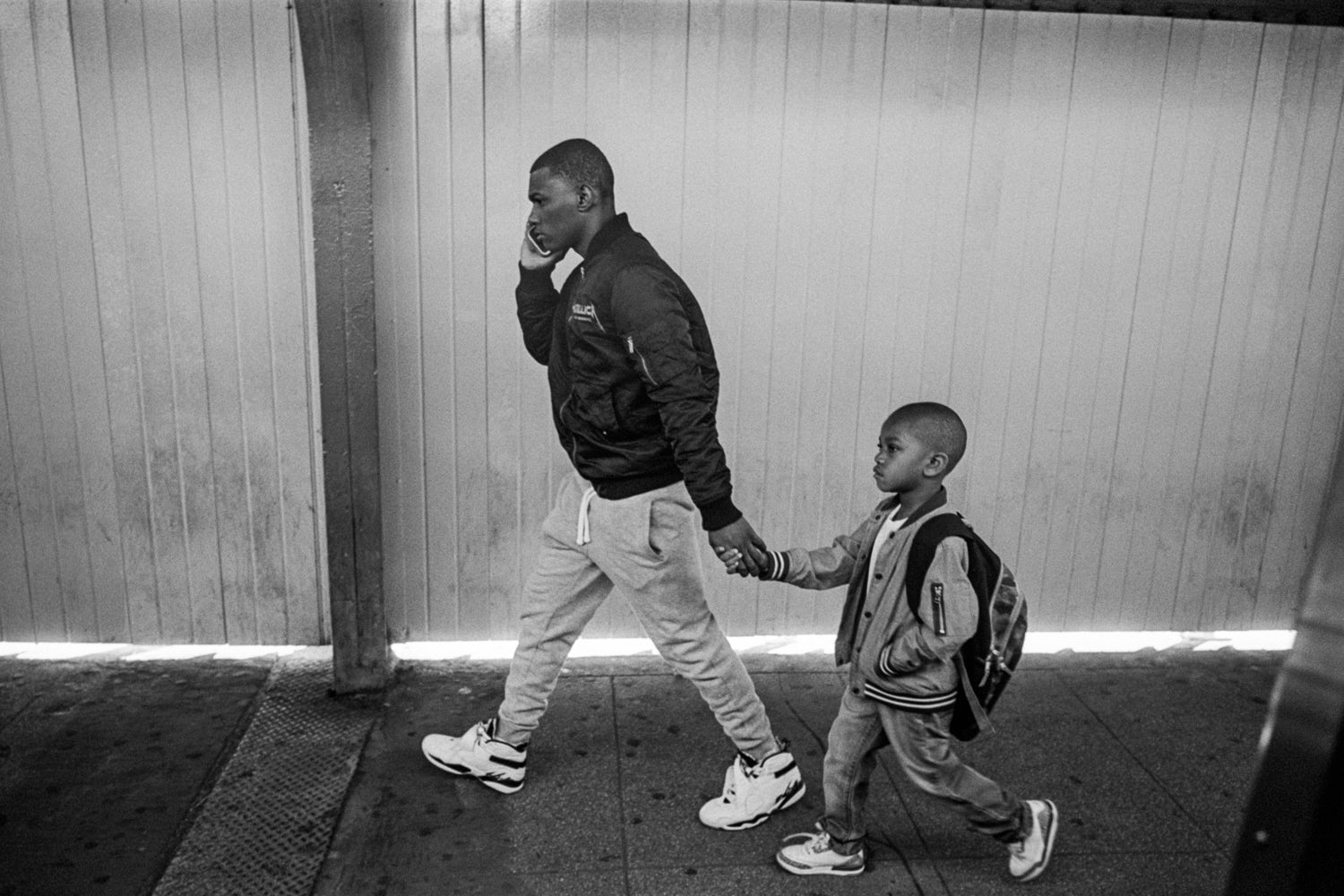 CR: Can you tell me about your work for Queen & Slim? Did you have the space to choose which direction to go in for the shoot?
ADW: It was my first time working on a movie set but I went into it excited and confident, after reading the script the story spoke to me so much so I had a good understand of how powerful everything had the potential to be. I worked directly with the director Melina Matsoukas on some of the key images, but mostly she gave me space to work freely. I was on set for three days in New Orleans.

CR: What were Daniel and Jodie like to work with?
ADW: Daniel and Jodie were very generous to me on set, very easy to work with. I did my best to respect their space and creative process but also still getting what I needed and even some photographs between cuts. The chemistry was there so it all felt very organic. Seeing Daniel in action is like poetry in motion, and I’m not sure if it’s possible for Jodie to make a bad photograph.

I remember folks trying to tell me my black and white work is outdated. It never phased me because I don’t need the approval of others to do what’s burning deep in my heart. Now @msmelina and @lenawaithe got me out here flexing on a movie poster. Photographed on 35mm tri-x and developed in my darkroom in Brooklyn. The saying is so cheesy but you have to do what you love, have to do it on your own terms. Honored to be part of this project.

CR: Is there a particular photograph of yours that is especially meaningful or powerful to you?
ADW: I would say this early photograph of Cedric, a kid that used to live in my neighbourhood who I now mentor. It’s meaningful because I now have hundreds of photos of Cedric; something that started out as casual photographs in my neighbourhood is now turning into a beautiful story of a young black boy growing up in Brooklyn.

CR: What is the main ambition behind your work? Are you trying to communicate anything in particular?
ADW: In part, I want my work to be a raw and honest expression about what it means to be black in America. I want to honour the people and places that I photograph. Ambitions are definitely high but only because I’m trying to demand greatness out of myself.