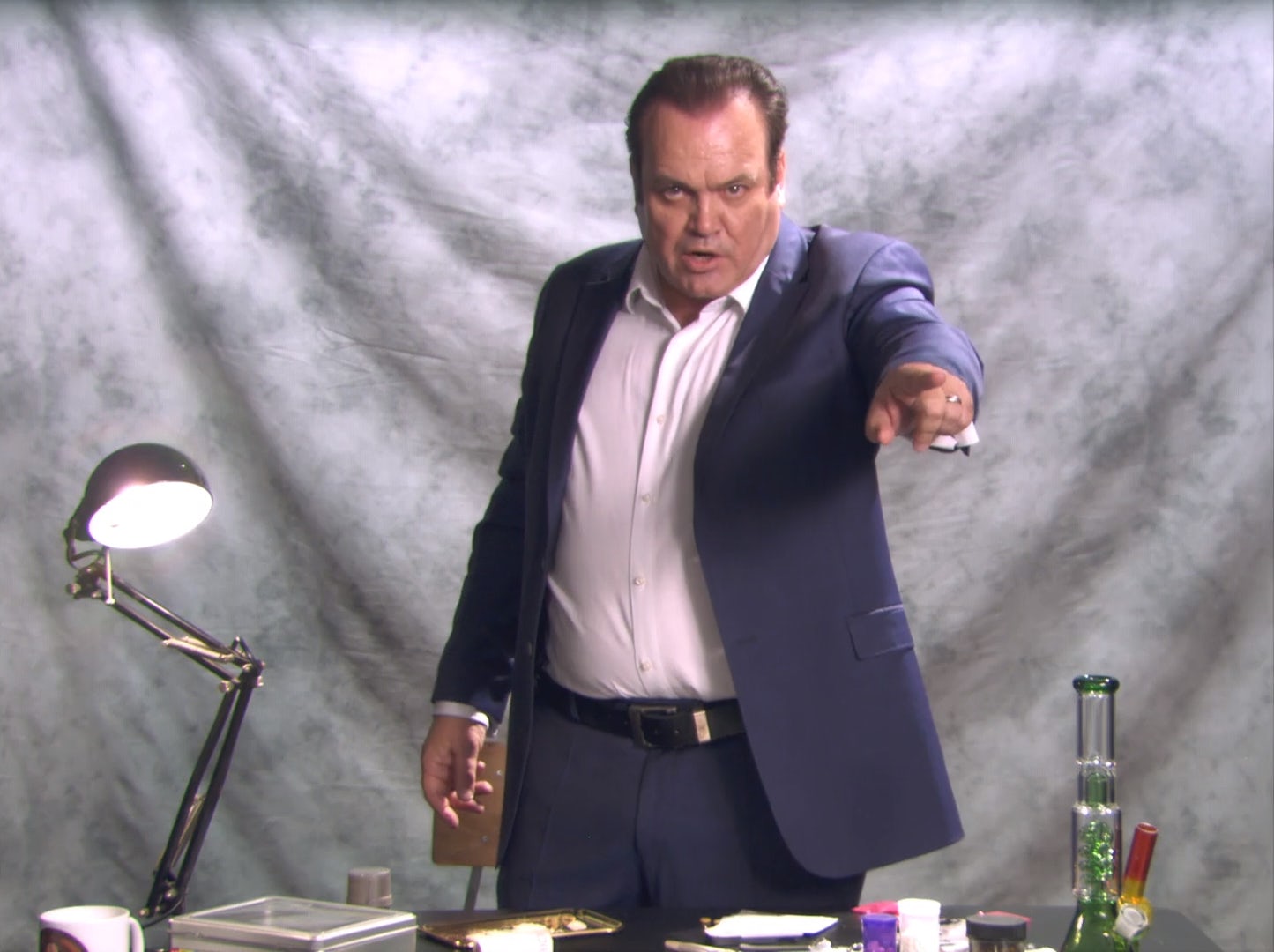 Towards the end of last year, director Yousef sat down with the team at production company Prettybird to discuss who to cast in the music video for Piero Pirupa’s new track. It would have to be an actor worthy of delivering the message central to Braindead (Heroin Kills), and someone threw soap opera actor Shaun Williamson’s name into the ring. Fast forward to three months later, and we have Barry from Eastenders gracing our screens once more.

Since his role on the soap opera came to end in 2004, Williamson has made comedy mileage out of Barry – most prominently in Extras, where he embraced the legacy of his pitiful Eastenders character. And it’s a pleasure to see him return here: in a video which makes a nod to Brass Eye’s classic ‘Cake’ report about the perils of drug use, we see Williamson presenting a public service announcement, before everything descends into chaos.

Williamson causes trouble on set as he’s overcome with hallucinations – including a handful of red-eyed animated birds and a troupe of miniature fist-pumping versions of himself (one of which he proceeds to snort). And things only get weirder as Yousef makes the most of animation and VFX to create facial mutations, a brain with a particularly bad attitude that escapes out of Williamson’s head, and a Russian Doll series of figures that come to be through vomiting.

The music video draws to a close with Williamson’s body deflating, before he returns to the frame, apparently traumatised, to relay the lyrics. Together, it’s an assault on all the senses, a presumably intentional outcome given the track’s ‘anti-drugs’ message.