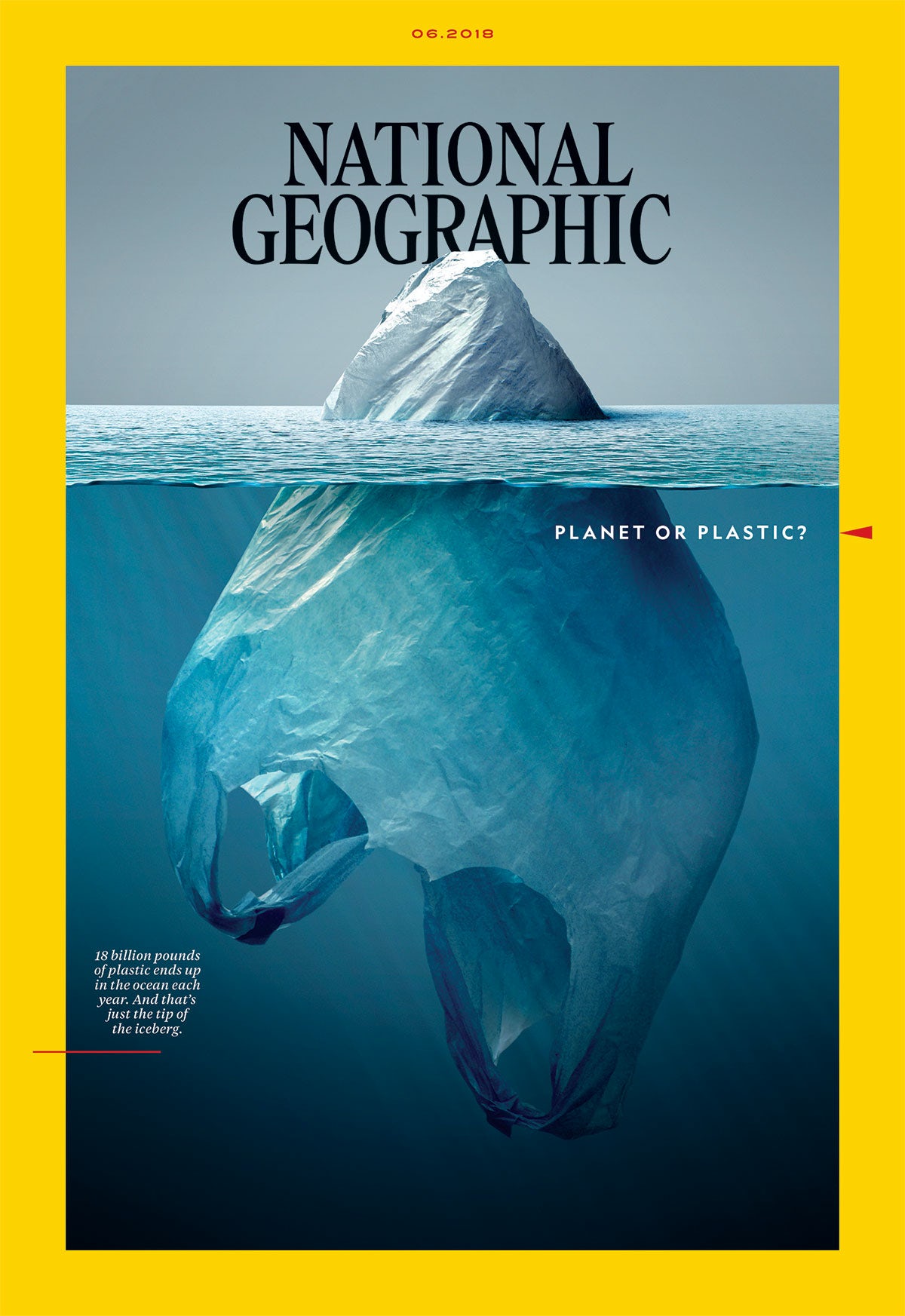 Planet or Plastic? is a campaign by National Geographic magazine to raise awareness and help reverse the global environmental crisis caused by single-use plastic. The initiative invites readers to take a pledge to reduce their use of plastic products, and via a series of print and online resources offers advice on how to live a plastic-free life.

The June 2018 issue was dedicated to the Planet or Plastic? initiative; the cover featured a striking photograph of a plastic bag floating in the sea, shot by Mexican photographer Jorge Gamboa. The top half of the bag sticking out of the water looks eerily like an iceberg, becoming an unmistakable metaphor for the health of the planet. The powerful cover won much praise from readers, and stood out for conveying a clear message in a simple way.

Gamboa’s image has become the central motif for the Planet or Plastic? campaign, lending itself to video content, social posts and infographics, which all play on the same idea that the damage caused by plastic is sometimes not visible, but it’s lurking under the surface and may be more serious than we realise. It’s a piece of editorial content that has translated well across a print magazine, an online microsite and media hub, and social media platforms.

The print issue was one of the most successful issues of the year from a sales point of view, the magazine tells us. So far, National Geographic has received pledges from readers to remove about 200 million pieces of single-use plastic, a significant number towards the ultimate goal of one billion pieces by 2020.