More than 30 imaginary beings are included in the line-up, which features everything from a grinning giraffe-elephant hybrid with wings, at the larger end of the scale, to the tiny Easter Reggbit which has chocolate for skin.

The campaign was created in partnership with digital production studio Merci-Michel, and follows on from the brand’s In the World of Play-Doh press and poster ads, which were made using only modelling clay. The Gallery of Emerging Species features some of the same imaginary creatures as the posters, but delves into the stories behind them. 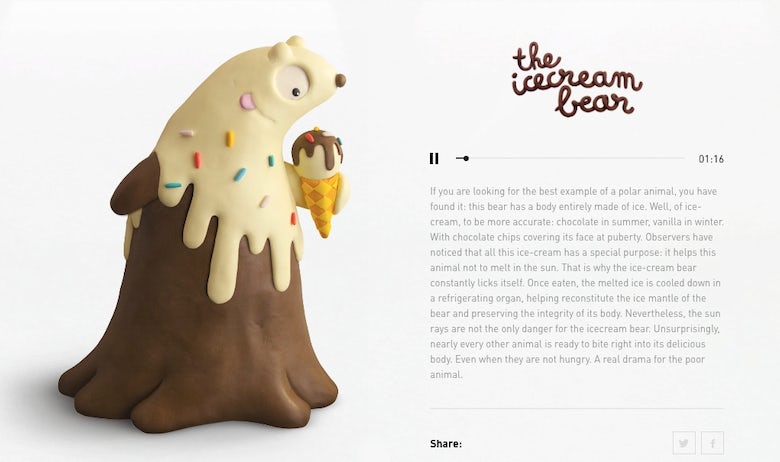 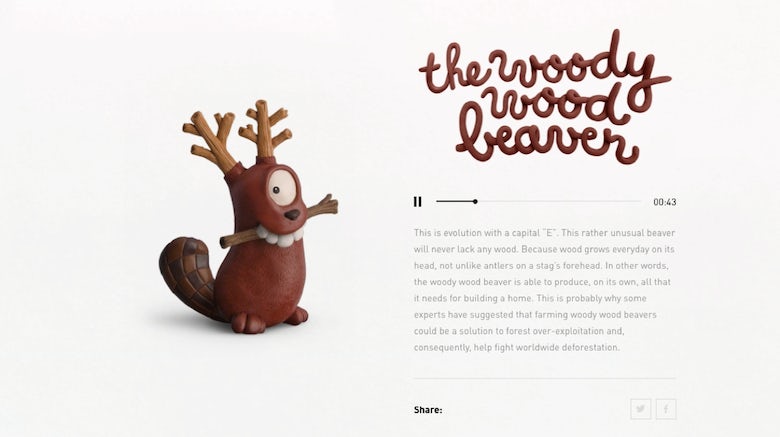 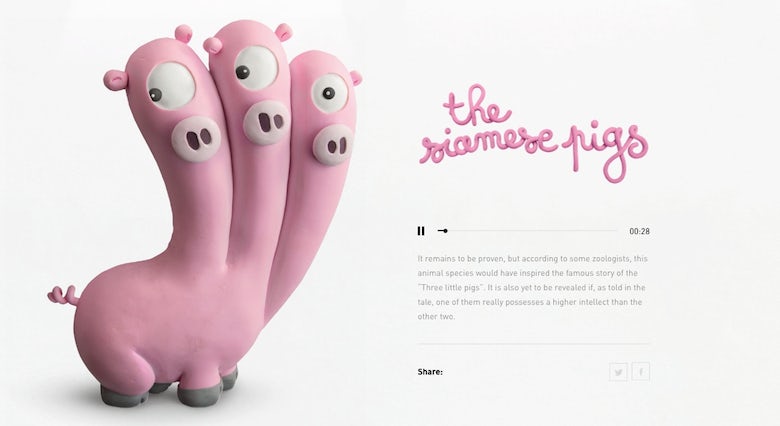 Visitors to the site – which is laid out to resemble a classic museum, complete with a huge glass roof – can click to hear more about each of the monsters. The narration is in a decidedly David Attenborough tone, and replicates the ambient background noise heard on nature documentaries. Each of the creatures has been animated to blink, move, and even float – in the case of the Cloudsheep.

Play-Doh will be sharing the imaginary monsters on Facebook, as well as inviting children to create their own, with the best submissions added to the ‘Visitors’ Gallery’ of the online museum.