London restaurant sketch is an Instagrammer’s paradise. Each of its dining spaces has a distinct look and feel, from the powder pink Gallery to the enchanted forest-themed Glade and the opulent red and yellow Lecture Room. Even the toilets are a thing of beauty, with a colourful stained glass ceiling and sci-fi-esque white pods.

But surprisingly, sketch’s new website doesn’t feature any pictures of its famous interiors. Instead, design studio Hato has created a site filled with playful interactive games and 3D avatars.

The homepage features floating avatars for each of sketch’s five rooms. Click on an avatar, and you’ll be taken to a page about that room. Each page contains an interactive game inspired by the design or concept for the space: you can play food Jenga on the Gallery page, stacking pastries or savoury treats, or create a neon artwork on a page for the Parlour cocktail bar. You can also mix and match shapes and patterns on the Lecture Room’s landing page, create a soundscape inspired by the East Bar’s futuristic loos, or click to grow tufts of grass in a game inspired by the Glade’s unusual carpet.

A game on the Glade page is inspired by the Glade’s carpet, which resembles a forest floor

The website was launched to coincide with sketch’s 15th anniversary. Owner Mourad Mazouz says he wanted to create a site that “reflects everything sketch still represents – fun, playfulness, experimentation, forward-thinking”.

Hato co-founder and Creative Director Ken Kirton (one of CR’s Creative Leaders) says the aim was to communicate the personality of sketch’s spaces without using photography. “We want users to have playful interactions that capture the excitement of being at sketch, either igniting a memory of the place or the imagination of what it could be,” he says.

The process began with Mazouz drawing ideas for each room on a piece of paper. Hato then designed avatars and devised a playful, interactive game for each one. The studio imagined the website as a 3D space – one that Kirton says can grow or evolve with the launch of seasonal campaigns and changes to the restaurant.

The website is filled with surprises: surreal videos offer a glimpse inside sketch’s decadent rooms, while an avatar on the booking feature grows and shrinks as diners adjust the size of their booking. It also includes all of the important information you’d expect, such as PDF menus, opening times and contact details, but these are located within the interactive pages, encouraging users to play with the site before making a booking or browsing the options for afternoon tea. 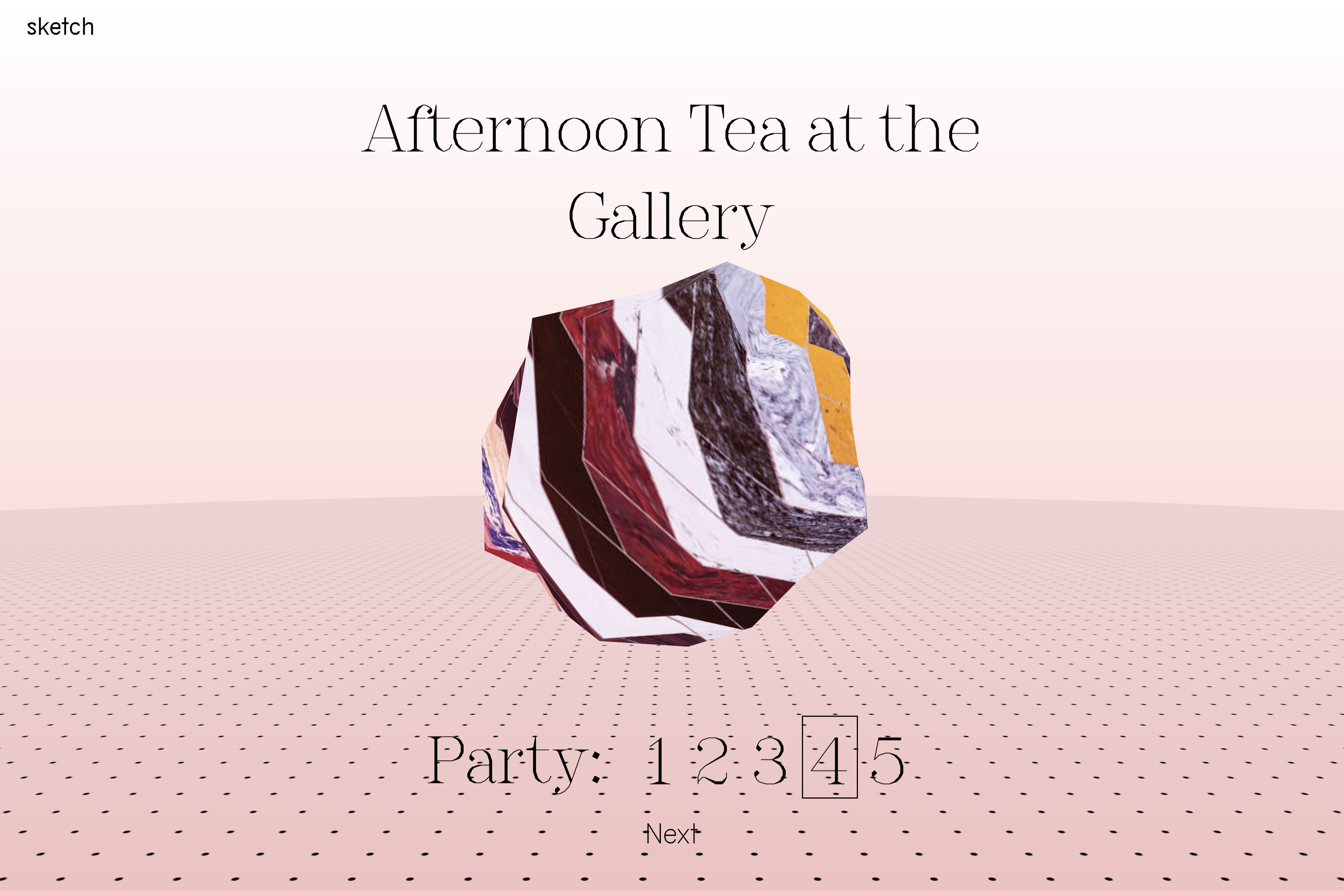 The project builds on Hato’s previous work for Pick Me Up and D&AD: the studio created an online tool allowing people to draw a 3D mark as part of its identity for D&AD Festival earlier this year, and another that allowed people to create a custom letterform for graphic arts festival Pick Me Up in 2016. (It has also created digital drawing tools for projects created for the V&A and the Liverpool Biennale, and specialises in working on co-design projects with local communities and the public.)

It’s an unusual take on a restaurant website: most restaurants and bars opt for the same familiar format, using photographs of their food and interiors on their homepage. This is a sensible approach, spotlighting the features that are most likely to attract people to a restaurant and making important information such as opening times and location easy to find.

But sketch doesn’t need to be sensible. It is a world famous restaurant with over 200,000 followers on Instagram and one that is regularly featured on London’s best or most Instagrammable restaurant lists.

It might seem an odd decision to exclude photographs of the dining spaces, but when a search for #sketchlondon brings up 48,000 posts on Instagram, does it really need to? Instead, the restaurant has opted for something unexpected that captures the essence of sketch and its focus on creating a fun and entertaining experience.