The demise of the Polaroid instant camera in 2008 seemed both a tragedy and an inevitable result of the march of digital technology. What use was an instant film camera when we had our phones that could store hundreds of snaps and which provided filters that could create a multitude of snazzy photographic effects at the touch of a button?

Fast forward almost ten years, and it now makes perfect sense for Impossible Project, the company founded by three Polaroid enthusiasts who bought the last remaining instant film factory, to bring the brand back (note: Polaroid still exists as a company making electronic products. What is launching today is Polaroid Originals, specialising in instant cameras). In an era enamoured with all things analogue, from vinyl to books to, yes, real photographs, the once-outmoded technology has a natural place once more. 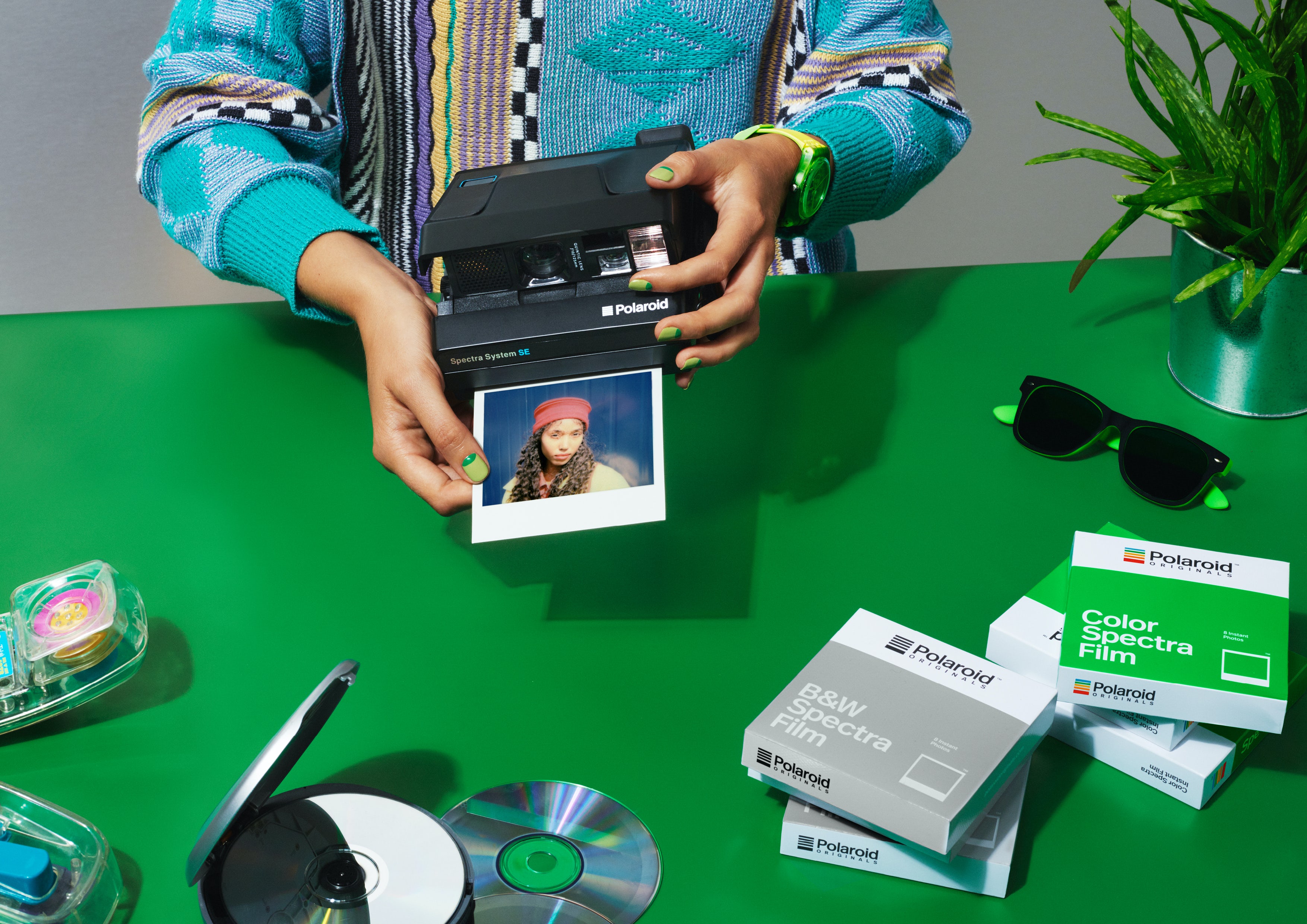 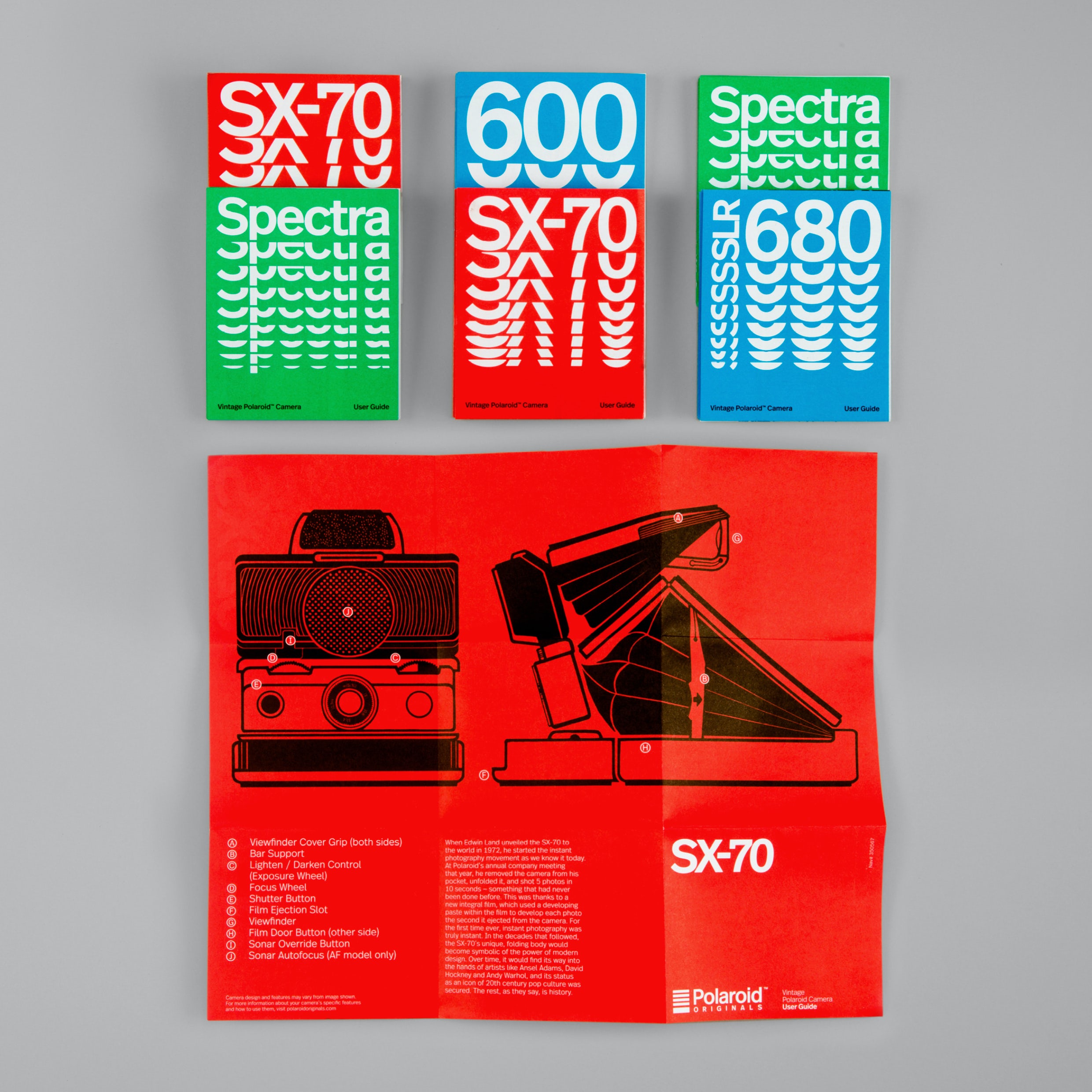 “I think if you look at what made Polaroid so amazing the first time around, a lot of that was due to the technological innovation that it gave,” says Danny Pemberton, Creative Director at the newly formed Polaroid Originals. “It was resolving a very real problem for consumers, which is you don’t have to wait a week for your photographs anymore, you can get this and hold them in the palm of your hand almost instantly. Of course that’s not the case now, that imperative doesn’t exist.

“But what’s been super interesting about this analogue resurgence, and it’s sort of the same thing with vinyl, I think people are drawn to the idea of tactile, physical, real objects. Digital is fantastic and we don’t set ourselves up as an antagonist to digital, we see what we offer very much as a supplement. So while it’s absolutely wonderful that you can take millions of photos on your phone, the value of those photos is still different to something you can hold in your hand. For me, a lot of it comes back to the tactility of the product.”

The first product from Polaroid Originals is a new analogue instant camera, called the Polaroid OneStep 2, a successor to original Polaroid OneStep, launched 40 years ago. The new version features the same point-and-shoot instant usability as its predecessor but also a built-in flash, USB charging and a self-timer. There is also a series of new generation film available for the camera.

The new products come with packaging and an identity that makes an obvious nod to the original Polaroid branding, but with some elegant modern twists. To create it, Pemberton turned first to the Polaroid archive.

“Polaroid was so fastidious with their record keeping,” he says. “There’s a wonderful archive in Boston at Harvard. We had the chance, myself and another colleague, to go there and spend three or four days digging through the whole archive. Really with the goal to understand visually, first of all, what Polaroid was, what it used to be, how it used to communicate.

“So we came at it from a traditional graphic design perspective and then also to try and get a feeling for some of the values that were originally behind the brand that made it so great. It was incredible instructive for the process really, because they’ve got such a rich visual history.” 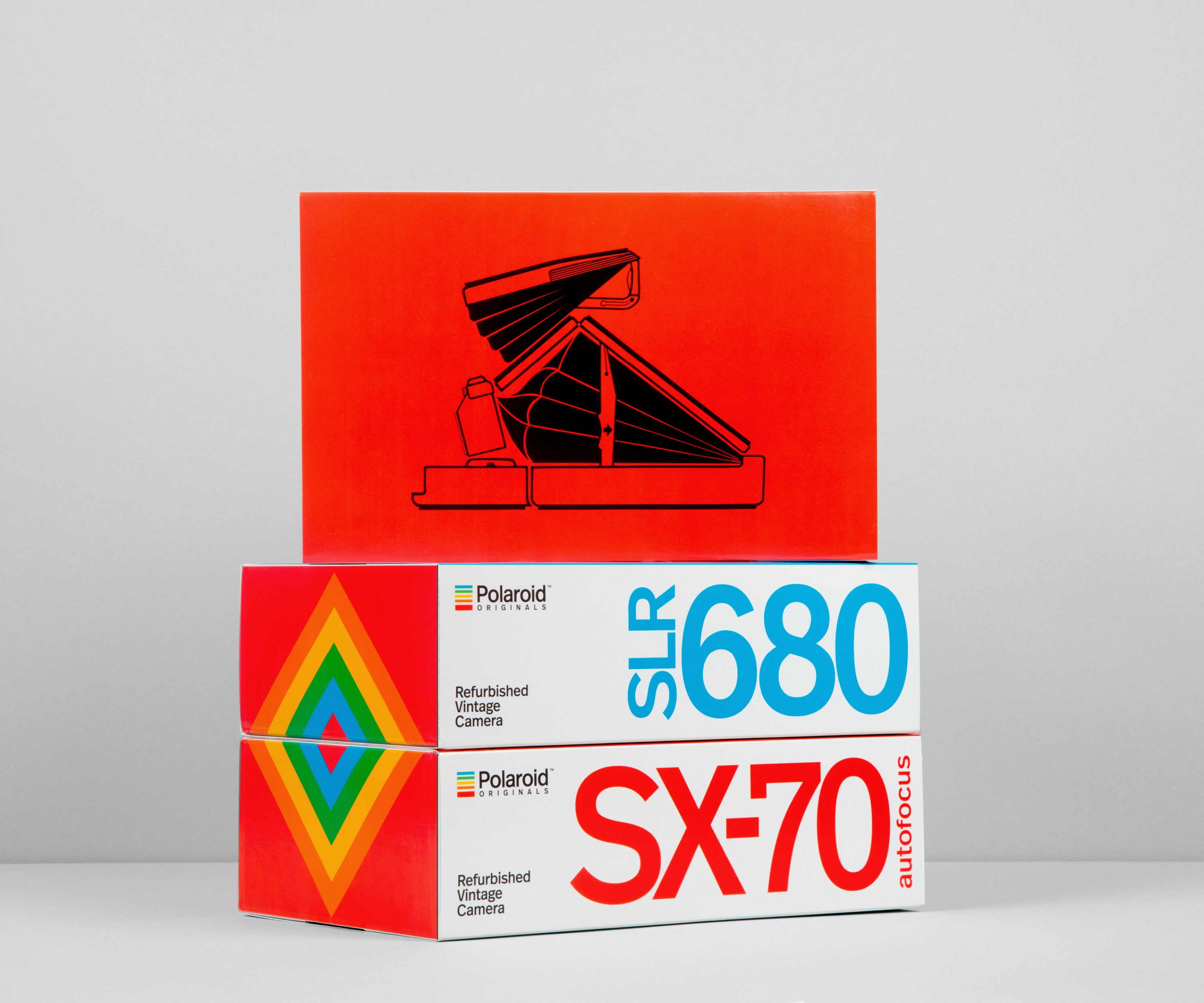 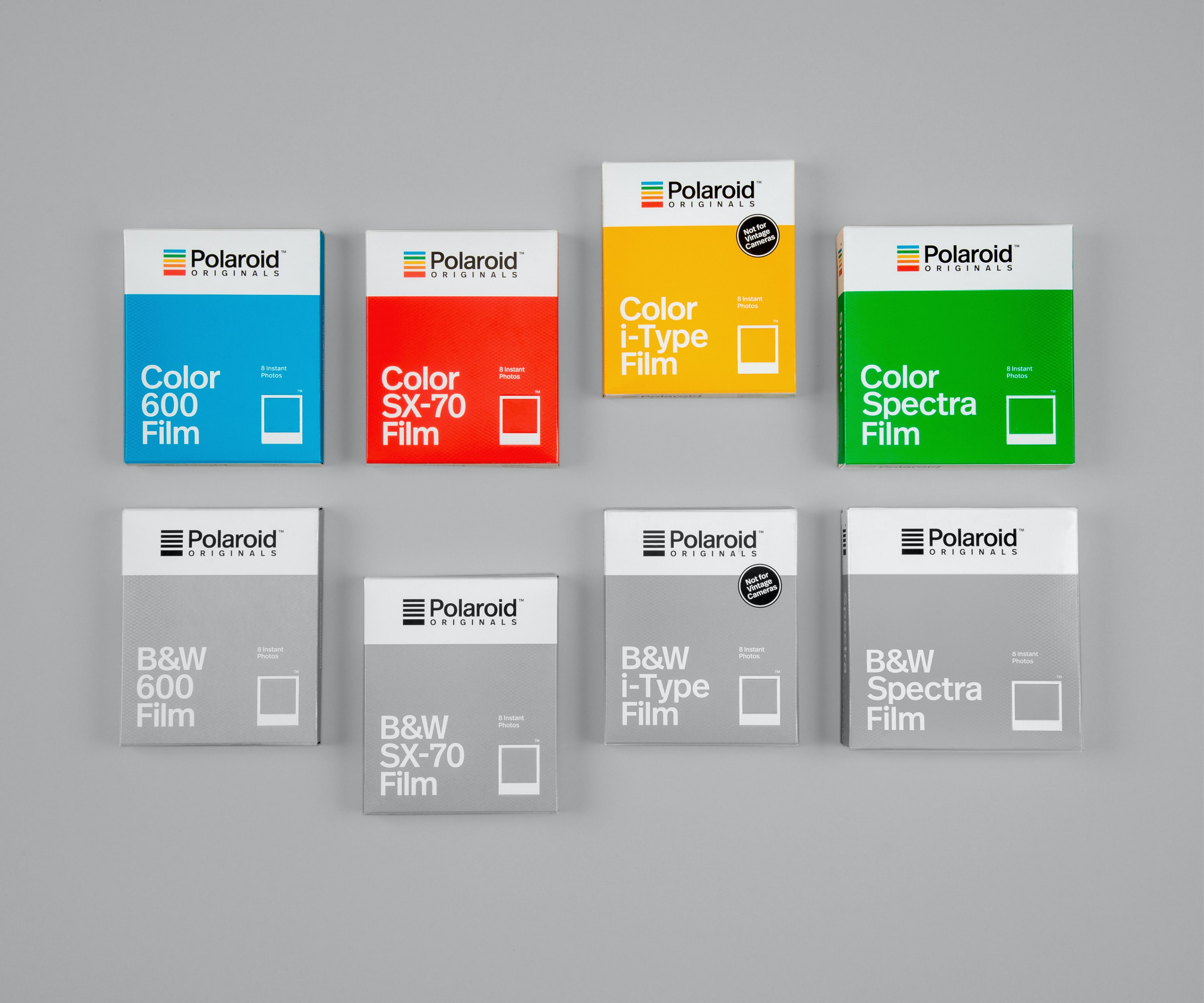 Pemberton points out that Polaroid’s original stripped-back identity from the 1960s has been hugely influential on later design firms, including Apple. “Polaroid really pioneered a lot of the visual identity cues that even Apple ended up picking up on,” he says. “Like the simplicity of some of that design language…. They were pioneering a really simple, bold, clean graphic approach that no one else was really doing…. We know that Steve Jobs was incredibly influenced by Edwin Land [Polaroid’s original founder] and had a couple of formative meetings with him.”

The team focused in on two eras of Polaroid’s design history to use as inspiration for their new branding for Polaroid Originals – the 1960s/70s and the 1970s/80s (“probably more the Polaroid that people would recognise,” says Pemberton, “a lot of Helvetica everywhere, lower case, very friendly.”)

The result is an identity that inevitably has something of a retro feel but manages to also appear bold, colourful and modern. The Polaroid rainbow is strongly featured on the logo but is paired with type in the FF Real font, which was designed last year by Eric Spiekermann and Ralph du Carrois.

“It’s a typeface that feels new and fresh but it has these references back to earlier grotesque typefaces like News Gothic, where you can see influences of the hand, influences of more analogue processes, and just a little bit more character,” says Pemberton. “In all the elements that we’ve chosen, we’ve tried to find that balance between acknowledging that yes, this is a slightly nostalgic item, but tried to make it relevant for today.”

The return of a Polaroid classic camera, updated for the modern era, will undoubtedly cause excitement for fans of photography and design alike. And along with its general analogue charm Pemberton points out an unexpected benefit of the camera that may appeal to those who are weary of digital culture: its ability to spark conversation in the real world.

“The thing with Polaroid, which is perhaps a little unique from some of those other things like vinyl or books or other tactile analogue objects, is there’s an inherent social property to it,” he says. “I see this all the time – whenever I’m out shooting with my Polaroid camera and I take a photo, the number of social moments or situations that that’s led me to is just incredible, it’s essentially like a real world social currency.” 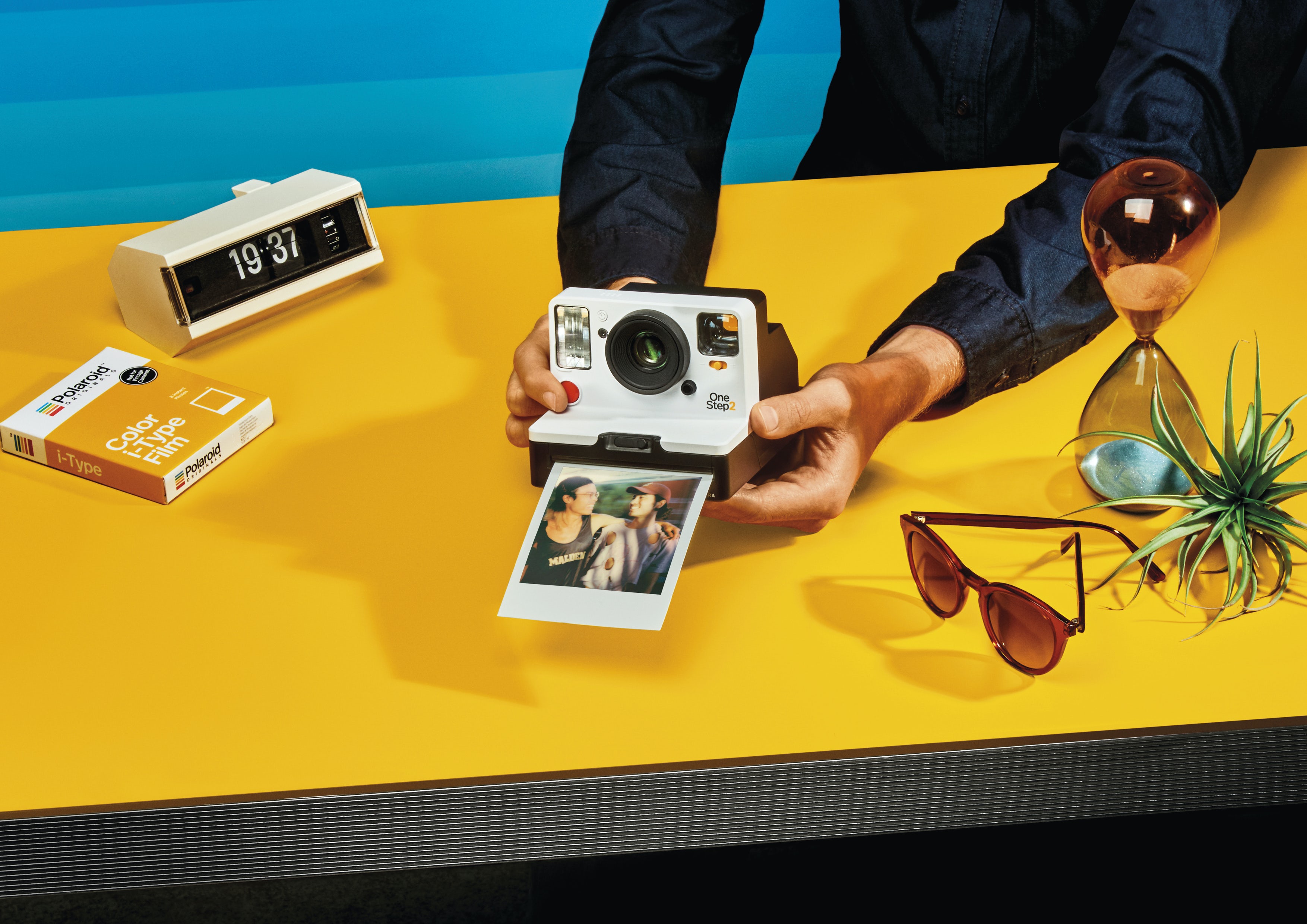 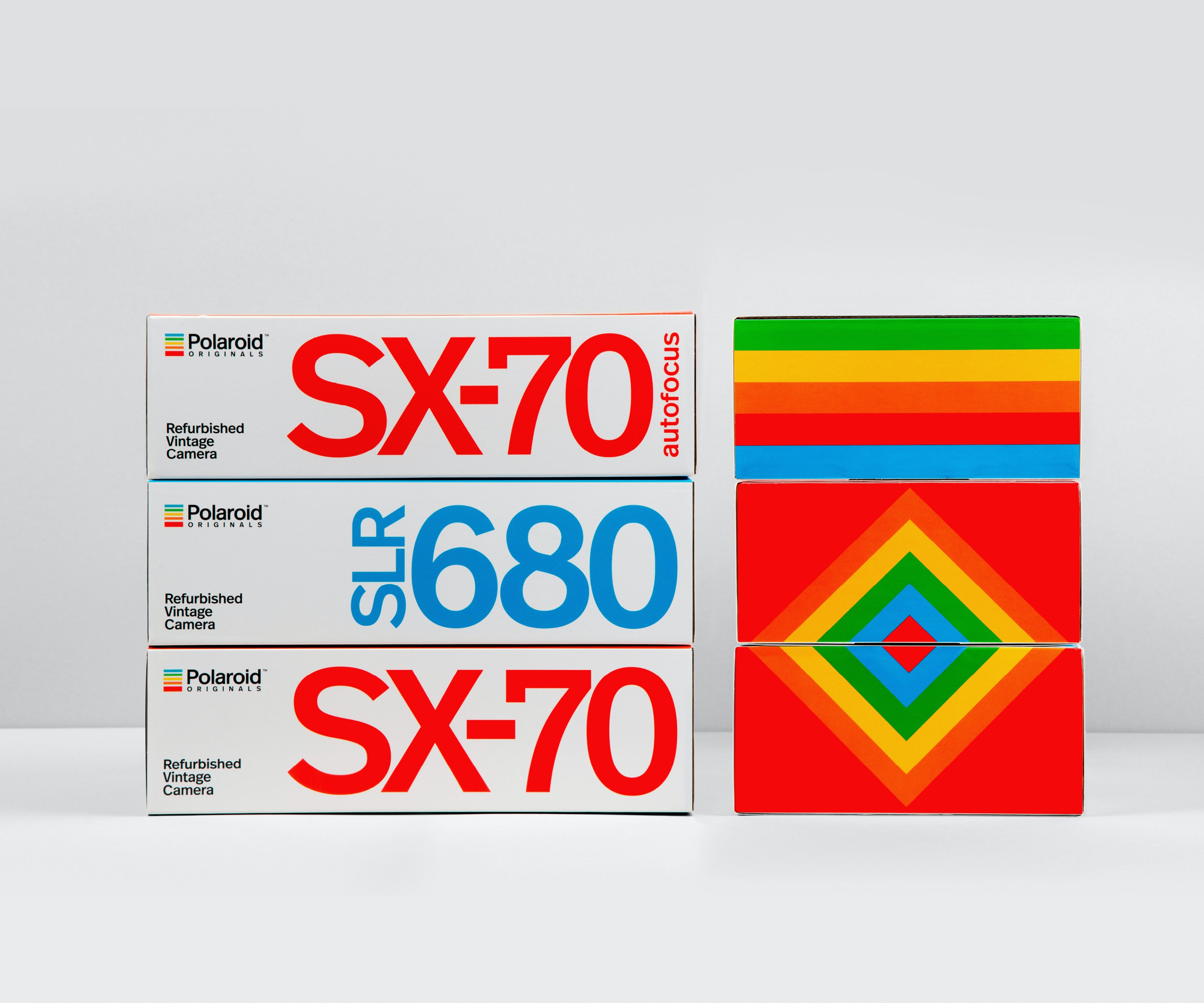 Plus, as he points out, the magical aesthetic quality of a real Polaroid photograph is hard to beat. “They do have a magic about them,” he agrees. “As wonderful as filters and all those things are on phones, they still haven’t quite managed to replicate that.

“I truly believe that everyone looks really beautiful on Polaroid.”

The Polaroid OneStep 2 camera is available for pre-order at polaroidoriginals.com now, priced £109.99; it will available from wider retailers from the end of October