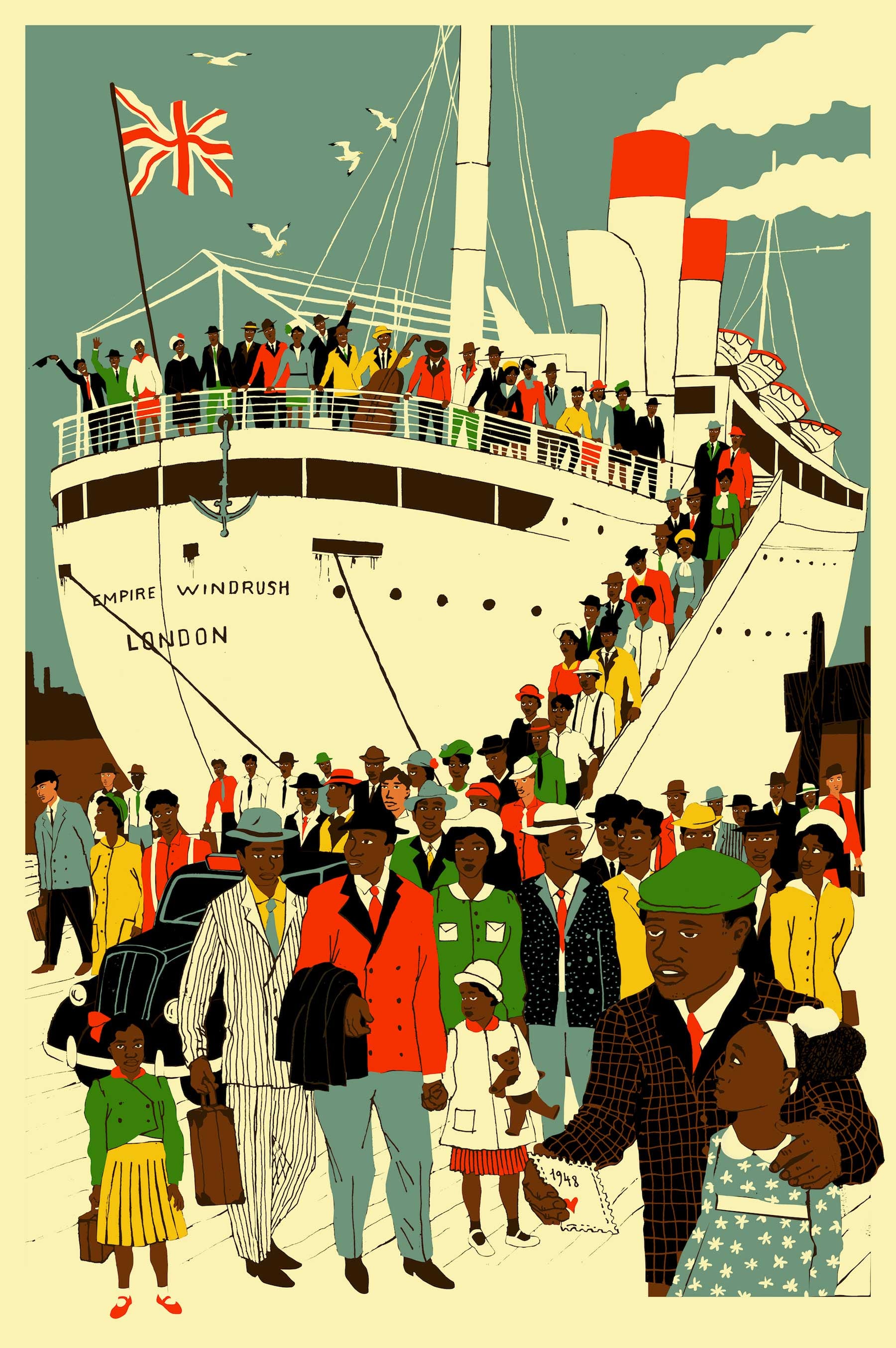 The theme for this year’s competition was London Stories. Professional illustrators and students were invited to submit an artwork inspired by a real or fictional narrative, a brief that resulted in some imaginative responses to surprising, macabre and comic tales from London’s past and present.

Three winners were chosen from 1500 entries, with the Gold Prize going to former architect Eliza Southwood for her handcrafted screen print, London is the Place for Me, which depicts the arrival of Empire Windrush in Britain. Southwood will receive £2,000 and her artwork will be displayed on the London Underground later this year.

Anna Steinberg won the Silver Award and a prize of £1,000 for her entry, The Cokeney, inspired by the origin of the word ‘Cockney’ (derived from ‘Cokeney’, meaning ‘a cock’s egg’).