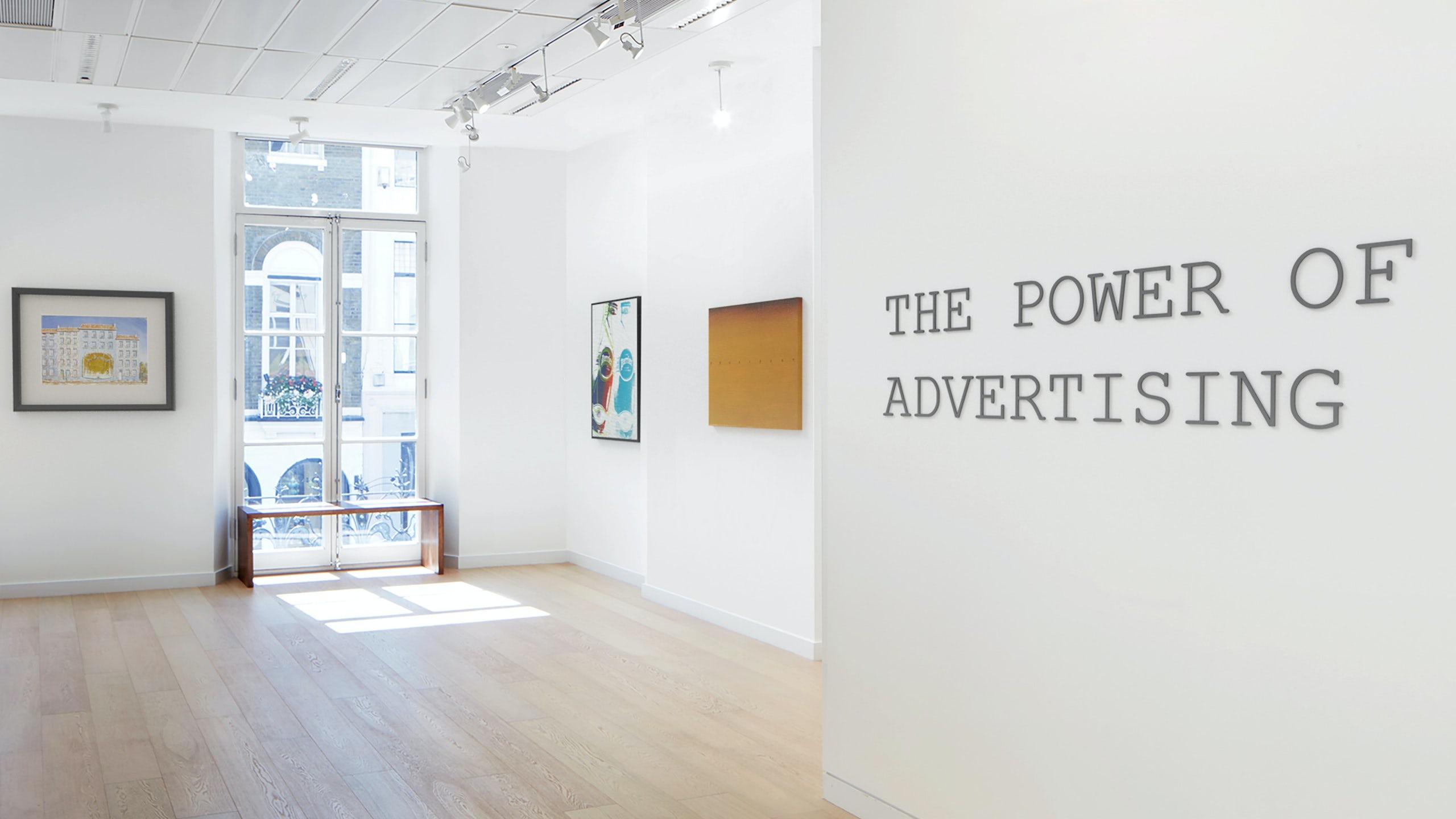 Hosted by London’s Omer Tiroche Gallery, the exhibition comprises work by Andy Warhol, Ed Ruscha, Sol LeWitt, René Magritte and James Rosenquist, all of whom began their practice in the commercial world.

The exhibition contextualises the boom in advertising in the 1920s alongside the birth of Surrealism, and aims to show how commercial and fine art movements intersect – such as in the practice of Surrealist artist René Magritte, who worked as a graphic designer from the mid-1920s and later went on to co-found his own ad agency, Studio Dongo, with his brother.

As advertising entered its golden age in the 1960s, so too did the Pop Art movement – and it wouldn’t be an exhibition on art and advertising without a nod to Andy Warhol, who began his career as a commercial illustrator and famously interrogated consumerism in his art. Warhol’s brash canvas artworks of dollar signs feature in the show. 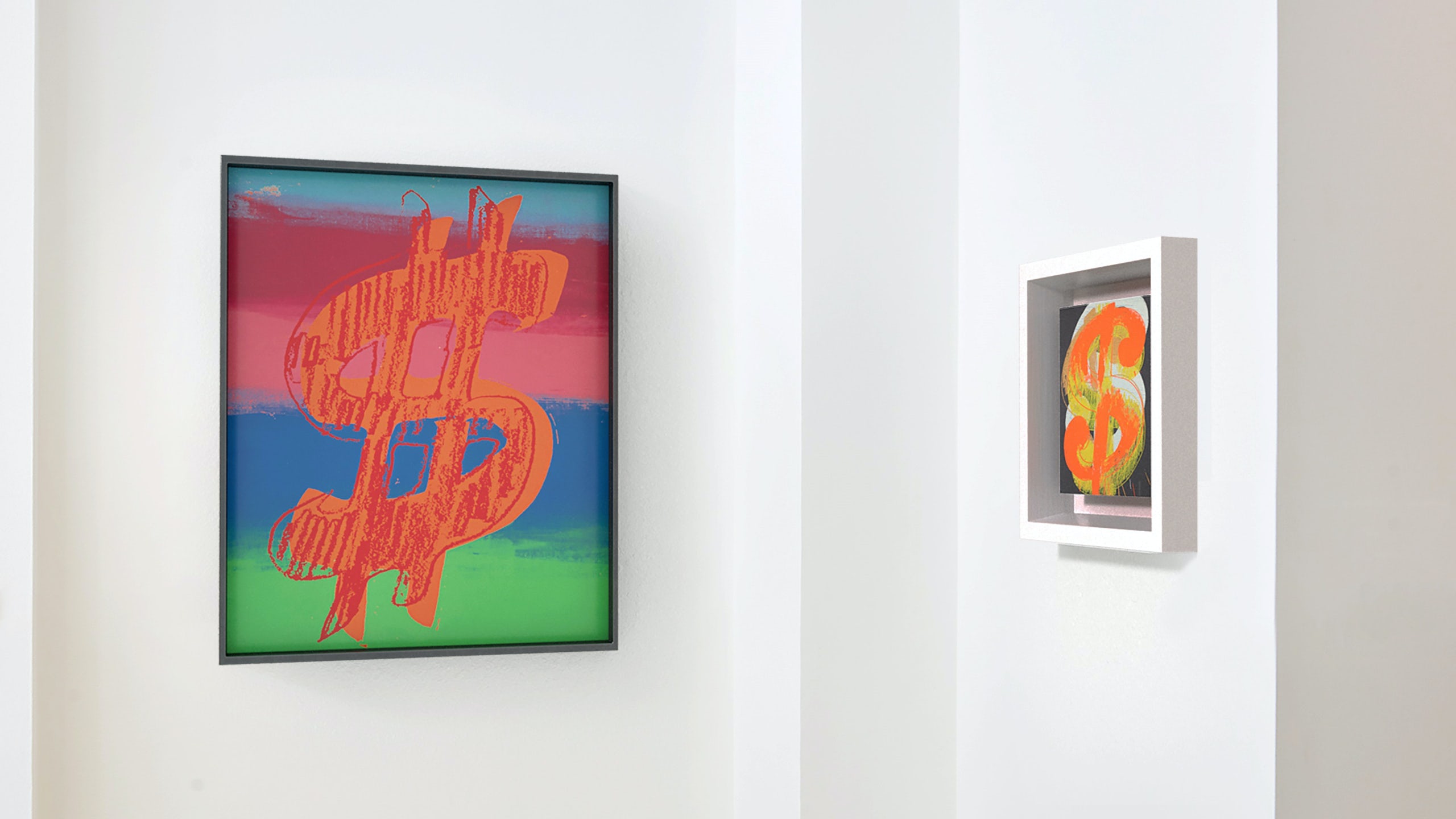 The Power of Advertising also features works by two other artists associated with the Pop Art movement: James Rosenquist, who painted billboards as a teenager, and Ed Ruscha, who studied lettering, design and advertising, and worked as a sign painter and typesetter before joining an ad agency as a layout artist.

Also featured are artworks by Sol LeWitt, who worked on paste-ups and illustrations for Seventeen Magazine early on in his career before focusing his efforts on his art practice, which saw him become a key figure in conceptual art and minimalism.

Although the influence of fine art on advertising is well documented, the reverse side of this relationship – how advertising shaped artists’ fine art practice – is less universally acknowledged, and the show, while small in scale, neatly illustrates how the two are in many ways symbiotic. 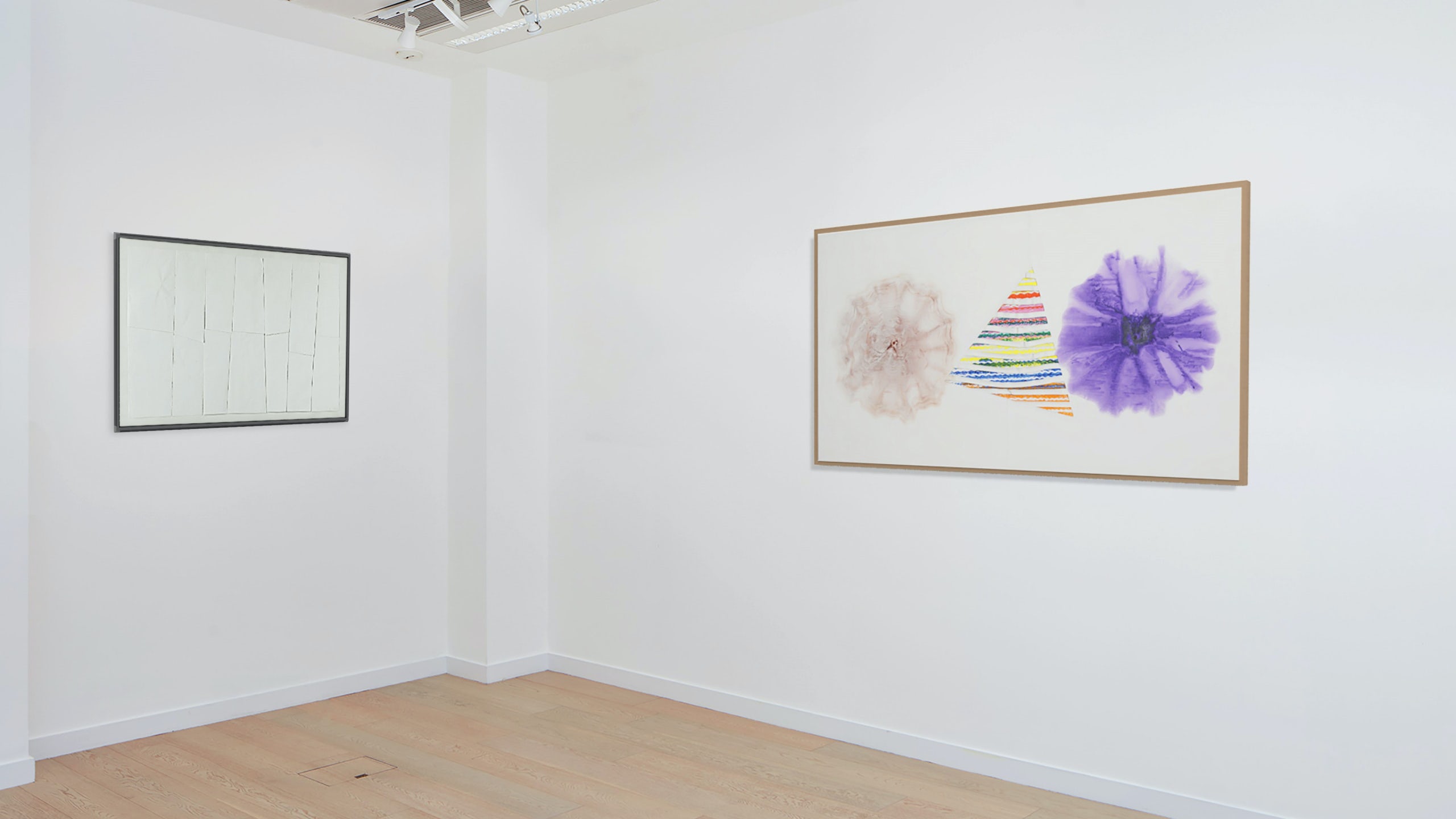 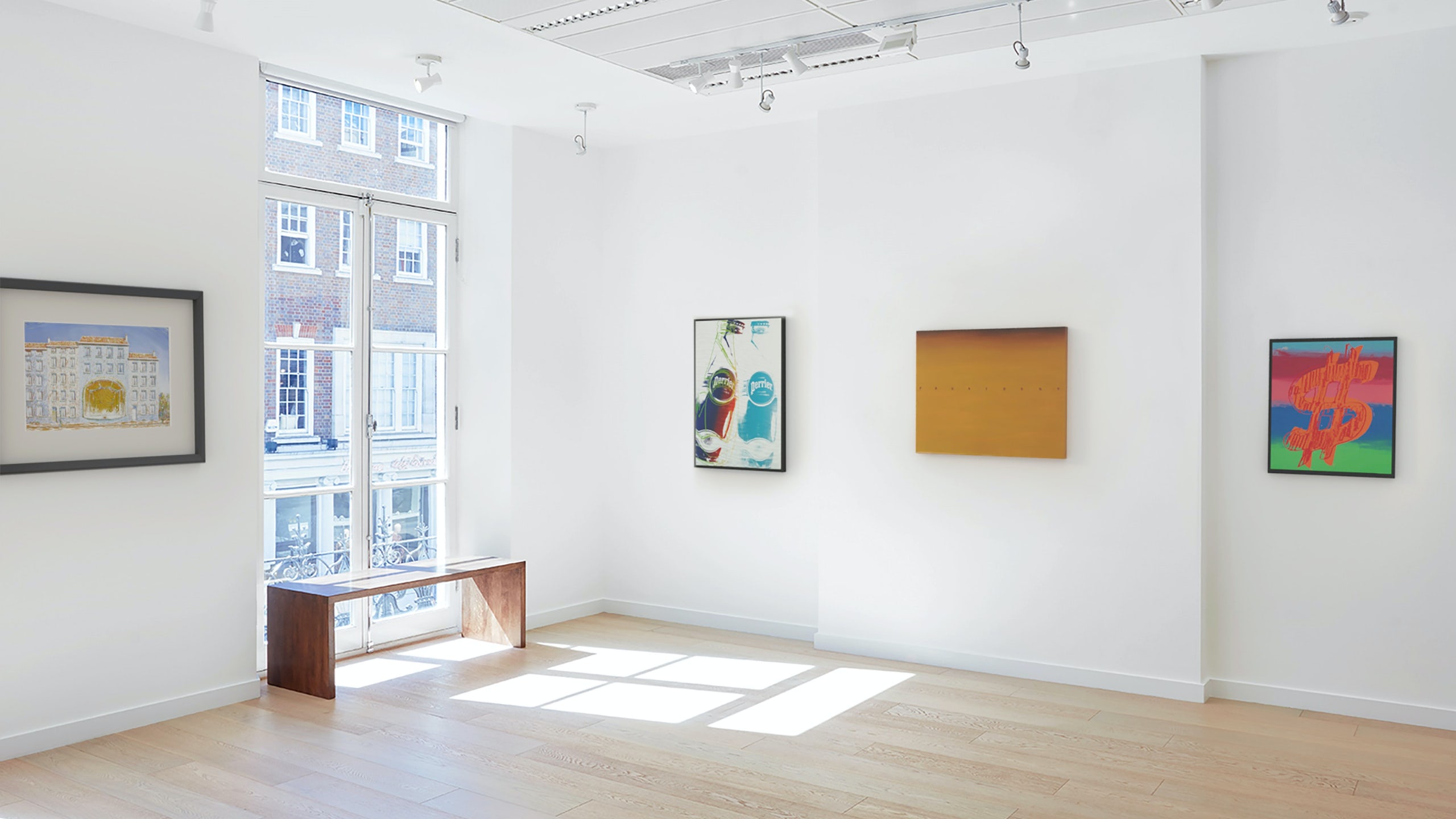 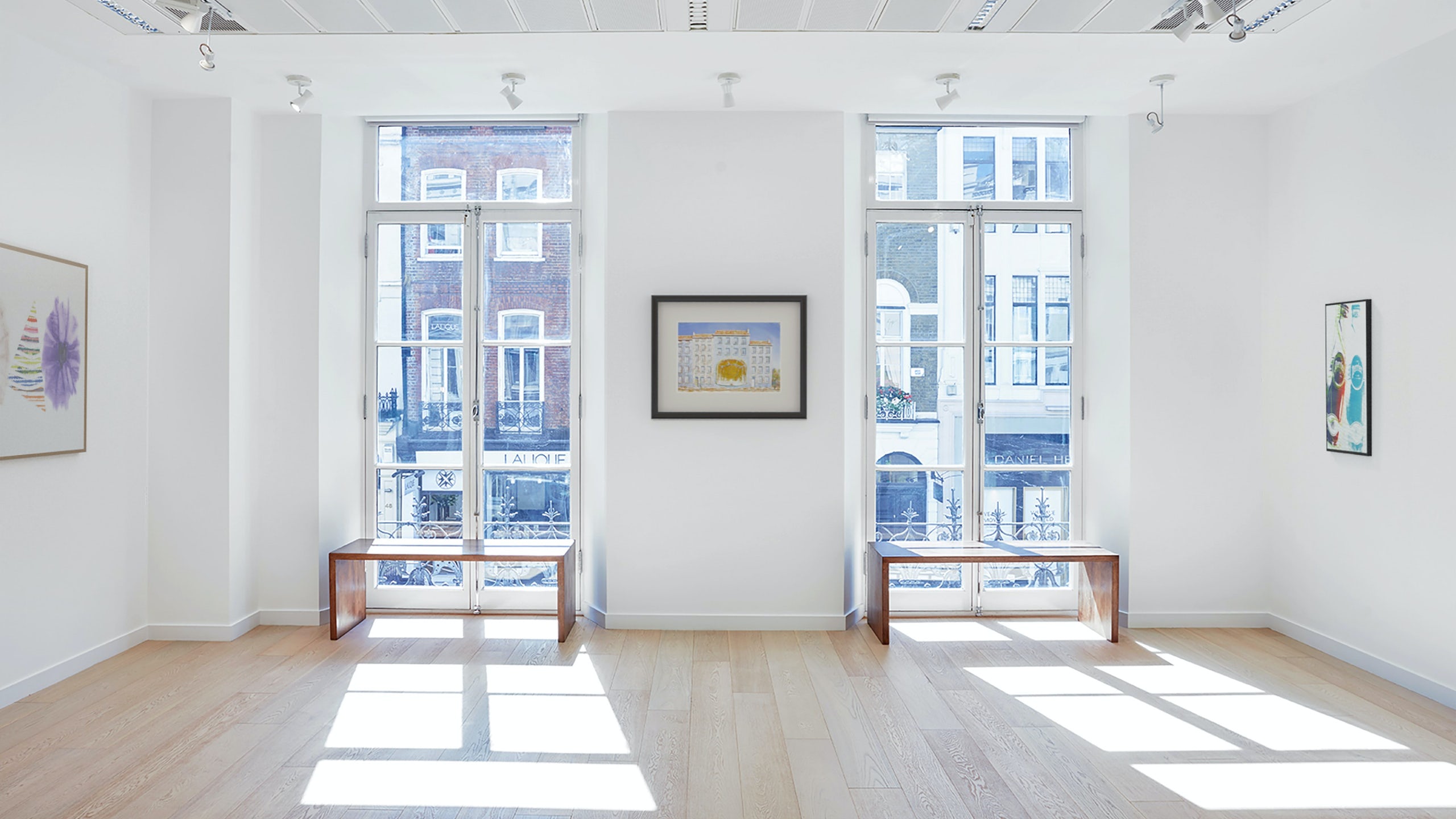 The Power of Advertising is available to view online until September 3; galleriesnow.net