From there a score is defined for each city, showing what legal protections are in place for LGBTQ travellers around the world. The higher the score, the more positive the attitudes and laws of the city. 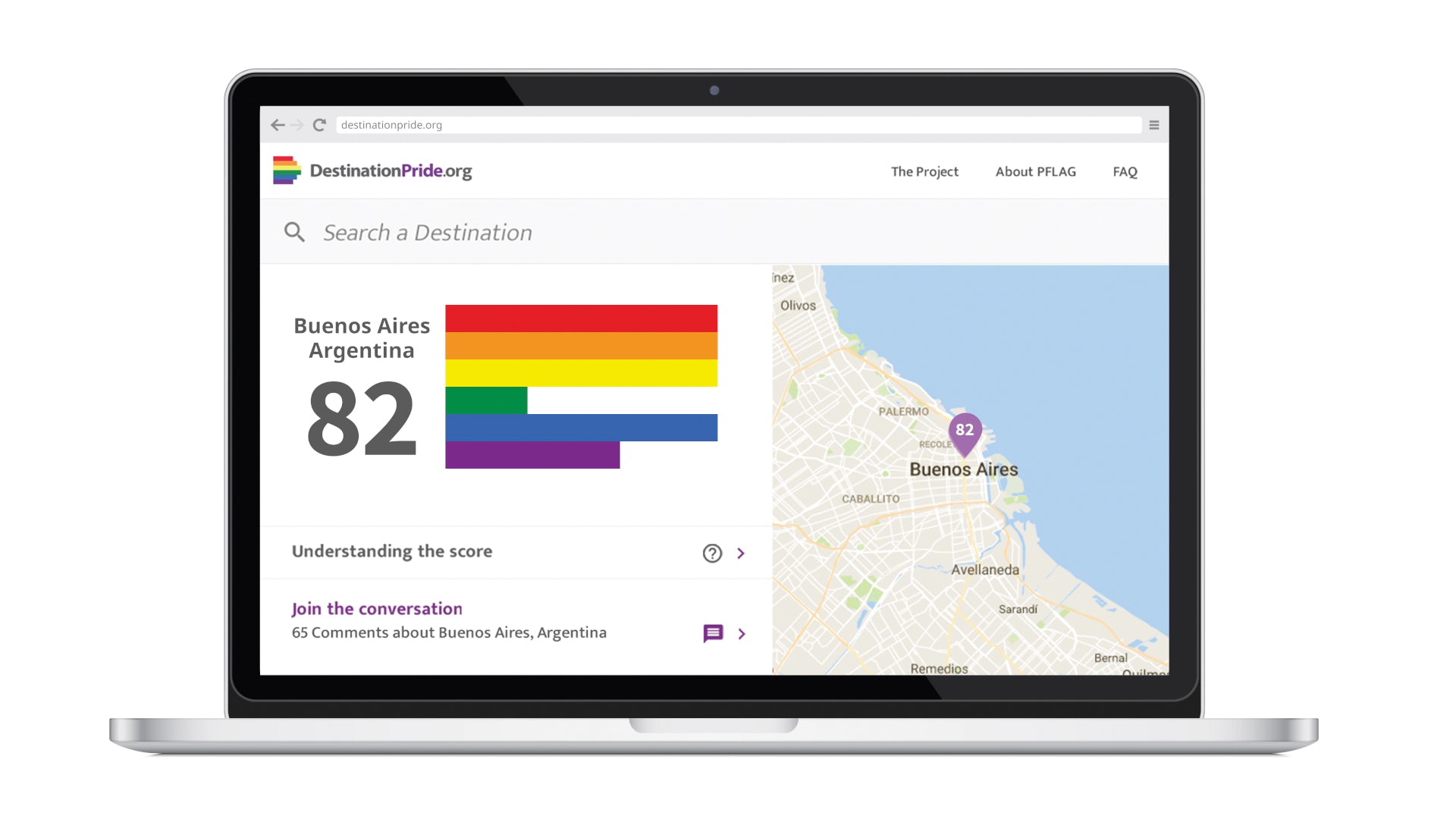 As well as showing the data in an easily accessible infographic, the Destination Pride website includes interviews and anecdotes from the LGBTQ community on how they feel about travelling to various countries and cities.

“As a transgender woman, there are some countries that I feel safe to go to, but there are others that I might not want to visit,” says Lisa, a Canadian participant in one of the project videos. “Over a year ago, I felt safe to travel in the United States, but with the recent political changes, I have not crossed over that border because I do fear a sort of backlash against the transgender community. It’s sad because I love the United States, it’s just that I don’t feel as safe to travel there as a transgender woman at this time.” 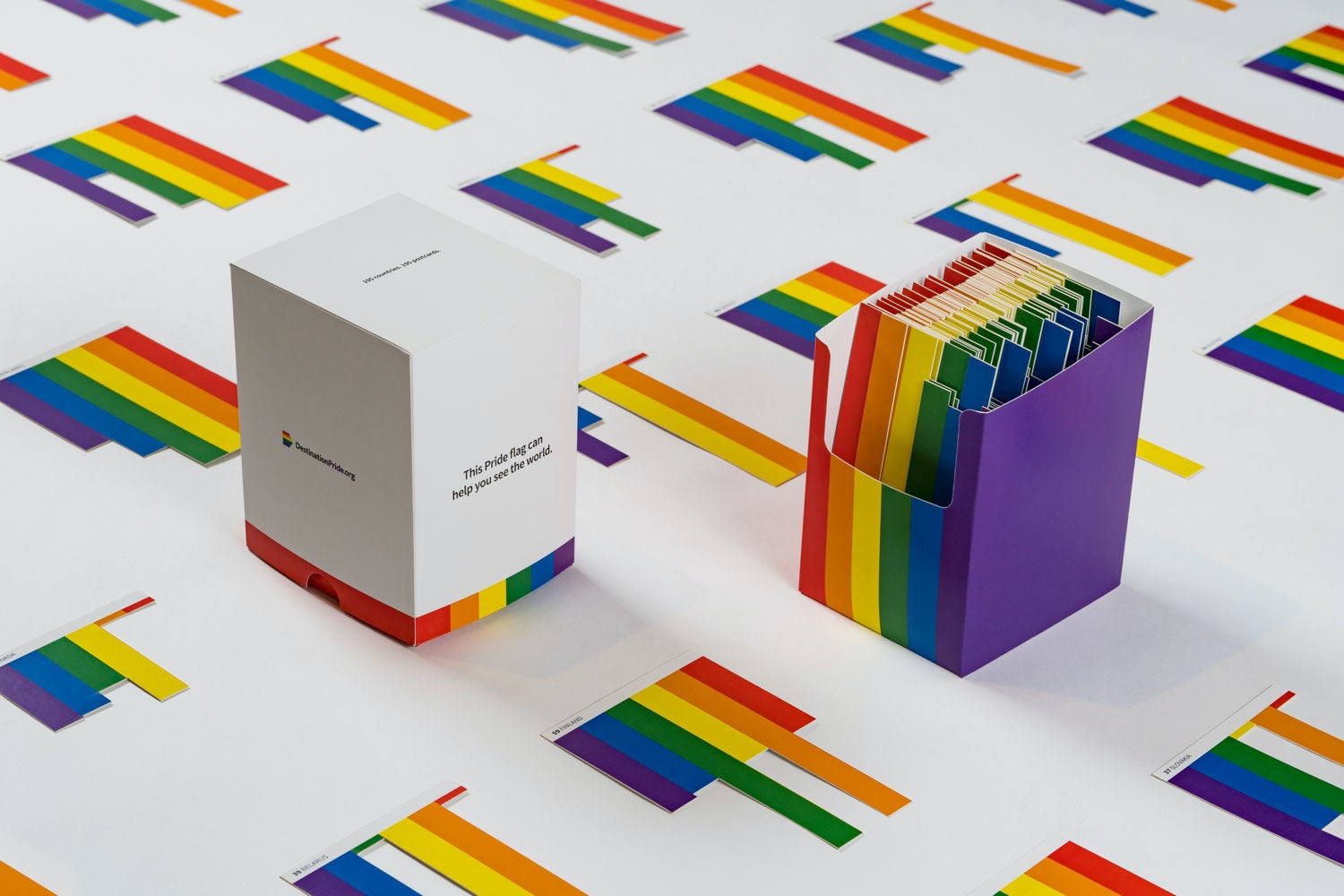 The platform starts by aggregating global data from three sources: the LGBT knowledge base Equaldex, the online encyclopedia Wikipedia and the social analytics tool Netbase. It will continue to be updated regularly. Pflag Canada is also running a series of ads featuring the flags on Facebook in some of the highest and lowest scoring cities.