Founded by Charles, Prince of Wales in 1976, The Prince’s Trust is dedicated to facilitating education, training and work for young people, many of whom are in or leaving care, have come up against the law, or are facing homelessness, mental health conditions or other often life-changing issues. The charity works with people between the ages of 11 and 30, guiding them through challenges at various stages of their lives, from support with difficulties at school to unemployment.

Although the charity’s previous branding was clean and simple to follow, it resembled the tired, unengaging aesthetic seen across public educational programmes. The old identity also placed the spotlight on its logo, the three ostrich feathers emerging from a coronet, which despite being the heraldic badge for the Prince of Wales, is arguably more closely associated with the Welsh Rugby Union.

The new branding led by design studio SomeOne instead minimises the logo in favour of a rich colour palette, enlarged typography and graphic patterns, making for a visual identity that seems far more appropriate to its young target audience. Overall, the studio developed a refreshed visual toolkit, language and strategy, drawing on findings gathered from consulting young people who had come into contact with the charity.

The identity is designed to channel ideas of progression and growth, based on the charity’s motto, Start Something. To do this, SomeOne opted for chevrons as the predominant graphic, which evolved from the striped effect applied to the feathers seen on the logo. The updated visual identity is designed not only to engage people using its services to progress their own lives, but also help the charity itself achieve growth through funding and attracting volunteers. 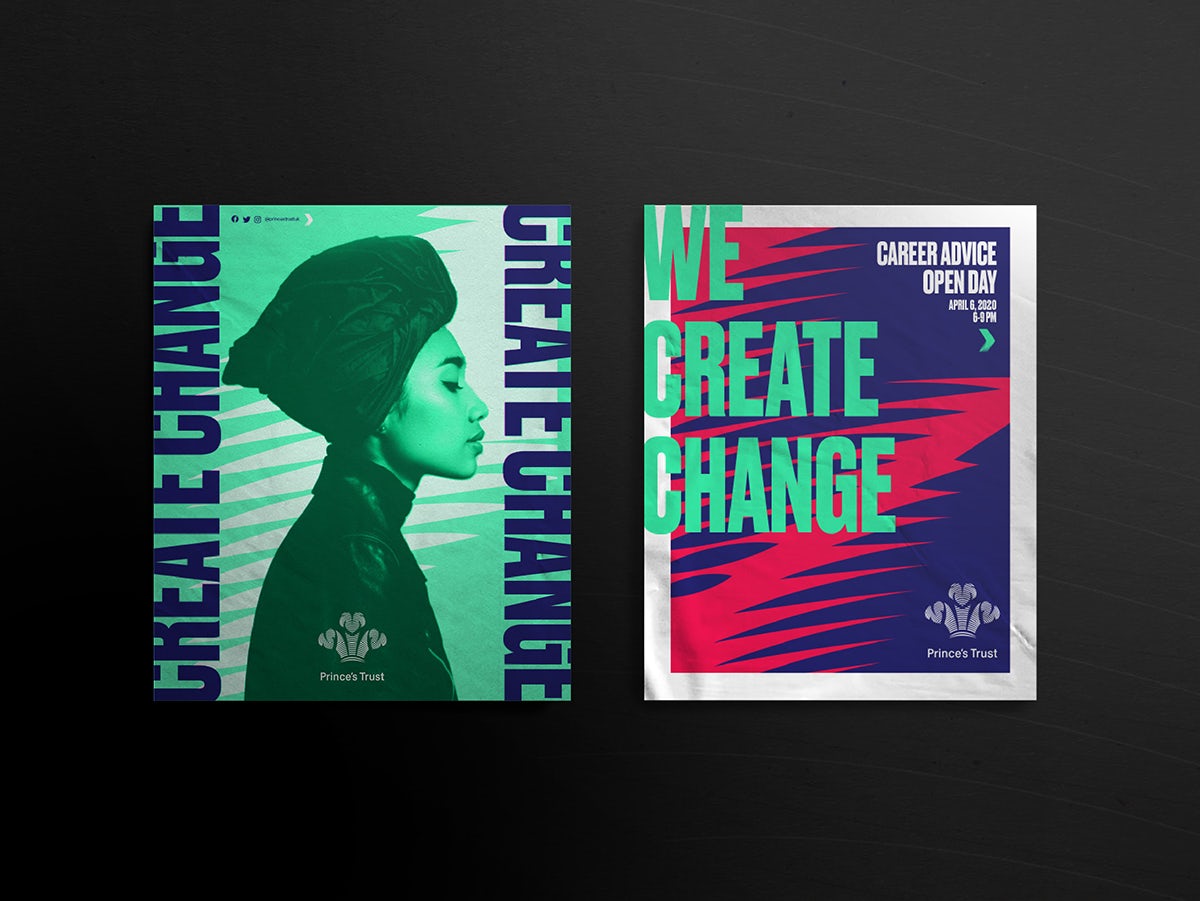 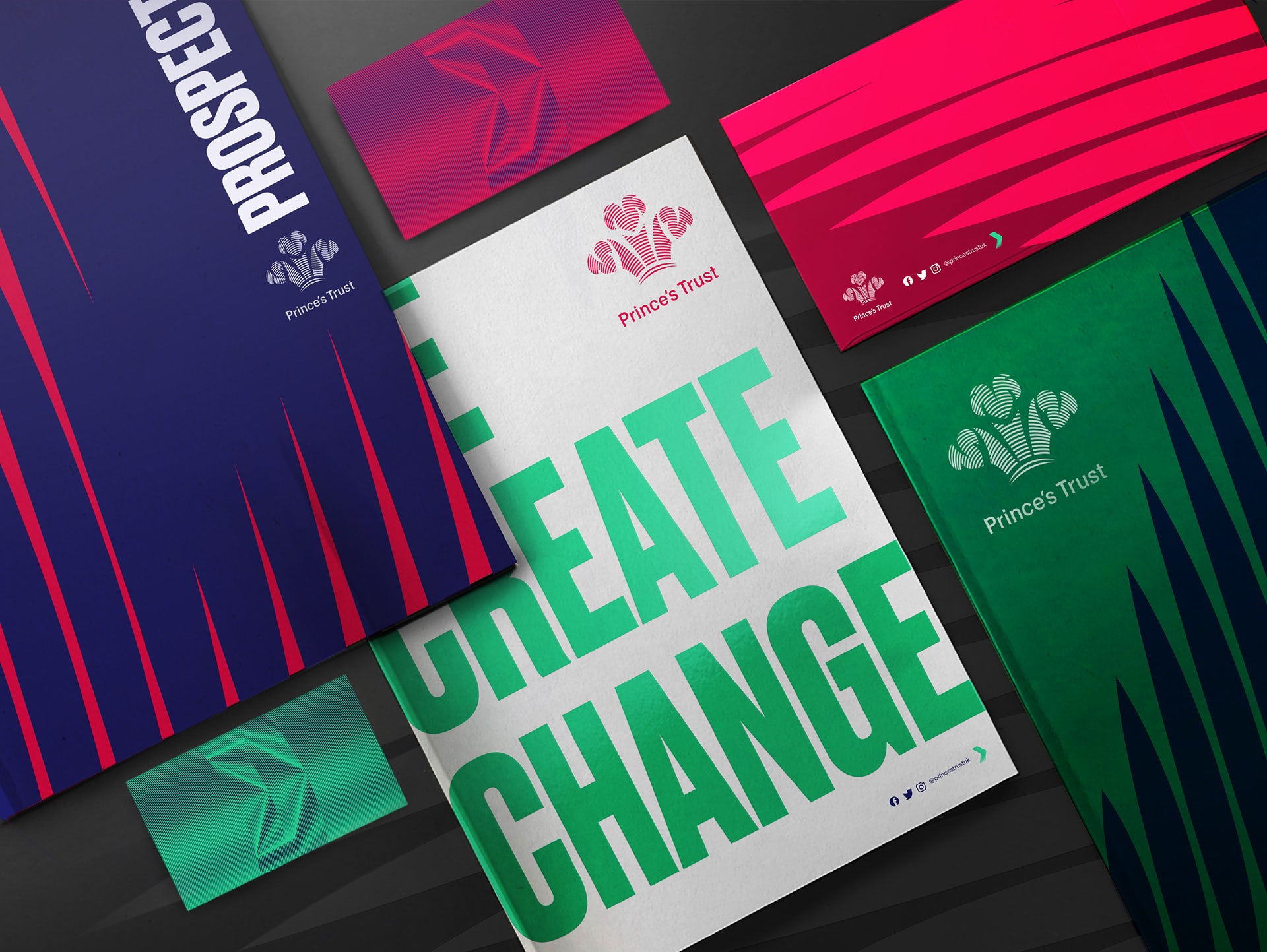 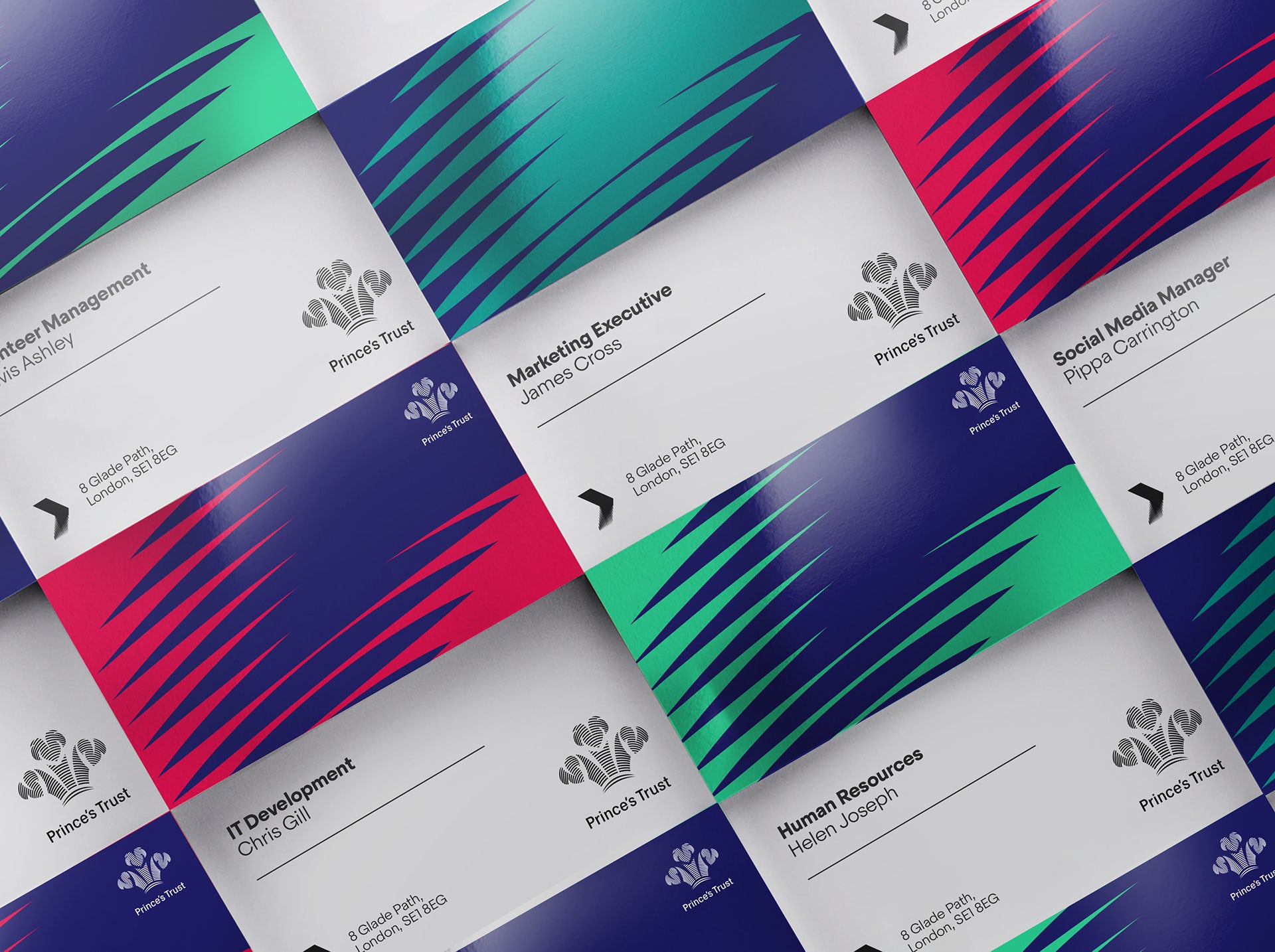 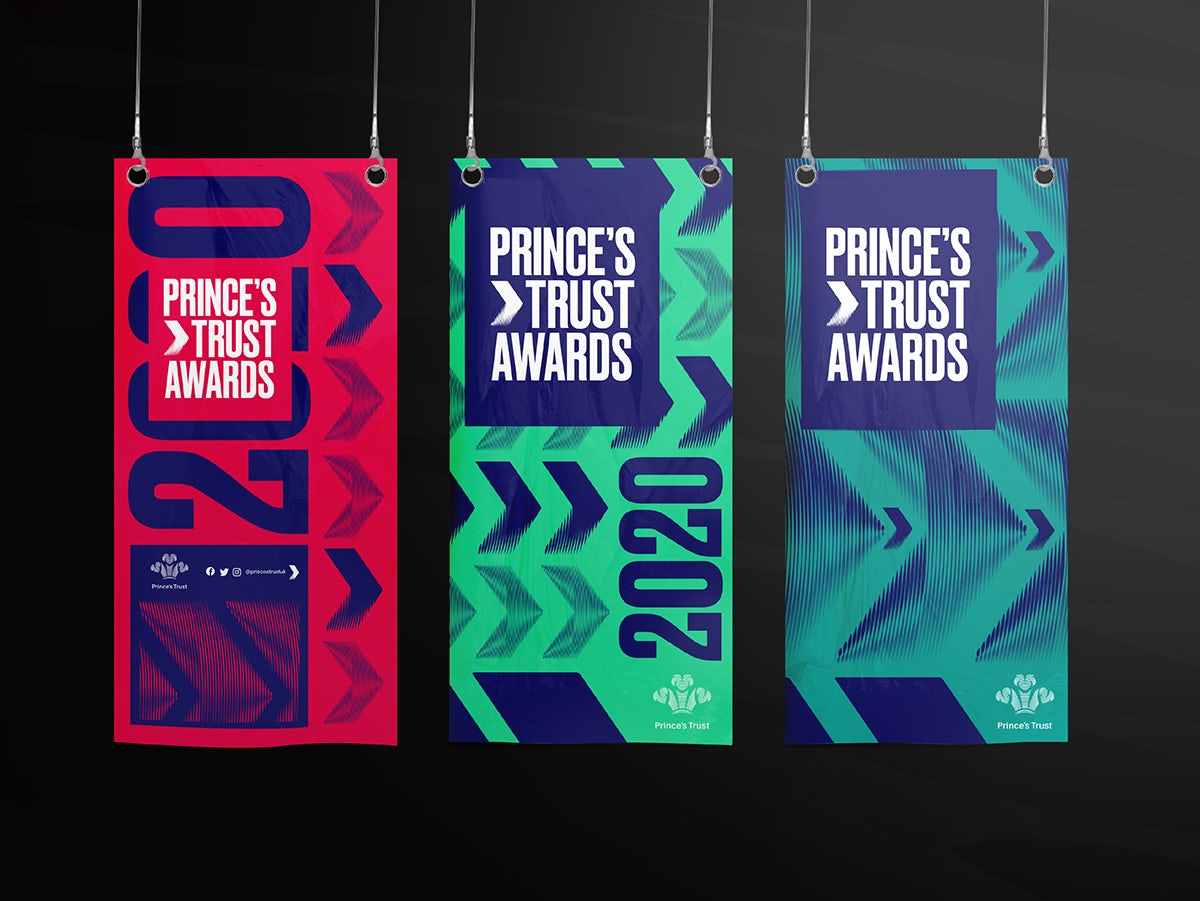 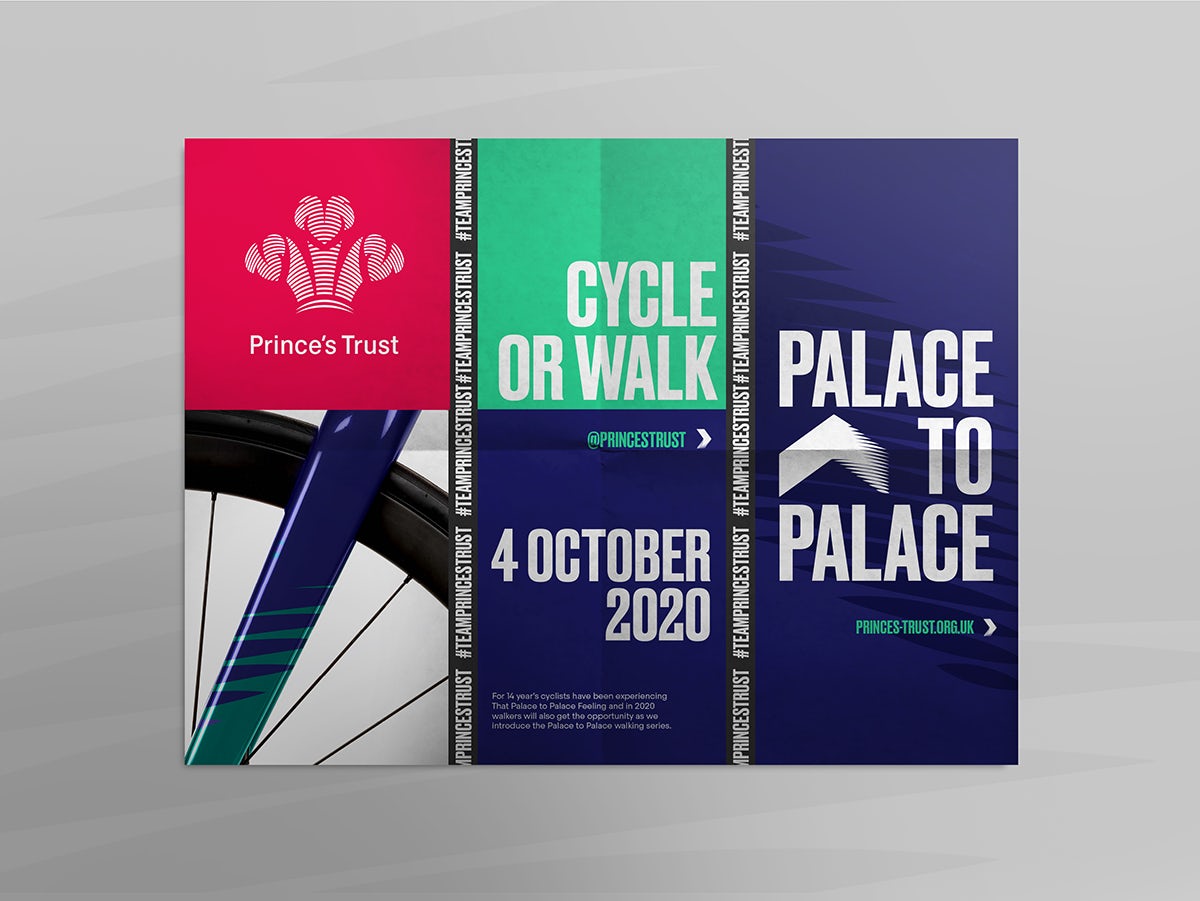 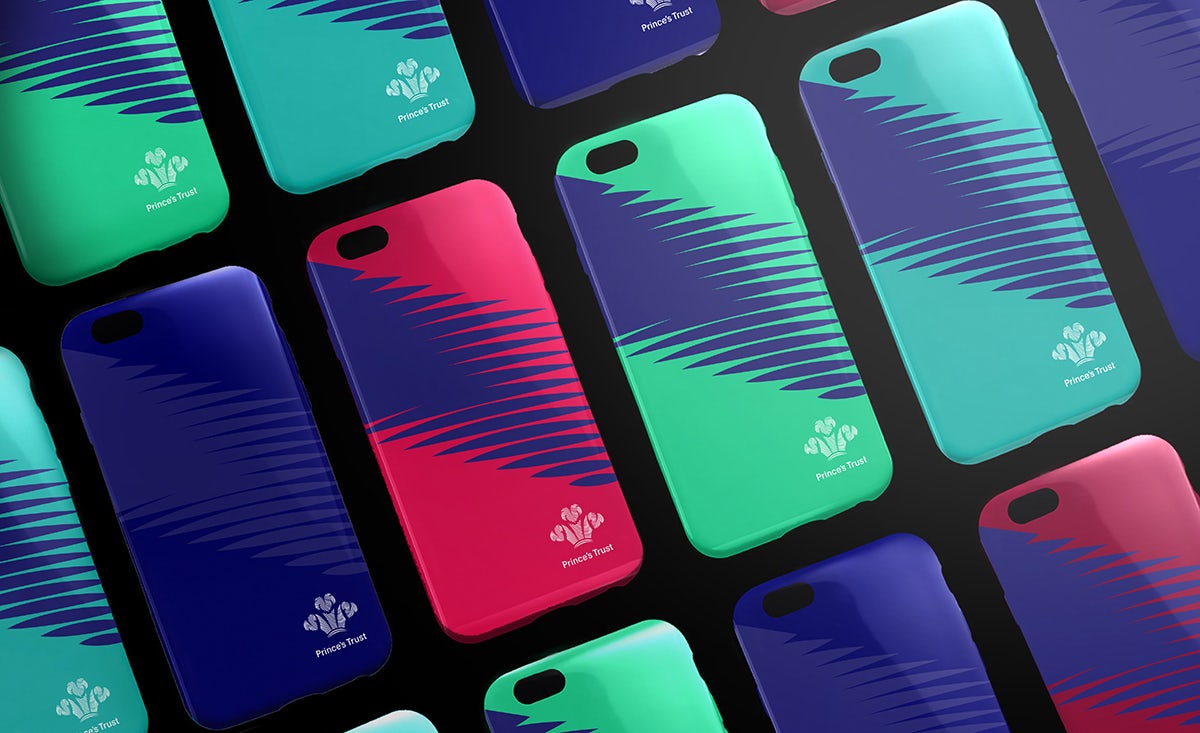 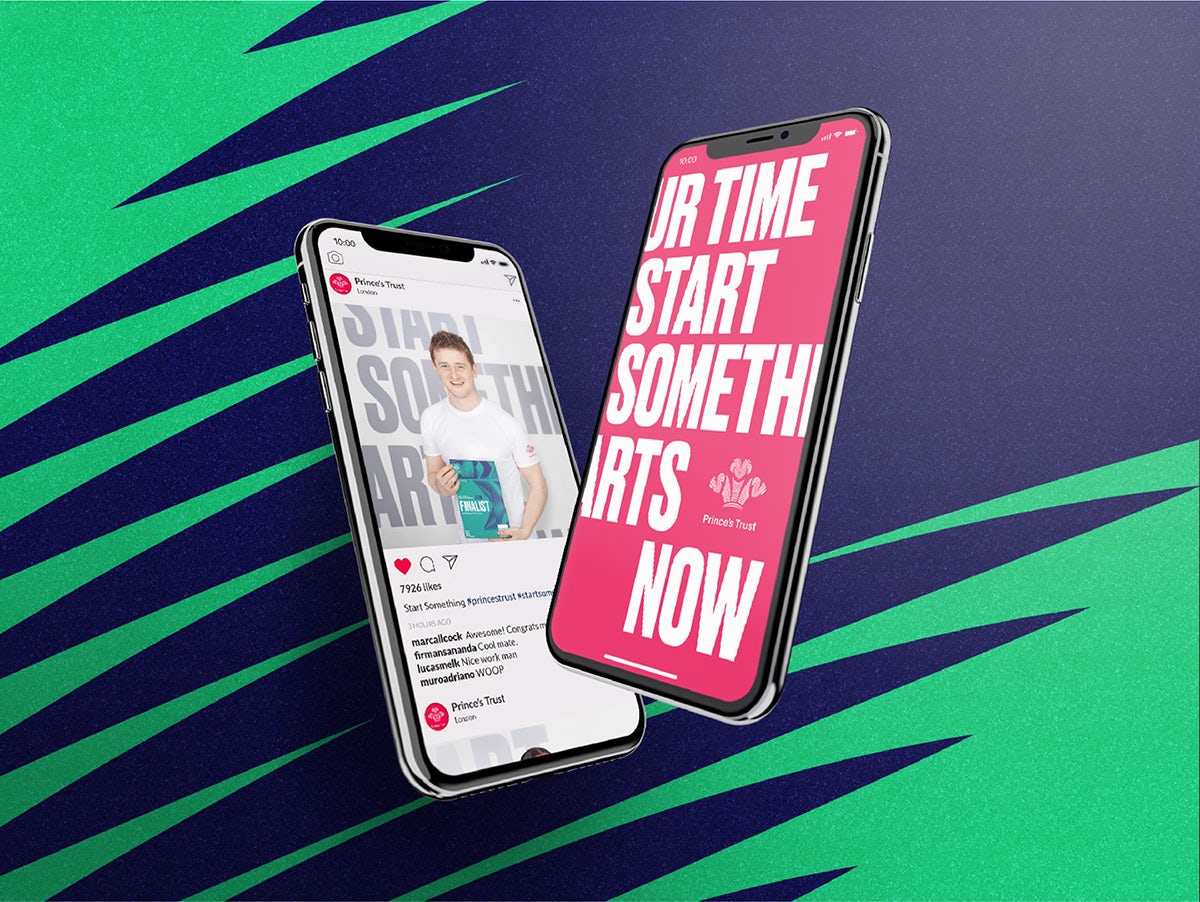 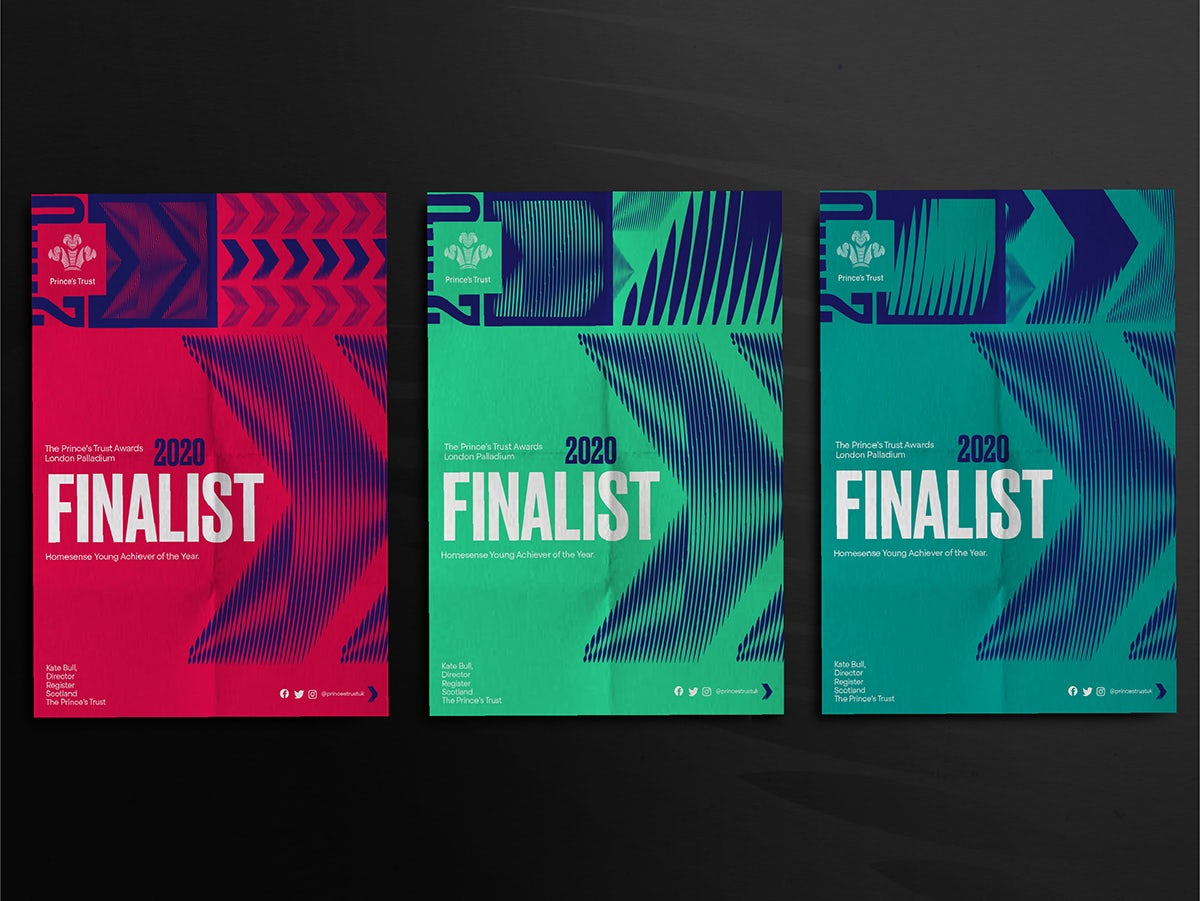