While the summer has made it’s sticky presence very well known, Printworks London is looking ahead to the cooler months in the form of its Autumn/Winter season, and has unveiled a new design campaign that combines animated, 3D typography with augmented reality (AR).

Created by London-based design studio and type foundry OMSE, the campaign teases Printworks’ upcoming season of music and cultural events. Each design is inspired by print press rollers, which form the core of Printworks’ existing identity, but have been brought to life in revolving, black and white animations.

The moving imagery can be accessed through the Printworks’ custom-built app, which allows people to experience the campaign using their phone and superimposes the bold designs onto the real world.

This is OMSE’s second AR project, the first of which was the typography exhibition, Agenda 2020, which won a Best in Book prize in the 2019 Creative Review Awards and explored what could be done with technology. 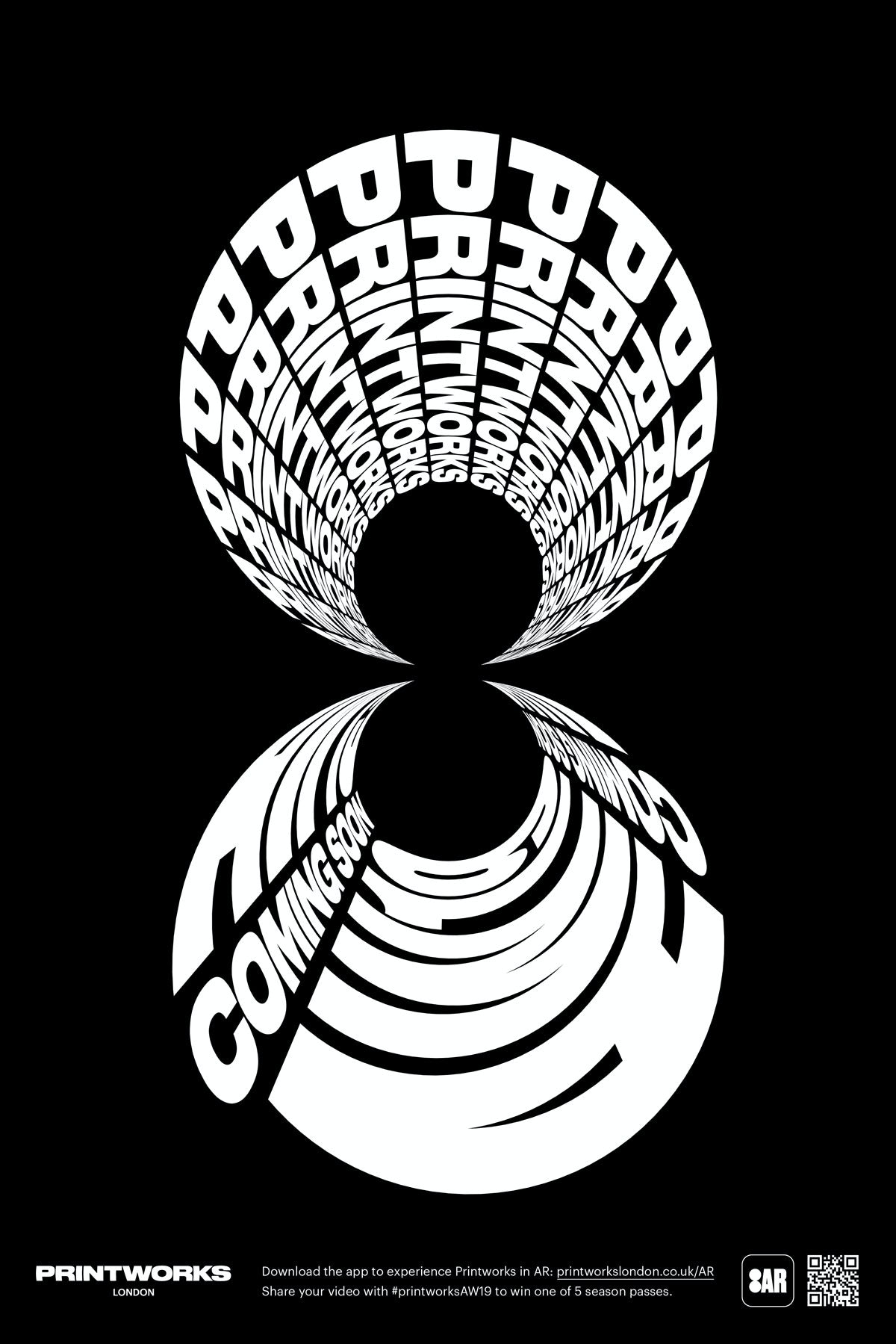 OMSE Director, Briton Smith said: “We’re excited to have worked with Printworks to create one of the first examples of how AR can be combined with traditional media to provide new and engaging experiences. The campaign builds on the printing press concept behind the Printworks identity taking it into a new world of 3D AR typography.”

Billboards with the bold designs will appear across London this week, and in Leeds, Brighton and Bristol over the coming weeks. A full gallery of the designs are set to be online soon. 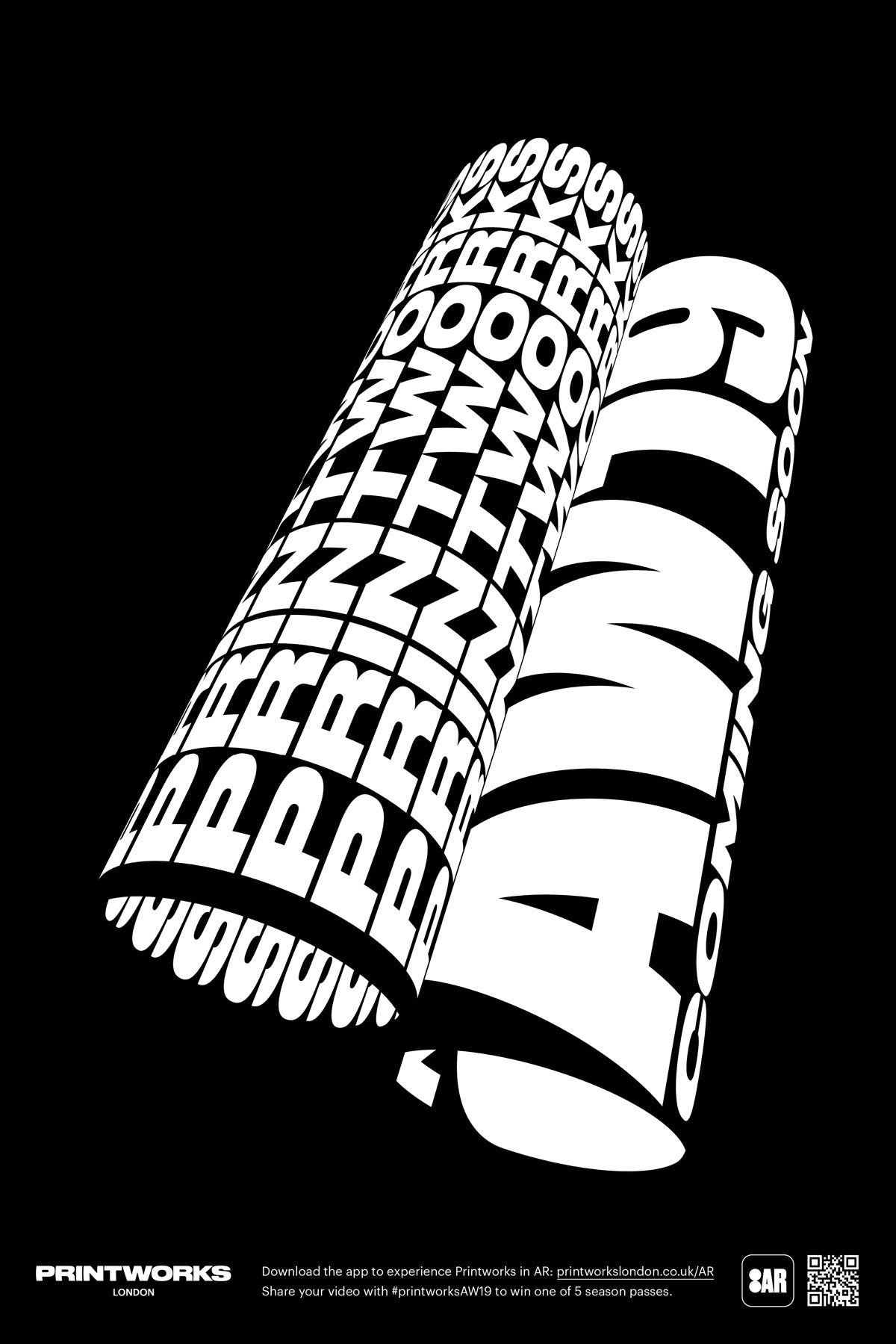 The campaign also sees Printworks offering the chance to win a AW19 season pass. All you have to do is post a video clip of yourself interacting with the AR designs via the app to social media using the hashtag #PrintworksAW19.

To download the app and get a slice of AR in your living room, visit printworkslondon.co.uk on your phone browser