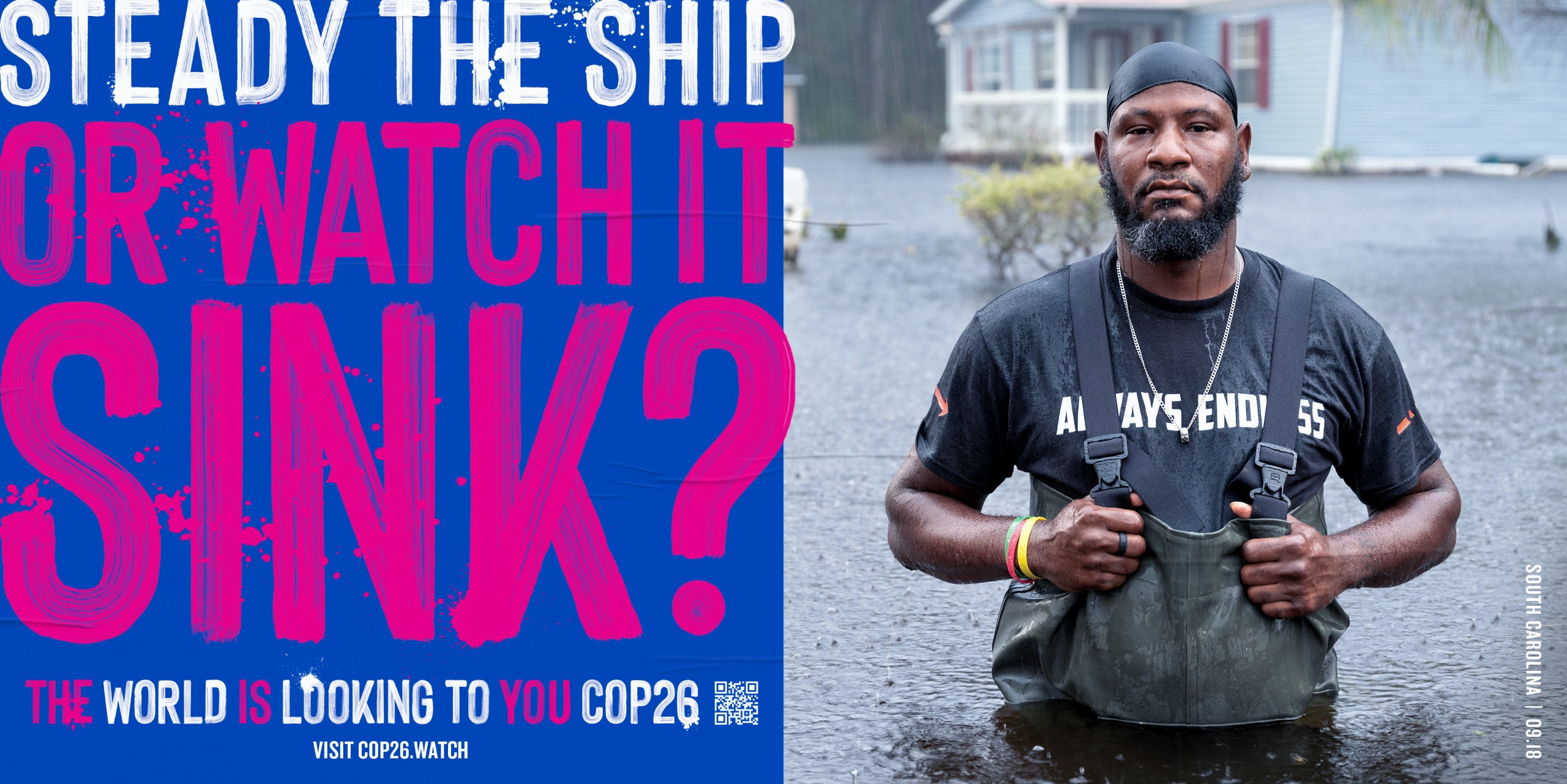 Frustrated by the lack of action on the climate crisis from previous COPs, and keen to ensure COP26 in Glasgow resulted in real commitments, Quadrature Climate Foundation (QCF) worked with Iris London to create a campaign that would directly target global leaders and delegates to the conference via outdoor media spaces at major airports and train stations (and also booked spaces that might have been used by corporations looking to display ‘greenwashing advertising’ during the event).

The resulting campaign features real people on the frontline of the climate crisis who have experienced the devastating effects of climate change. The commissioned images showing climate-induced incidents – from floods and fires, to droughts and famines – were all taken by acclaimed war photographers in the affected regions.

In some instances, the original artwork created was deemed to be too political and too threatening to run. The team then pivoted the creative to pass the criteria at specific sites, so the spaces wouldn’t be resold to corporate entities. For this, the images were cropped into the faces of the subjects and the team used QR codes that led viewers to immersive 360 panoramas, videos and eyewitness accounts. The censorship of the campaign was covered on Channel 4 News, which led to wider awareness of the campaign. 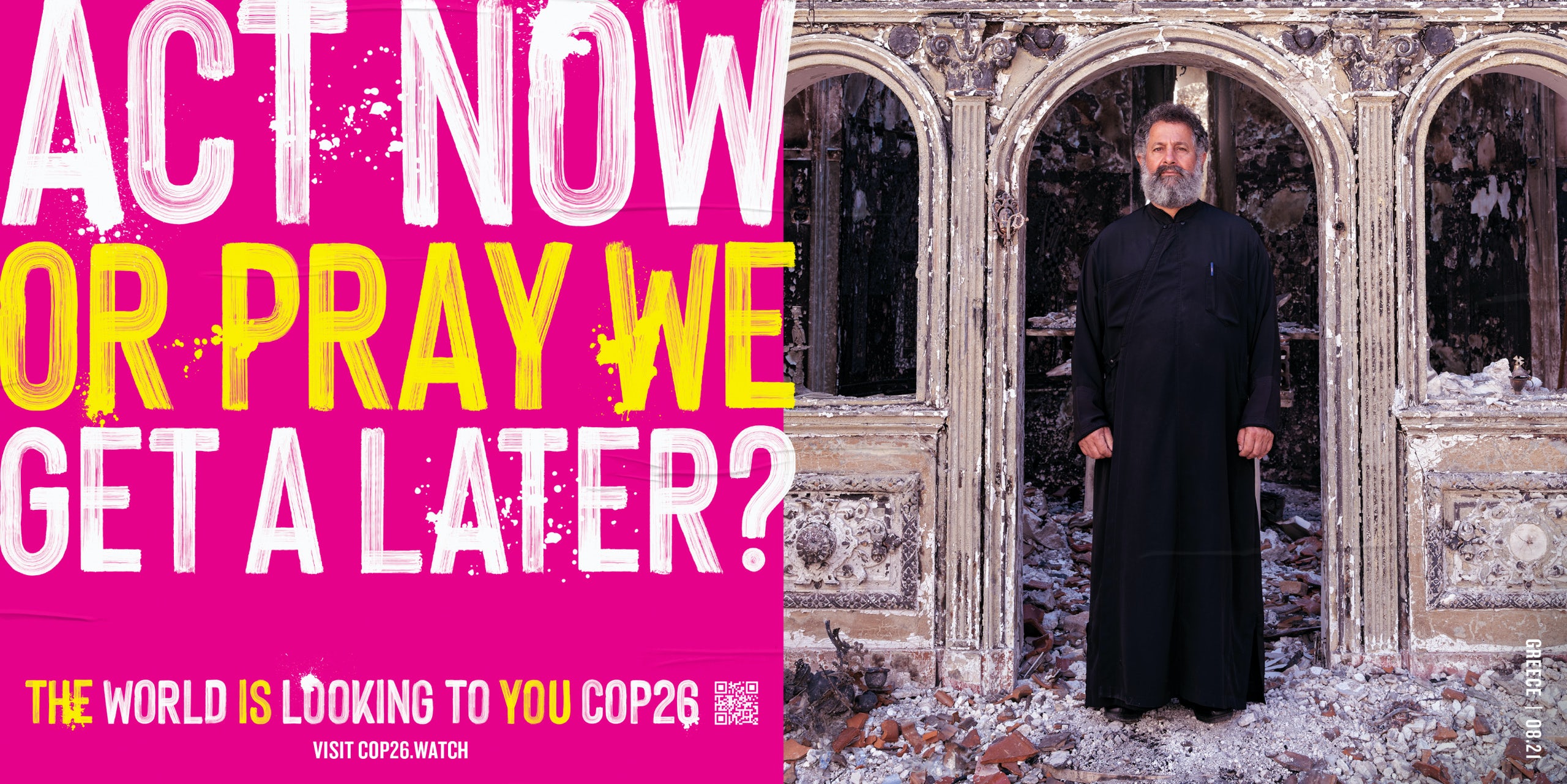 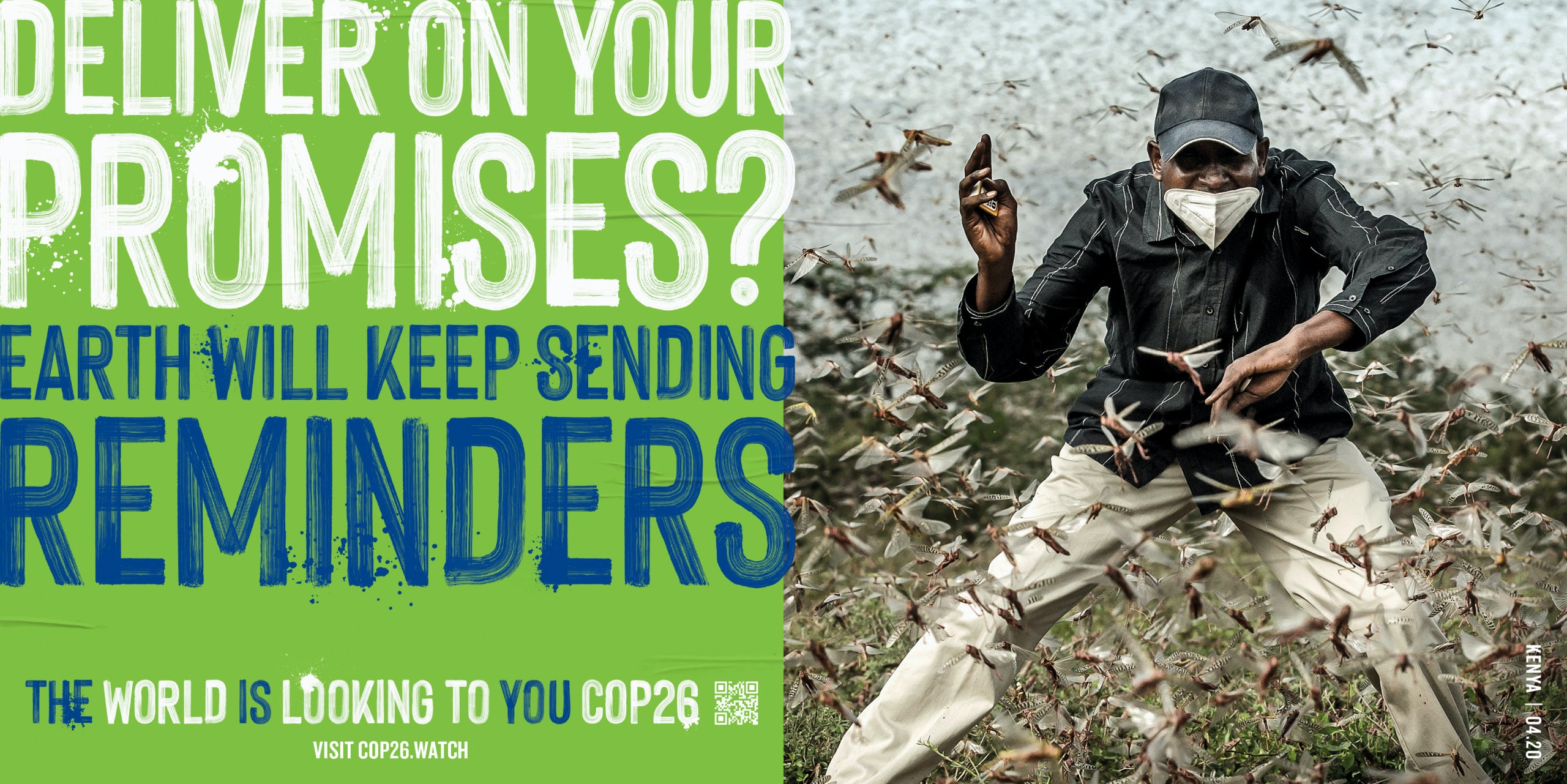