The artwork for Radiohead’s fifth studio album Amnesiac, released 20 years ago this summer, was derived from the idea of a maze, and the band’s new interactive experience harking back to the album is appropriately labyrinthine too.

The expansive digital exhibition is tied to Radiohead’s recent release Kid A Mnesia, a joint reissue of Amnesiac and 2000’s Kid A. The project, created with Epic Games, is the incarnation of the atmospheric worlds created by Radiohead, and is naturally soundtracked by their songs from the release. The outcome is a “mutant re-engineering of Kid A and Amnesiac”, according to a blog post by frontman Thom Yorke and the band’s de facto artist-in-residence, Stanley Donwood, who together co-conceived the project with Radiohead’s long-time producer Nigel Godrich.

As for visuals, they had one guiding principle: “no new work”. Past source material was plentiful, which should come as no surprise for online visitors to the Radiohead Public Library. As a result there are ample relics from the band’s vast catalogue of artworks and recognisable motifs that fill the environments, including a spiky mountaineous space built from the original Kid A album cover.

Steered by the creative direction of Sean Evans, aesthetics and materials are freely collaged and spliced together throughout the experience. Paintings and sketches sit alongside the kind of CG environments and detailing seen in games, helped along no doubt by the fact the experience was built in part using Epic Games’ Unreal Engine. 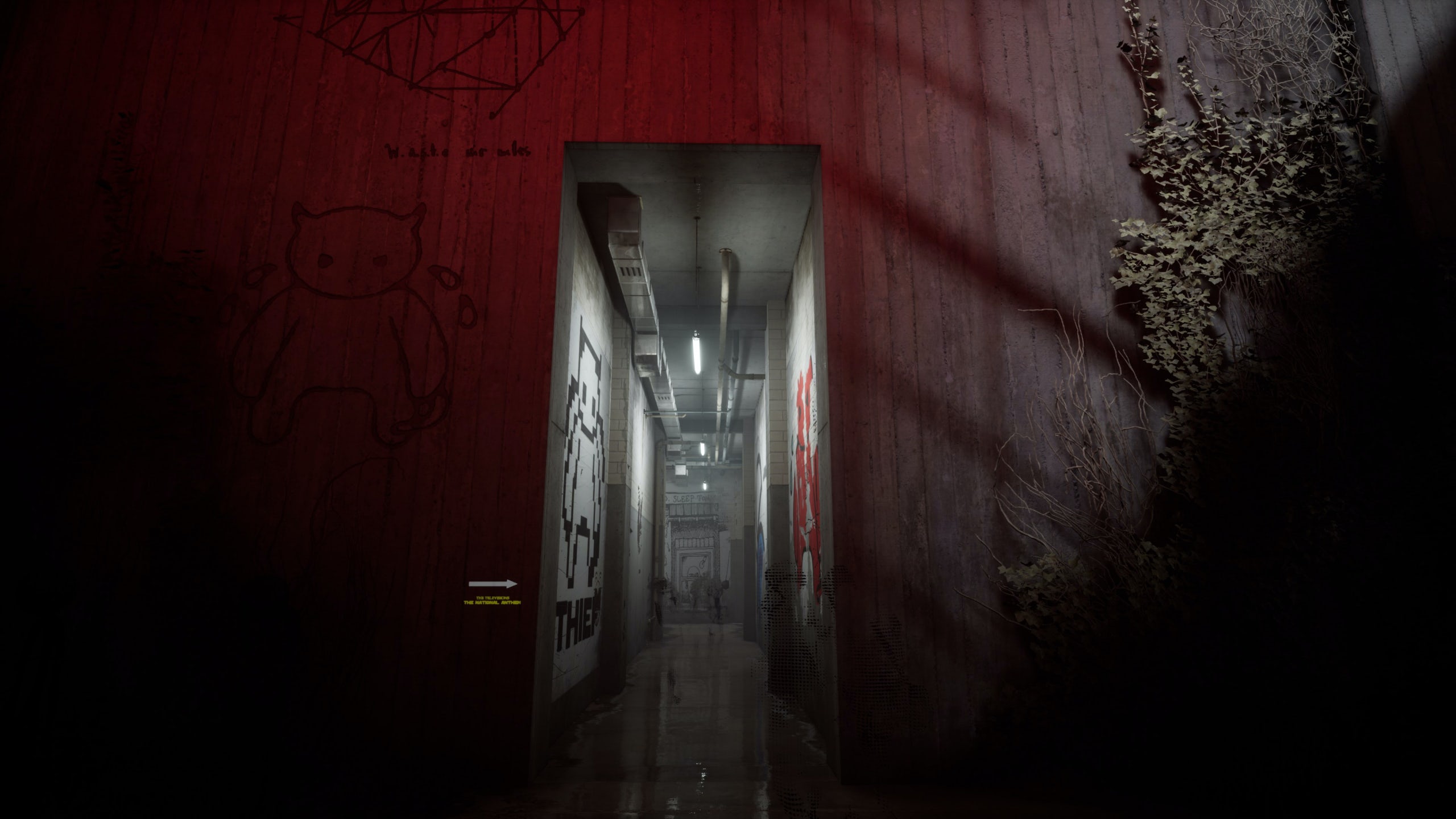 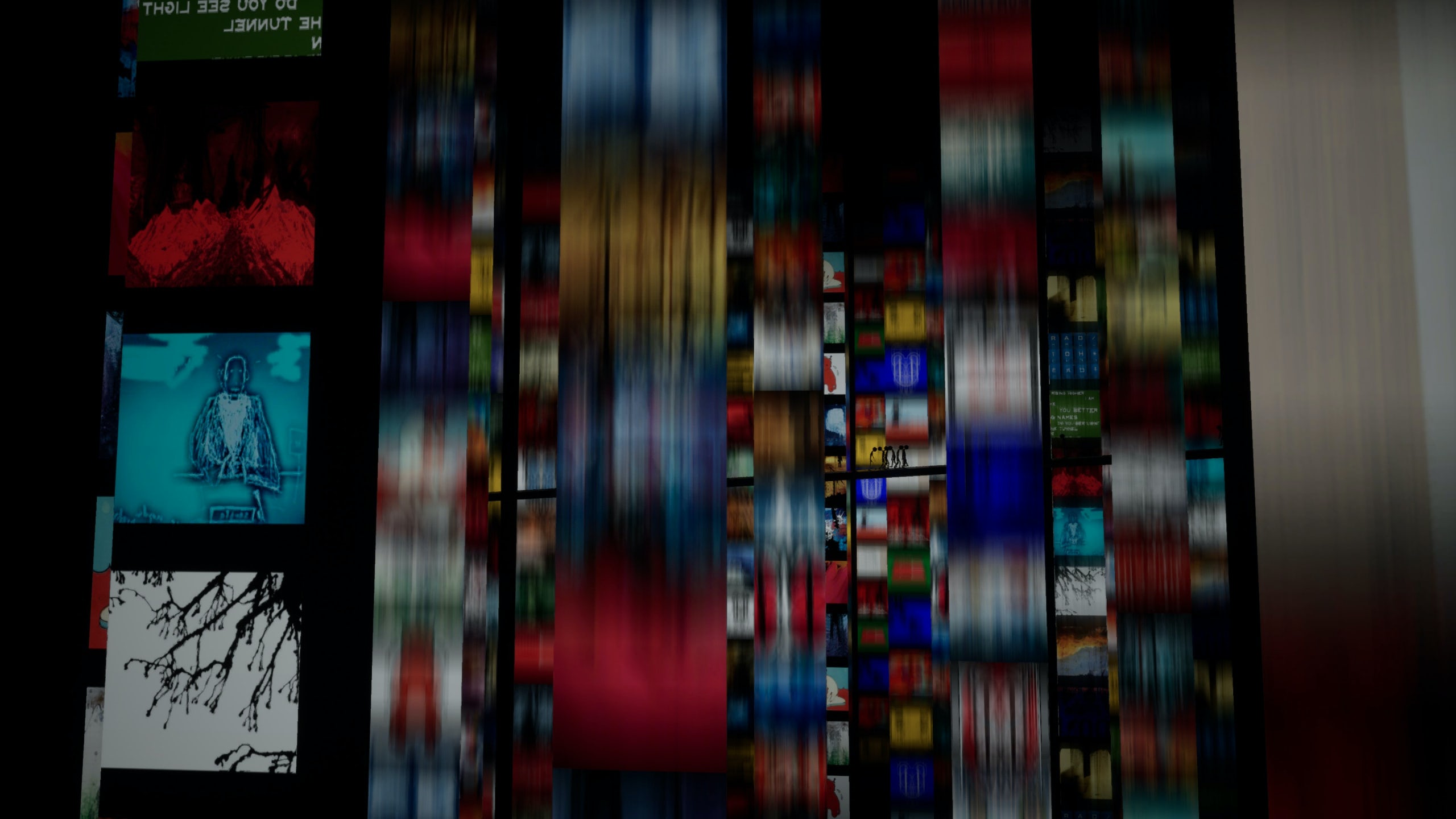 The overall universe they have created feels part underworld, part underground rave. It’s populated by eerie creatures, including spectral beings, tiptoeing devils, and roving figures that seem to blend a Bendy Man toy with the toothy grin of the Radiohead logo. There’s also Donwood’s weeping minotaur, a feature of the original Amnesiac artwork and now one of the band’s key emblems.

There are blissful moments of euphoria too. In one section, particles seem to hang as though mid-explosion, but they line up to reveal an artwork when the viewer is in a certain position. Whether in a game environment or not, it feels like witnessing some kind of natural phenomenon. Other striking moments include the columns of artworks arranged like the band’s Public Library but animated like Kubrick’s stargate sequence, and a room filled with sheets of paper that take on a life of their own. 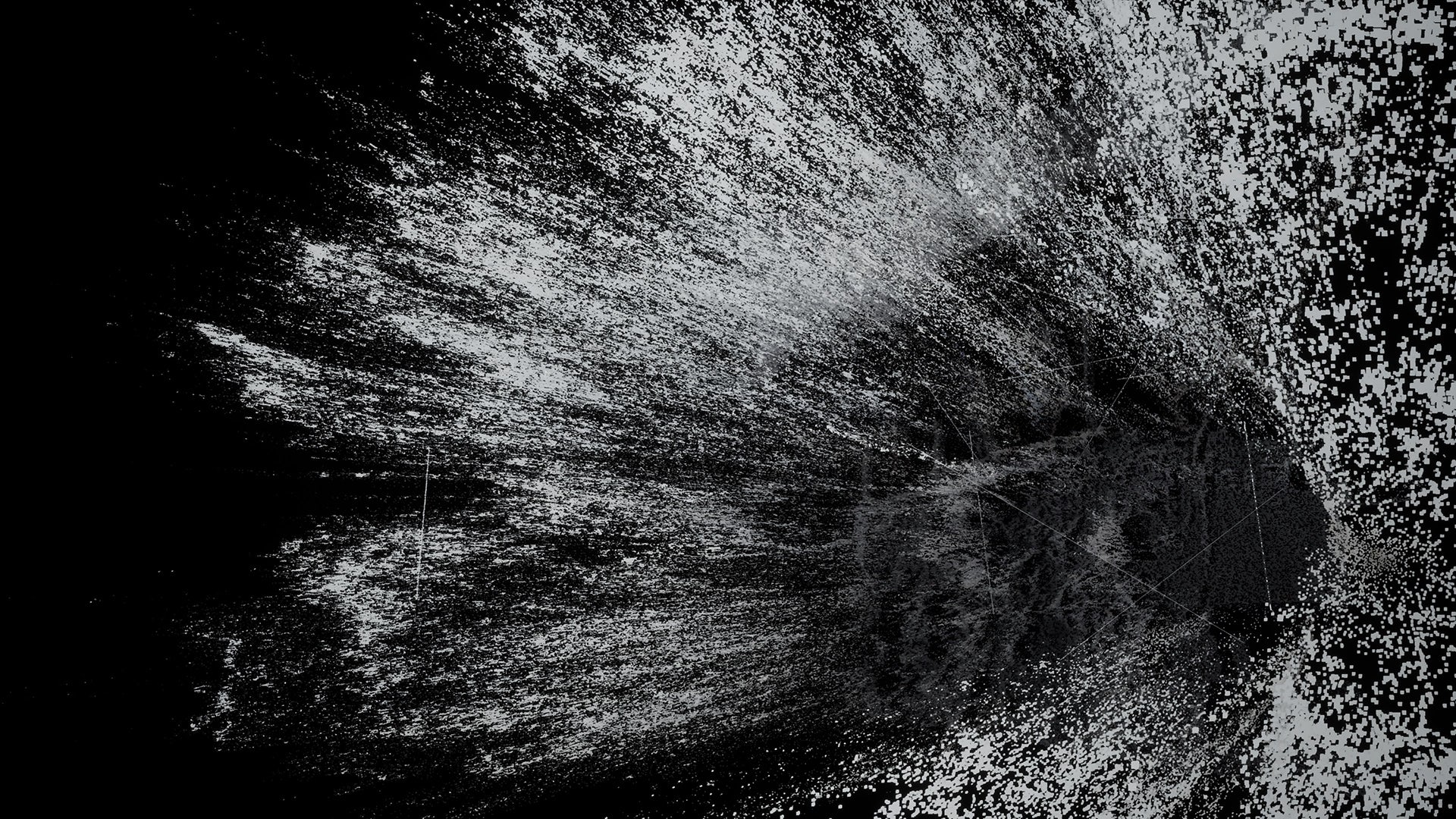 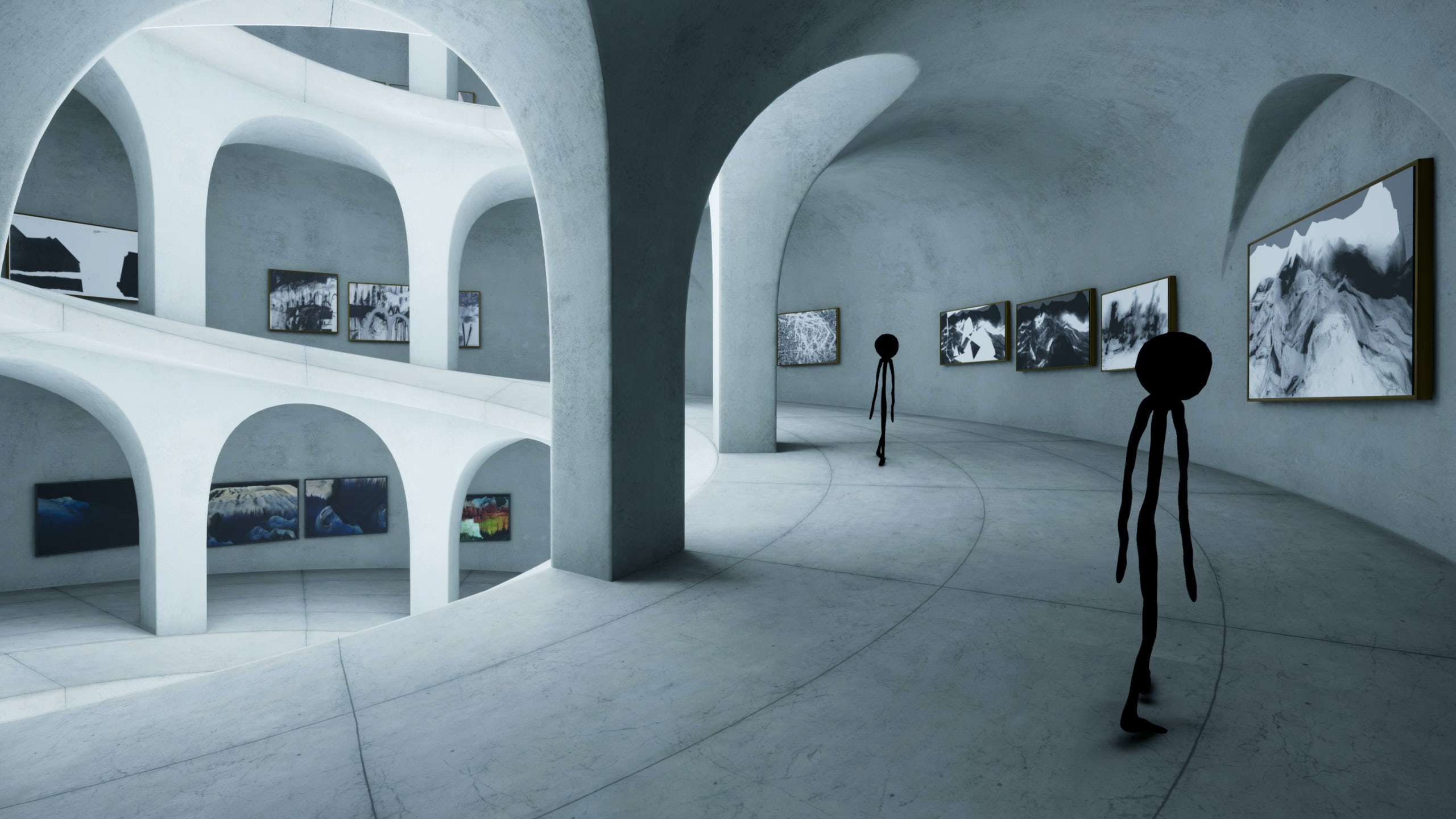 The pandemic was, of course, a significant factor in the project, which was a two-year endeavour marked by repeated hurdles. The exhibition was originally conceived as a physical event in London, set in a “huge red construction made by welding shipping containers together” like a “brutalist spacecraft had crash-landed” into classic architecture, according to Yorke and Donwood. The structure could then tour around the world. The V&A was envisioned as the site, and then it was switched to the Royal Albert Hall, but with architectural limitations and council restrictions respectively, and the inescapable havoc soon caused by the pandemic, the band instead channelled their efforts into an all-singing, all-dancing digital experience instead.

“Our dream was dead. Until we realised … it would be way better if it didn’t actually exist,” they said. “Because then it didn’t have to conform to any normal rules of an exhibition. Or reality. Much better.” 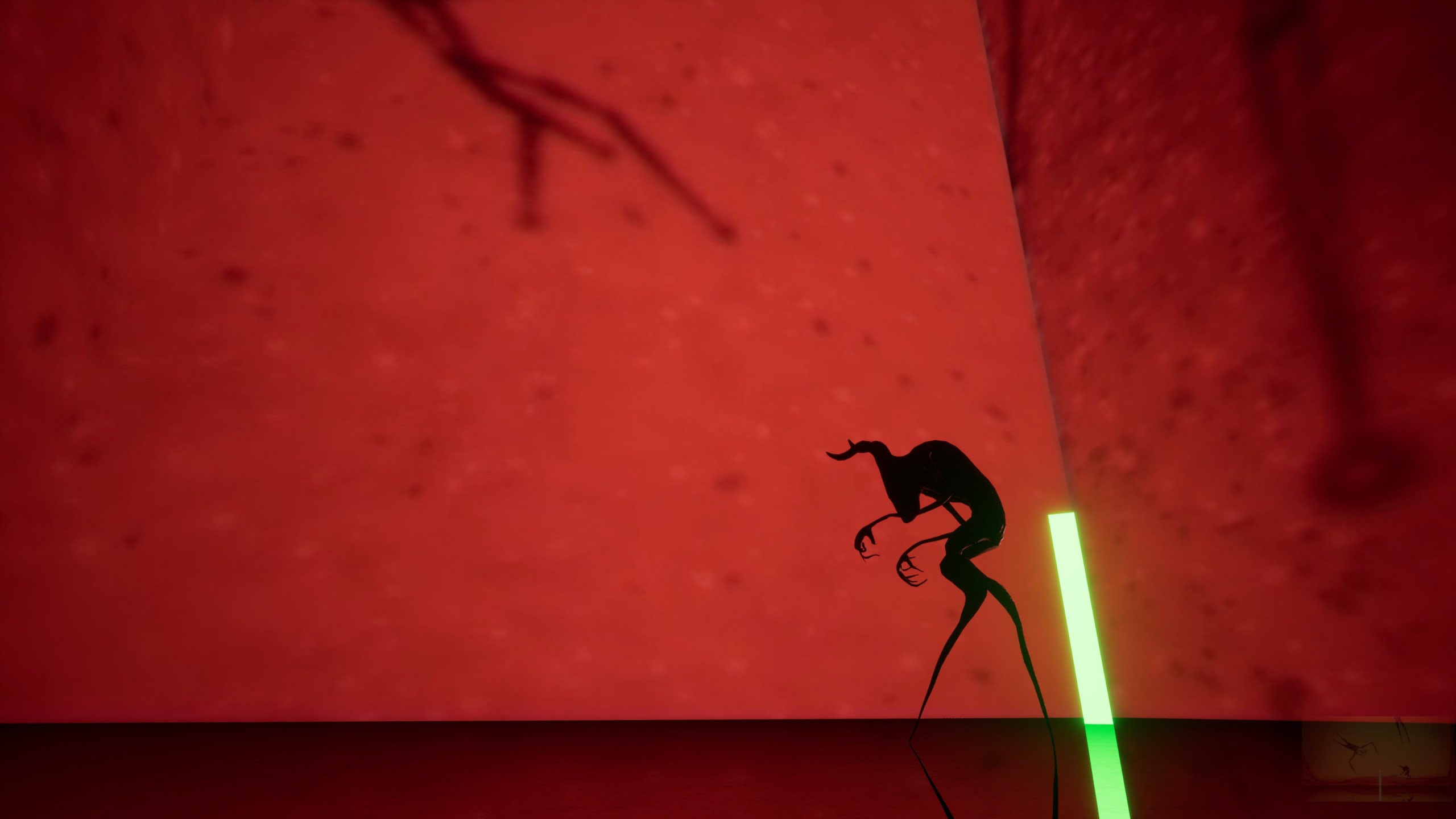 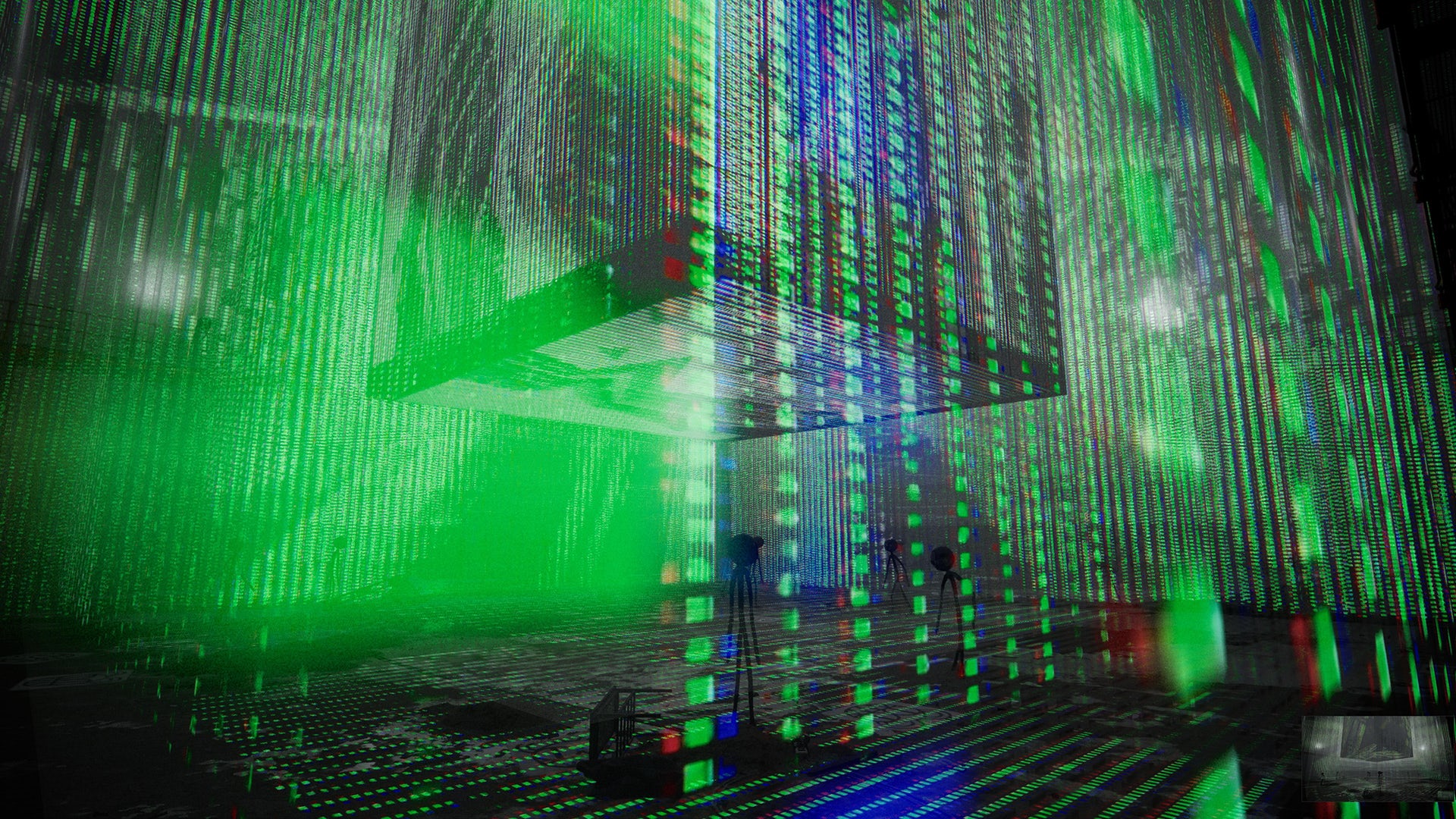 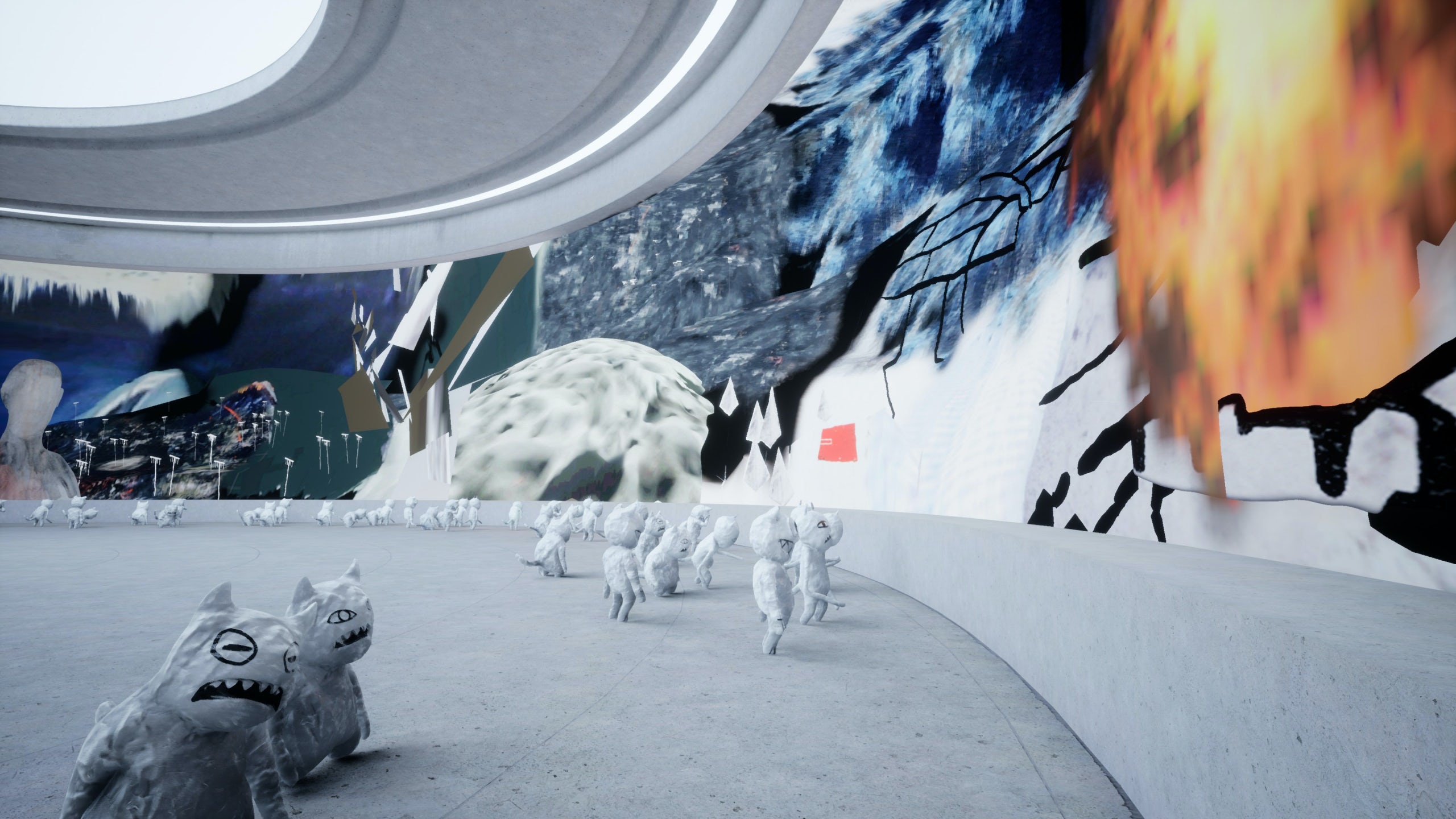 The Kid A Mnesia exhibition is available on PC, Mac and PS5; kida-mnesia.com