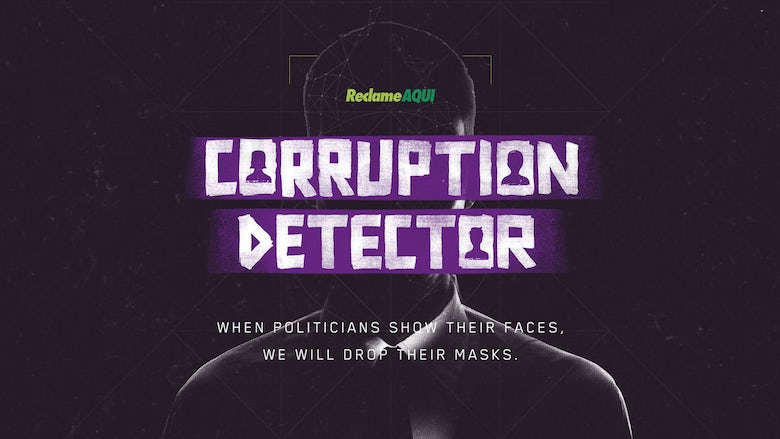 Since 2014, Brazil has been embroiled in one of the biggest corruption scandals of the past decade. It began with an investigation called Operation Car Wash that looked into whether executives at state-owned oil company Petrobras had accepted bribes from construction firms, but has since grown to include more than 80 politicians and prominent business people.

Even those in the highest echelons of politics have failed to remain untainted by the scandal, including former president Luiz Inacio Lula da Silva who has been sentenced to 12 years in prison.

Ahead of the Brazilian elections taking place later this year, review site ReclameAQUI has released Corruption Detector, an app that uses facial recognition to flag up politicians that have been involved in the country’s ongoing corruption crisis. Developed by Grey Brasil, the app hopes to improve transparency in the murky world of politics during this new era of fake news.

Corruption Detector works by using Microsoft’s facial recognition technology to identify photos of any politicians who have held elected positions over the last eight years. Users can photograph politicians anywhere using the app, including on billboards, in newspapers or on TV programmes, and it will bring up verified information about whether they have been implicated in any scandals.

The app consolidates ReclameAQUI’s existing work in this arena, including its non-partisan Colour of Corruption online tool that flags up politicians with pending lawsuits. Regularly monitored by a group of students at Brazilian university PUC-PR, the browser plugin works by highlighting in purple the names of any politicians that are under investigation.

ReclameACQUI president Maurício Vargas, says: “In times of fake news, only access to quality information can change the future of the country. The Brazilian has more than one application to discover corrupt politicians, but a transformation tool in their hands ”