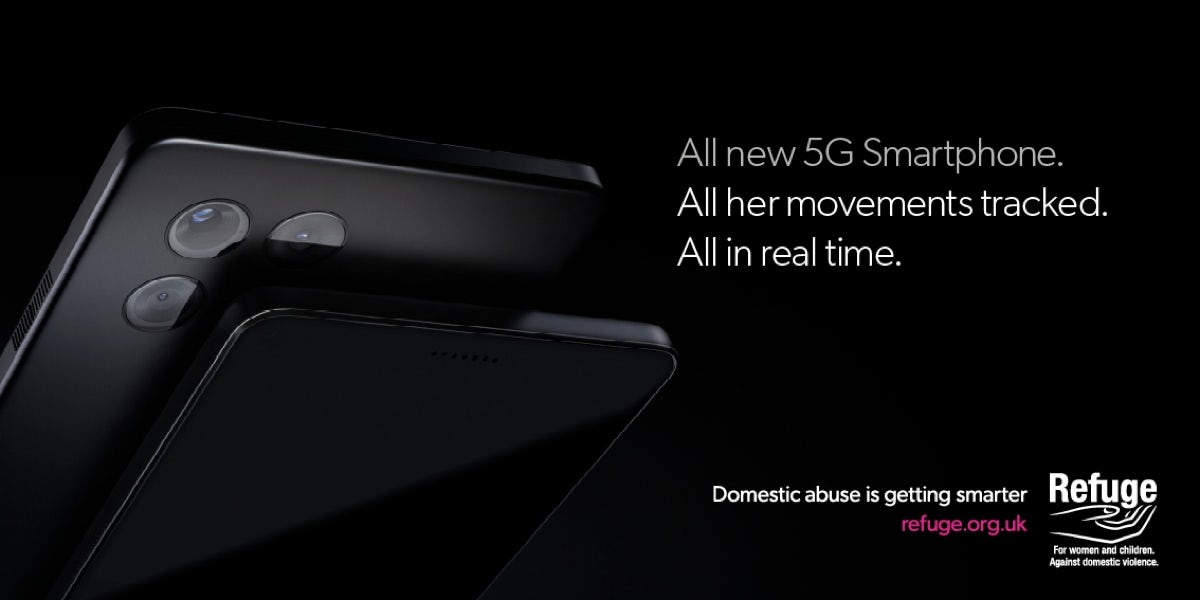 Refuge opened the world’s first safe house for women and children fleeing domestic violence in Chiswick, London, in 1971, but now offers a range of services that go far beyond providing emergency accommodation. These include community outreach and a 24-hour helpline, as well as a tech safety site which offers guidance on tech abuse, and how to secure devices. As it marks its 50th anniversary this year, the organisation saw a 97% rise in complex tech abuse cases between April 2020 and May 2021.

It addresses this topic in the new campaign, which begins with sleek graphics and a voiceover listing the phone’s many features before giving way to something much more sinister, as the voice details how each feature can be misused. Maps aren’t just for keeping up to date on local traffic, they become a tool for tracking someone’s movements, while extra storage space means more room for saving videos that can later be used to manipulate.

The 40-second film will appear on TV, in cinema and on social media, and is supported by a series of posters which similarly resemble smartphone ads, but with an emphasis on how they can be used to control and coerce.

“It’s chilling how much control an abuser can take of their partner’s life without anyone suspecting a thing, and when you think of how much we rely on our devices these days, it makes you realise it can be almost impossible to escape,” says Kimberley Gill, creative director and partner at BBH London, which worked on the campaign together with Dan Tobin Smith’s studio Optical Arts.

“So while we would have loved to send out a celebratory message about Refuge’s achievements on their 50th anniversary, the fact is there is still so much work to do, and they can’t do it unless we support them.”