It goes without saying that where you grew up – the colours, people, architecture, sounds, smells of a place – play a huge role in who you become as a person. But what about the family roots that are in your blood, and perhaps in tiny snippets of childhood memories, but not your upbringing? How far can they impact who you are as an individual, and the sort of work you make as a creative?

Photographer and director Renell Medrano was born and raised in the Bronx, New York – a place she’s spoken about fondly. “Growing up, I was always sitting in a salon with a few other females, Black, Hispanic, and we were always getting our hair done – that was like our sanctuary, that was like our safe space. It was a community,” she told Time magazine last year.

But for all her love of that community, Medrano has also long been fascinated by her family’s heritage and her roots as a Dominican-American. In order to pay homage to this heritage, turn the lens on rarely documented communities and provide a celebratory photographic love letter to her parents, Medrano decided to take a trip to the Dominican Republic. It was a journey that proved at once physical, spiritual and revelatory in terms of explaining aspects of her creative process. 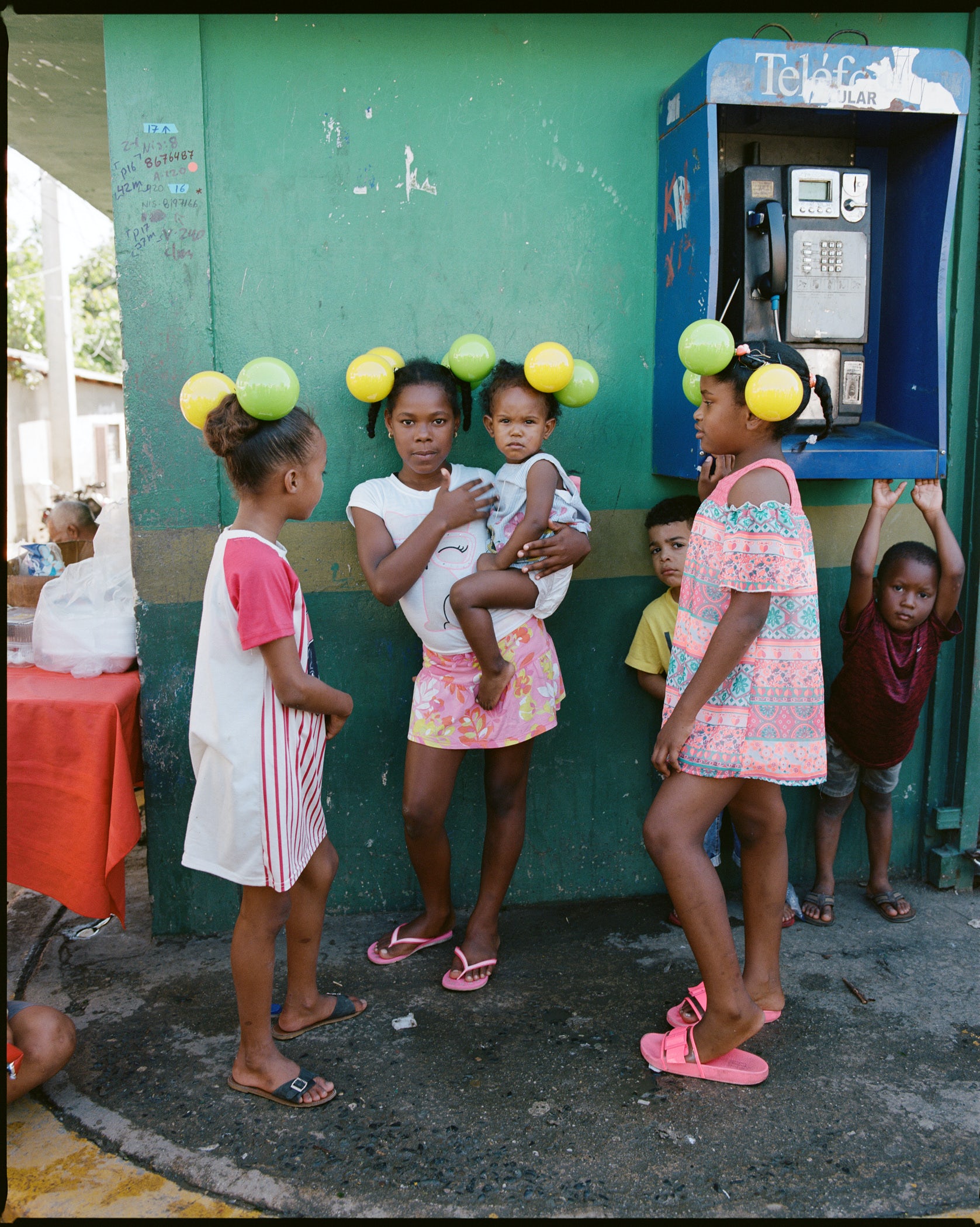 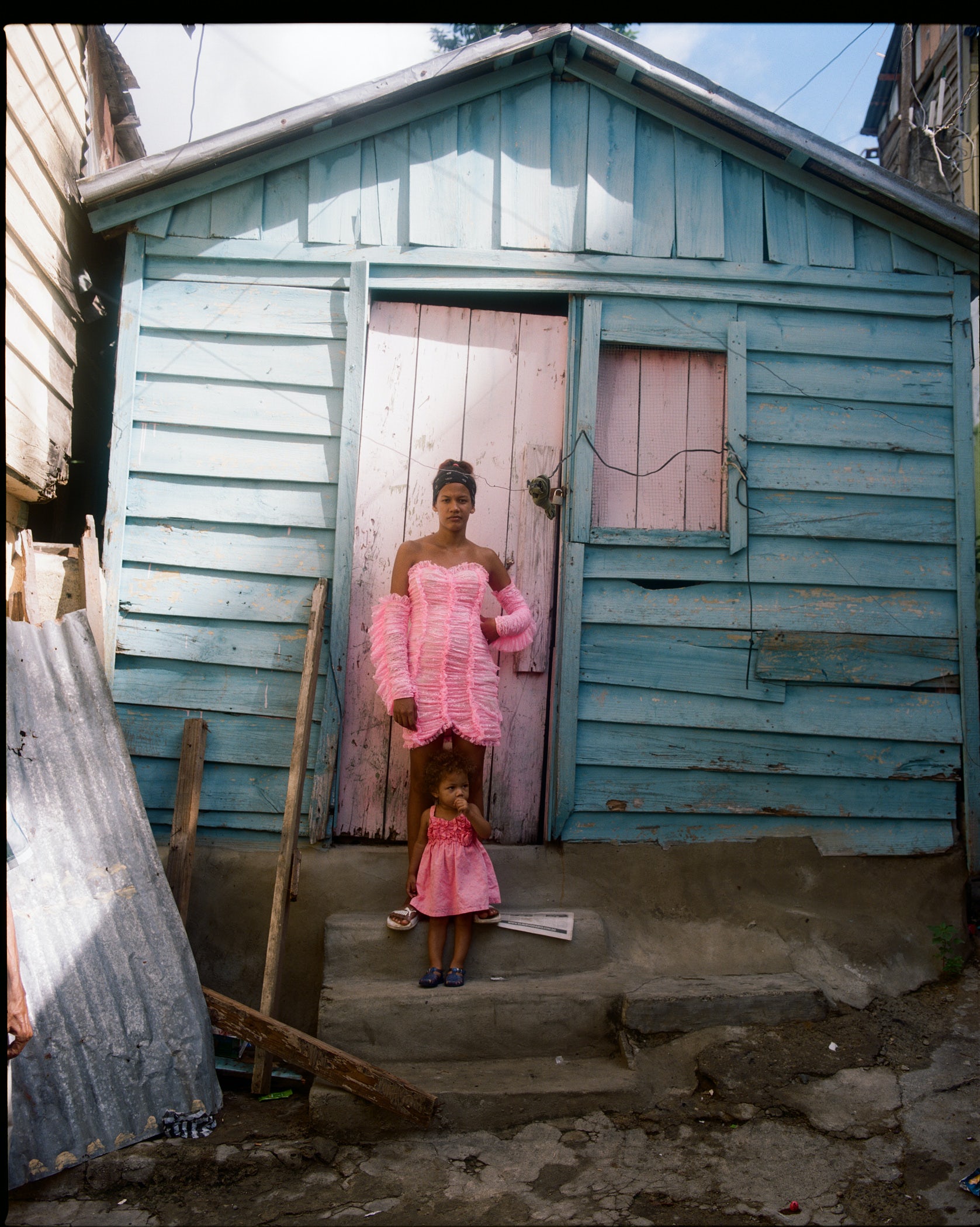 The trip resulted in a new body of work, including 18 photographs and a short film co-directed with Thuan Tran, that is about to go on display in a London exhibition entitled Pampara, which takes its name from the Spanish translation for ‘it’s lit’.

The new pieces showcase Medrano’s return to her homeland-of-sorts, navigating the Dominican as both a largely unfamiliar geographical space and a site that’s had a profound impact on her perspective. Pampara, which was commissioned by the editorial arm of WeTransfer’s WePresent, narrates her return through her interactions with the area’s natural beauty, architectural peccadilloes, and more importantly the frequently larger-than-life personalities that inhabit it.

It’s these people that make Medrano’s images so captivating: whether her subjects are staring directly into the lens, or caught apparently off-guard, they demonstrate the photographer’s ongoing commitment to showcasing a sense of community and its importance in an age where such bonds are rapidly ebbing away.

In one image, a mother and daughter stand together in colour configurations that are so well matched to one another and their surroundings as to look like a meticulously structured, pastel toned editorial; in another, children peer curiously at the camera with an air of both “an’ wot?!” and barely concealed fascination. The rich shades of baby pink, yellow and sunwashed blue bring a sense of nostalgia and calm to the shots, as though Medrano has perhaps finally come ‘home’ in her immortalisation of a place that’s meant so much to her and her elders. 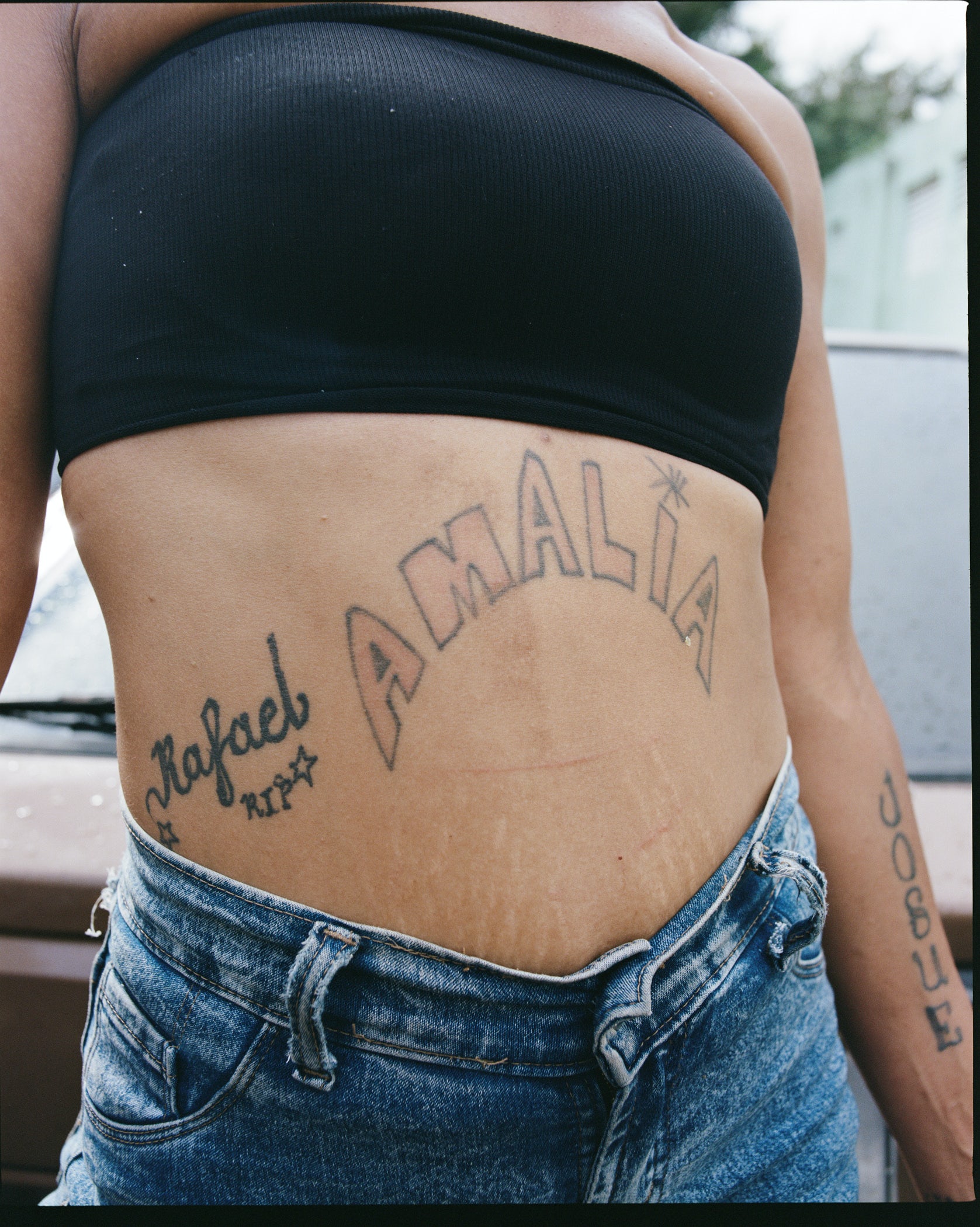 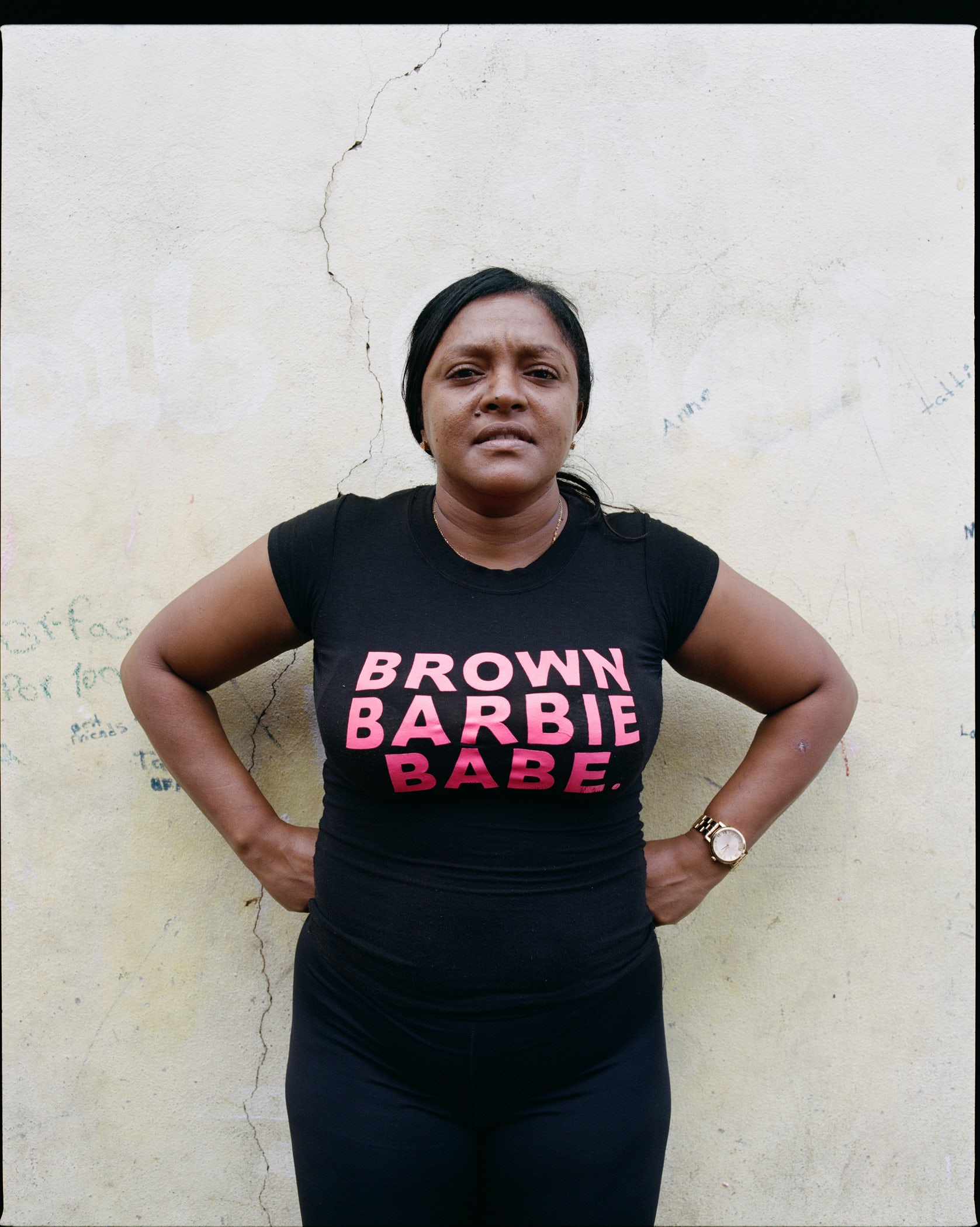 Acting as a personal visual storybook, the series demonstrates how a place that she might not have been wholly connected to in terms of her actual presence while growing up has had a deep impact on the way she works today: consider the vibrant colours she uses; the careful combinations of tones; sunlit streets that feel hot to even look at; and her witty knack for capturing bags of charisma in a static image.

There’s innocence in some photographs – two boys snoozily roll about in sand, apparently without a care in the world – and experience, too, with one photograph cropped to reveal just midriff tattoos and the proudly worn stretch marks that act as topographical markers of a life. The images act as a love letter of sorts to Medrano’s parents and their heritage; as well as an exploration of her roots, and the impact they have had on a more ambiguous level on her creative process today.

Medrano’s approach to photography acts as an exploration of geographical and social terrains, as well as a mirror of her emotional preoccupations. Her work showcases the possibilities for community and cohesion through art, via images that are both intimate and unapologetic.

“Pampara is me going back to my Dominican roots and exploring that in depth for the first time, my adult self returning to the culture and community I was surrounded by growing up,” says Medrano. “I wanted to pay homage to the loving energy and beauty of the Dominican way of life and let it shine for the world to see. My Dominican roots are embedded in my being and now I’m older I can see they are the reason why I shoot the way I do.” 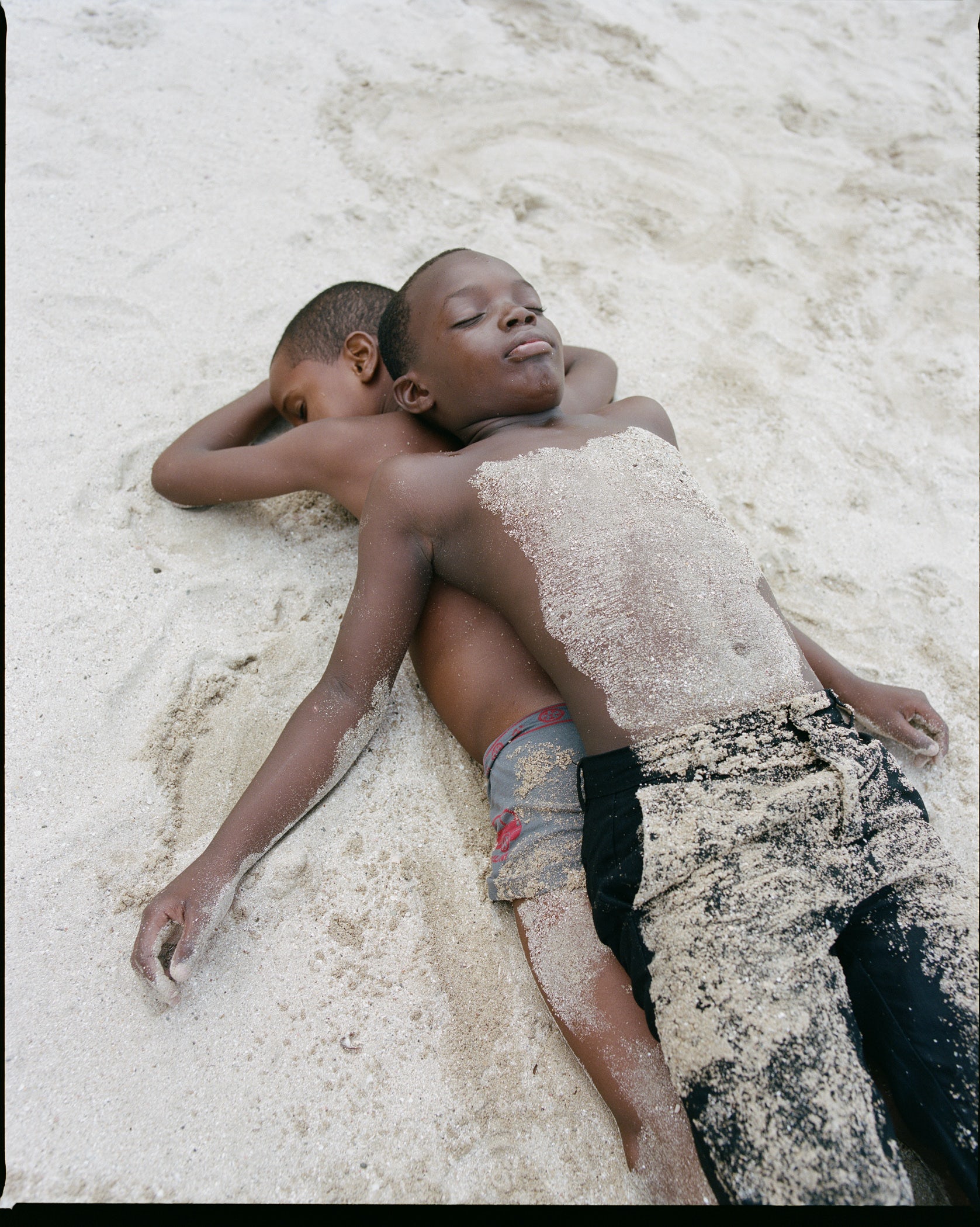 An exhibition of the Pampara series will be at Rosenfeld Porcini in London on February 18; renellmedrano.com; @renellaice