Electronic music has long been home to innovative graphic design. Influential examples of design have appeared on record sleeves and across club posters, creating a visual legacy that stretches far beyond the confines of the community. Even in the last few months, design tropes associated with the scene have been appropriated by brands trying (ironically or not) to tap into this aesthetic, appearing everywhere from Go Compare ads to Conservative Party communications.

While graphic design is both a thriving and vital aspect of electronic music culture, illustration is less widely adopted as a focal point across the scene. However, as seen in Resident Advisor’s ongoing series Cue Point, it’s proven a surprisingly effective means to inject life into stories, while adding a fresh accent to a visual language that at times risks homogeneity.

The online music magazine and ticketing platform has so far published four editions of Cue Point, which revisits early dancefloor experiences of DJs and producers through illustrated stories. The concept was devised by Resident Advisor’s Theo Fabunmi-Stone as a way of telling “the exciting, funny and sometimes plain strange stories of DJs’ formative dancefloor experiences and how those moments inspired them to get behind the decks”, he tells us.

Cue Point was conceived to help build awareness of the RA Guide – Resident Advisor’s app dedicated to events listings – in the hope that people will be inspired by the DJs’ own fond memories, and in turn “go out and experience the kind of nights you just never forget,” Fabunmi-Stone says. 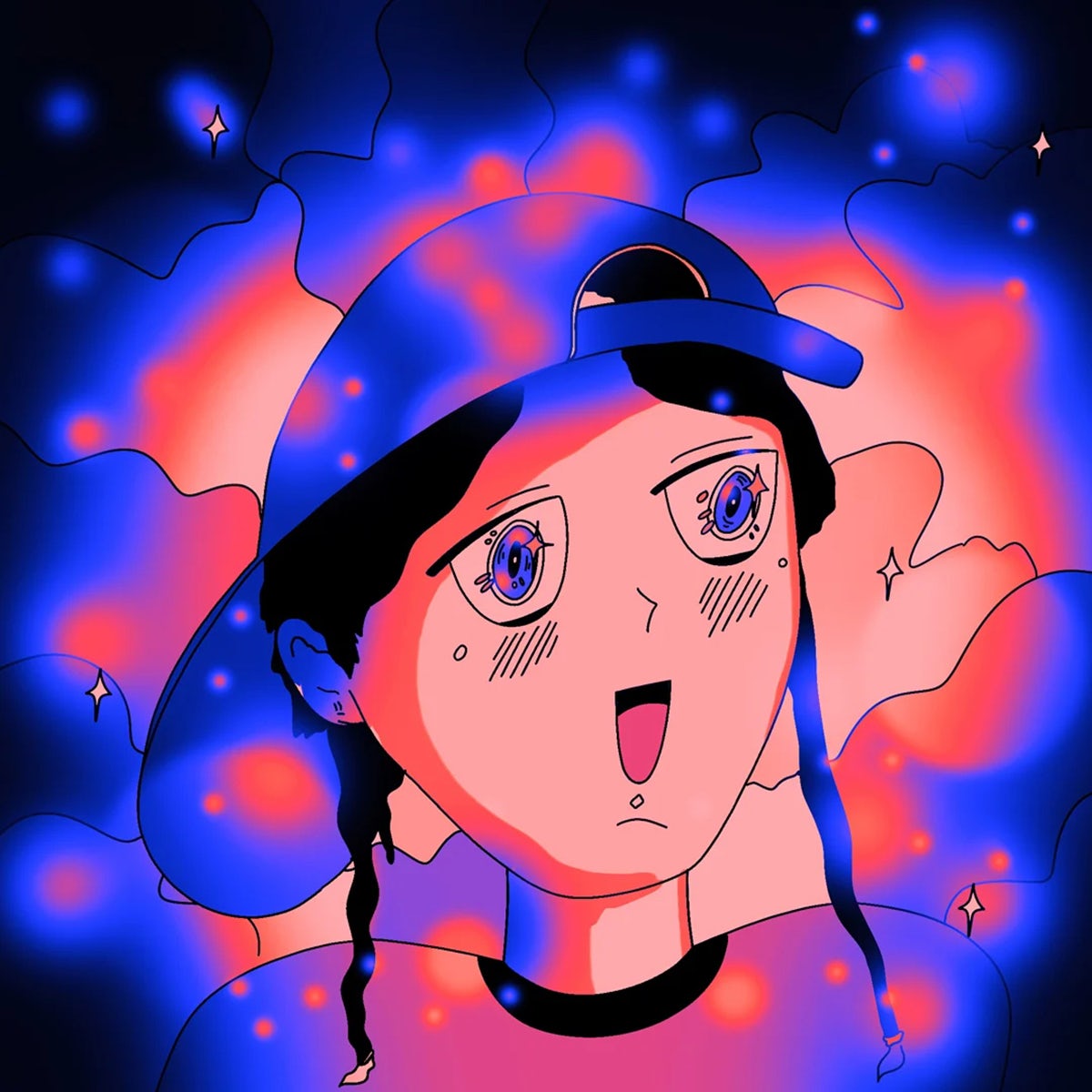 Fabunmi-Stone, who heads up the project, pairs DJs and illustrators who are both based in or tied to the same city for each edition. “Usually I conduct an hour-long interview, ideally with both illustrator and DJ together,” he explains. “Then I’ll work with the illustrator to tell the story across six-eight frames – my input at that point will really differ from illustrator to illustrator.”

The series kicked off towards the end of last year with illustrator Christopher Wright, known as Turbo Island, visualising the early dance music experiences of Chilean-Bristolian DJ Shanti Celeste. Since then, Cue Point has featured stories on DJs Willow, Carista and most recently Phuong Dan, as depicted by illustrators Will of Pomona Studios, Chad Bilyeu and Alex Solman respectively. The illustrators published so far have all had a strong connection to their local music scene, Fabunmi-Stone says. “Funnily enough without my knowledge the first three Cue Point DJs and illustrators either knew each other or at least their work.” 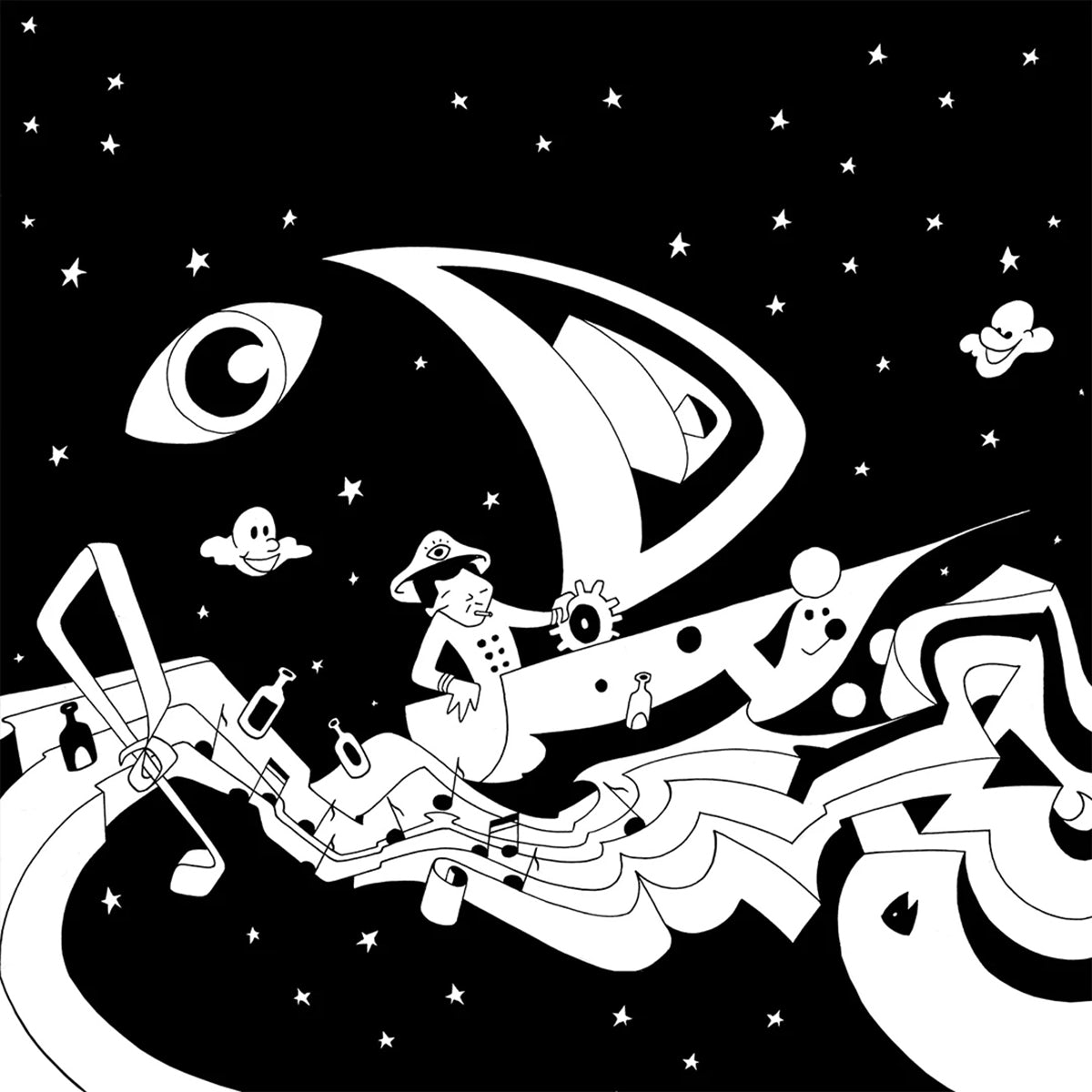 The series evolved from Fabunmi-Stone’s own appreciation of illustration and design. He’s a long-time collector of illustrated comics, cards and posters, and has a pool of talented friends who have designed posters and album art for his own parties and music label, giving him access to “a good network of illustrators.”

“As design continues to play a vital part in music, whether that’s album artwork, gig posters or party visuals, this project aims to celebrate the marriage of the two art forms and help elevate illustrators to the same level as the DJs whose stories they are telling,” he says. Using this “fresh format” also gave the team the opportunity to cover new artists that they hadn’t previously, while also opening the door to “those who aren’t so keen on traditional interviews”.

While music journalism and photography are well-established within the electronic music scene, taking this more novel approach to the series brought with it a number of benefits. “I feel the illustration for this series works really well – firstly illustration gives creative license to embellish or exaggerate the story in a fun way, but it also helps our audience see an artist they may have once put on a pedestal as a lot more accessible due to the playful tone,” Fabunmi-Stone says.

Cue Point has been well received so far, so much so that people are now approaching RA about the series, rather than the other way around. “We recently had a DJ contact me directly saying they are a fan of the series and would like to get involved,” he says. Moving forward, Resident Advisor is aiming to roll out a new edition of Cue Point on a monthly basis, giving focus to music scenes, DJs and illustrators around the world. Plus, Fabunmi-Stone indicates that the series has had a positive knock-on effect on the rest of the platform’s visual output, with “some more exciting illustration-based projects coming from RA this year”. 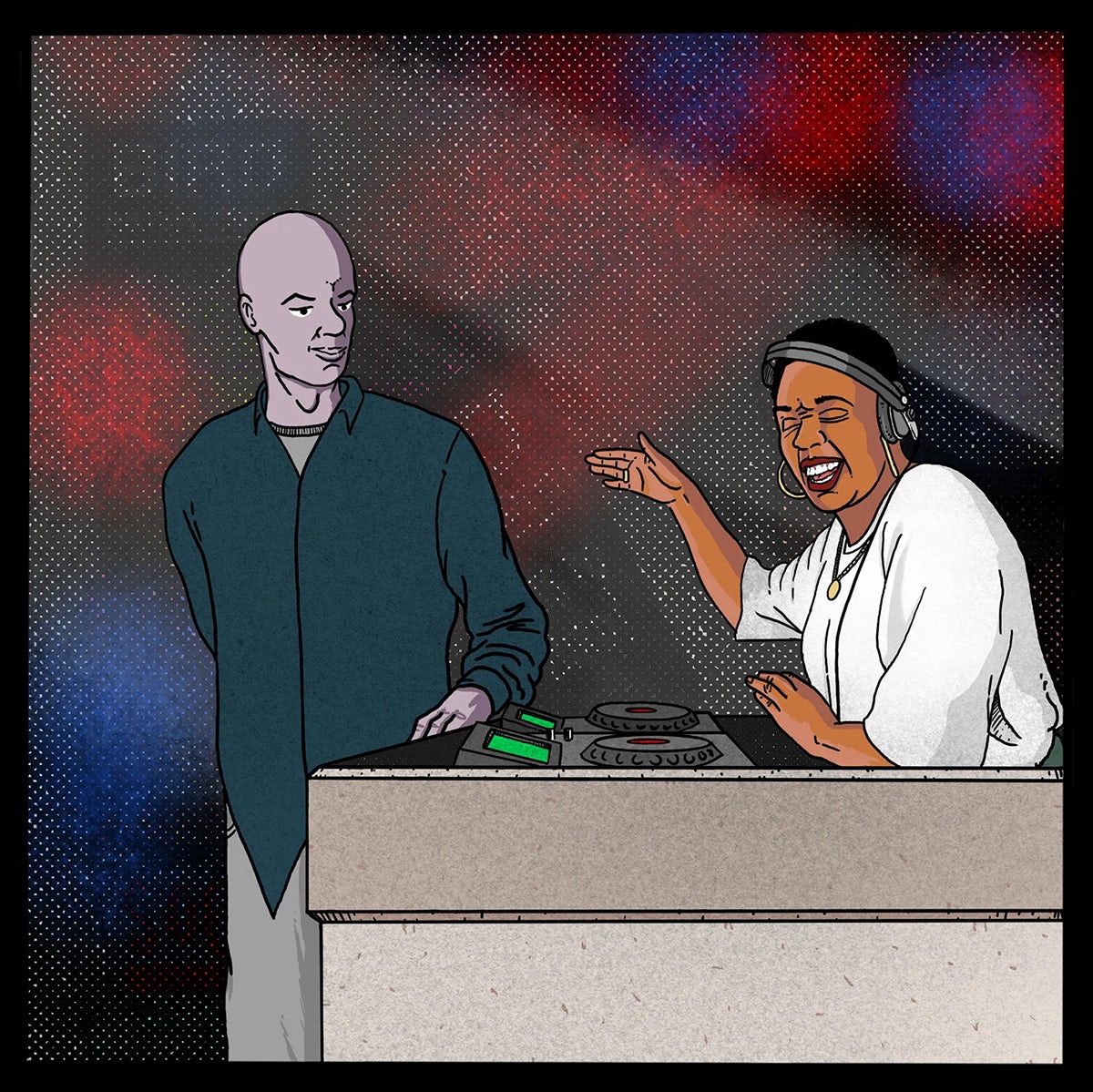