Ria Money Transfer has been handling money transfers since 1987, when it opened its first tiny outpost in New York City. Thirty-four years later and the company is helping people across the world send funds to more than 160 countries, allowing cash to be sent as a bank transfer or cash pickup.

Although well established, prior to its rebrand the company’s visual identity had been mixed – with different locations using different messaging and multiple versions of the orange and blue Ria logo. As a result, according to Saffron, Ria was suffering low levels of public awareness despite double digit growth.

The agency – which is equally international in having offices in London, Madrid, Vienna, Istanbul and Mumbai – was tasked with crafting a new visual identity that would express Ria’s personality, but update the brand for the digital age. 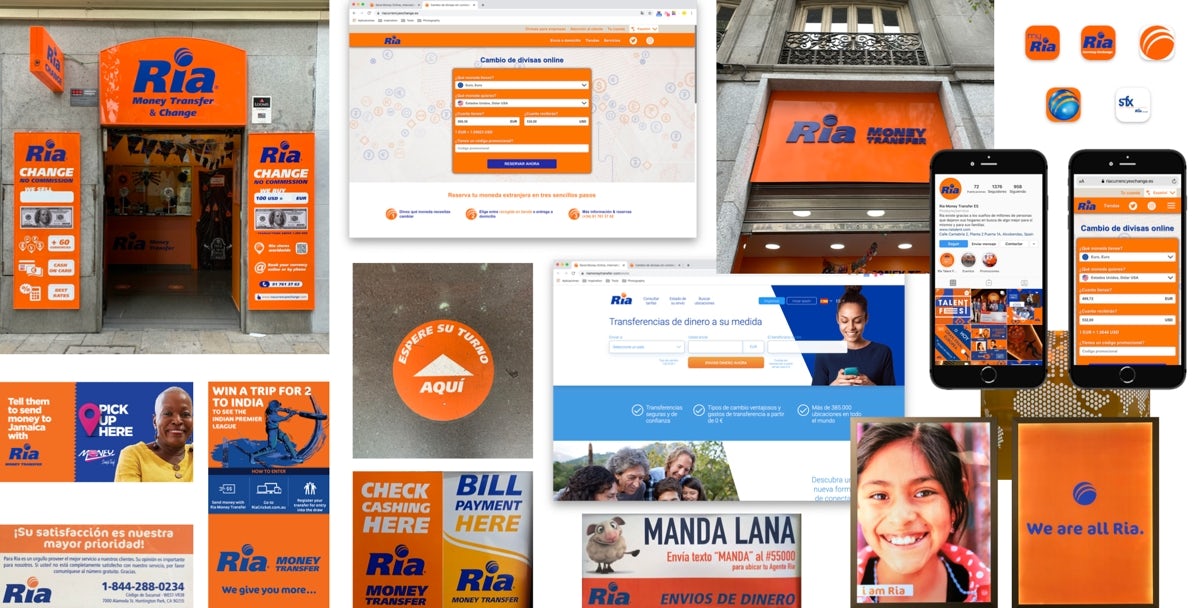 Saffron also created a new brand line for Ria: ‘We open ways for a better everyday life’. They say it’s a gesture towards the many personal reasons people send money abroad, for example to pay for parents’ medicine, siblings’ school fees, or a partner’s market stall.

“It places the focus on the customers and the impact their money is having on other’s lives, whilst expressing Ria’s role in helping and facilitating the whole process,” says the agency.

Ria’s recognisably bright orange has been retained and used in a disc-shaped motif that Saffron says acts as the “alter ego” of the brand. It appears over the ‘i’ in the new sans serif wordmark, as well as in a series of sweet line illustrations that turn it into everything from a balloon, to the lens of a telescope and a berry carried by an ant. 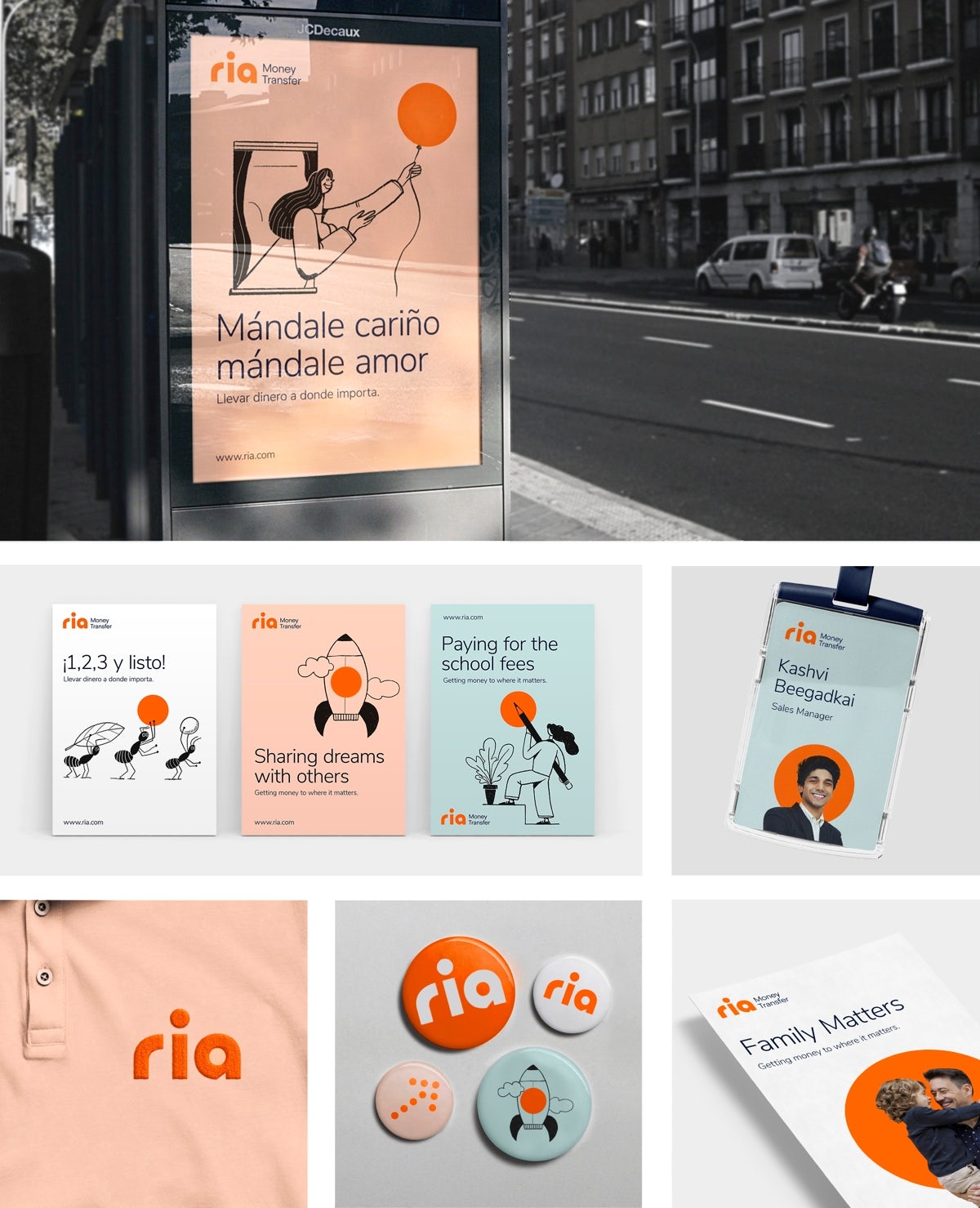 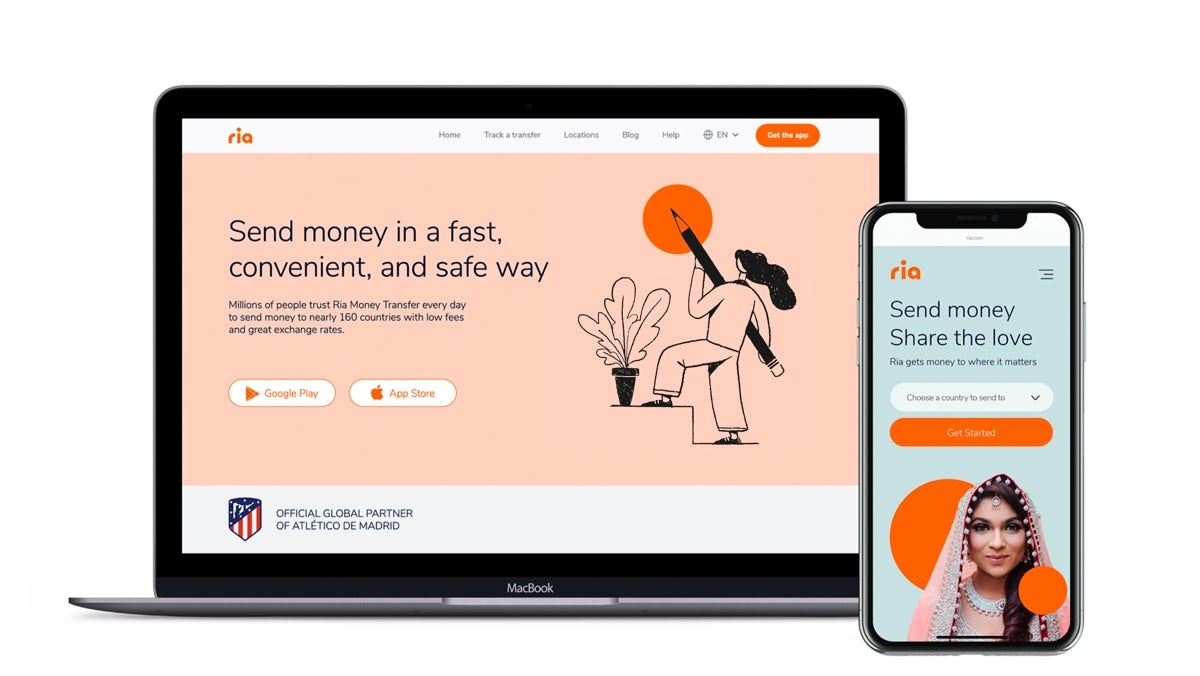 The rebrand certainly brings Ria in line with a new world of slick financial companies, but without compromising on the undeniably bright presence it holds as a brand. If there’s any critique to be made though, it’s that Saffron has perhaps been a little overzealous in bringing the logo into line – there’s a touch of naïve charm about the previous wordmark that it’s hard not to miss.