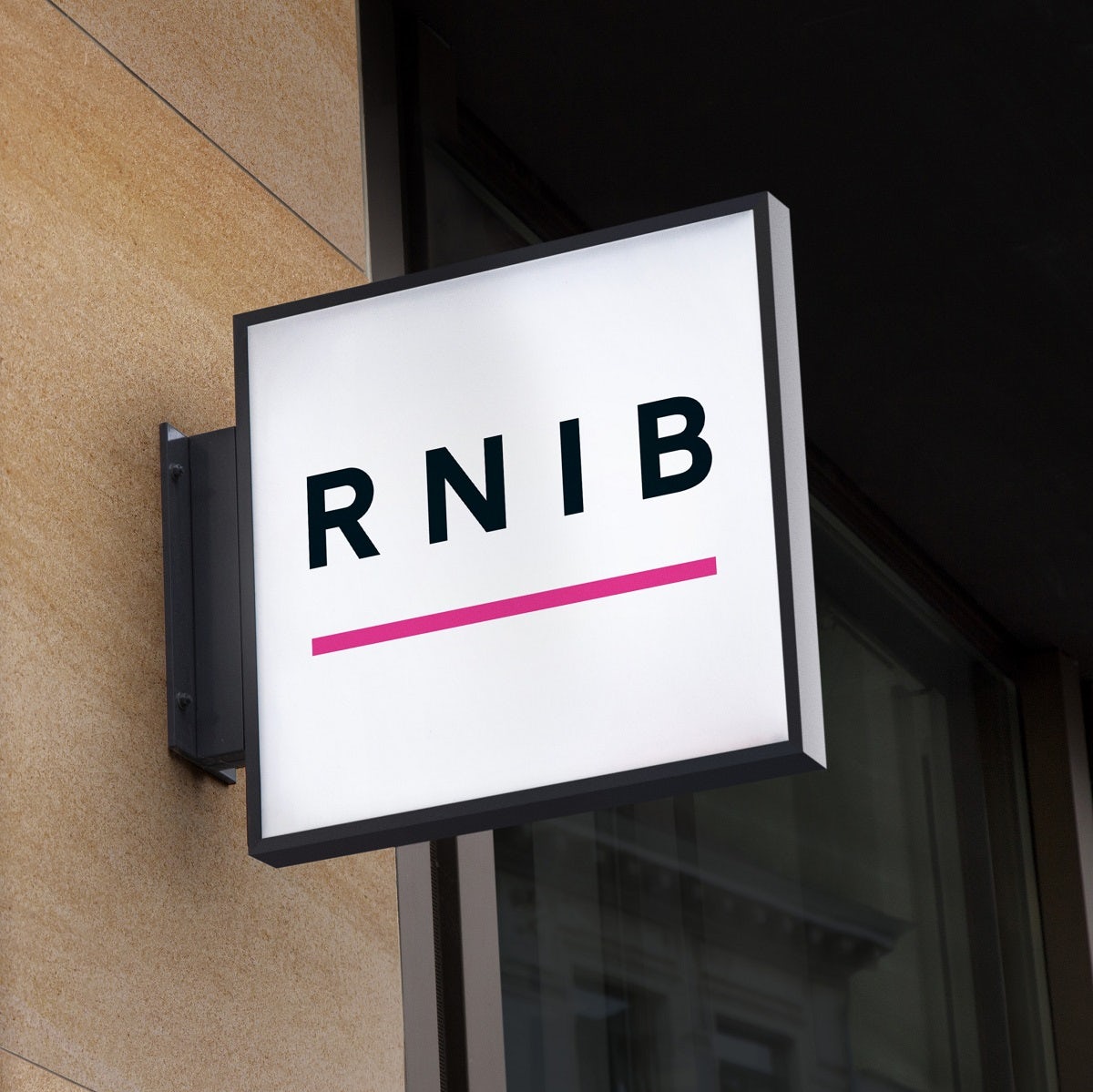 The agency adopted a minimal approach for the charity’s new identity, using sans serif typeface Ingra for the logo, and designing a simple colour palette that will be used across printed material and outdoor ads.

Head of Art at The&Partnership, Marc Donaldson, was partly inspired by the work of Jock Kinneir and Margert Calvert on Britain’s road signage, which he looked to for its functional aesthetic and readability. He also worked closely with people from the blind and partially sighted (BPS) community to explore what they liked and disliked about the previous Royal National Institute of Blind People logos. “The rounded typeface actually made the BPS community, and a lot of people who worked for RNIB, feel like it was a bit of a Janet and John book,” he explains. 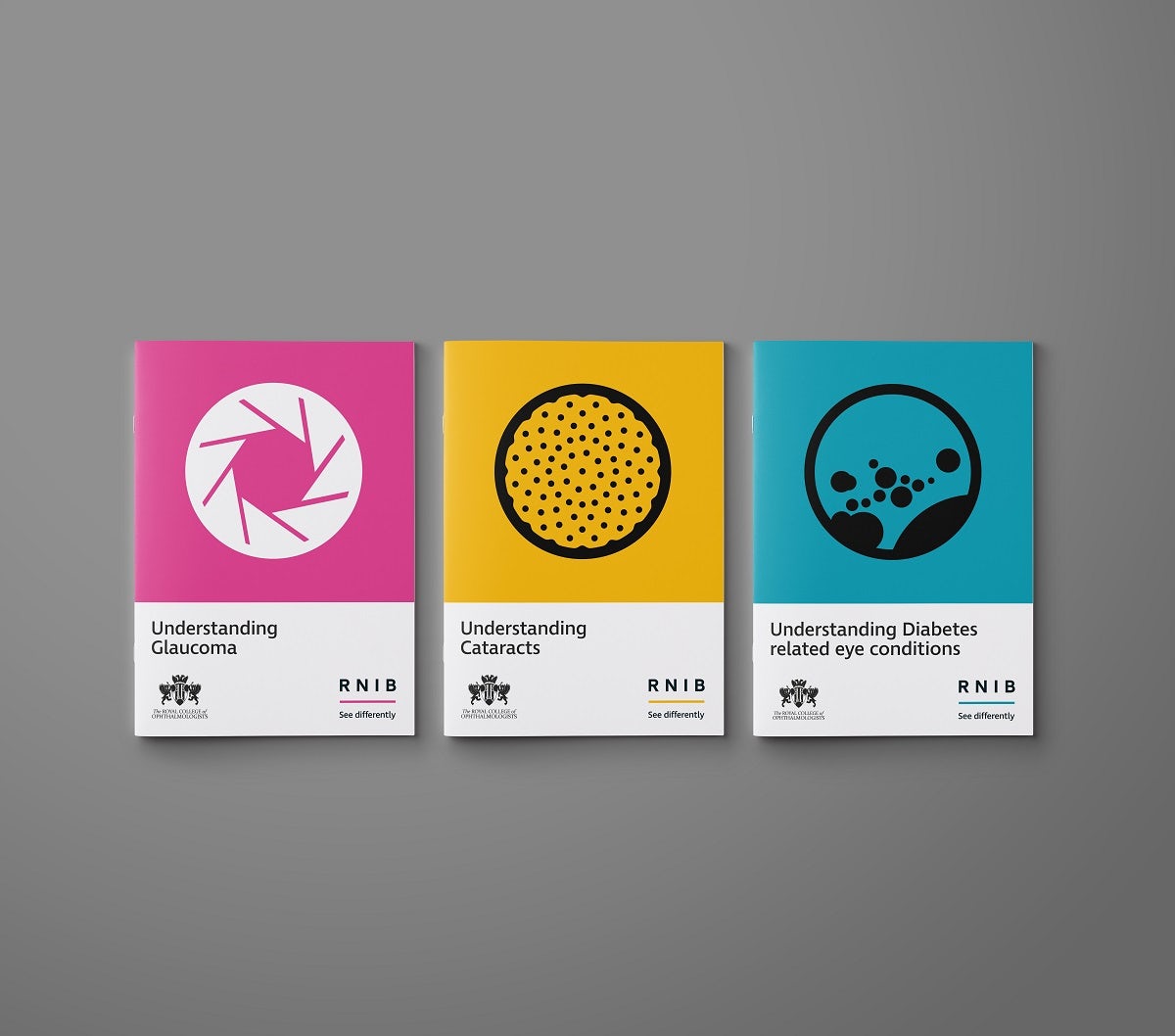 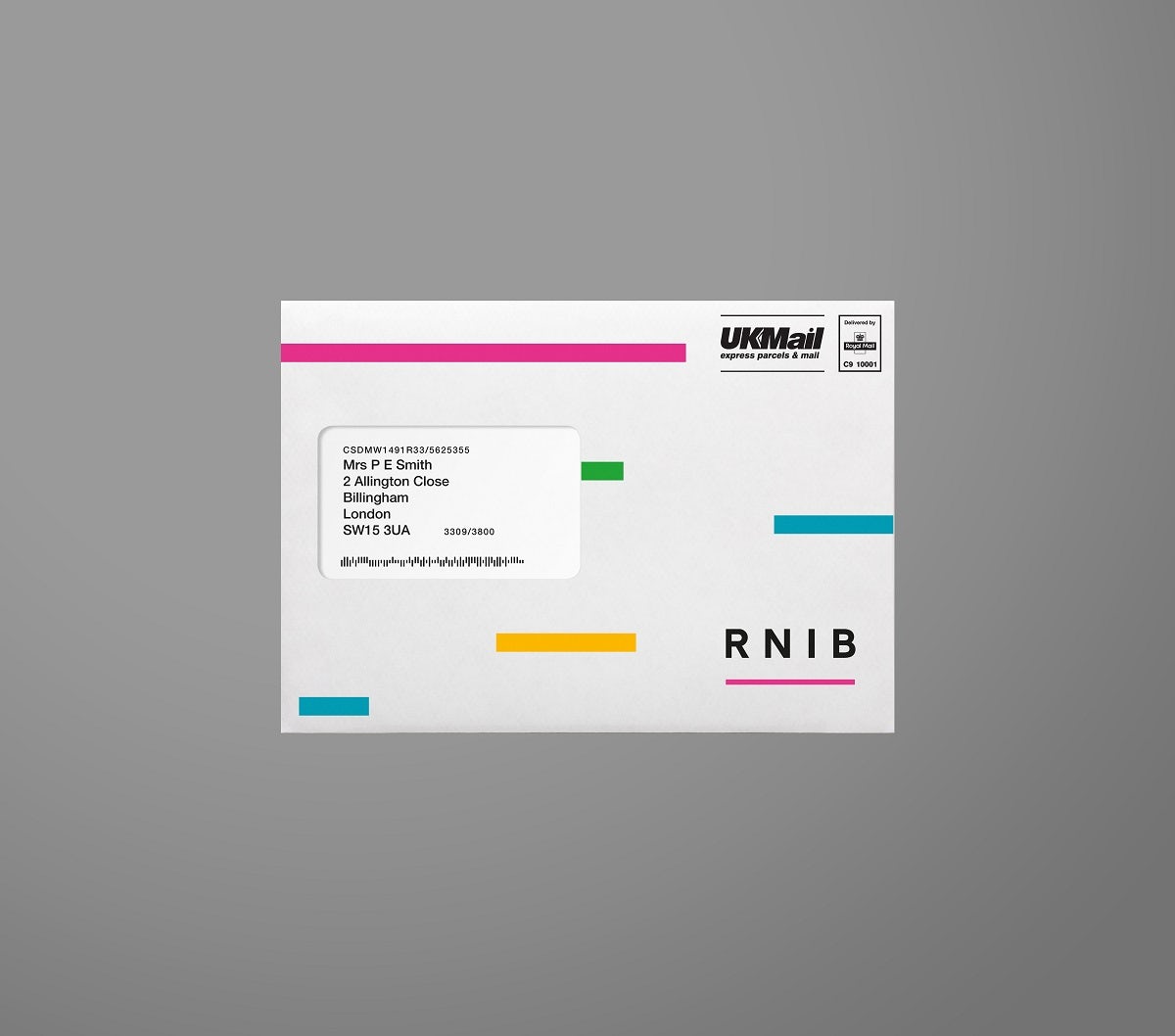 Donaldson showed potential typefaces and variations in word spacing and size to groups of people with a variety of sight conditions, to understand which would be easier to identify and read. It was also a chance to make notes on which characters are easily confused, and tailor the shapes of the letters accordingly. For many, the curved corners of the previous RNIB logo had helped them understand which way up a letter was meant to be, so Donaldson incorporated a coloured line underneath the new logo that could fulfil the same role, whether printed or embossed.

“It feels like we’re being more punchy,” he says. “It’s always been about functionality first, and aesthetic second, but we also wanted to give RNIB something that looked slick. It feels like a shift change. They look modern, they’ve stripped everything away. All my career I’ve been trying to design things, and I’ve almost anti-designed it.” 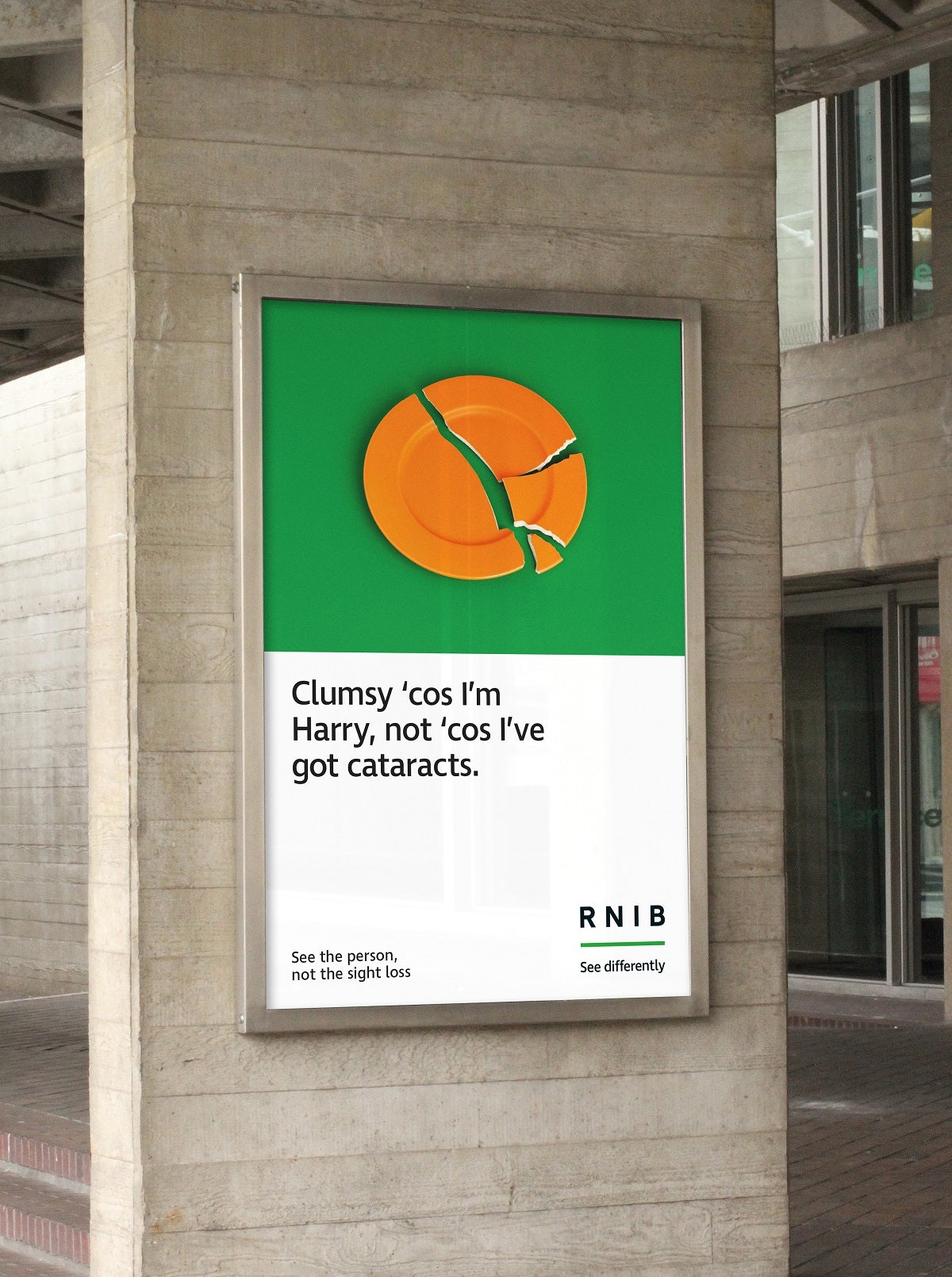 As well as its updated logo, RNIB has launched a new set of films and outdoor ads – emphasising people’s lives outside of their sight impairment – and overhauled its set of printed publications – which help explain sight conditions such as glaucoma and cataracts.