In 1991, the first website was designed. info.cern.ch was created by British scientist Tim Berners-Lee while he was working at CERN. Originally, he created the world wide web as a way to share information between scientists in universities and institutions around the world, and info.cern.ch was simply a way to explain the project.

Visually, the website was purely functional. On a white background sat lines of Times New Roman text, with various parts hyperlinked in blue (#0000FF, to be specific). It explained what the project was about, the people involved, the software used and also information on how you could help make the web grow.

It was a no-frills approach to web design, but at this point it existed purely as an exchange of information, so who cares if it didn’t look pretty? 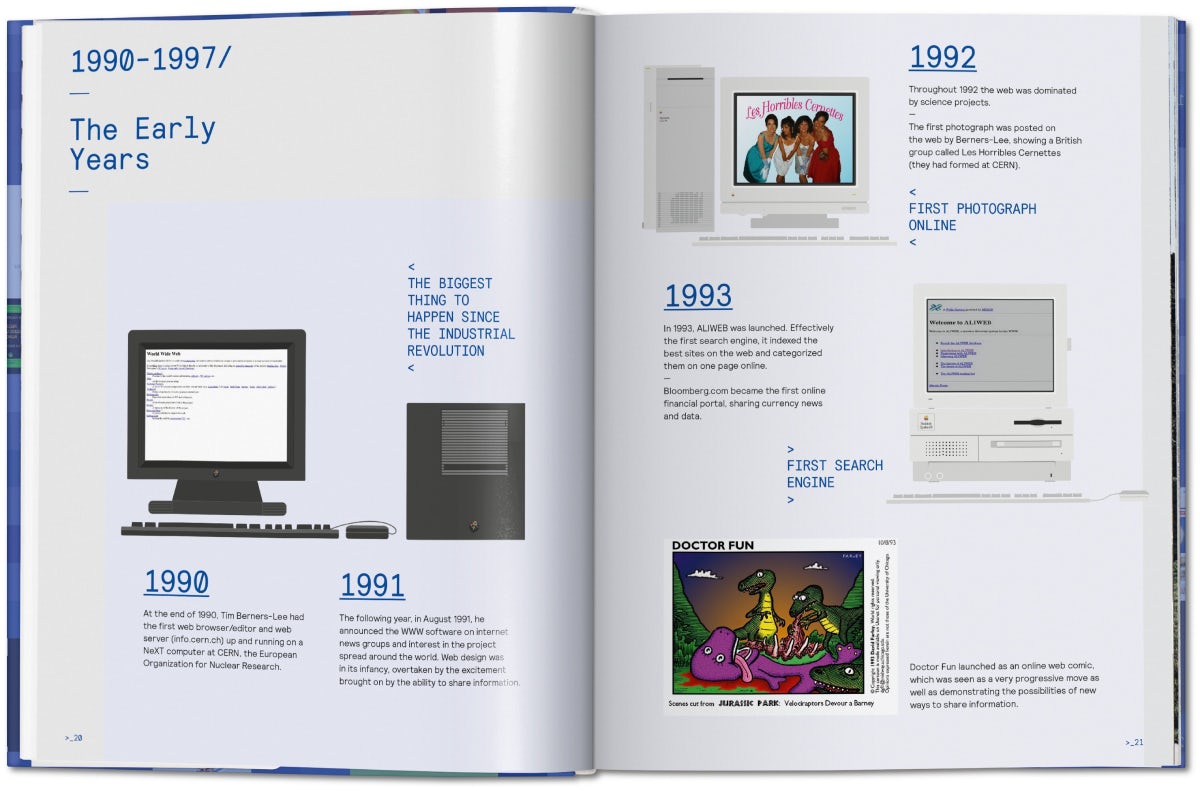