If sci-fi has taught us anything, it’s that robots are bad news. Most narratives featuring AI beings end in war, chaos or an existential threat to the human race.

But what if robots didn’t want to take over the world? What if they just wanted to have a good time? This is the premise for Dom and Nic’s new video for The Chemical Brothers’ new track Free Yourself.

Created in collaboration with VFX studio The Mill, the video features a group of robots letting their hair down at the Roboforce warehouse. We won’t give any spoilers, but it’s a fun alternative to dystopian robot dramas, with some humorous twists, impressive CGI and lots of dancing automotons. There’s even a brief vocal cameo from Alan Partridge and keen-eyed viewers will spot the faces of Tom Rowlands and Ed Simons in the crowd.

Free Yourself is Dom & Nic’s ninth video for The Chemical Brothers. Their previous video for track Wide Open – another collaboration with The Mill – has racked up over 33 million views on YouTube and combined compelling choreography with slick CGI.

Speaking to press at a screening in London, Dom said the directors wrote the treatment for Free Yourself after receiving a copy of the track and pitched their idea to The Chemical Brothers’ label.

The concept and plot were based on the music: “All the videos we’ve made for [The Chemical Brothers] have come from the music – we don’t have a pile of ideas and go, ‘this one will work for that’,” explains Dom. “[With Free Yourself], the actual voice is sampled from a beat poet from the late 60s but the way it’s treated in the track, it kind of sounds like a robot talking. The whole atmosphere and the tone [of the track] really dictated the ideas and the narrative structure developed [from that].” 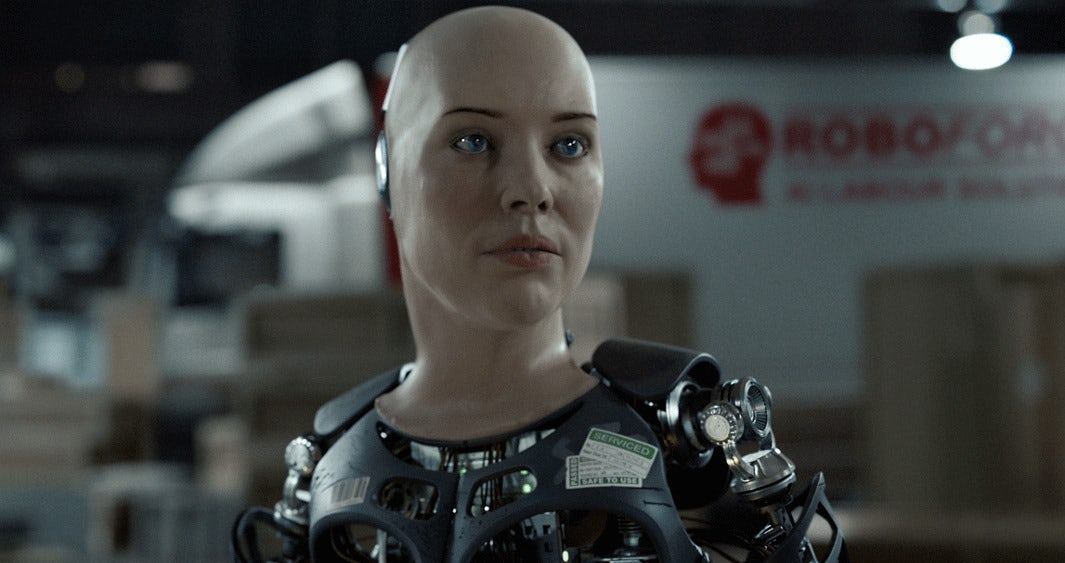 Dom & Nic were also inspired by a conversation with The Chemical Brothers’ Tom Rowlands about the group’s music. “I’m paraphrasing here but he said he really liked the idea that when The Chemical Brothers perform and they play all this crazy loud music, people just get out of their box … and it’s a chance to throw off any shackles,” explains Nic. “We already had this idea of ‘what if robots didn’t want to take over the world, they just wanted to dance?’ and that suddenly made so much sense. If AI heard a Chemical Brothers’ track for the first time [and] thought, ‘I really like this’ – what would they do?”

“There’s lots of videos with dancing robots where they’re dancing really well, so you kind of expect that, and we’ve seen people dancing like robots, but we hadn’t seen robots dancing badly and that felt like an interesting idea – if robots were like children experiencing joy for the first time,” he continues. “That drove the tone of the performance – they’re not just these machines dancing, each one’s an individual.” 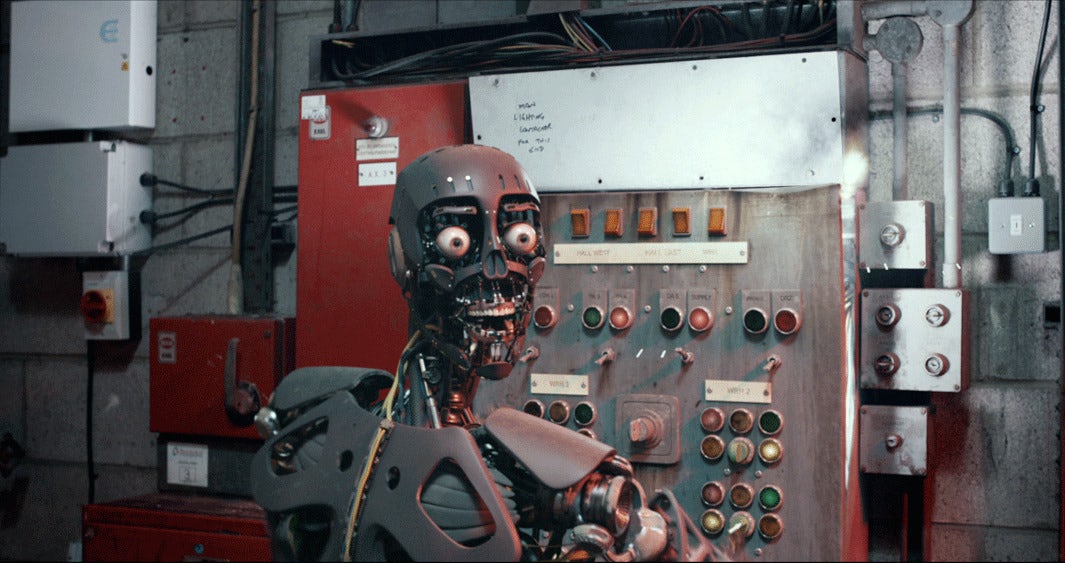 As Dom points out, robot narratives are often set in sterile, futuristic environments (such as the stylish house in Ex Machina) or war-torn dystopias. But Free Yourself takes place in an industrial warehouse – the kind found in suburban business parks throughout the UK. The directors wanted to create a wide range of robotic characters – from domestic assistants to sex bots – reflecting the various kinds of devices that could be available to consumers in the near future.

Wide Open and Free Yourself are both character driven dance videos created using motion capture, but that’s where the similarities end. Free Yourself is less serious, and Nic says the directors wanted to capture the dark humour of rave music. “It was supposed to be a bit funny and a bit silly,” explains Nic. “You can hear that [dark humour] in the track – the beginning is very ominous and then it all lets loose and becomes quite euphoric,” adds Dom.

The live action sequences in Free Yourself were filmed at the Printworks venue in Canada Water while motion capture was done at a dance studio in London. Dancers weren’t hooked up to equipment but wore specialist lightweight tracksuits and their movements were displayed on screen in real time. “The data was captured live so we could watch it and temper people’s dances and see how it was working – [for example], whether it was funny enough or too human,” says Nic.

3D scans of actors’ faces were manipulated to look like silicone masks that had been applied to robot skeletons: “We scanned people’s faces and made a version of that face which would fit over the skeleton of the robot so not everyone’s face looks exactly like them,” explains Nic.

“We didn’t want it to look like Ex Machina where it was an actor with a bit of their head removed and body parts changed – we wanted it to look like a latex face that was applied,” adds Dom. “That was deliberate but it’s actually really hard to do – if you don’t get it right it can end up looking shit. We spent ages going, ‘does it look uncannily like a person but not like a person?’ And ‘no, it looks too much like a person let’s take it back’…. It was the same with the lip sync: robots have limited movement so there’s a limit to how expressive their lips can be.” 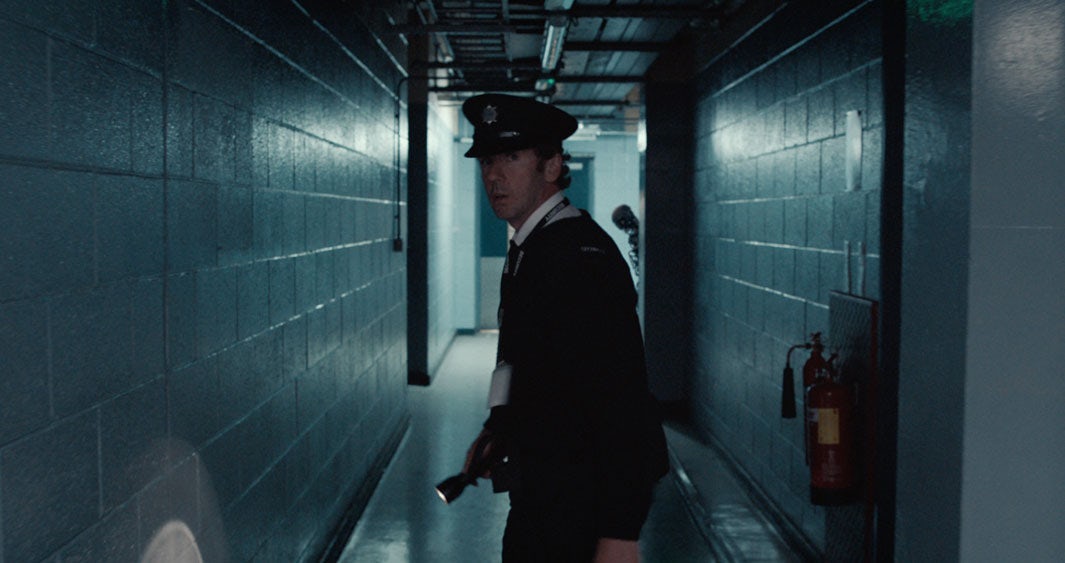 Dom & Nic’s collaboration with Rowlands and Simons began in 1996 with the promo for Setting Sun – a video that captured the hedonism of 90s rave culture. It was the first narrative video for the group (previous promos had featured footage of them DJ-ing), and along with The Prodigy’s from the same era, helped set a new precedent for dance music visuals.

Nic says the directors are now given free reign when making videos for The Chemical Brothers – with Free Yourself, he explains: “They saw the initial idea and then they didn’t want to see anything until it was [almost] finished. They trusted us to do it and they didn’t want to see it with caveats of ‘it’s going to be like this or like that’.”

It’s an unusual way of working, but the success of previous videos has given the DJs a great deal of trust in the directors – an approach that has resulted in some stellar work so far. 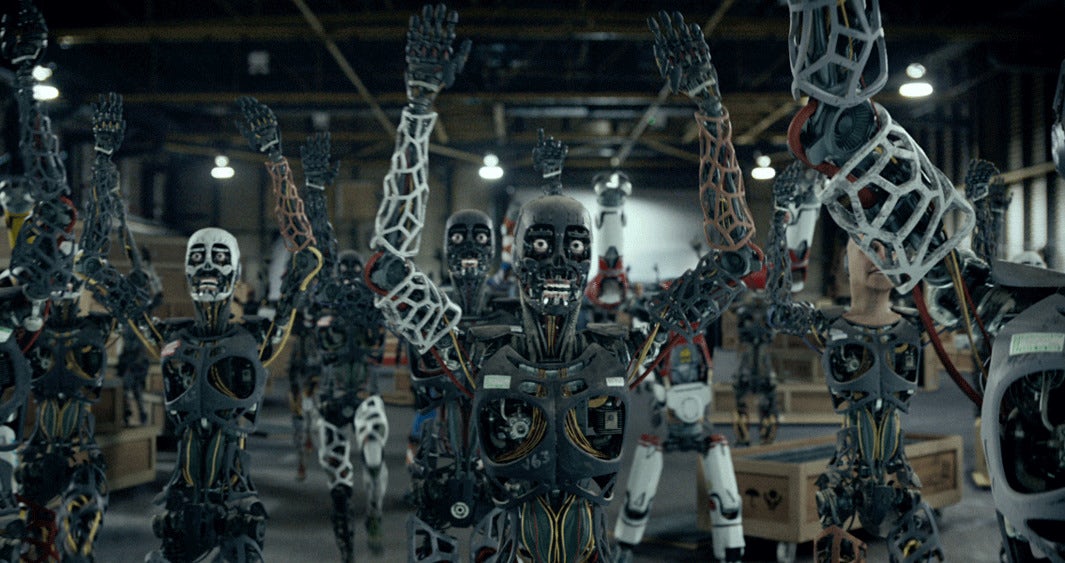