Ahead of the 2022 season, Rochester Rhinos has launched a complete rebrand, including a change of name to Rochester New York FC, which steers it away from varsity-like naming conventions and more firmly into the world of soccer.

Since 2017, the club has been absent from competitive leagues due to funding issues. However, it recently made headlines when it was announced that Leicester City striker Jamie Vardy had bought a minority stake in the Rochester Rhinos, making him co-owner of the club.

The rebrand was led by London-based agency A New Kind of Kick, which has been working on the project in both the US and the UK for the past year, including consulting with fans and key ambassadors for the club. 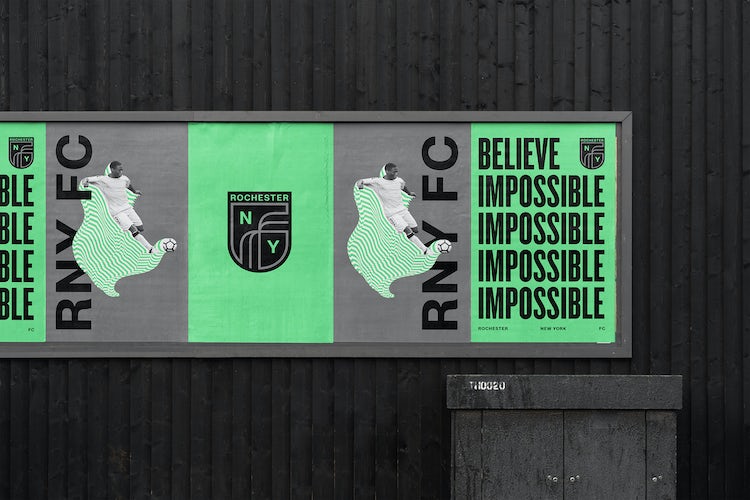 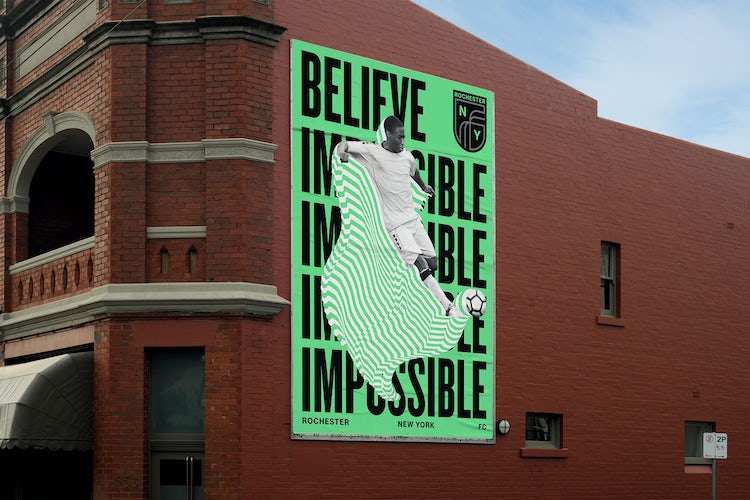 Along with the change of name, the club’s new badge features curvilinear details designed to evoke High Falls, a waterfall at the heart of the city, replacing the rhinoceros emblem that was previously central to the crest.

The waterfall symbolism carries through to design of the kit numbers, which have been adapted from the primary typeface, Knockout, to mimic the three lines seen on the badge.

The new branding is complete with a refreshed palette, trading the former dark green and mustard for a mint and slate combination, and a range of promotional assets that play with graphics and tap into the current trend of repeating type. 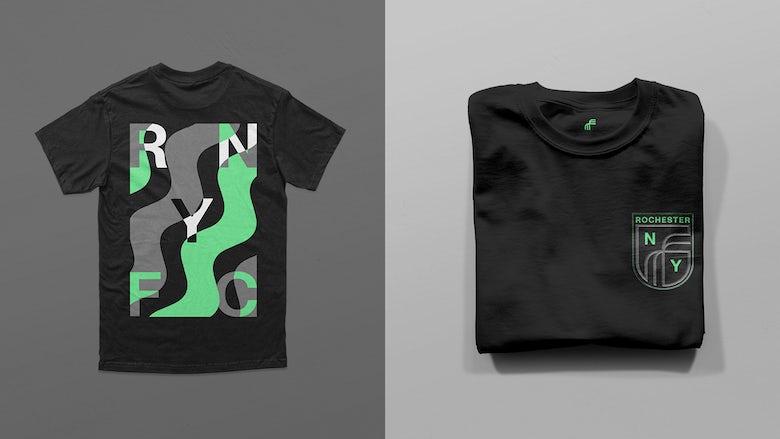