Considering that the premise of Rocks is based on the all-familiar coming of age tale, it’s surprising just how joyfully unexpected its story feels. Set in and around Hackney, east London, the film centres on the story of 15-year-old Shola, aka Rocks, and her tight-knit group of school friends. When Rocks’ depression-prone mother abandons her and her little brother and social workers begin showing up at their door, however, it swiftly turns into a story about resilience and the power of girlhood.

With its naturalistic dialogue, London-infused soundtrack and snapshots of phone footage that intersperse the rest of the action, at times Rocks feels more like watching documentary than drama. This delicate balance is cemented by the on-screen chemistry between the real-life schoolgirls who play the group of friends, most of whom are making their screen debuts. Carefully chosen out of more than 1,300 girls, the characters also brilliantly represent the melting pot of London life – from British-Somalian Kosar Ali, who plays Rocks’ best friend Sumaya, to Anastasia Dymitrow as Sabina, who is of Polish Romani heritage. 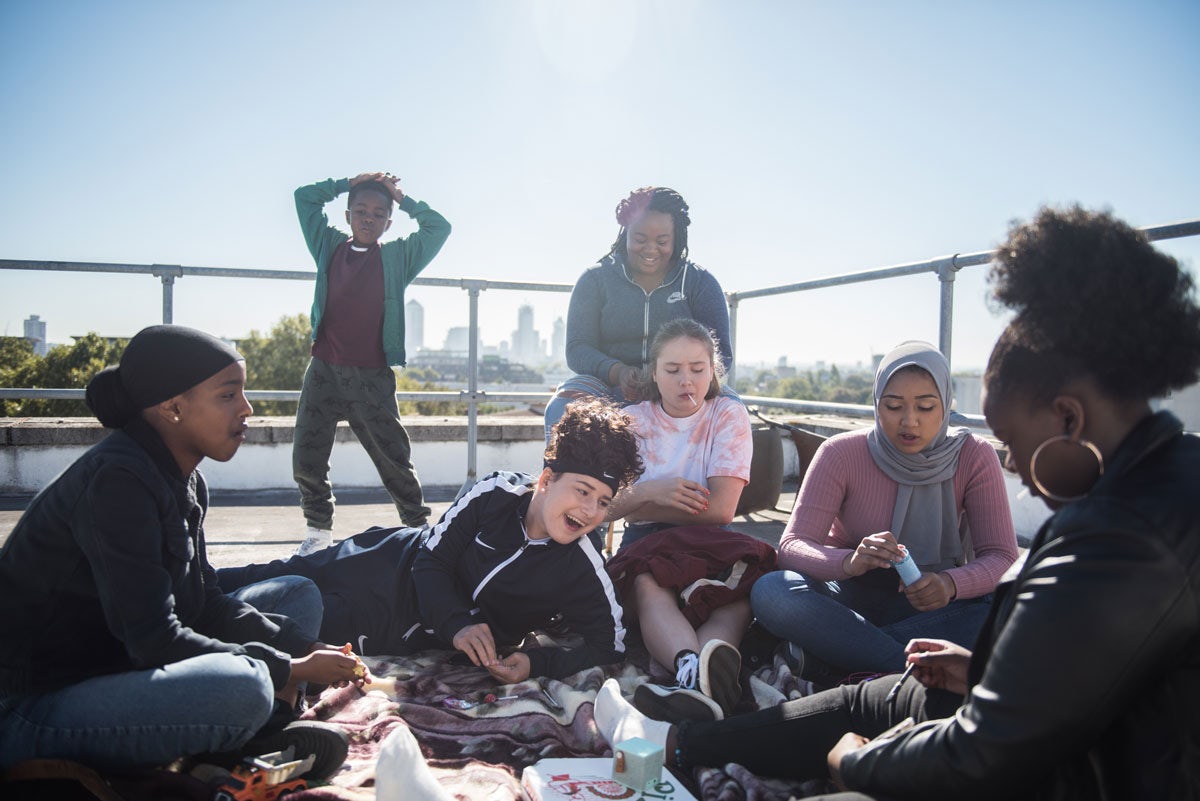 While the whole production was a hugely collaborative process, with both established film and TV writer Claire Wilson and director Sarah Gavron on board, the initial seed for Rocks was planted by playwright and screenwriter Theresa Ikoko. After studying psychology and criminology, the Hackney-born writer started out working in various prisons and youth community groups, but during a programme that organised drama workshops in London prisons she began to take note of the power of storytelling to shine a light on different communities, and decided to take up writing herself.

“I was still very much looking at art in the way that it fell in line with my first passion, which is criminal justice and community efficacy,” Ikoko explains. She swiftly became involved in the Black-led Talawa Theatre Company and made waves with her 2015 play Girls, which focused on the Boko Haram schoolgirl kidnappings in Nigeria, and earned her the George Devine Award for Most Promising Playwright in 2016.