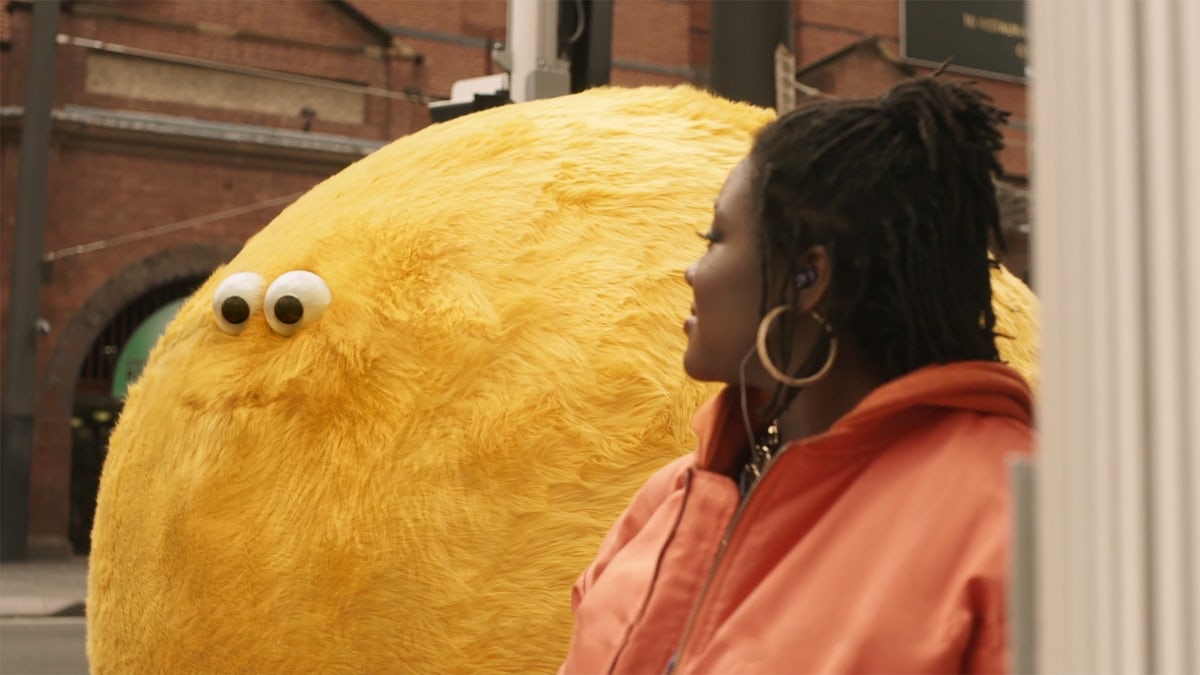 The Australian brand is a new addition to the sector, offering pay monthly insurance that can be cancelled any time, and without any additional excess based on age. The naming, brand design and comms have all been created by Sydney agency Bear Meets Eagle On Fire, which was founded by former Fallon London partner Micah Walker.

The agency has also created Larry, Rollin’s bright yellow mascot and star of its first TV ad. The film follows the furball as he rolls through the city, recognised by the locals as he spins past, rapping the whole way.

As well as the film, which is directed by Andreas Nilsson, Bear Meets Eagle On Fire collaborated with Rotterdam’s Studio Dumbar to create kinetic, and slightly wacky, type for the brand. Examples of how it could be used in digital outdoor advertising shows the letters morphing to fit the space, with the emphasis – appropriately for a car insurance brand – on the o.

Rollin’ uses a largely black and yellow type palette, with the occasional acid green and neon pink. Larry doesn’t seem to be the only character the brand will introduce either, with Rollin’s website inhabited by a similarly spherical mascot who rolls as the user scrolls. 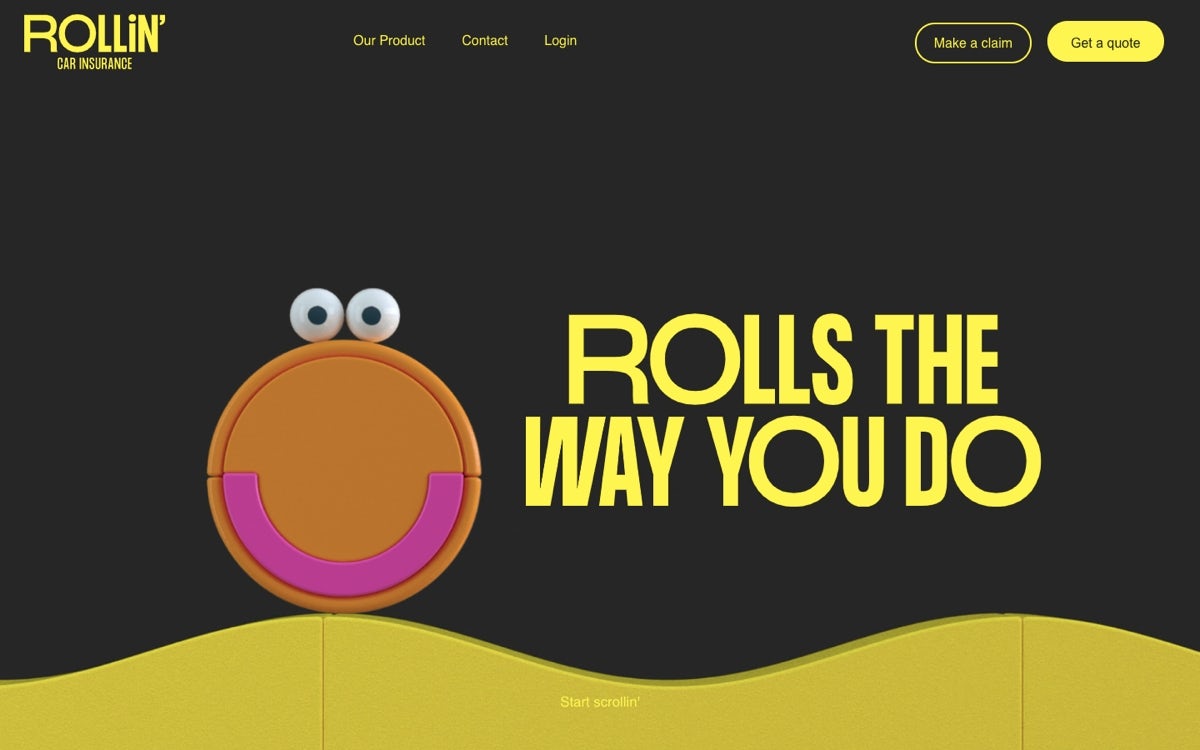 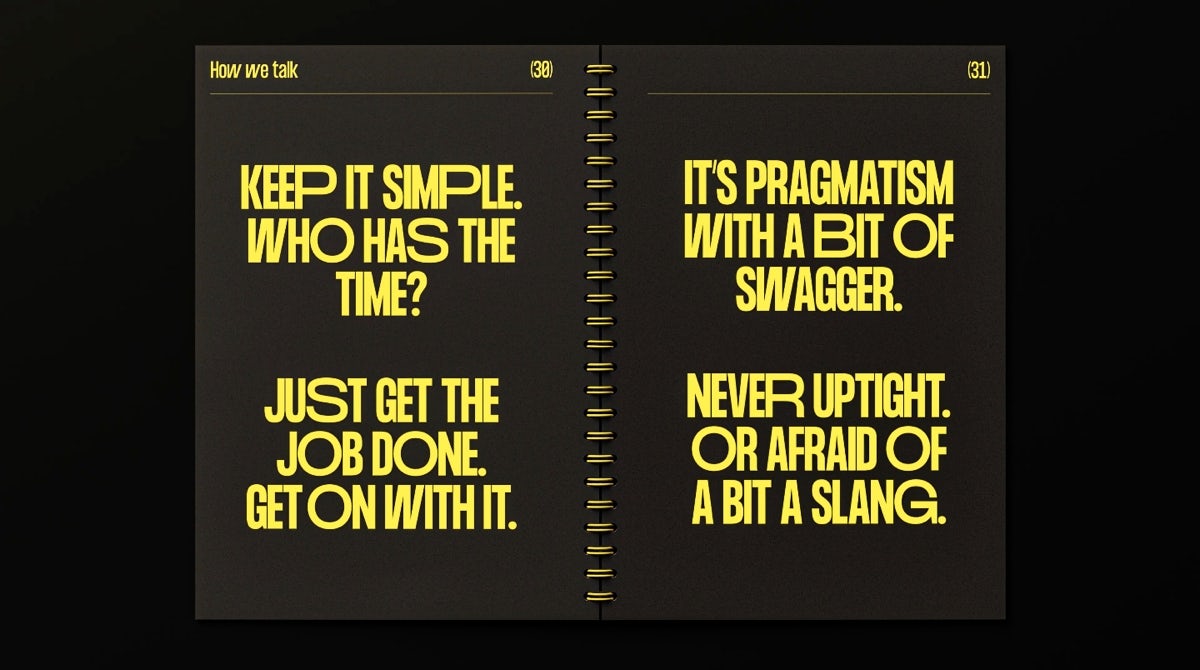