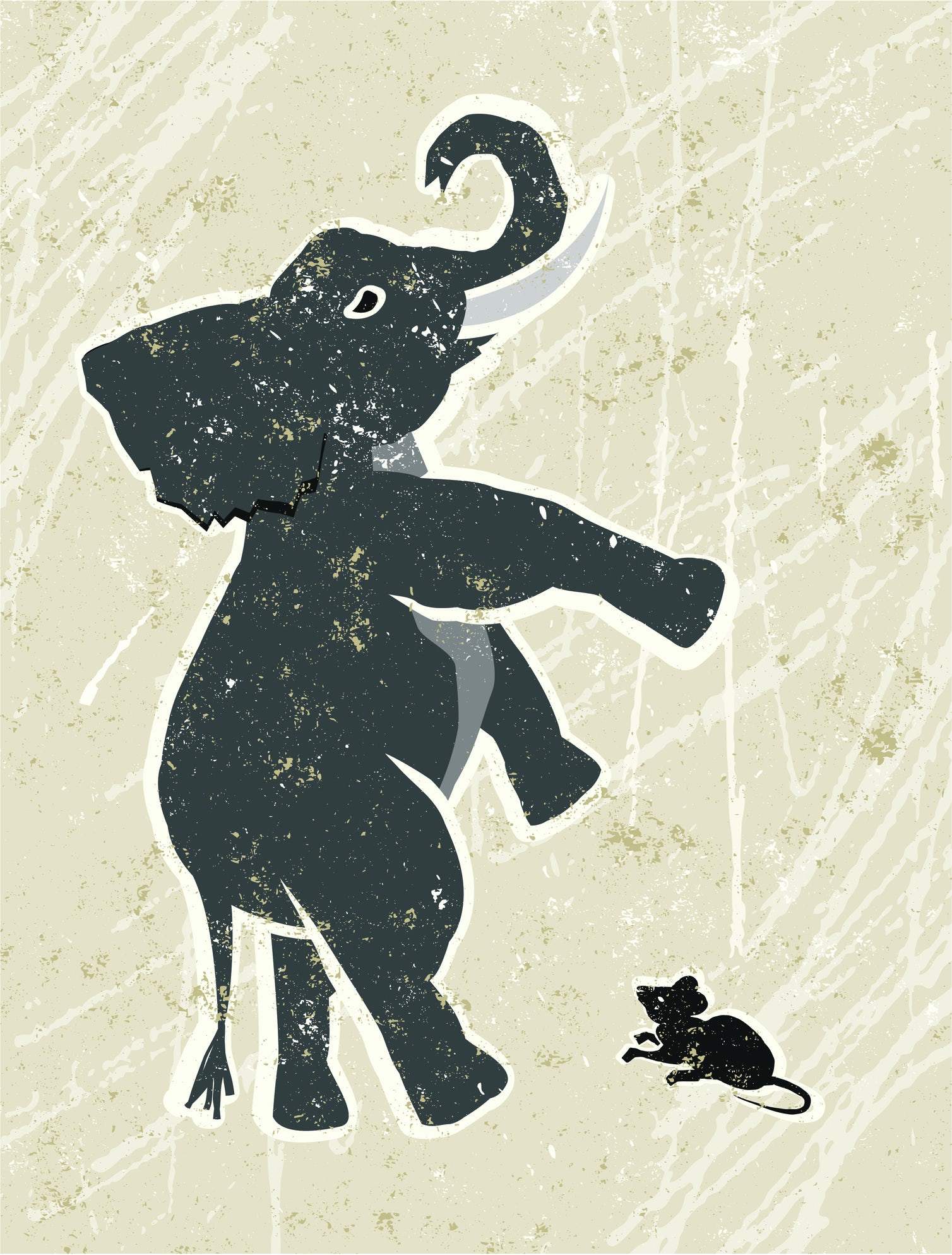 Unfortunately, because logic has proved so reliable in the physical sciences, we now believe it must be applicable everywhere – even in the much messier field of human affairs. The models that dominate all human decision-making today are heavy on logic, and light on magic – a spreadsheet leaves no room for miracles. But what if this approach is wrong? What if, in our quest to recreate the certainty of the laws of physics, we are now too eager to impose the same consistency and certainty in fields where it has no place?

Take work and holidays, for example. Some 68% of Americans would pay to have two weeks more holiday than the meagre two weeks most enjoy at present – they would accept a 4% pay cut in return for double the amount of vacation time.

But what if there were no cost whatsoever to increasing everyone’s vacation allowance? What if we discovered that greater leisure time would benefit the US economy, both in terms of money spent on leisure goods and also in greater productivity? Perhaps people with more vacation time might be prepared to work for longer in life, rather than retiring to a Florida golf course as soon as it became affordable?

Or perhaps they might simply be better at their jobs if they were reasonably rested and inspired by travel and leisure? Besides, it is now plausible that, for many jobs, recent advances in technology mean there is little difference in the contribution you make to your workplace, whether you are in a cubicle in Boise, Idaho or on a beach in Barbados.

There is an abundance of supporting evidence for these magical outcomes: the French are astonishingly productive when they are not on holiday; the German economy is successful, despite six weeks of annual leave being commonplace. But there is no model of the world that allows for America to contemplate, let alone trial, this possibly magical solution. In the left-brain, logical model of the world, productivity is proportional to hours worked, and a doubling of holiday time must lead to a corresponding 4% fall in salary.

The technocratic mind models the economy as though it were a machine: if the machine is left idle for a greater amount of time, then it must be less valuable. But the economy is not a machine – it is a highly complex system. Machines don’t allow for magic, but complex systems do.

In our addiction to logic, we have created a magic-free world of neat economic models, business case studies and narrow technological ideas, which together give us a wonderfully reassuring sense of mastery over a complex world. Often these models are useful, but sometimes they are inaccurate or misleading. And occasionally they are highly dangerous.

We should never forget that our need for logic and certainty brings costs as well as benefits. The need to appear scientific in our methodology may prevent us from considering other, less logical and more magical solutions, which can be cheap, fast-acting and effective. The mythical ‘butterfly effect’ does exist, but we don’t spend enough time butterfly hunting.

Here are some recent butterfly effect discoveries, from my own experience:

1. A website adds a single extra option to its check-out procedure – and increases sales by $300m per year
2. An airline changes the way in which flights are presented – and sells £8m more of premium seating per year
3. A fast-food outlet increases sales of a product by putting the price … up

All these disproportionate successes were entirely illogical. All of them worked.

It’s true that logic is usually the best way to succeed in an argument, but if you want to succeed in life it is not necessarily all that useful; entrepreneurs are disproportionately valuable precisely because they are not confined to doing those things that make sense to a committee.

When you demand logic, you pay a hidden price: you destroy magic. And the modern world, oversupplied as it is with economists, technocrats, managers, analysts, spreadsheet-tweakers and algorithm designers, is becoming a more and more difficult place to practise magic – or even to experiment with it. I hope to remind everyone that magic should have a place in our lives – it is never too late to discover your inner alchemist. 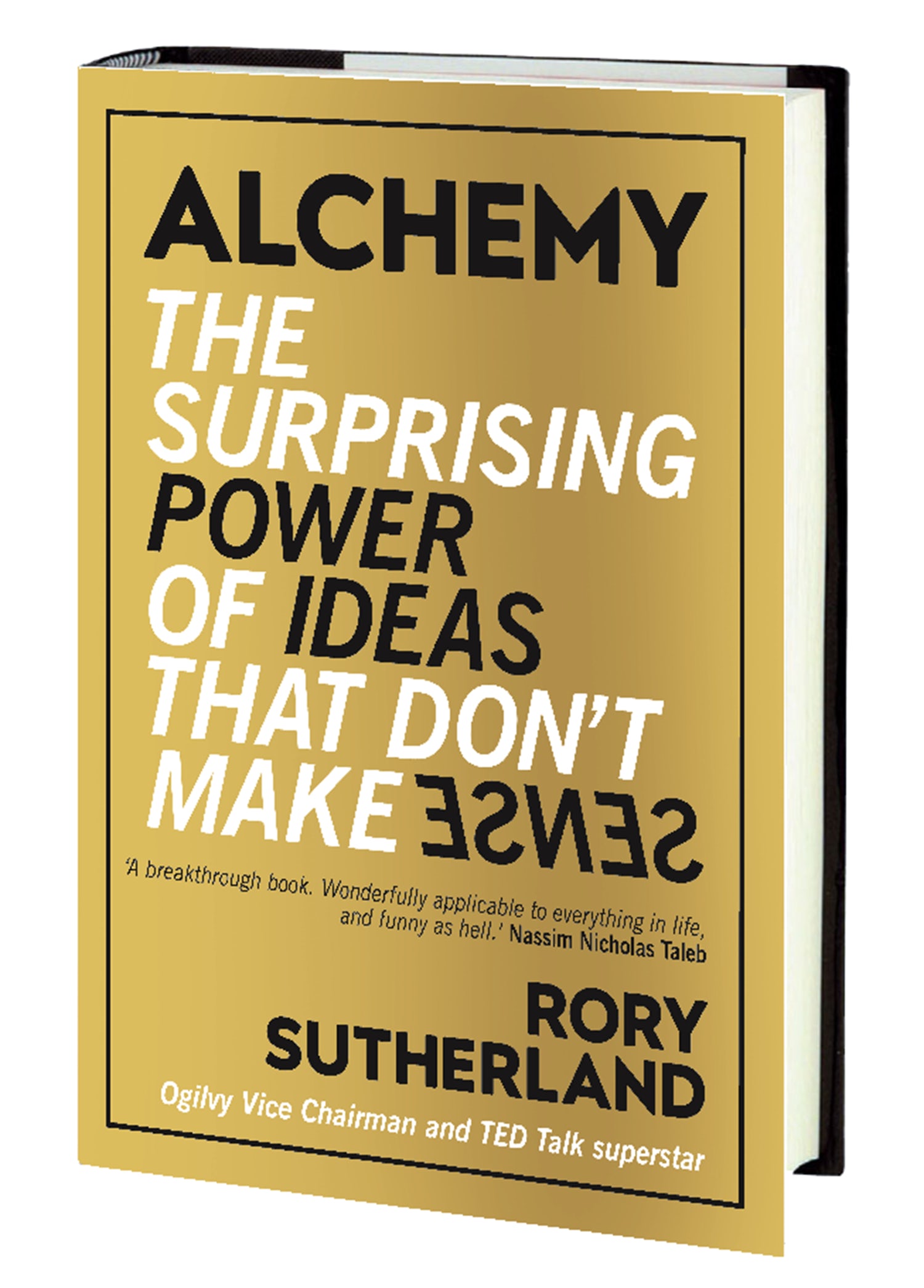 Alchemy: The Surprising Power of Ideas That Don’t Make Sense by Rory Sutherland is published on May 9 by Penguin, priced £20; penguin.co.uk